From Russia with Love: The Story Behind Chanel’s High Jewellery

Transformed into a mirrored maze, evoking Gabrielle Chanel’s own mirror framed by the two-headed eagle of Imperial Russia, that hangs in the apartment on Rue Cambon, the presentation in which jewels lined the room only scratched the surface of what is a deeply informed narrative of romance, friendship, culture and symbolism. 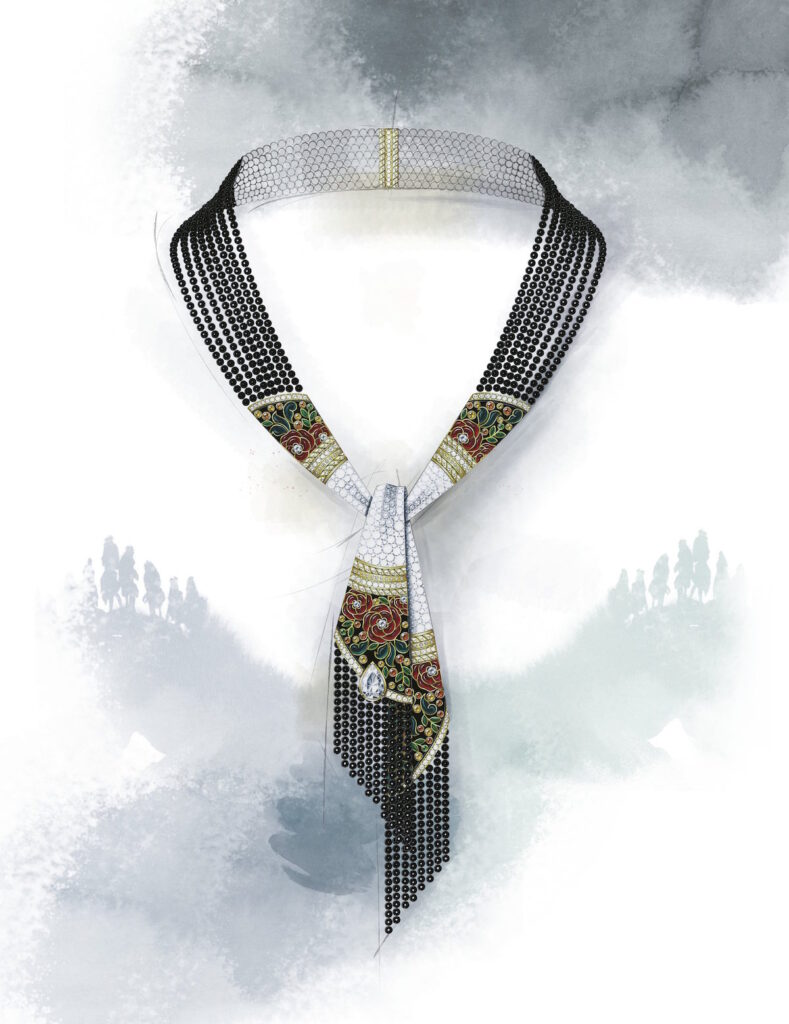 Chanel’s fascination with Russia began around 1917, when Russian emigré came to settle in Paris during the Russian Revolution. Aristocrats, artists and intellectuals escaped to the free-thinking city, bringing with them new traditions and culture out of which a ‘Russian Paris’ emerged.

Parts of the city became the stomping ground for the so-called wealthy White Russians, introducing the likes of famous composer Igor Stravinsky, art critic and founder of the Ballet Russes Sergei Diaghilev, and pianist Misia Sert into Gabrielle Chanel’s life.

“The Russians fascinate me,” she confided to French author Paul Morand at the time. But where her captivation began with friends, it soon turned to lovers when she was reacquainted with the Grand Duke Dmitri Pavlovich while holidaying in Biarritz in 1920.

They embarked on a passionate but short- lived affair which had a profound effect on Mademoiselle. He immersed her into the Russian way of life, and expanded her circle of friends with introductions to exiled nobles such as Prince Koutousso, who she hired as a private secretary. 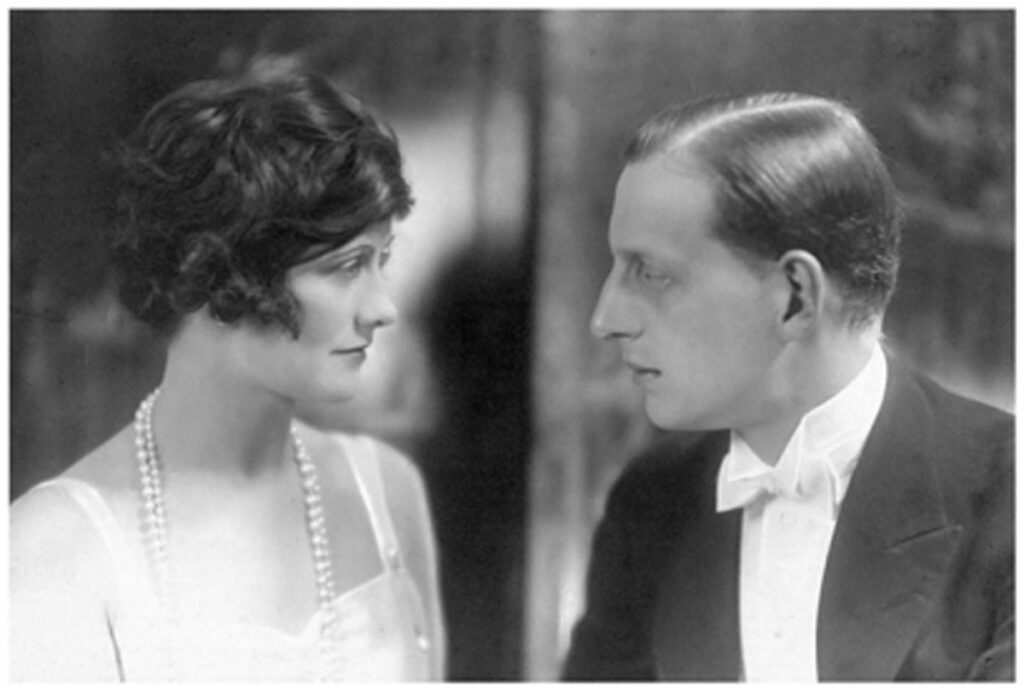 Russian influences began to filter down into her designs, enriching tunics that were once minimal – in the classic style of a Chanel dress – with motifs and Russian embroidery.

Other traditional Russian fashion influences in the form of fur capes, roubachka blouses, tunics and smocks were increasingly favoured by Chanel, and in turn by her clients. Even the Chanel No.5 fragrance was composed by the perfumer to the Russian court, Ernst Beaux.

Surprisingly she never travelled to Russia, instead choosing to keep it as an imagined place, conjured by the stories told to her by her artist-aristocrat friends, and by carefully selecting Russian-inspired artefacts for her apartment at 31 Rue Cambon, where still today the iconic mirror framed by a gilded, two-headed eagle, a symbol of imperial Russia, hangs at the centre of the living room. 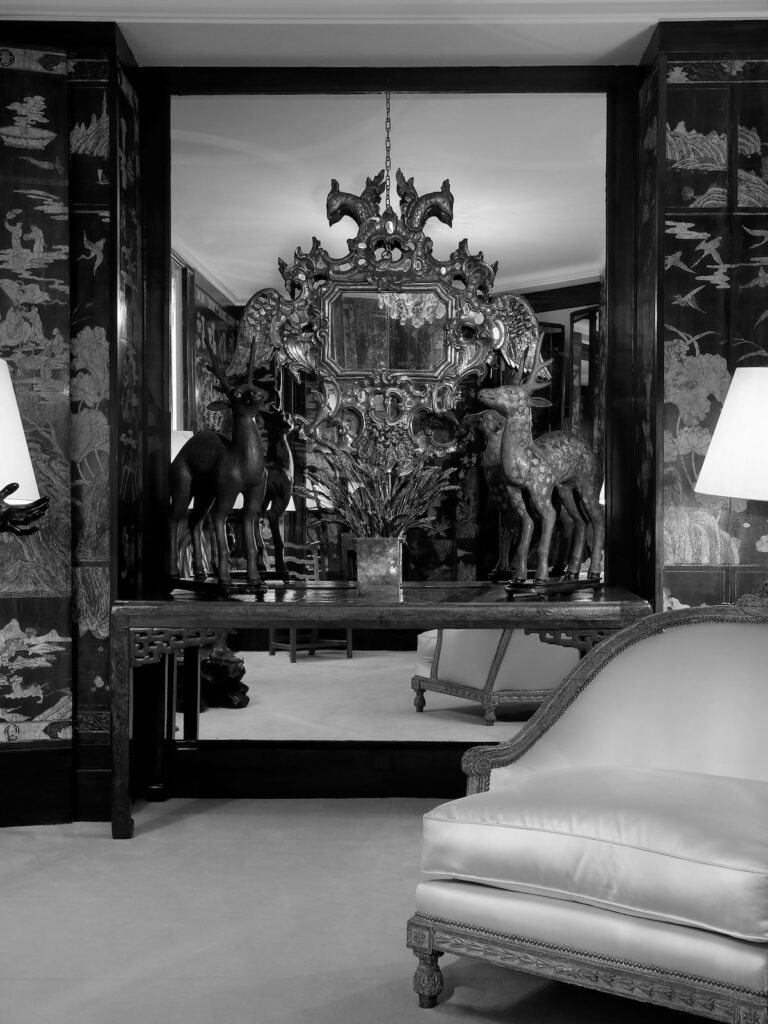 The mirror with two-headed eagle that hangs in Mademoiselle Chanel’s apartment on Rue Cambon, Paris

It’s this mirror that informs much of the story of Le Paris Russe de Chanel high jewellery collection, appearing in numerous iterations from two-headed eagle clasps, to the octagonal shape of the mirrored glass at its the centre – also the shape of the No.5 fragrance’s bottle stopper – appearing as the settings in pieces such as the Sarafane and Aigle Cambon rings.

“This collection is a dream of Russia for Chanel,” explains Patrice Leguéreau, director of Chanel Jewelry Creation Studio. “She never went to Russia, so it’s the vision of Chanel seen through the mirror in her apartment.”

The 63-piece collection took two years to create, as is the standard timeline for a high jewellery collection at Chanel, and it is the first to introduce the eagle into Chanel Fine Jewellery’s repertoire of motifs, joining the camellia, the feather, the lion (for Leo, Chanel’s astrological sign), and the wheatsheaf as house icons that Patrice will revisit in his collections so as to “establish it in Chanel’s universe.” 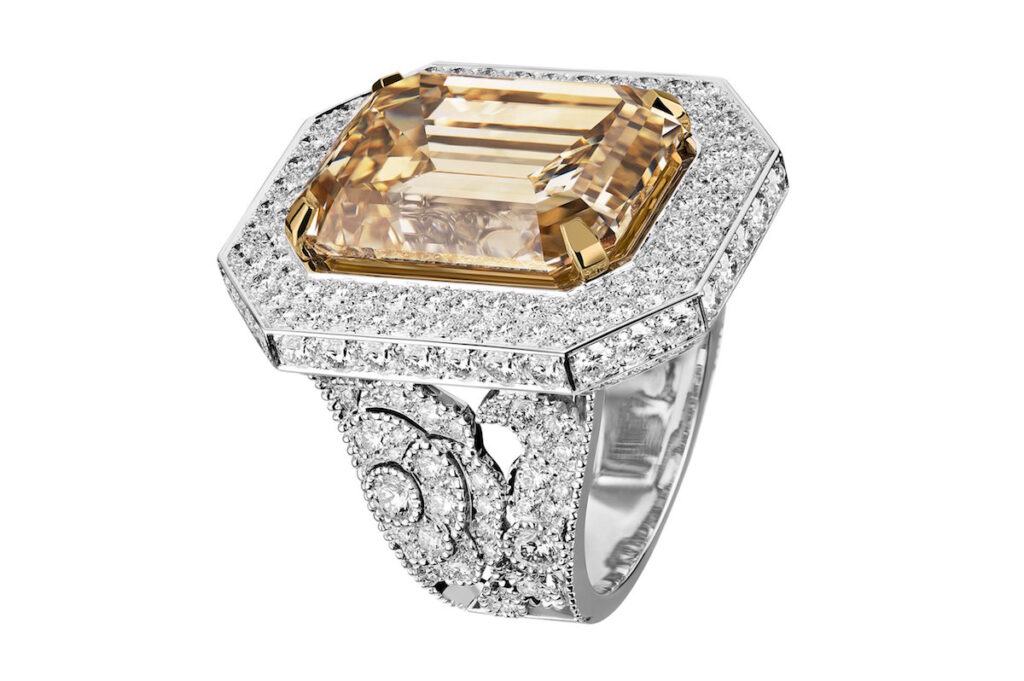 For some jewellery maisons, the inspiration for a collection begins with the stones; at Chanel, says Patrice “it starts with the idea. It is the story we want to tell, and we want to develop. Then the drawings, the inspiration, the crossover between them creates the link between Chanel and Russia.”

Unlike Chanel, he did travel to Russia, for the first time in 2013, to fully immerse himself in its culture before starting on his sketches. Looking to Chanel’s past designs inspired by the region, to her apartment, her relationships and to the techniques used in Russian jewellery-making to inform his creations.

Some pieces demonstrate more obvious influences than others, for example, the Blé Maria brooch which resembles a Russian military badge or epaulette, adorned with a shocking yellow mandarin garnet at its centre with coloured tourmalines representing traditional embroidery.

The Folklore set of earrings, cuff and ring with a rich red enamel base, is an obvious homage to the country’s love of opulence and colour, and the Perlé technique seen in the Sarafane pieces creates Russian-inspired beadwork.

“They all bring something different to the message, to the story,” shares Patrice. “Some are very technical pieces and some, like the cuffs, are very rich in style, very Chanel.” Other pieces are a celebration of what the maison is recognised for: exceptional, wearable creations set with hundreds of sparkling diamonds – like the Aigle Cambon. 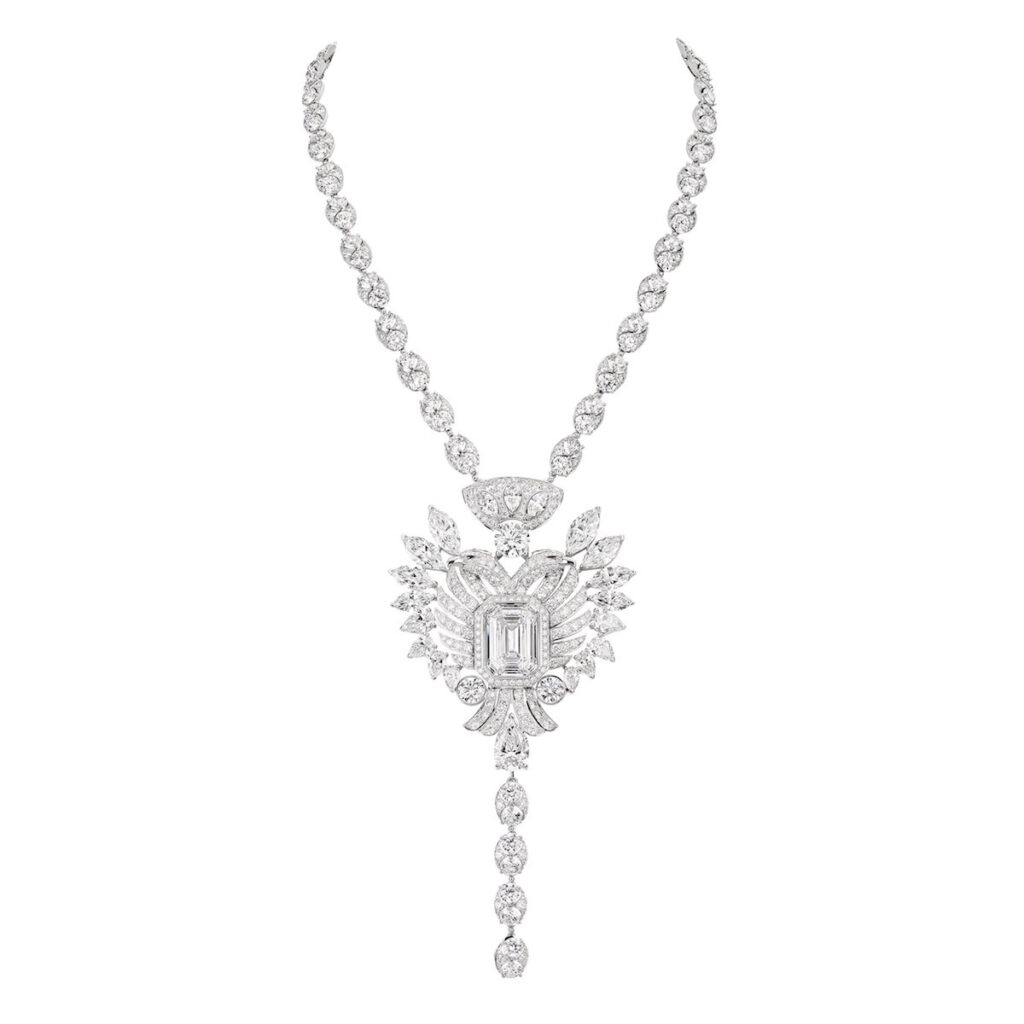 “Pieces have to be worn by a woman and have to be easy to wear, and be comfortable. This is a very spectacular necklace because of the stones, but the look of the necklace is quite easy to be worn, it’s very flexible, and this is also very important.”

A collection that fuses rich culture, history, passion and romance, with exquisite craftmanship and comfort, Le Paris Russe de Chanel is a sensitive homage to the storied maison’s female protagonist, and to the women who she inspired, and continues to inspire today.