Chanel celebrates the 20th anniversary of its most iconic timepiece with a new iteration of the model that pays homage to the historic house it was born from.

Launched at the turn of the century, Chanel’s J12 watch has become timelessly iconic. First introduced in its sleek black ceramic, sporty style in 2000, the timepiece has seen two decades of design, reinvention and transition — and while it has evolved with the times, its classic silhouette has ultimately remained the same.

To mark the J12’s milestone, the maison of Chanel has introduced a new limited-edition J12.20 watch. More playful than its predecessors the reimagined wrist wear is decorated with twenty polished rhodium-plated motifs that mirror the codes of the luxury French fashion house. 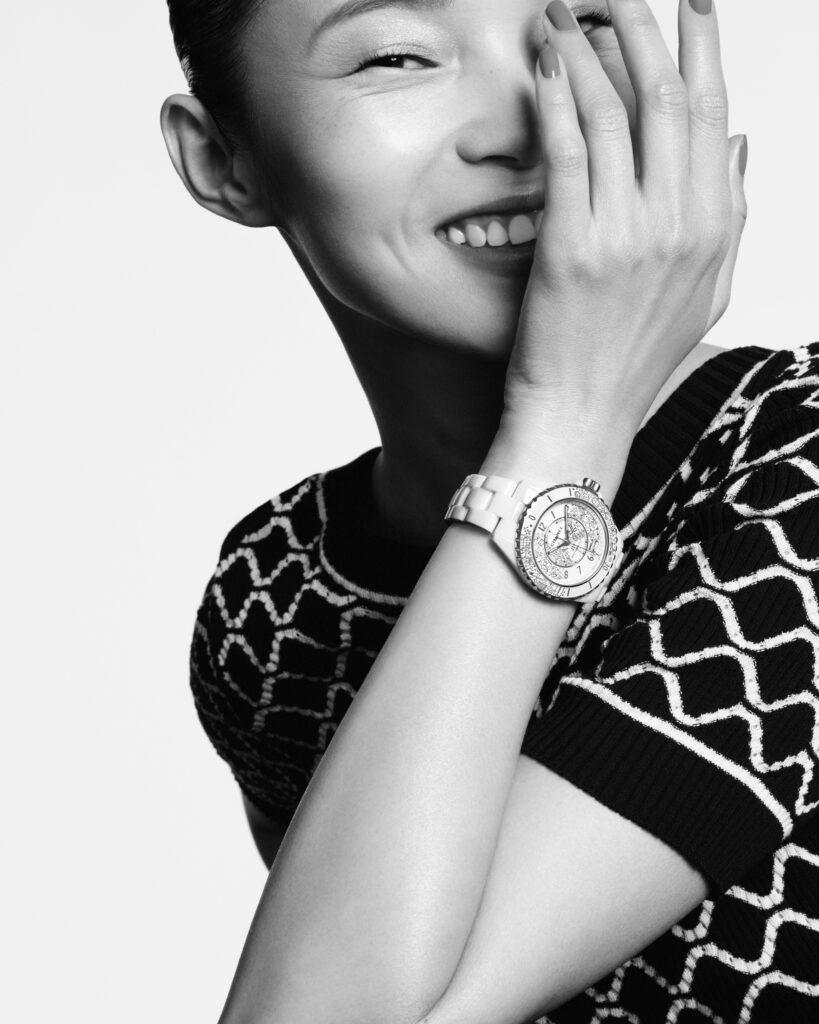 Every symbol is a tribute to the maison that Coco Chanel built; from her favourite bloom, the camellia, to love of her stars, marked by the comète. A quintessential tweed jacket, a bottle of N°5 perfume, a cult 2.55 handbag and a pair of pumps can also be spotted on the  bezel and dial of the new J12.20, all referencing the house and Gabrielle Chanel herself.

Punctuated with 12 brilliant cut diamonds, the white ceramic style with its white-lacquered dial set is limited to 2020 pieces, and the house have also unveiled a Haute Horlogerie enameled version in white or original black, which is numbered and limited edition of 5 pieces. The stunning enamel iteration showcases an 18K white gold bezel and dial which is adorned with champlevé enamel motifs and set with 20 sparkling diamonds that perfectly honour the occasion.

Watch Chanel’s campaign to introduce the J12.20 watch and celebrate the 20th anniversary of the house’s classic timepiece. Chanel.com

Timeless Timepiece: The Enduring Appeal Of The Rolex

A Matter Of Time: Everything You Need To Know About Buying An Investment Watch