Image, Heritage, and Style Director at Cartier, Pierre Rainero explains why the [Sur]naturel high jewellery collection represents a new and evolving path for the Maison

Flowing lines, flexible mounts and exquisite stones are the starting point of every Cartier high jewellery collection and [Sur]naturel is no exception. The toppling of the mineralogical hierarchy has gained momentum since we first witnessed it in 2019’s Magnitude collection, which brought us regal diamonds rubbing shoulders with more humble rutilated quartz, tourmaline and lapis lazuli. This stone revolution continues with [Sur]naturel’s series of original jewelled interpretations of flora and fauna, its style sitting somewhere between the abstract and figurative. On the one hand, water, plants, and animals are explicitly represented, while on the other, creations retain only the spirit of their primary energy in a multitude of details. 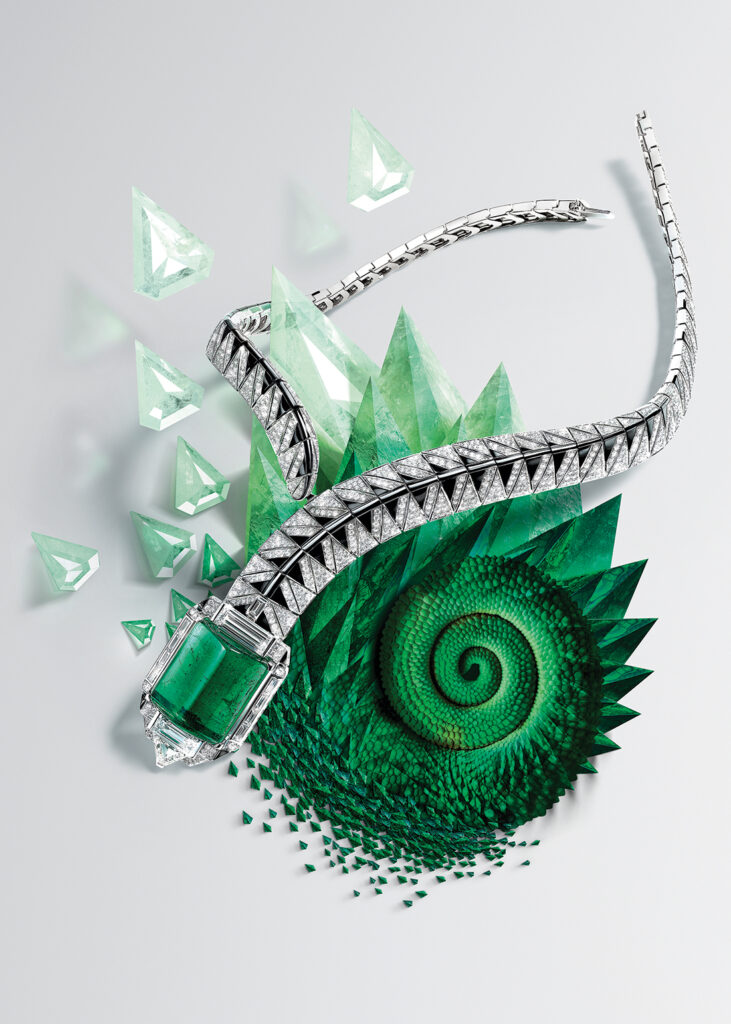 Cartier highlights what is the most precious and most archaic, most beautiful and most mysterious: stones. Diamonds, emeralds and sapphires are combined with opal and kunzite, coral and aquamarine, beryl and quartz. Image, Heritage, and Style Director at Cartier, Pierre Rainero explains why the latest high jewellery collection represents a new and evolving path emanating from the rich creative legacy of the Maison. “I think that every new collection shows how the idea and vision of Cartier style that Louis Cartier had at the beginning of the twentieth century is living, in a very bold and contemporary way,” he says. Rainero believes that Louis Cartier’s founding elements are what allow us to recognise a Cartier piece immediately. “By definition I would say that there is a sense of evolution and exploration of new areas, in terms of aesthetics, which were the vision and the will of Louis Cartier when he founded the pillars of Cartier style.” For Rainero, the collection encapsulates how the Maison has always sought to reimagine jewellery. “Cartier is pushing the boundaries, in terms of shapes,” he says. “For many years and still now, other cultures were an incredible source of inspiration. Nature is also particularly important. But it could be architecture or it could be other artistic expressions that are a permanent context and the source of ideas.” 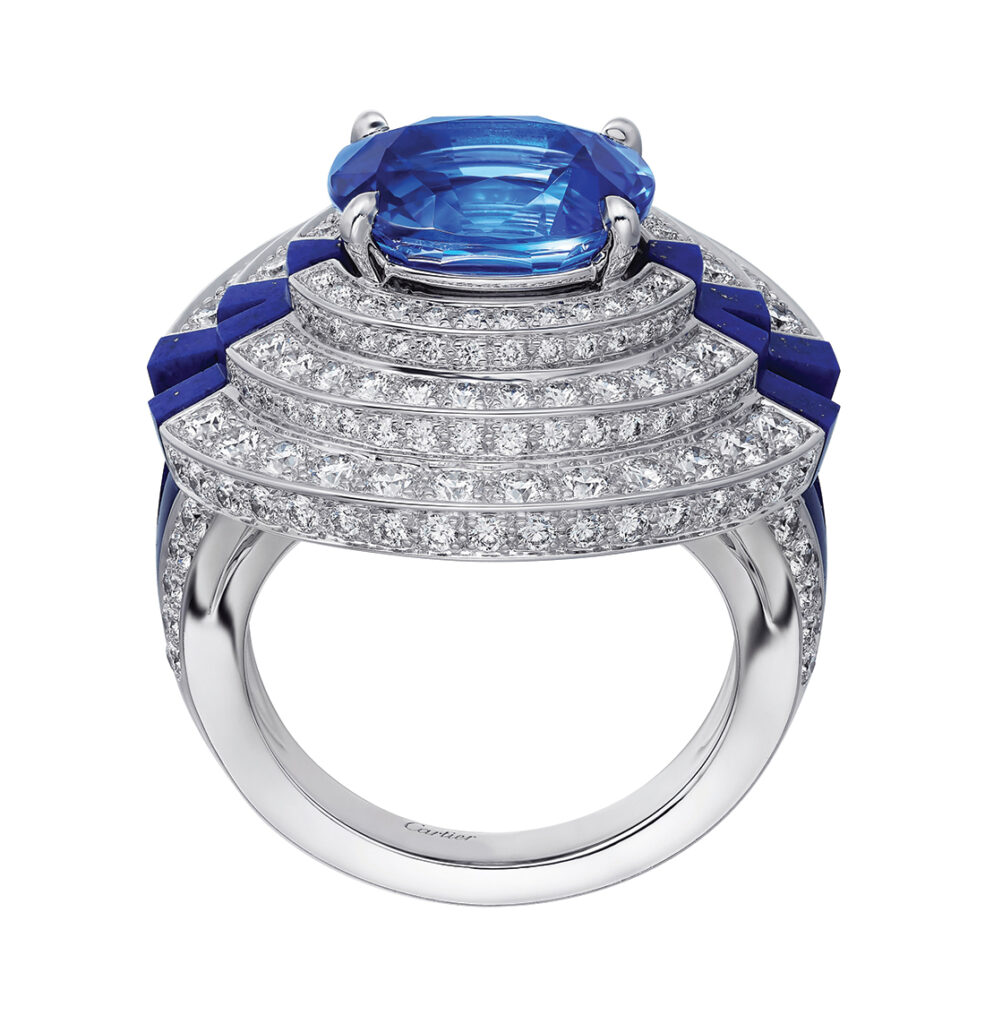 A menagerie of magnificent creatures has always been at the core of Cartier’s most legendary creations, and Rainero shares his perspective on combining unique new creations with the hallmarks of the Maison. “When we work on a specific piece, our intention is not to mention all the characteristics of the Cartier style, it is only some facets that are expressed. So no single piece bears all the founding elements of Cartier.” This, he believes, is the joy of the exercise. “It is only in observing different pieces that you can measure the different facets of the Cartier style.” With [Sur]naturel, the bestial theme takes on a new abstractionist edge in the form of five exquisite necklaces – Hemis, Tillandsia, Sinopé, Gharial, and Opheis – as well as a charming wristwatch, the Panthère Tropicale. Rainero believes that living creatures are a wonderful theme of inspiration for shapes and patterns, not only because of their movement but also their symbolic value. “Animals are a strong metaphor for the personality of a human being. So it is a choice that Cartier made to offer that possibility for women to express a facet of their personality through their jewellery, and to associate themselves with a creature treated or imagined in a certain way.” He goes on to explain that it is not only a figurative animal that is the first dimension of a symbolic value, but the fact that it is stylised by a certain pattern or theme which allows the viewers and the wearers of a piece to go in different directions and to express something different. “That’s our role and mission, to offer all those possibilities to our clients to express themselves in a very special and personal way, and that’s the magic role of jewellery, which is why I think jewellery is so original, in terms of artistic expression.” 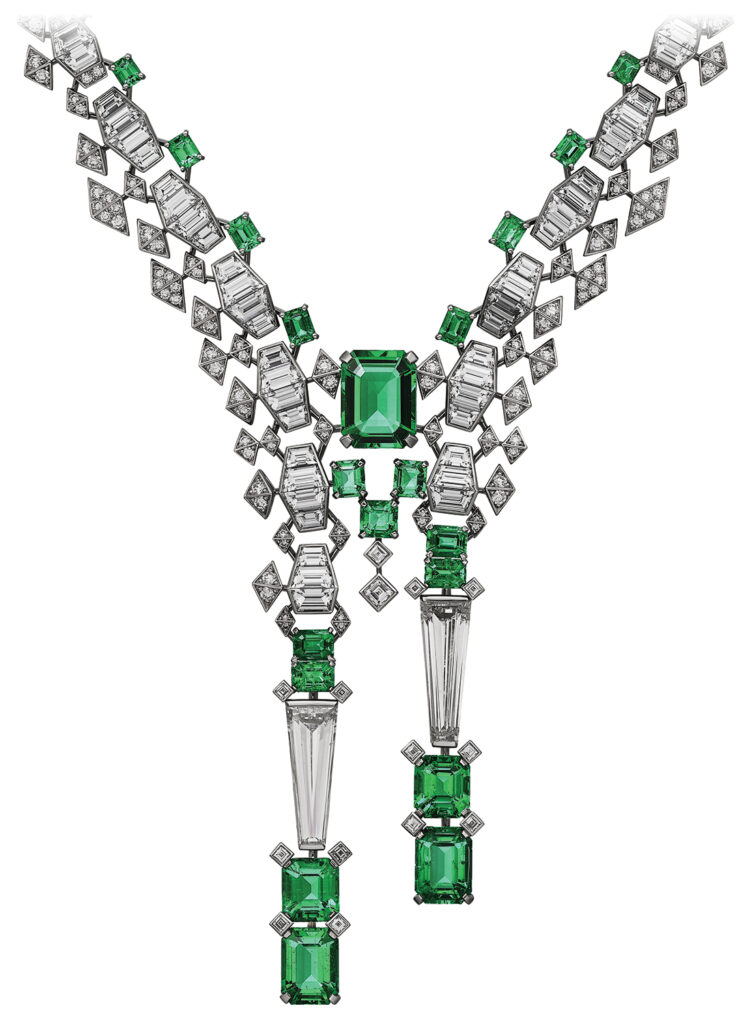 Nature as a source of inspiration for the Maison, and high jewellery in general, is far from novel, but this collection is quite removed from the naturalistic, romantic depictions of flora and fauna that dominated when Cartier was established in the 19th century. These pieces represent more abstract takes on the theme – Rainero talks us through his favourites. Hemis uses opals that appear to have been plucked from the bed of a serene river to create an abstract vision of Cartier’s iconic panther. A close collaboration between the Maison’s designers, cutters and gem experts, the opals resemble the black cat’s spots. At the centre of the design, an elegantly shaped and intensely pink kunzite is shot through with purple veins. Weighing an impressive 71.80 carats, it is completely devoid of visible inclusions. “This piece goes beyond the boundaries of figuration, of course, and also stylisation, and goes towards abstraction in a totally different way, meaning that only the shapes of the stones are an evocation of the pattern, of the fur of a wild animal.” The Sinopé necklace is inspired by the different states of water, in a style reminiscent of the Art Deco era. Its supple curves effortlessly evoke the movement of waves in ripples of diamonds, with drops of sapphires and a delicate border of lapis lazuli on the top edge of the piece. Fluidity and flexibility are also integral to the Opheis necklace, a stylised representation of the snake. Designed in such a way that the diamonds are staggered, with onyx triangles mimicking the creature’s spine, Cartier’s craftspeople have captured the beauty of snakeskin while creating the illusion of movement. An extraordinary 53.94 carat intense blue-green Zambian emerald dominates the piece, while the unusual rectangular cabochon with rounded sides was chosen because it resembles a snake’s head. Another Cartier creature to receive the hyper-realised treatment is the crocodile, rendered in octagonal diamonds and emeralds to create the Gharial necklace. 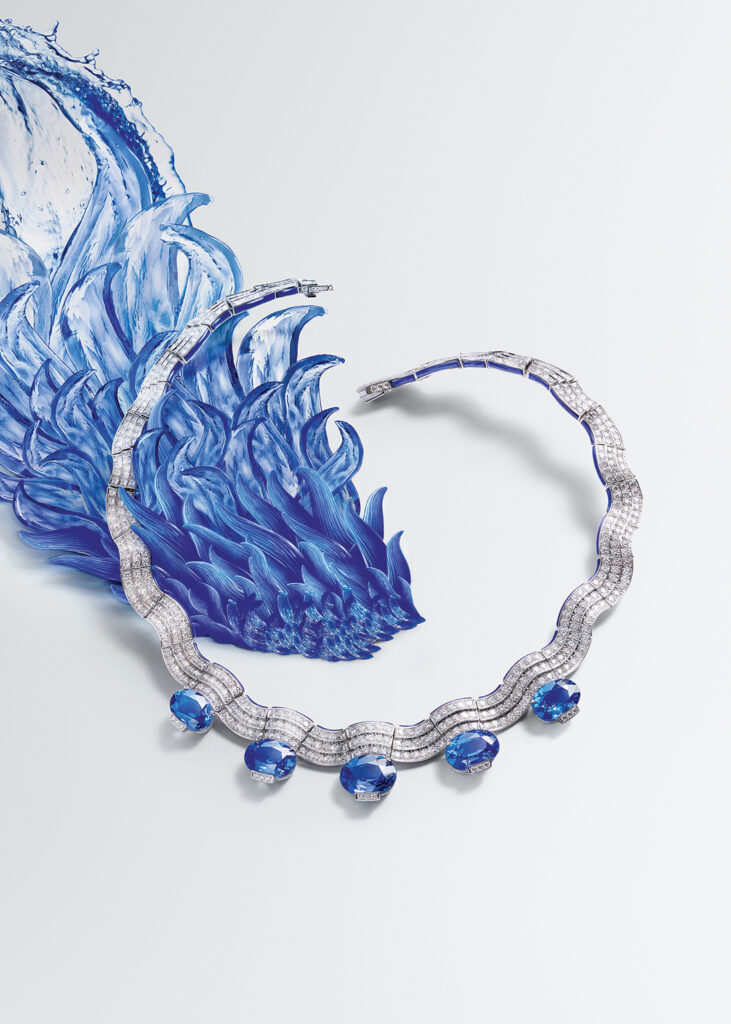 Perhaps Cartier’s most recognisable animal is its panther, designed and championed by Jeanne Toussaint under Louis Cartier in the early 19th century. The onyx spots of the Panthère Tropicale bracelet watch and ring pay homage to that heritage. Diamonds are flecked with onyx dots that evoke panther fur, juxtaposed with regimented red coral baguettes, while aquamarines and tourmalines offer a mix of materials that is very much in the spirit of Jeanne Toussaint herself. For Rainero, the idea of an animal theme, and specifically that of the panther, was an opportunity to work aesthetically in an innovative way. “I think the panther’s movement and any other animal’s inspiration gave us the opportunity to go very far in terms of interpretation, and very early.” Although work began on the collection two years ago, Rainero says its theme is well timed for a period when the world has been enduring lockdown, allowing nature to reassert itself. By stepping into fantasy there can be a sense of joy. [Sur]naturel, he believes, offers a form of escapism through nature and imagination in these uncertain times. “I think art, or art expression in general, has been especially important during the recent period. It is very important to be touched and to feel emotions through arts, and jewellery is at the crossroads of that – it is an art expression, but also very much linked to expressing the feelings that exist between human beings.” He concludes that this is probably the reason that, “jewellery in this period is seen like an object that is very precious, not only in terms of value, but precious in term of what is important in life.”

Read Next: All The Best Pieces From Cartier’s New Objects And Accessories Collection