Kicking things off into high gear on day one of Milan Fashion Week was Alberta Ferretti, Jil Sander and Moncler. In addition to the already-good line-up of show contenders, Gucci had also officially made its triumphant return to the calendar.

After the brand’s French trilogy with a Spring/Summer ’19 show in Paris’ Le Palace nightclub, a Pre-Fall ’19 showcase in the City of Love and a Cruise ’19 runway at the Alyscamps cemetery in Arles, we were in for yet another theatrical and maximalist show we’ve come to expect (and love) from the brand.

The showcase took place at the Gucci Hub headquarters in Milan, and undoubtedly marked one of the brand’s largest shows to date – even though there were no life-sized head props floating on the runway.

In true Gucci DNA, Alessandro Michele sent down models that mixed high-fashion with streetwear. Tailored suits, a fresh take on menswear trousers, achingly cool accessories and a spark of influences exploded onto the runway.

However, it seemed like there was plenty to add to the Michele lexicon too.

Masks, kneepads and painted gold were key motifs throughout the show and it proved Michele’s eclectic sense of direction. Whilst the masks did portray a meaningful message of identity, it also heightened the designer’s whimsical and theatrical traits for the luxury house. 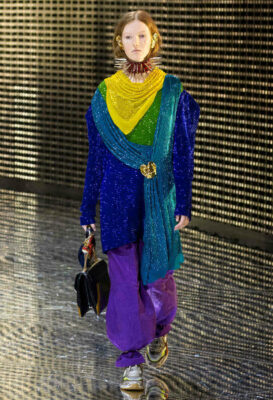 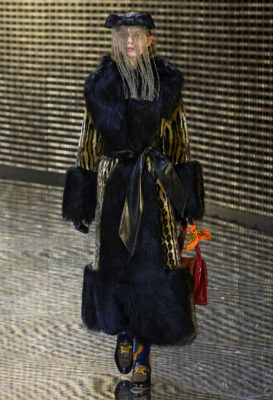 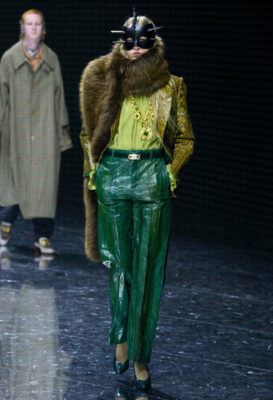 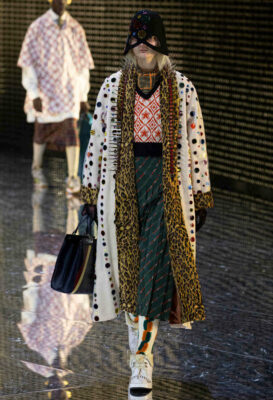 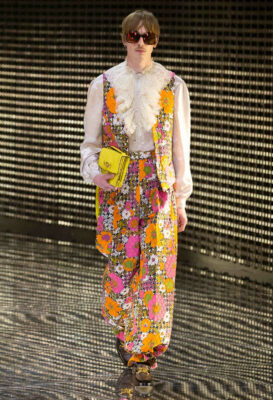 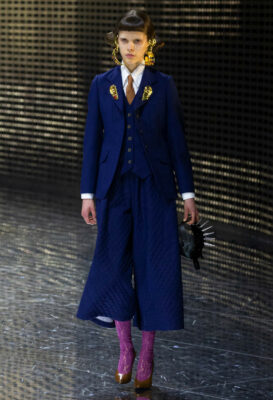 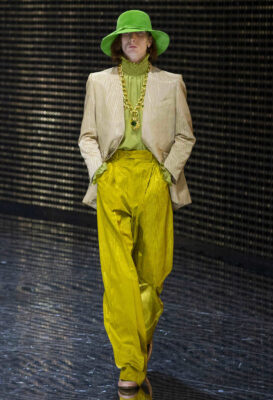 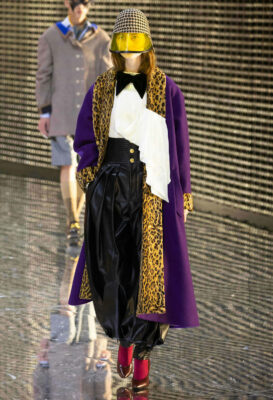 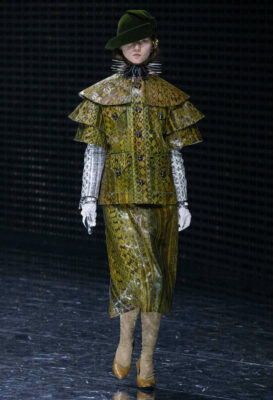 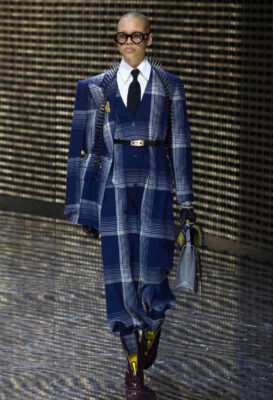 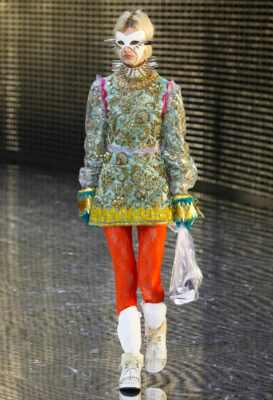 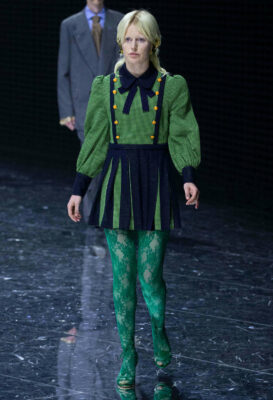 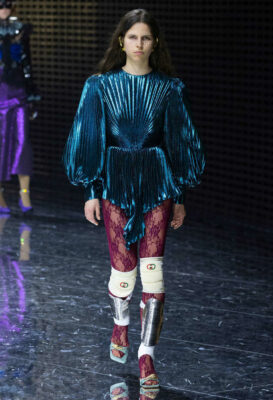 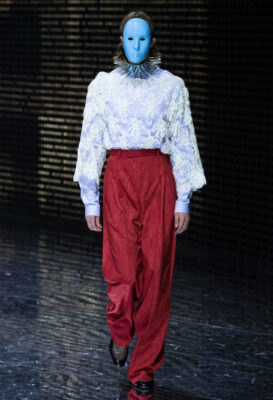 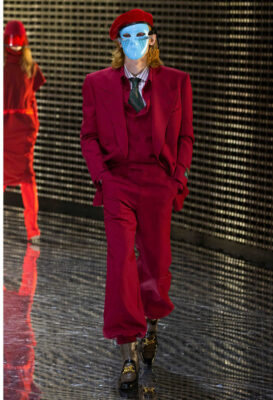 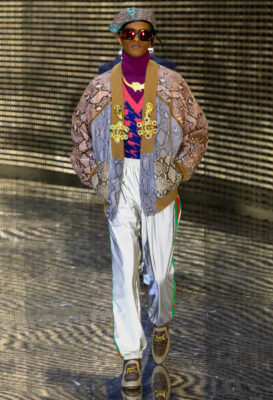 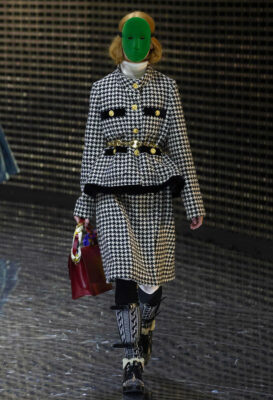 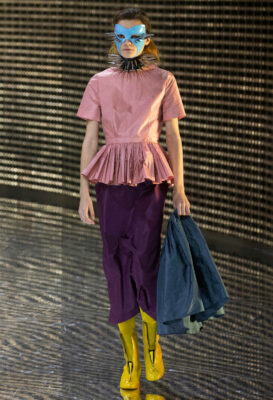 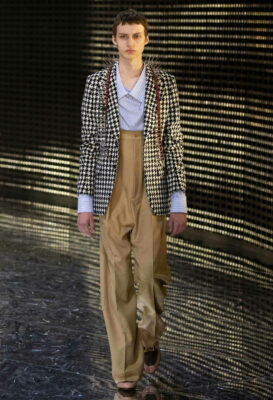 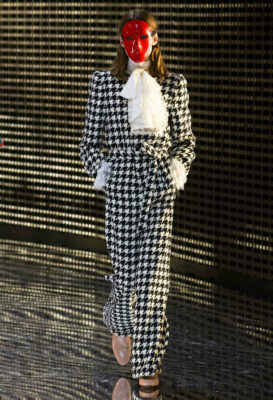 Then, read more about why Burberry is currently facing backlash over Riccardo Tisci’s new designs.

Back to Business: Meet The UAE’s Most Stylish Entrepreneurs