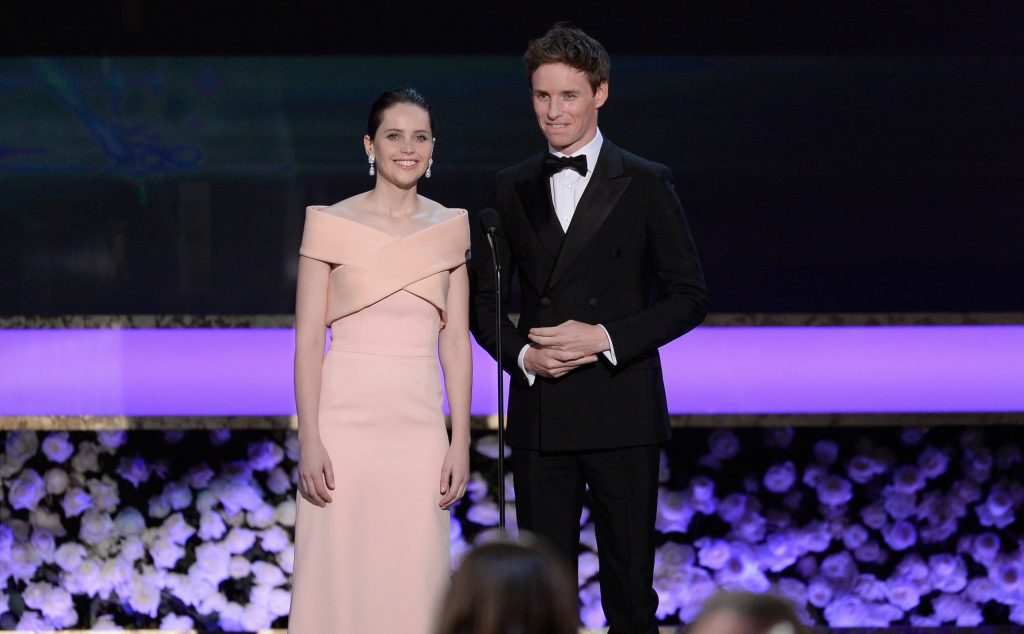 The Screen Actors Guild Awards took place in Los Angeles last night and the stars came out in force to celebrate the only awards show dedicated to performers. Julianne Moore and Eddie Redmayne took top honours once more in what is surely a precursor to walking away with an Oscar statuette each. The cast of Birdman were honoured, as were the ensembles in Orange is the New Black and everybody’s favourite costume drama, Downton Abbey. Not only did these actors turn out stunning performances, they certainly know how to bring their A-game to the red carpet. Read on for the MOJEH.com best dressed. 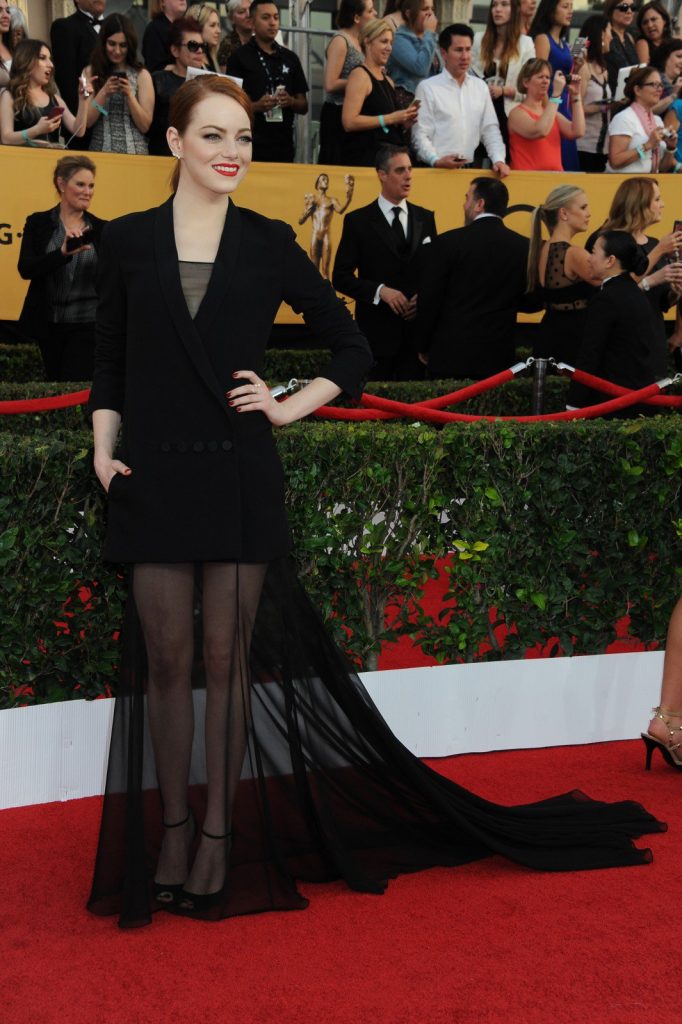 Emma Stone is on a masculine trend inspired run this year and frankly we love it.  Wearing a tuxedo dress by Dior Haute Couture for the SAG Awards she is styled to perfection with a red lip, slicked back hair and Repossi ear cuff. The double SAG nominee is consistently spot on when it comes to expressing her personality through her choice of outfit. This is the dress that tripped up Naomi Watts on stage (Emma’s horrified expression during the stumble is priceless) but that doesn’t make us like it any less. 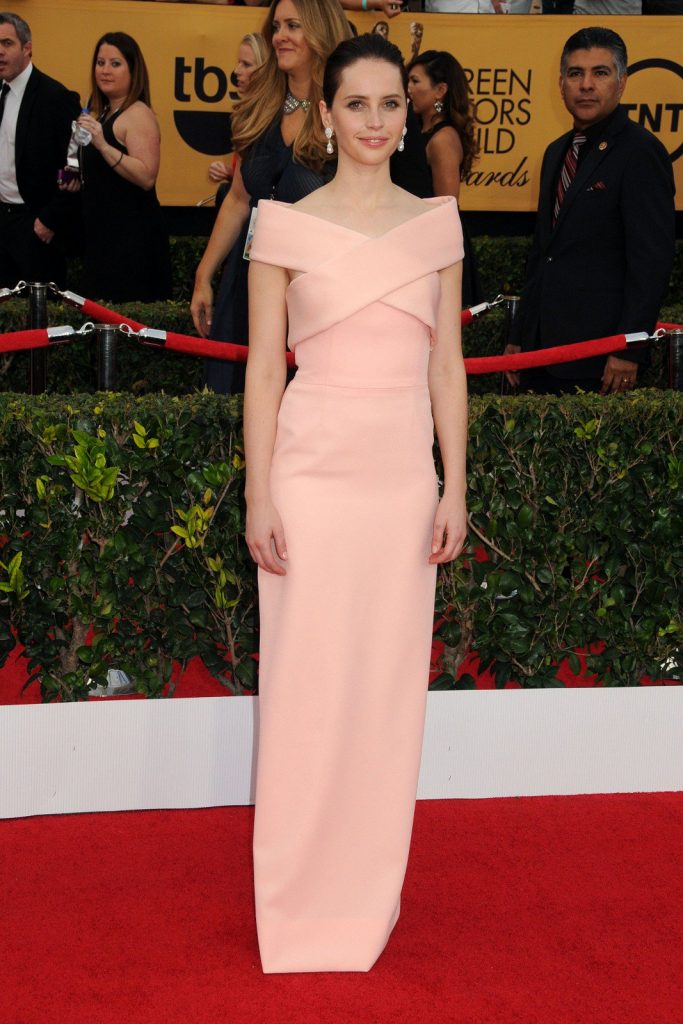 Nominated for her role in The Theory of Everything, Felicity Jones is a study in simplicity in this blush Balenciaga gown with a crossover neckline (a design detail seen in the line’s spring/summer collection) and paired with Van Cleef & Arpels jewellery. Not afraid to take a fashion risk – favouring a series of voluminous Dior gowns for recent premieres as well as the Golden Globes – the British actress has well and truly arrived on our style radar. 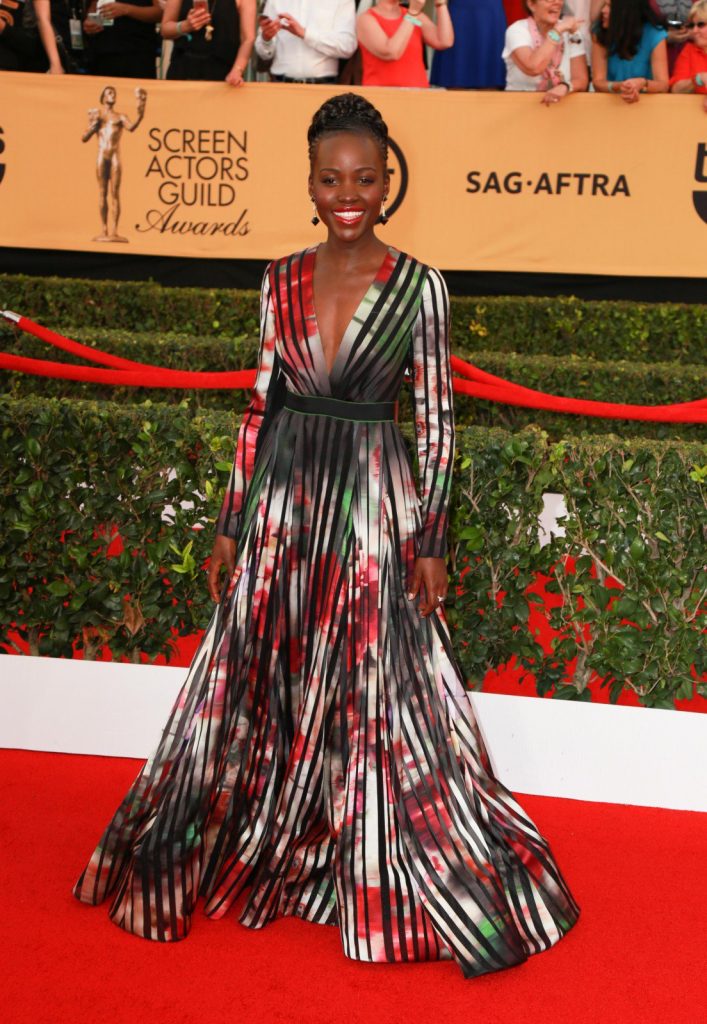 Lupita Nyong’o had a stellar 2014. Winning an Oscar and shining on the red carpet at every turn in bold, block colour that announced her arrival in the big league. She has taken a new direction for 2015; playing with more pattern and embellishment to exquisite effect. This Elie Saab gown combines a tricky-to-wear abstract floral pattern with stripes and yet Lupita carries it off with aplomb, the Fred Leighton jewels adding a complementary dash of sparkle. 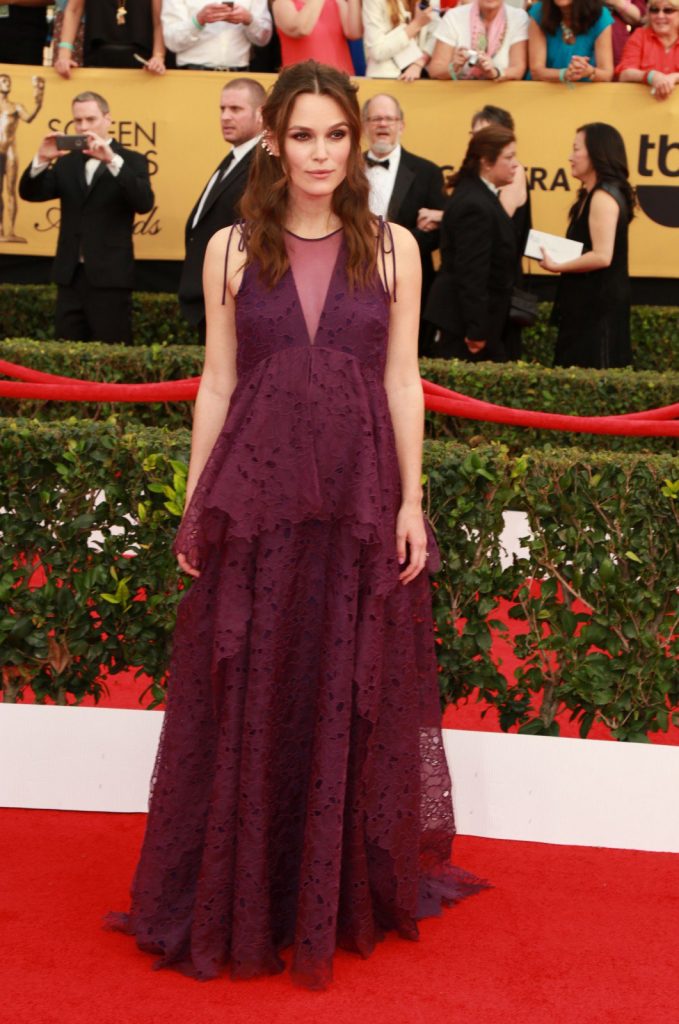 Keira Knightley had a fairytale moment at the Golden Globes earlier this month in a custom Chanel gown from its Metiers d’Art collection. Continuing in a whimsical direction at the SAG Awards, the pregnant actress turned to an aubergine lace creation by Erdem with loose tiers and just the right amount of sheer. Keira’s tumbling waves and glowing skin provided a beauty backdrop that took us straight to red carpet bohemia. 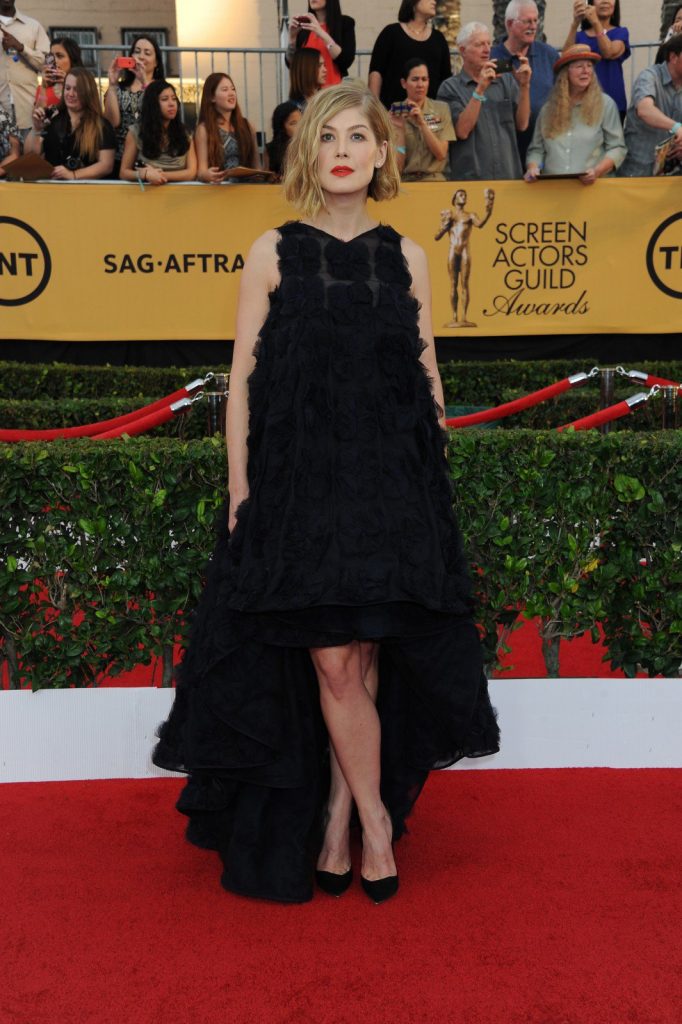 Rosamund Pike lost out on this occasion to Julianne Moore’s brilliant performance in the category of Outstanding Performance by a Female Actor in a Leading Role. Yet she is a winner in the style stakes in an appliquéd Dior Haute Couture gown with a striking trapeze silhouette that demonstrated a return to fashion-forward form following a Golden Globes dress by Vera Wang that underwhelmed. Offset with a wavy bob and bold lip, this is a fresh, modern look that brings a whole new dimension to the little black dress.