My Style Story by Zayan Ghandour

Hailing from Lebanon and establishing firm roots in Dubai, business woman Zayan Ghandour has a success story behind her unlike any. After opening 10 S*uce stores in the UAE in 10 years, she’s only just getting started. From designing to buying, her sense of creativity and taste are unique to her. As she goes back to the beginning, she writes and shares her own style story. 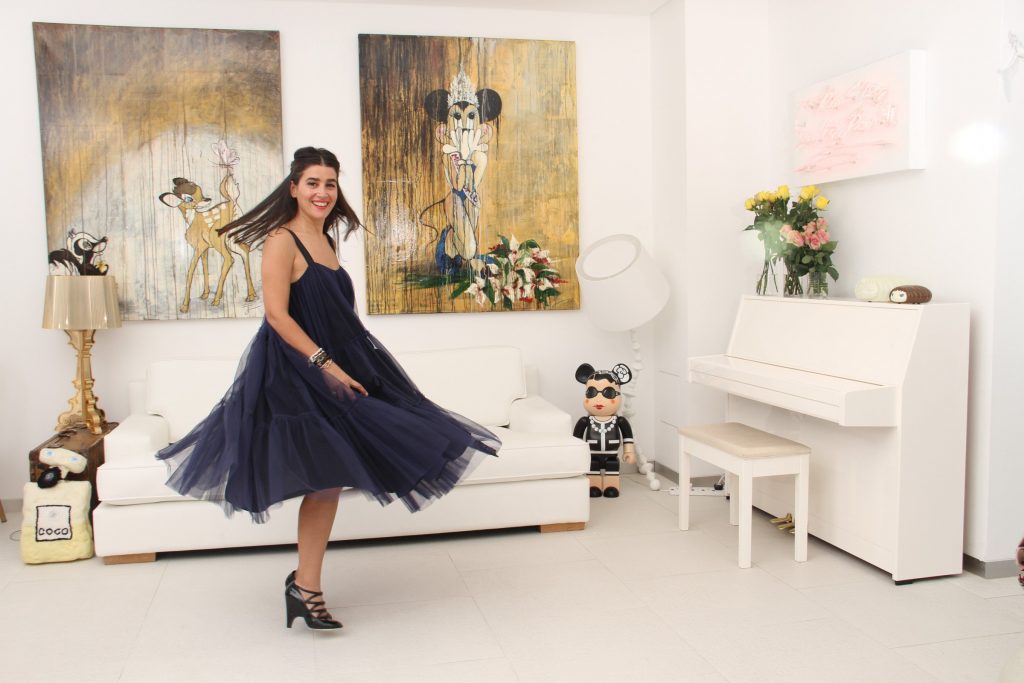 I vividly remember when my mother brought the first ever catalogue-shopping experience to Beirut when I was around 10 years old. At a time when there was no Internet and no personal shopper on speed dial. The concept of shopping in the privacy of your own home proved to be a huge success. I remember being impressed by how you could flip through pages and pages of fashion, and then all you would need to do is pencil down your choices and have it delivered right to your doorstep. I think this is when I started to think about how interesting the fashion business can be.

I love doing things in unconventional ways and bringing in new ideas to revolutionise old concepts. When people used to ask me, ‘What do you want to do when you grow up?’ I always answered,  ‘I want to be like my mama.’ But I guess I ended up working in fashion by sheer coincidence after I met my partners at a dinner party a year after I moved to Dubai. We spoke about how much we would love to have access to our favourite young designers – the ones we only get to buy from while on holidays abroad. The next thing I knew we were writing a business plan and scouting for a location for our first store. I always talk about how organic and seamless the entire process of opening our first store on Jumeirah Beach Road was. We did not have electricity in the store for the first 10 days when we opened so we had to rely on natural sunlight and close before sundown. We did manual invoices and were the ones selling on the shop floor ourselves until we found our first sales lady. We then worked out of the stock room for the first year and then upgraded to a permanent table at the adjacent Shakespeare and Co Café where we would meet our suppliers. It was not until we opened our fourth location in Dubai Mall that we moved to a proper office, which was a charming little villa on Al-Wasl Road.

I am one of five girls. I grew up in war-ridden Beirut where we would be sleeping in a shelter all through the night and then go home to get ready to go to school in the morning. I think like all other Lebanese people who grew up under such circumstances, I learned how to make the most out of every situation. So as children our parents would still take us to do activities and go to the beach as long as we made it back home before the curfew and as teenagers we were allowed to go out with friends and to parties as long as we avoided the front lines and had to be back home at the first bullet sound we heard. When the situation got worse and the schools had to shut down, I moved to London where I finished my O-levels and A-levels. I love everything about London and I think that is when and where my passion for fashion was nurtured. 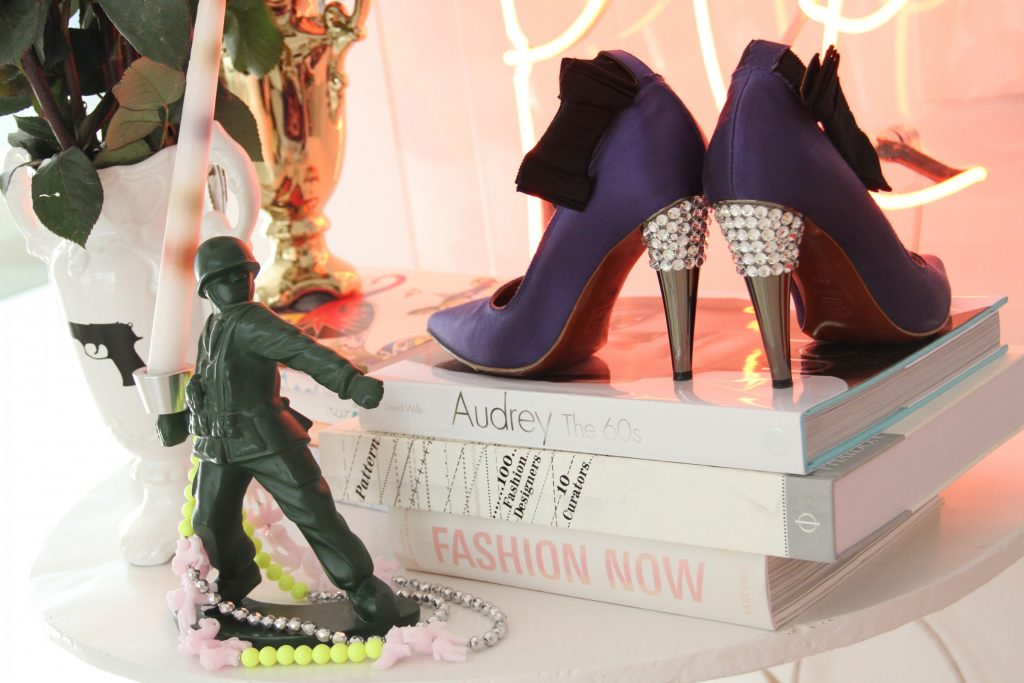 I graduated from the American University of Beirut with a BA in Business Administration because my parents were adamant that I get a ‘solid academic degree’ before I pursued further education in areas that interested me. After I graduated I went back to London to take one fashion course after the other until I had to leave and settle back in Beirut. I began dabbling in making clothes for my sisters and friends, and started a small business of recycling wardrobes, where I would use people’s old clothes and make new designs out of them. The concept took off after I was interviewed by a popular TV program in Lebanon, but then I could not sustain doing it on my own so I eventually stopped and started working at The Herald Tribune Middle East as a fashion and lifestyle journalist. Very soon after I joined I found myself joining the political desk and became a city reporter covering stories, from demonstrations and sit-ins to allegations of political corruption and everything in between. I was constantly on call and had to deliver breaking news before printer deadlines on a daily basis. This was the best training I could have got. I learned how to be quick, efficient and creative, and the stories had to be sensational and capturing as much as they had to have all the correct facts.

It is unheard of today that kids like learning Arabic language (unfortunately including my own!) but I was totally into classical Arabic poetry and literature. I still love to write in both English and Arabic languages, which is something else I took from my mother. She writes beautiful Arabic poetry and produces radio programmes, which are aired on radio stations across all the GCC. 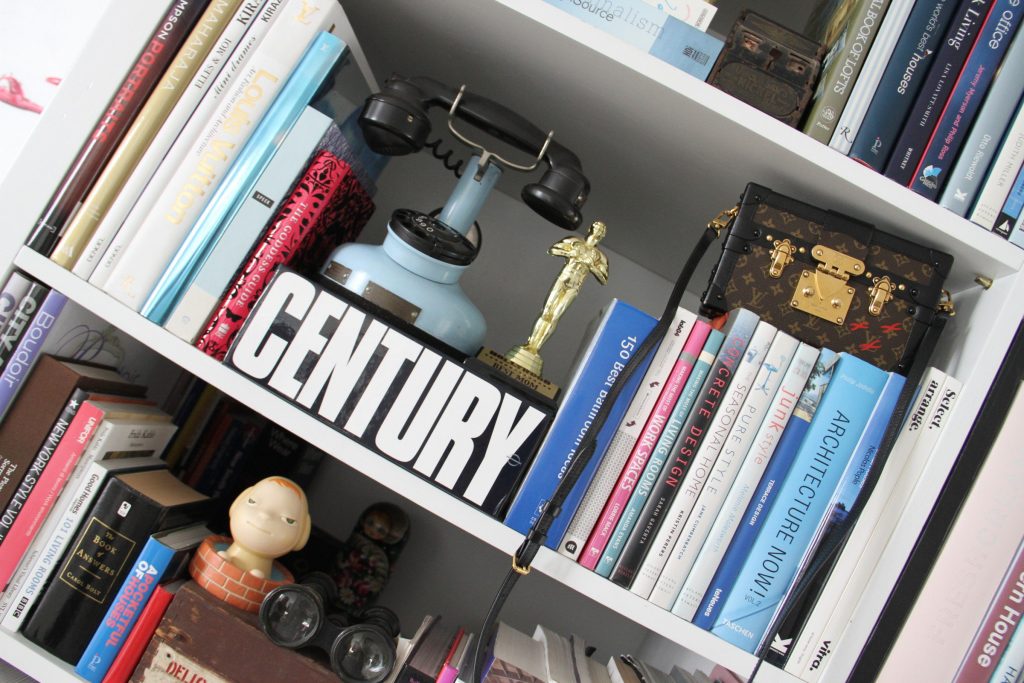 It all started when I did a small line of one-off T-shirts and sold them at a store in Wafi. I later found out that my partner Fatima would buy most of them for her and her seven sisters. When we first met I was overwhelmed by how much they loved the T-shirts and kept asking the store to get them more. I made the T-shirts myself at home and each one was totally different to the other. The only thing they had in common was that they had an unexpected detail that made them so unique. I believe this is the unique selling point of Zayan The Label brand. It is easy shapes and cuts which have a detail that could not be found anywhere else – such as the custom-made fabrics we create, or the embroidery or appliqué details.

I always loved dressing up – whether for day or night, going to school, work or a night out. Living in Dubai has made this even easier as glamorous dressing is the norm. I always start with choosing my heels and then decide what to wear. But then when I am relaxing with my girls, sweatpants and trainers are all I need.

Every thing on every rail and shelf at S*uce is a product that I would want to own and wear, so it is safe to say that the style at S*uce is very much my personal style. It is unconventional and eclectic but totally wearable. 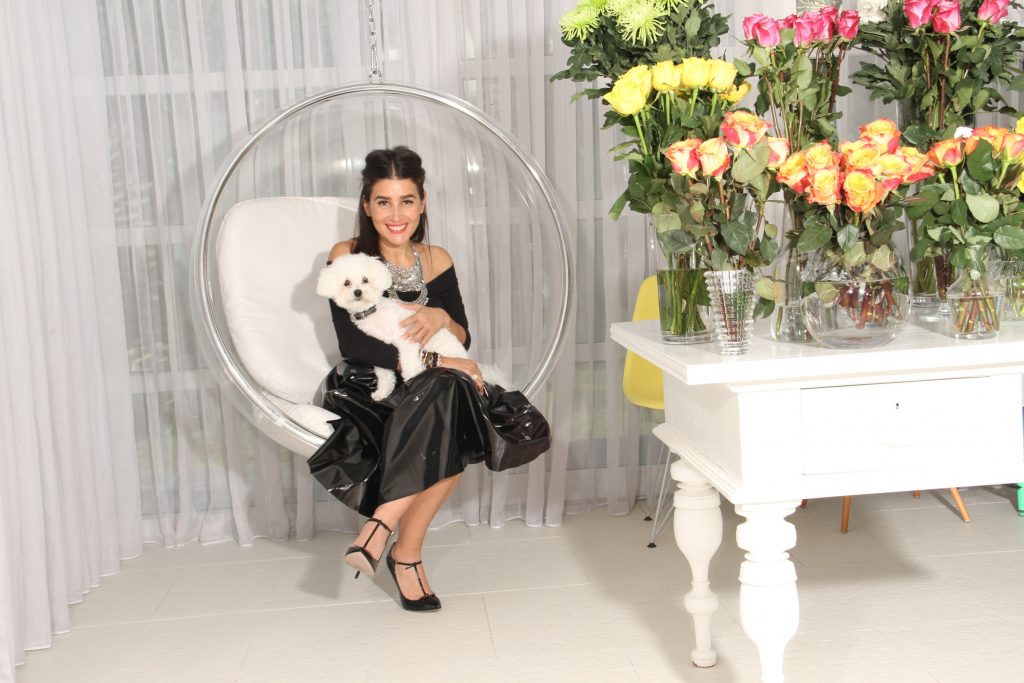 I love telling stories about the brands we discovered way before they became mega famous runway sensations. For example: Mary Katrantzou, Ashish, Sacai, Simone Rocha and many others. We were actually the first ever store in the world to carry the Parisian-based accessories sensation, Shourouk, which, of course, went onto become a phenomenon in the world of fashion jewellery. This happens season after season, since we love to take risks on new up-and-coming brands, while larger retailers would normally have to wait until the brands become more established. This is probably the most exciting part of being a buyer for a concept store, you get to take risks on brands that you love and end up becoming a part of their own story.  The same applies to countless regional designers that we supported right from the start. Having been a designer myself, at a time when putting a local designer’s dress on a rail next to an international brand was totally unheard of in Dubai, I have always believed in the potential of the region. That’s how we started with people like Essa, OTT and BilArabi (and many others) we’ve worked with along the way who have been growing with us right from the start. We are like family.

My very first buying trip was to London Fashion Week where we went to buy brands which we found at stores in London but were not available anywhere else in the world. I had already contacted some of the brands but the majority we met we did not have access to their contact e-mails, so we either had to go meet them at their homes or in cafes. Others were showing at The Exhibition, which was set-up in the Natural History Museum. It was beyond exciting. 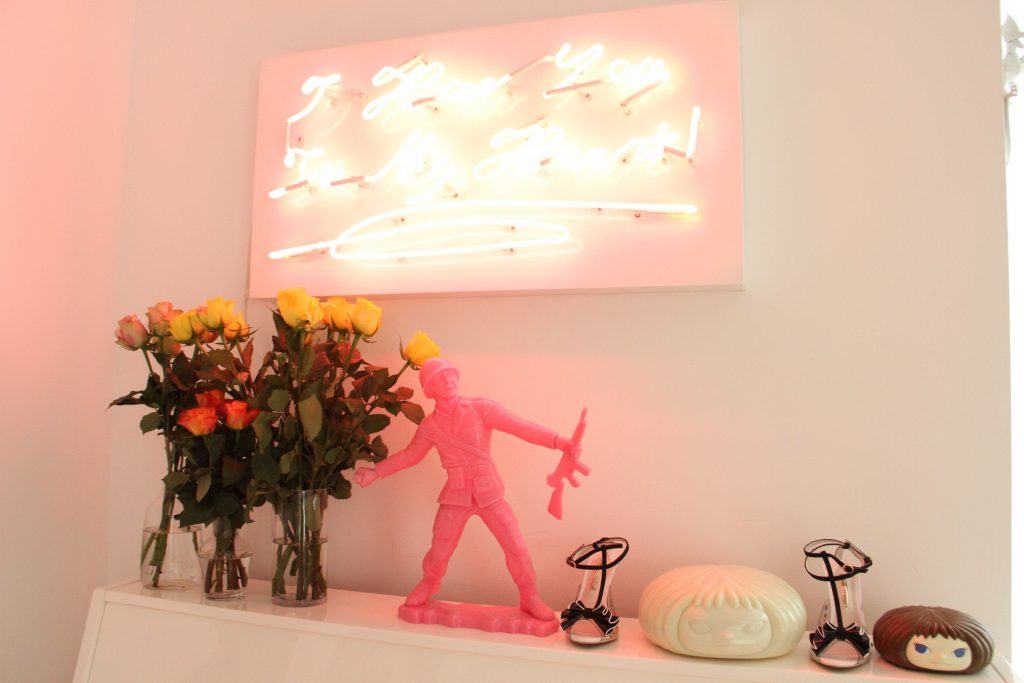 My husband and I travelled a lot before we had children and wherever we went we used to come back with loads of knickknacks and amazing finds. We never thought we had to buy a piece of furniture or artwork in order to fill an empty space, but rather we bought what we loved and found the right space for it. That’s why our house still does not have the conventional layout of sofas or tables that one often finds in homes. We just never went about it that way. S*uce was the first lifestyle concept store which had fashion, accessories and small home furnishings all under one roof.

I love buying for all our S*uce brands – my current favourite at the moment is buying for Saucette. It follows the exact same formula as S*uce, with a curated mix of cool contemporary brands that aren’t available anywhere else, mixed in with regional brands and quirky accessories.

We never planned to have 10 stores in the first 10 years so I really do not know where we will be in another 10 years from now. We could have a S*uce flower concept, or maybe an ice cream parlour? The point is whatever we do has to be an organic extension of what we have been doing all this time. 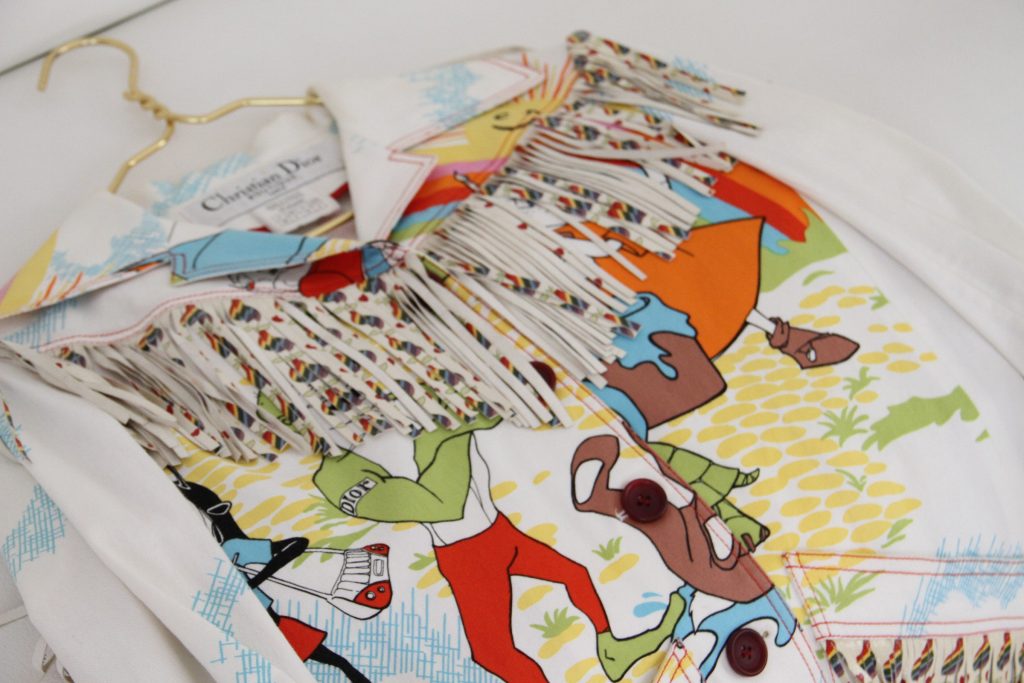