London Fashion Week has never been more relevant. From Michael Halpern and Molly Goddard, to Riccardo Tisci carving his  way at Burberry (not to mention his stelar model line-up), and the magnetic power of Victoria Beckham, the capital celebrated an epic week. As we pack up and prepare to run the gauntlet that is Milan, here’s five things we’ll be taking away from London…

MICHAEL HALPERN IS THE GODFATHER OF PARTY DRESSING

We all need to take note of his now signature and unapologetically glamorous take on 1970s’ New York disco. The beautifully sophisticated draping, the unabashed use of sequins, the impeccable cuts – slip into any of Halpern’s dresses for the season ahead and you’ll be reborn into the penultimate party girl. Inspired by Barbara Streisand, the Roaring Twenties and, of course, the 70s, Halpern’s heady style cocktail blends the glamour highlights of the decades, and its intoxicating. 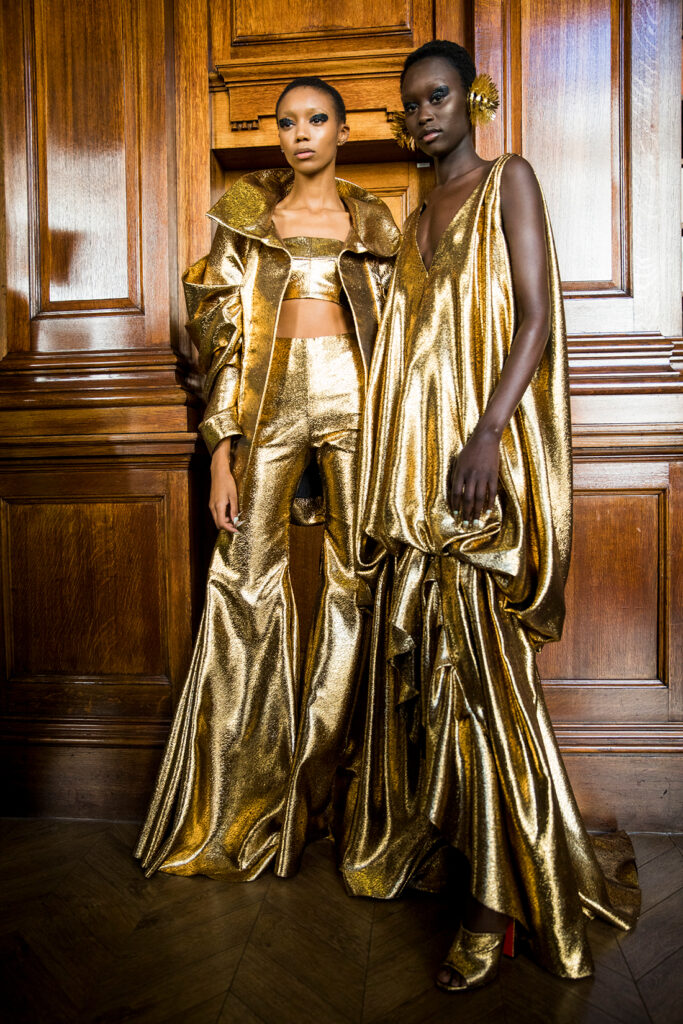 BURBERRY BEAUTY REVEALED THE SECRET BEHIND THE NO-MAKE-UP LOOK

To compliment the Spring Summer 2020 catwalk show, Tisci worked with Pat McGrath to create a beautifully natural and fresh skin look. “When I first started at Burberry, I spent a lot of time thinking about what I wanted the new era of this amazing fashion house to look like. For me, Burberry Beauty not only represents British sensibility, but also celebrates and enhances the sensuality and natural beauty of a woman,” Riccardo Tisci said of the ultimate ‘no-make-up’ look. They used Fresh Glow Luminous Fluid Base, Matte Glow Liquid Foundation and Burberry Cashmere Concealer to create the look. And The Burberry Matte Glow Liquid Foundation will be available in the Middle East starting October. 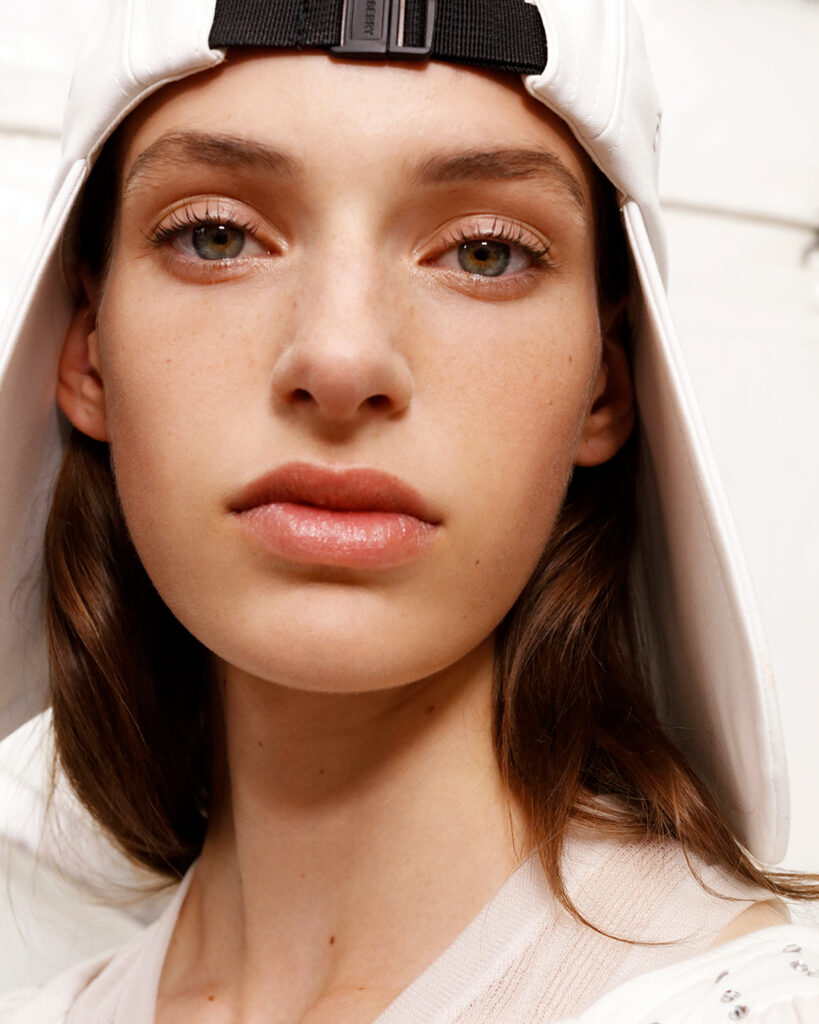 GRAND PROPORTIONS ARE IN PLAY

Staying true to form, Molly Goddard made a case for volume for spring summer 2020. Celebrating her fifth anniversary, the designer showed her puffed-up collection at the Seymour Leisure Centre in Marylebone. Metre upon metre of tulle wound up into big and bigger dresses. Fabric ruffled, ballooned, exploded and swished into a collection of the prettiest pieces. She re worked some of her favourites from the past five years, too. On our wishlist is the bundle of buttery yellow tulle (below) – it appealed in all its girly glory. 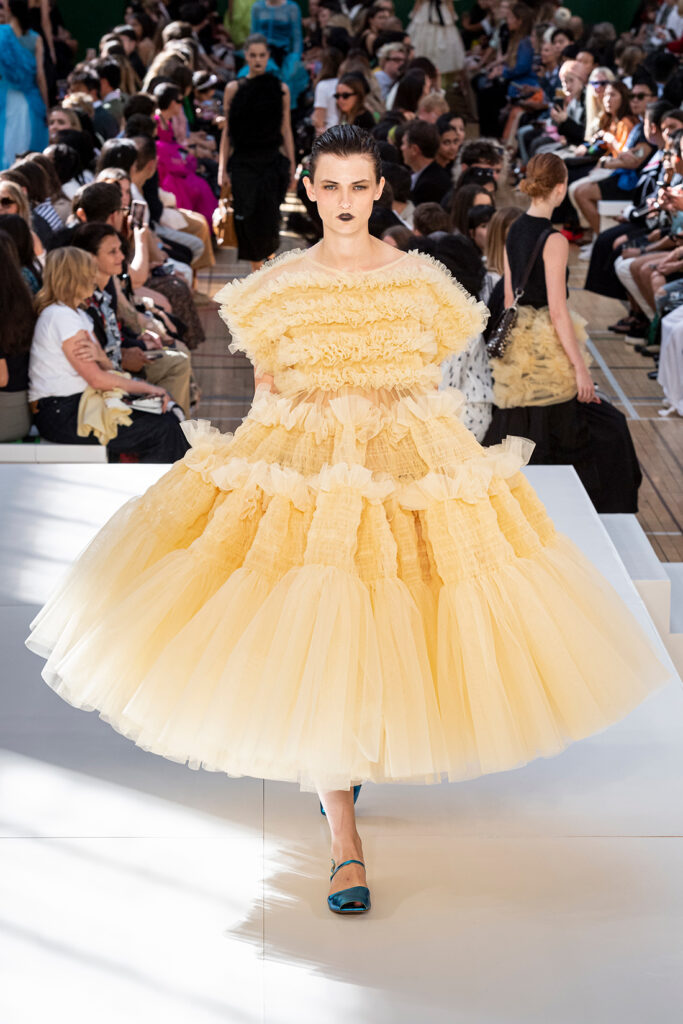 A gracious salute from the grande dame of London Fashion Week. Papped by street style photographers as she headed to Victoria Beckham’s show in a co-ordianting snakeskin shirt and skirt ensemble from VB’s collection, the 74-year-old looked sensational. Her appearance a huge credit to the designer, underlined the timeless appeal of VB clothes. “I’m a huge fan or her but also she is a strong, strong, powerful woman,” Beckham said after the show. 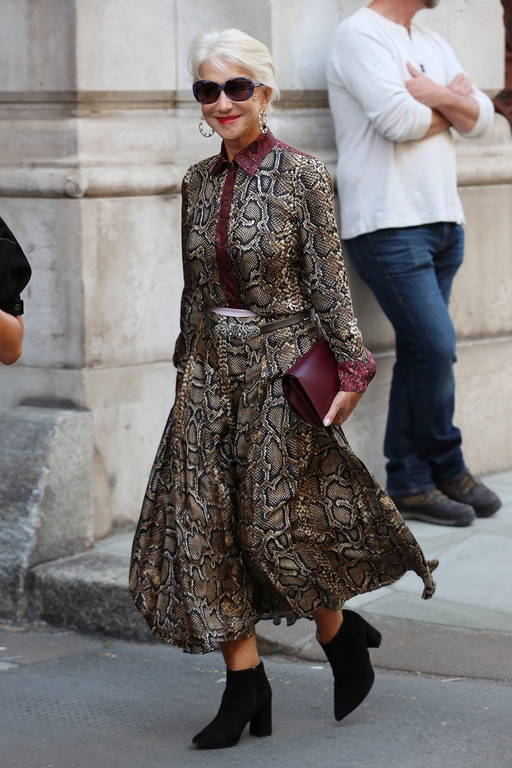 While New York still enjoyed some warm weather, London’s street stylers cemented the change in season with transitional outerwear, boots and an unmistakably autumn colour palette. The line up included burgundy, rust, camel and caramel… And ditching its dowdy ‘country life’ past chocolate and mocha made a warm comeback. Rich tones took on smart checks, suiting and luxury leathers with aplomb, cementing their place as this season’s go-to colours. 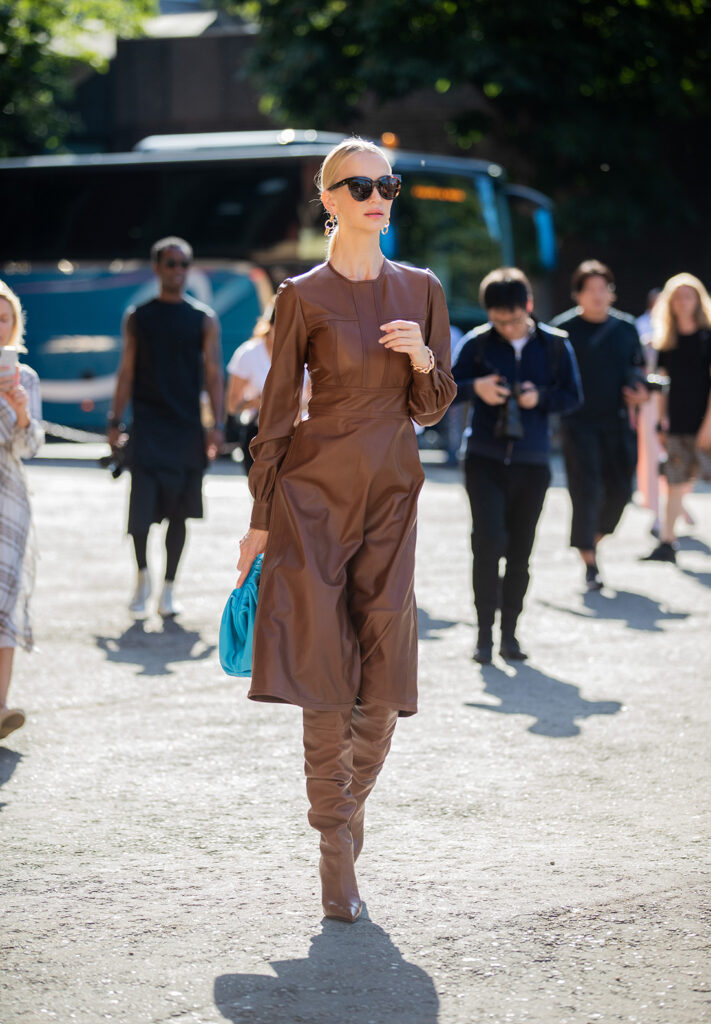 A guest of LFW in head-to-toe brown leather

The Shoot: Fendi Is Our Favourite F Word Thanks To Architectural Accessories