For the first time, Dior brought its haute couture collection to the Middle East for an exclusive show that confirmed the region’s place on the global fashion map…

If we were ever in doubt that the Middle East is considered an important arena for luxury fashion, that doubt was quashed yesterday when Dior reprised its spring haute couture show in Dubai, complete with 15 exclusive new designs from creative director Maria Grazia Chiuri specifically tailored to the region’s taste.

The first sign that the Dior Circus (the theme of the collection) had arrived in town was the large striped big top tent that popped up in Safa Park, creating the same frenzied excitement in local fashion-crazed adults as children thirsty for candyfloss – only we were chomping at the bit for Parisian fashion of the couture kind.

The show had the same up-tempo energy as the Paris presentation held in January at the Musée Rodin, as international models flooded the runway in a roster of 83 looks inspired by Monsieur Dior’s love of the circus. The collection speaks of archival influences combined with Maria Grazia’s own, now signature, approach to dressing the modern Dior woman.

“Is it a man or a woman? It’s neither one nor the other – it’s a clown”, said the show notes (borrowed from the book Le Costume de clown blanc: Gérard Vicaire, la passion pour seul habit by Sylvie Nguimfack-Perault), alluding to Maria Grazia’s sometime gender-fluid approach to design, as much as to the similarities between the showmanship of the catwalk to that of the circus itself.

Tailoring stands strong against feminine plisse gowns and layers of frothy tulle. The colour palette is all at once monochromatic and full of glitter and rainbows, with each look telling its own story. From obvious clown references seen in the Pierrot doll caps and make-up, the tattoo bodysuits reminiscent of the Victorian fairground, to the ever-present Bar jacket updated to feel like a lion tamer’s coat, the influence of the circus flows throughout.

Of course, the focus for us all was on the additional looks created especially for the Middle East, and they were everything we could hope for and more. Taking consideration for the region’s modest outlook as much as our love of drama, the 15 looks are bold and celebratory, like reworks in the shimmering metallics and exquisite beaded motifs, making a good number of them appropriate for Ramadan. 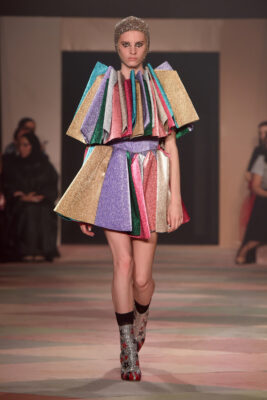 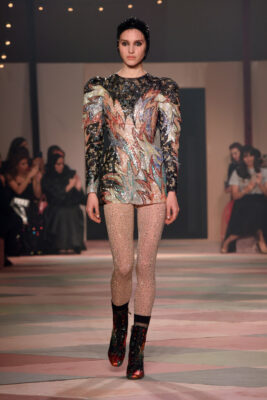 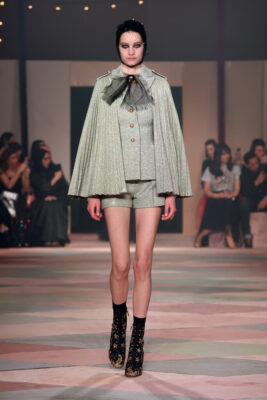 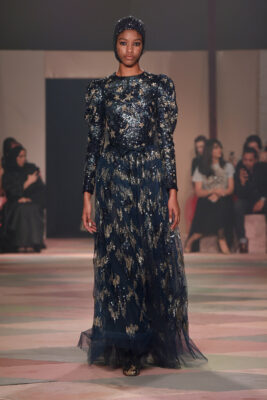 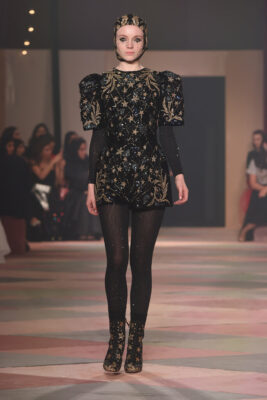 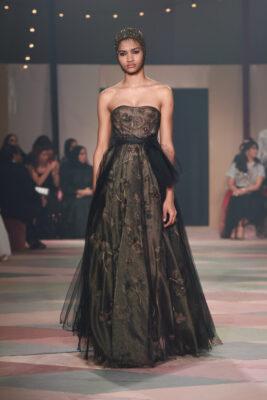 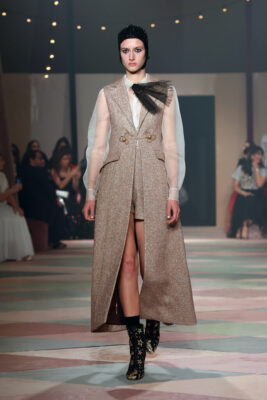 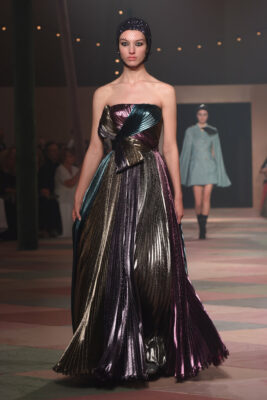 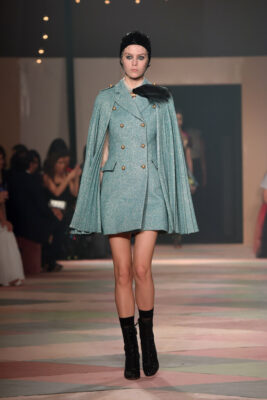 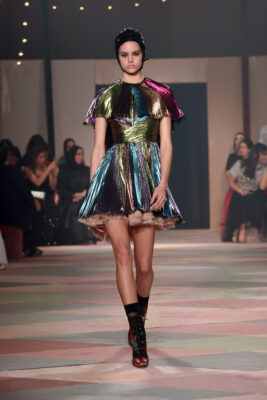 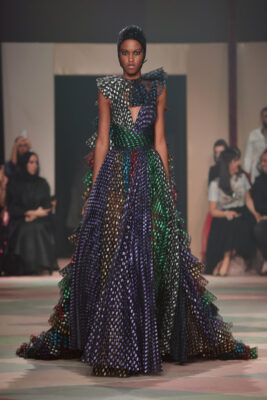 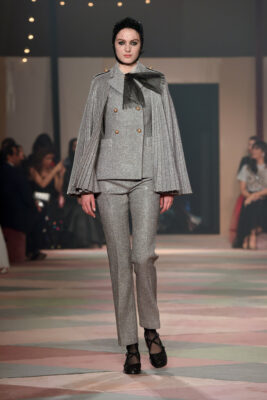 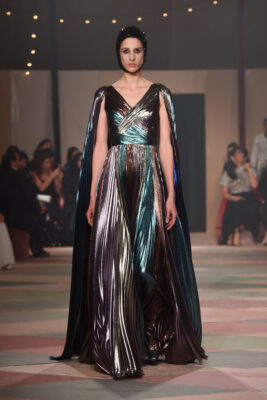 When the night arrived, the who’s who of the region rolled up to the big top in their droves, decked out head-to-toe in Dior, from collections both past and present, ensuring that the glam factor was full-on Dubai dazzling. 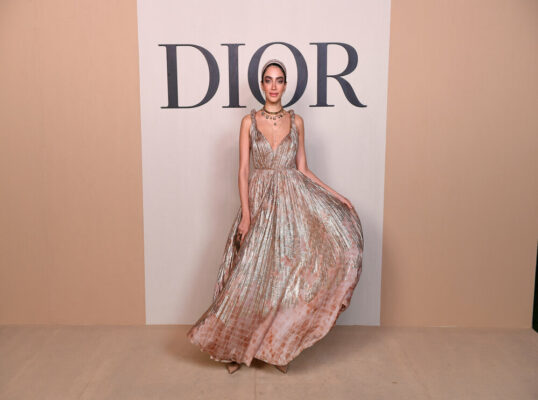 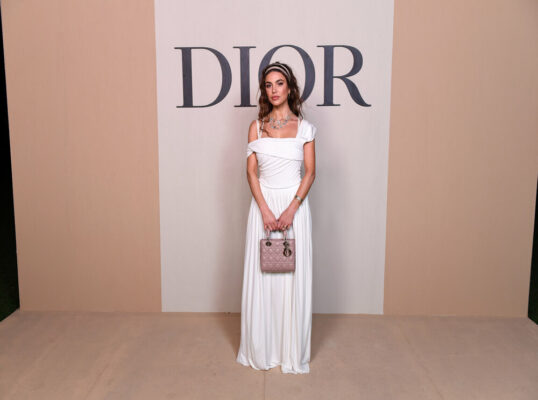 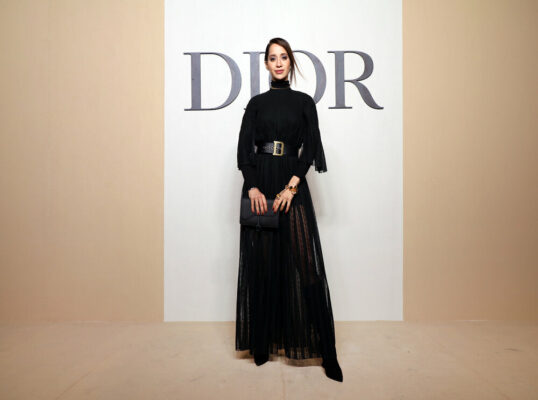 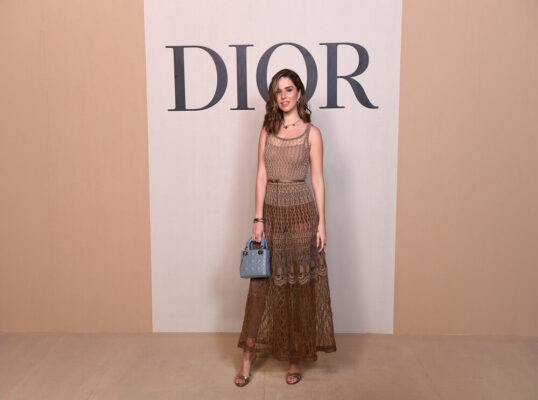 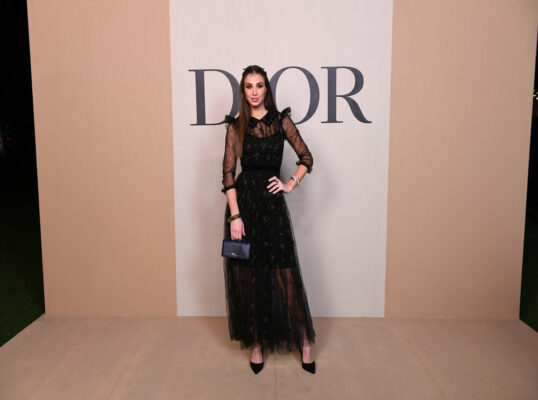 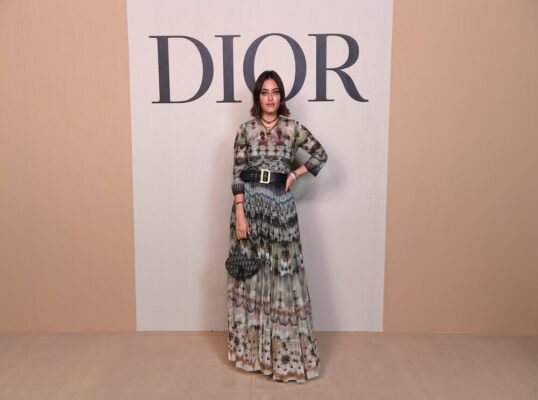 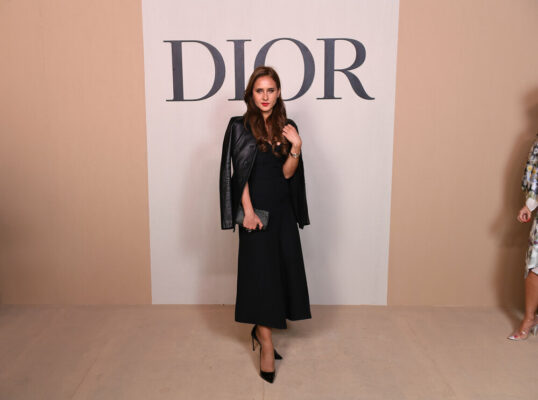 Speaking of the experience of recreating such a major show outside of Paris, Maria Grazia shared, “It’s very interesting when you have the opportunity to do a fashion show in a new place. So when the opportunity arose to present the haute couture collection in Dubai, it seemed like a great opportunity to me, not only because a new audience would get to see the Circus collection, but also because I could reconsider the work already done and have fifteen new silhouettes made by the Dior ateliers. These ensembles are in tune with the couture theme, but are absolutely new in their shapes and materials.” All things considered, the time, money and effort spent on creating something exclusively for us can only mean one thing: Maria Grazia J’adiors Dubai.

Now, find out which luxury label are going plastic-free by 2025.

Dior And Aseel Omran Make History With An Exciting Announcement