Prada set the tone for SS16 with a gender mixed runway in Milan and now Givenchy has kicked off couture week early in Paris – with a little help from some of the industry’s favourite faces. 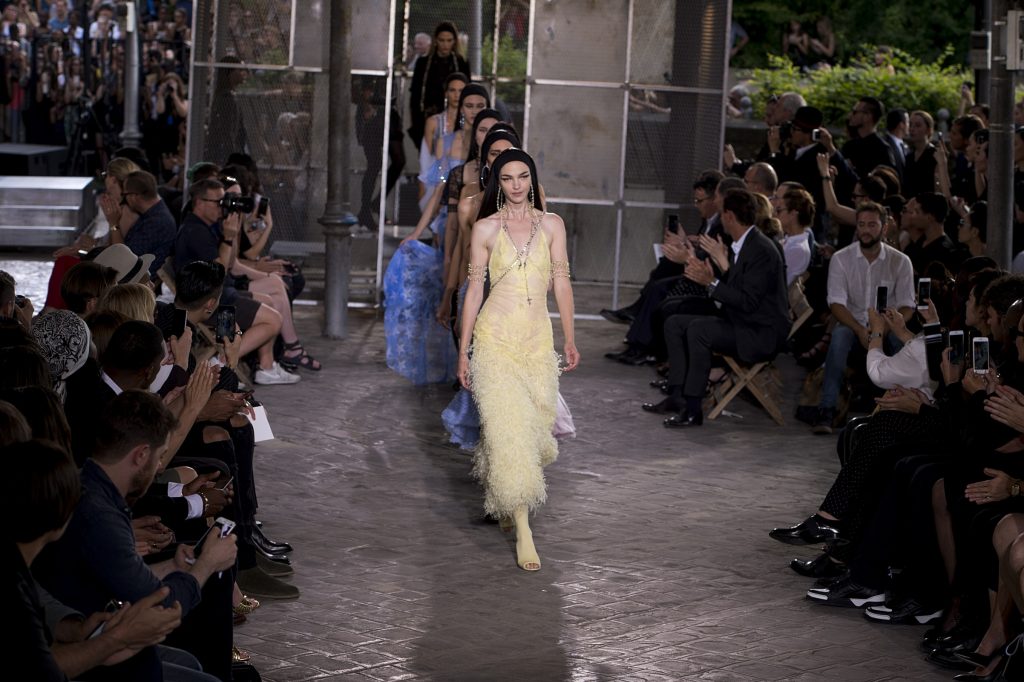 As the menswear-takeover of Paris comes to an end, Riccardo Tisci’s women have prevailed thanks to the designer’s limitless lace Haute Couture Fall 2015 collection. Kendall Jenner, Naomi Campbell and Joan Smalls were wrapped up in the French fashion house’s sharp tailoring and sheer pastel gowns – although large hoop earrings were the surprise must-have to emerge from the 11 couture looks.

A romantic palette of icy lilacs, powder yellows and sky blues were teamed with Tisci’s iconic religious references – channeling Givenchy’s powerful femininity – fall is all about the drama. 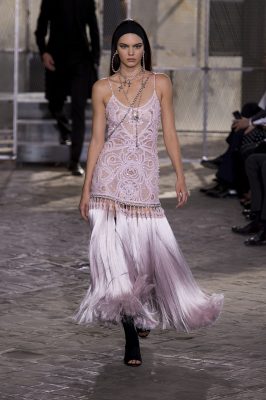 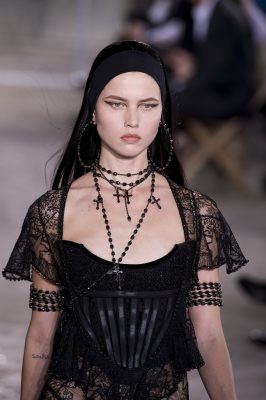 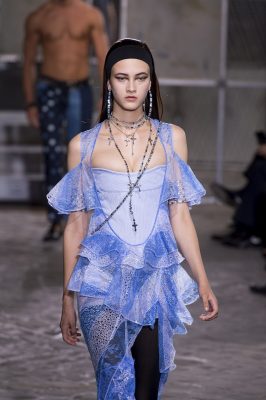 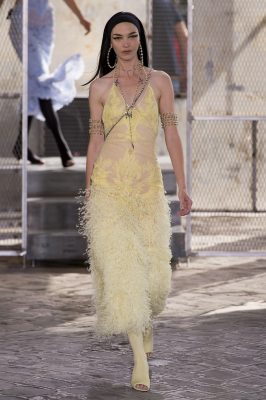 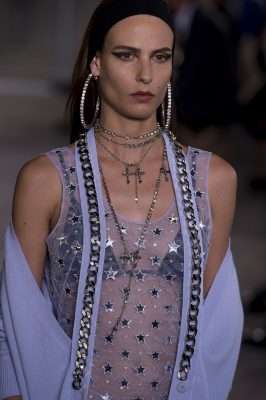 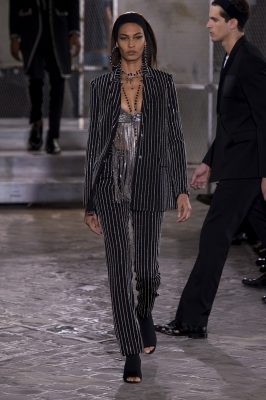 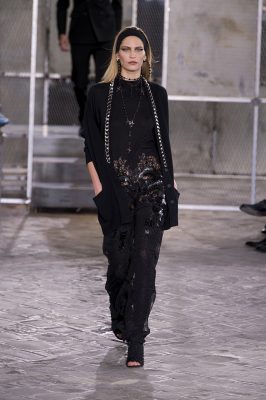 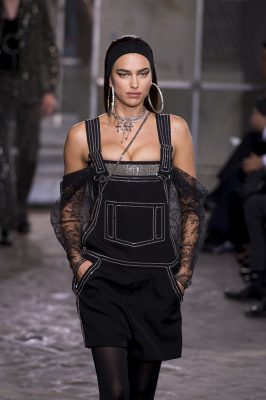