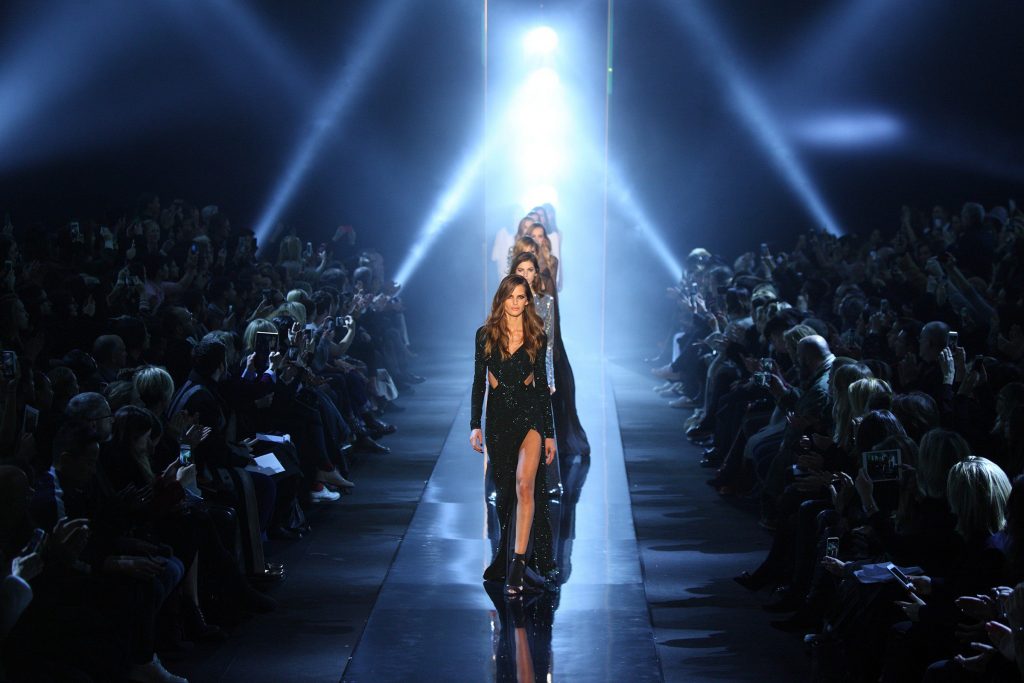 Alexandre Vauthier brings us couture with added va-va-voom and it works every time. Following his SS15 show, we look back on the designer’s climb to the top of the couturier ladder. 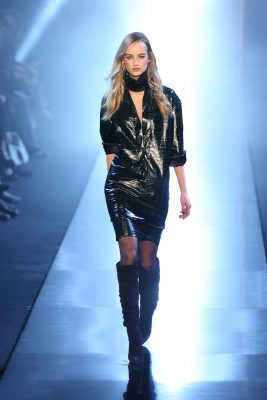 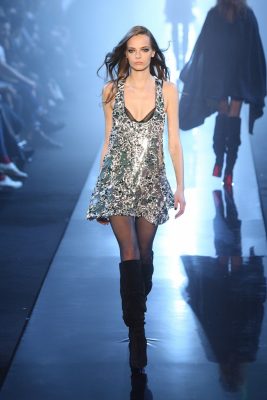 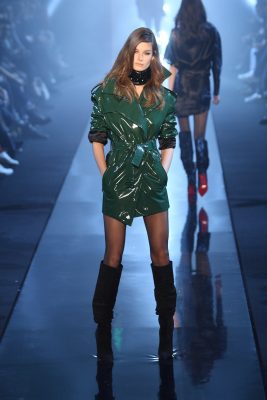 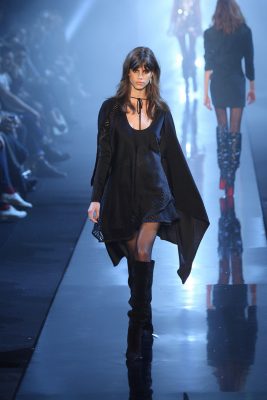 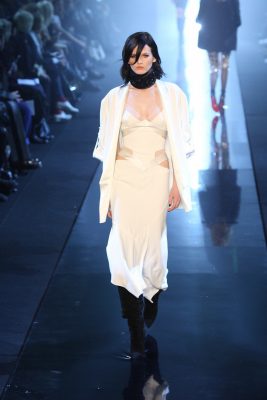 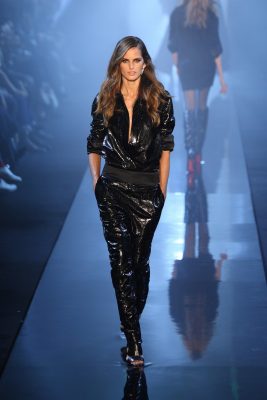 The models stride down the runway with self-assured confidence. Professionals to the last but further empowered by the unapologetic creations of couture designer Alexandre Vauthier. These are bold clothes for bold women. It is nothing but logical that his client list includes the likes of Beyoncé, Heidi Klum and Rihanna and we have no doubt that this spring/summer couture collection will have more than a few stylists picking up the phone. Yet the fierce simplicity of silhouette in Vauthier’s eveningwear – which includes a silk a-line baby doll dress and a scoop-necked shift dress (albeit dripping in crystals) – is underpinned by razor sharp construction and experimental fabrication. A slippery sensuality is happily inevitable in clothing constructed from eel and crocodile skin. Vauthier’s exquisite skill is such that the Chambre Syndicale awarded him the official haute couture appellation in December last year, an official nod that seems only to have further emboldened him. The world of couture has embraced Alexandre Vauthier and he is here to play. 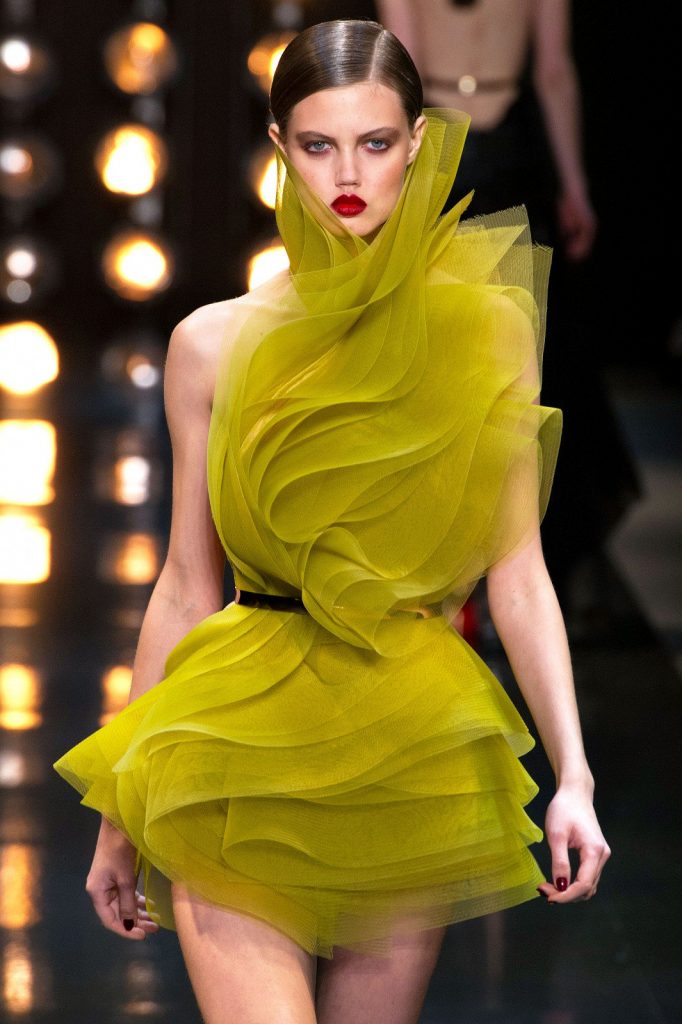 To examine Vauthier’s influences is to understand the essence of his label. Working with Helmut Newton whilst at Thierry Mugler and Richard Avedon at Jean Paul Gaultier inspired the creation of Vauthier’s first namesake collection. ‘At Thierry Mugler I first met Helmut Newton who would later shoot our campaigns…Whether or not we like each piece, they are perfect and I realised the first day that his styles were born of paradoxes. He’d create the canvas for his images once he had discovered the collections, then the stories would flow,’ the designer told us in 2012, at the time on the cusp of industry recognition. Drawn to the idea of capturing that ultimate image of the idealised and coveted woman, it seems that Vauthier has never stopped trying to find her in each subsequent collection. It’s not all hard-edged glamour however; there is still couture fairytale magic here. It’s simply a fairytale for grown ups. Vauthier is equally masterful at working with pastel colour, sheer paneling and the most delicate of fur to add a lightness of touch that while not quite romantic is at times more approachable. 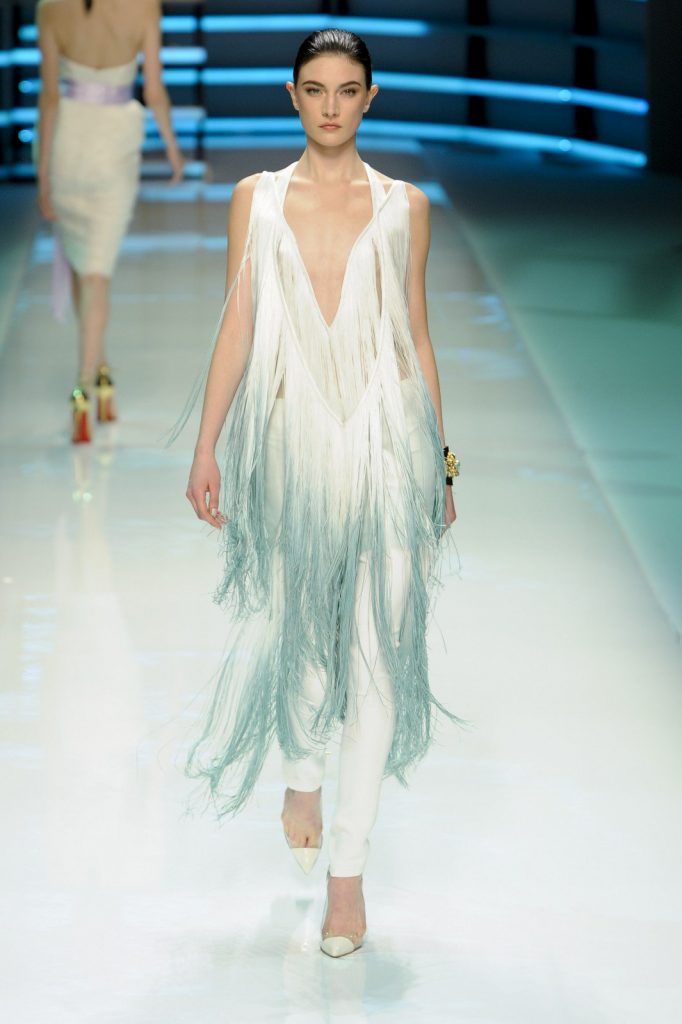 AW14 saw him play with bold yellow in the form of asymmetric dresses that left just the right amount to the imagination, while SS14 was a study in architectural organza that concealed at the neck but revealed at the leg. Further back in time, SS12 revealed a take on chiffon and silk fringing that nodded to 1920s decadence without falling into cliché. Unexpected and never obvious, Vauthier’s work is consistent in its message. ‘Whatever identity and personality you portray, nothing will serve you better when designing for women than the love, interest and understanding that you have for them’, Vauthier told MOJEH during our in interview in 2012. It’s a couture love affair that we hope will never end. 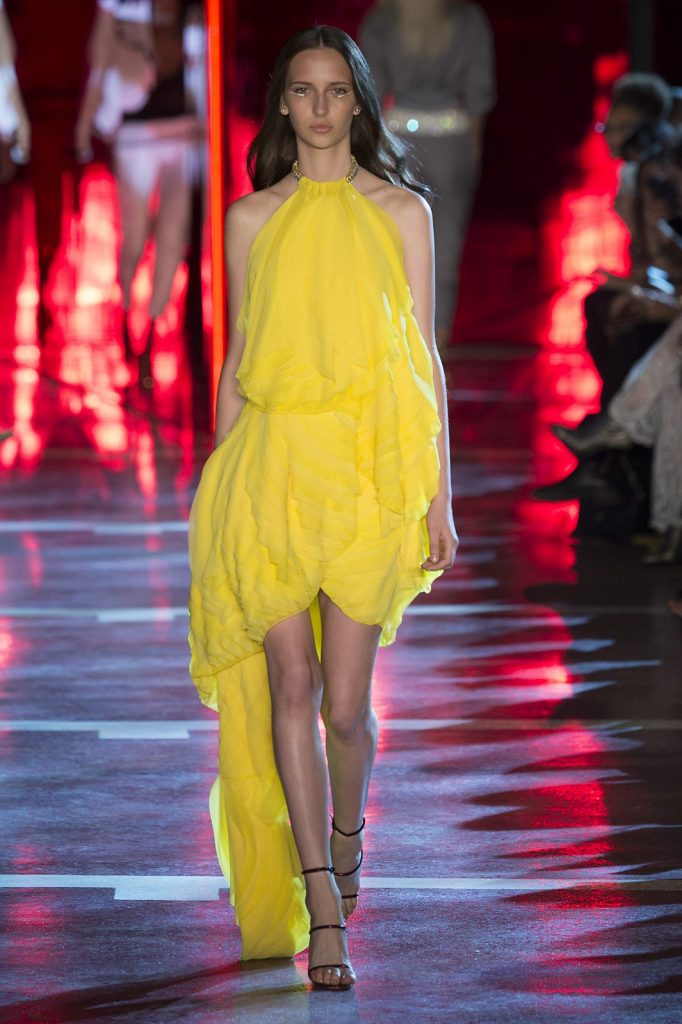 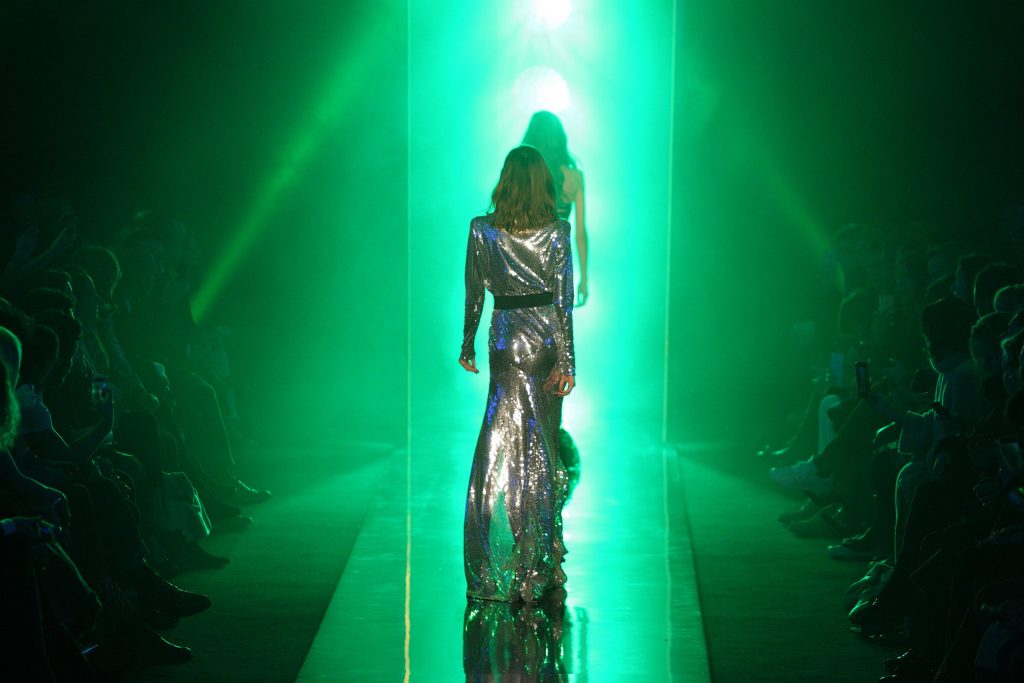