Alexander Wang bows out of Balenciaga with a much anticipated farewell collection during Paris fashion week. We look back at the wonder kid’s reign at the storied house. 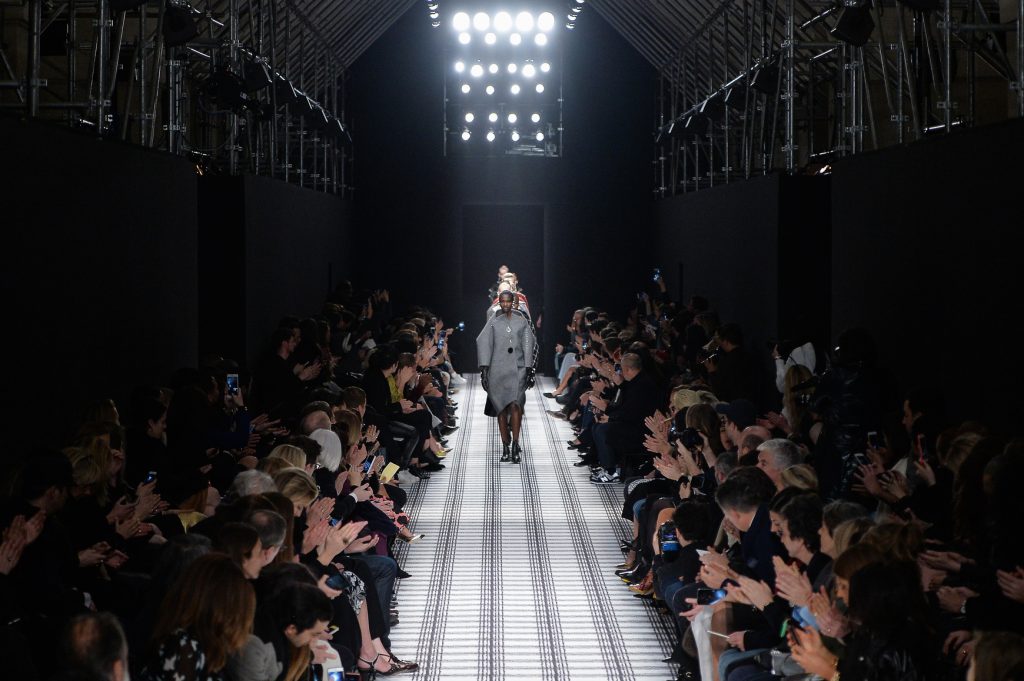 He’s the reigning king of an off-duty-model aesthetic emulated by every fashionable urbanite Stateside and beyond. Alexander Wang’s star has risen quickly since 2007 within a galaxy of edgy ad campaigns, celebrity filled shows and must have pieces. As Wang’s namesake line began to sum up a new kind of luxury grunge that filtered into every corner of high fashion but which remained culturally bonded to the street, the curiosity of the fashion world was more than piqued by his appointment in 2012 as creative director of Kering-owned behemoth Balenciaga. Three years on, spring/summer 2016 marks Wang’s final collection for the house as his contract comes to an end without fanfare, the departure as quietly understated and amicable as Wang’s tenure. 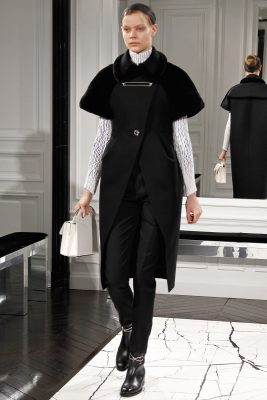 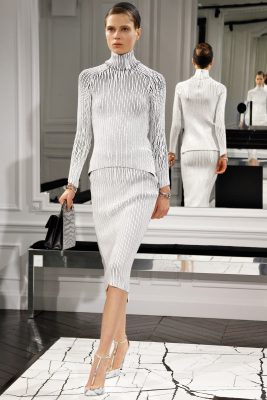 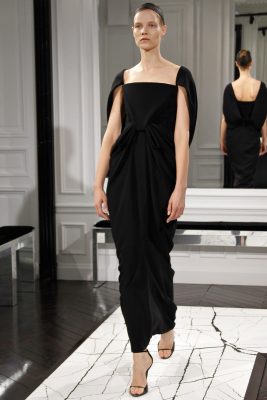 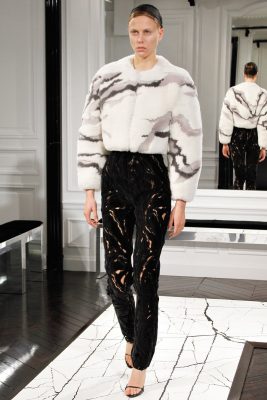 After immersing himself in the Balenciaga archives Wang proposed a tentative debut for AW13 to a small crowd at the salons on Avenue George V. Respectful and refined, the fashion pack sighed with relief, and the renegades with a little disenchantment, as Wang saved the shock tactics for another day. Structured peplum coats, bracelet sleeves and cocoon silhouettes made for a sedate collection veined with marble print in homage to the label’s signature architectural style.

It seemed French sophistication came easily to the master of modernity as he glided through a series of opulent collections without stumbling but also, perhaps, without flying. Taking over from Nicolas Ghesquière can have been no easy feat. A designer who brought his own inimitable style to the brand in his fifteen years as creative director, Ghesquière invigorated the house with everything from teddy boy plasticised coats to Lego shoes and the ubiquitous studded ‘City’ bag: all a twisted take on the extensive archive. Likewise, it was Wang’s own unique vision that appealed to Balenciaga execs. An attempt to bring a new understanding of the brand to a younger generation (and perhaps an equally commerically successful handbag along with it).

Wang’s iteration of the It-bag, Le Dix, certainly did just that, but in circumventing his natural contemporary cool in favour of sweetly debutante pastel gowns and graphic outerwear that faithfully observed the Balenciaga form – albeit with a sheer hem, bodycon shape or in a tech fabric – a little bit of Wang magic got lost in translation. With his heart and his street savvy aesthetic firmly rooted in New York, perhaps it was only a matter of time before Wang (a non-French speaker and never taking on a residence in Paris) wound up his time at Balenciaga as a beautiful but fleeting experiment. 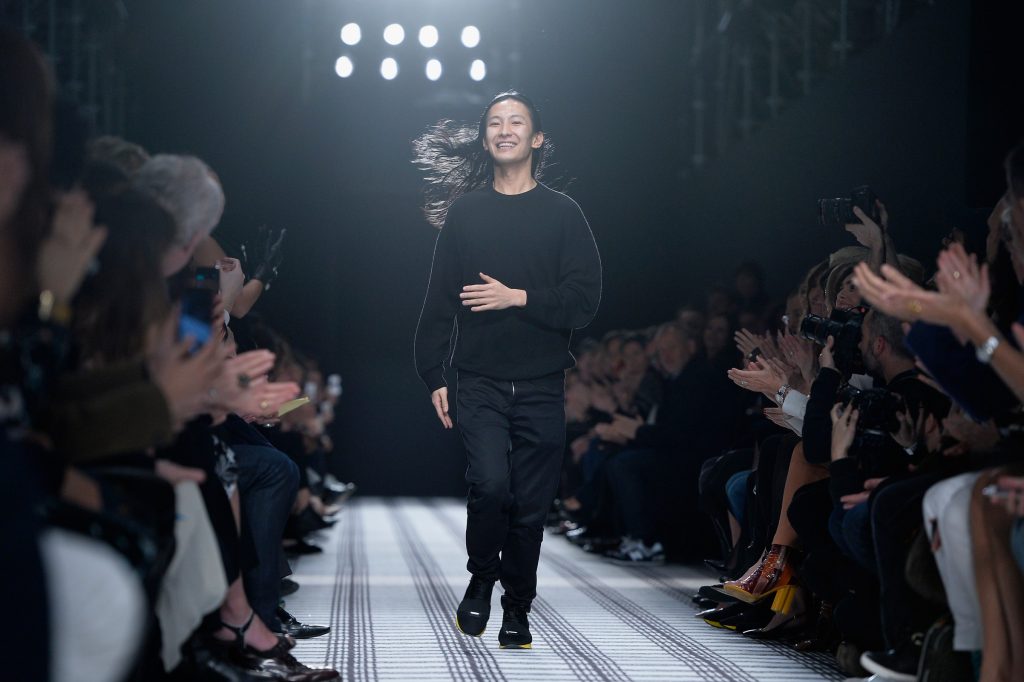 As Wang emerges from the Balenciaga cocoon unscathed and with a proven high fashion track record, the question that will be on everyone’s lips is, who’s next? Names speculatively linked with the future of the house include Chitose Abe of Sacai, Julien Dossena, currently at Paco Rabanne, and Bouchra Jarrar (the latter two both Balenciaga alumni during Ghesquière’s reign). Another possibility is an insider takeover from within the existing design ranks – a strategy which has worked brilliantly for Valentino, Alexander McQueen and most recently with phoenix-like results at Gucci – and which avoids the thorny issue of a designer split between Balenciaga and an eponymous line. Depth of talent, vision and modern day relevance will be on Kering’s wish list for any designer taking the helm in a digital age in which the pace and importance of frequent collections (pre-collections now account for 70 percent of buyers’ seasonal budgets) is unlike anything Cristóbal Balenciaga could have anticipated in his golden era of haute couture. Whoever steps into the fray, we say a fond farewell (never goodbye) to Alexander Wang’s refined, reverent side as he goes back to doing what he does best: unpolished, challenging downtown cool. 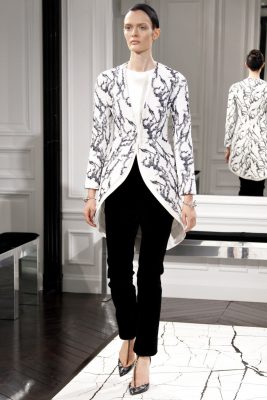 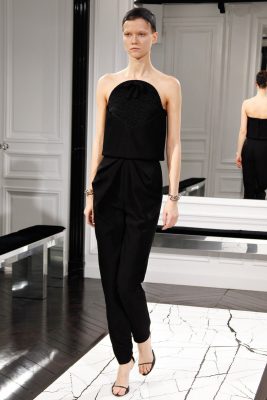 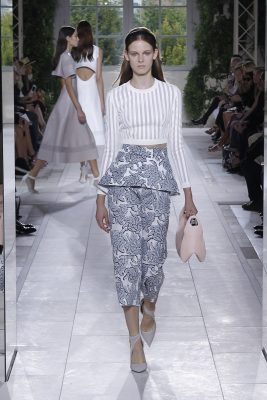 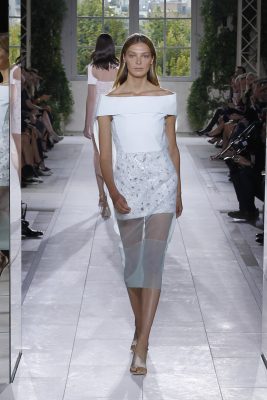 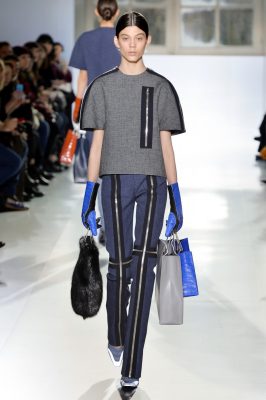 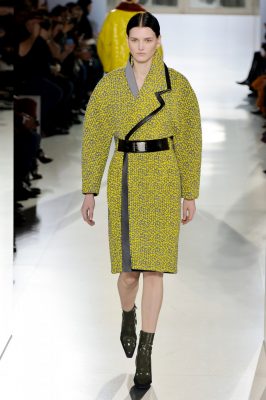 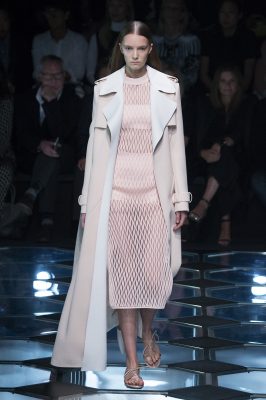 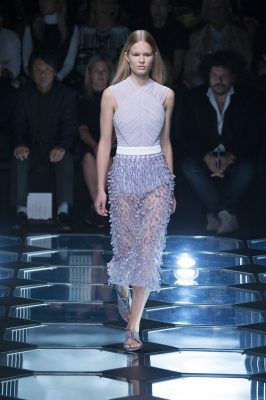 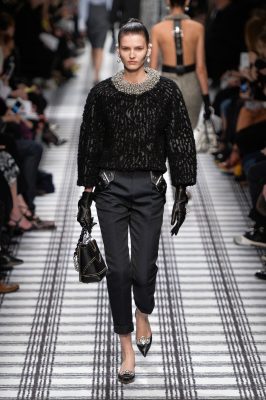 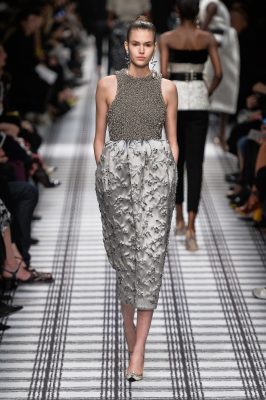