A new year brings with it a whole host of new hotels to bookmark, so be sure to note down these luxury offerings 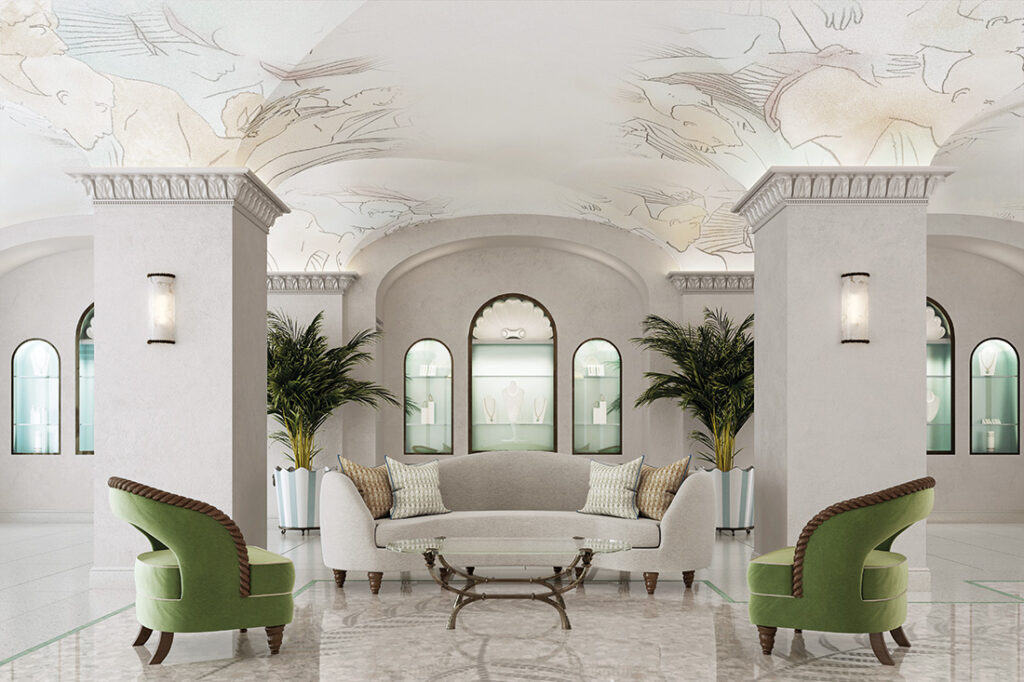 Long a preserve of celebrities and the super-rich, there’s something special about Capri. All mesmerising sea views, sublime Italian food and elegant villas dripping with wisteria and bougainvillaea, it truly is a sight for sore eyes. And it’s only going to get more beautiful in 2023 with the opening of the newly-renovated Hotel La Palma which, reimagining a Capri icon, will be a complete transformation of the original Hotel La Palma that dates back to 1822 — the first and oldest hotel on the island. The first Italian property from the Oetker Collection, this five-star stunner is set to be a unique and elegant Mediterranean retreat on the fabled Mediterranean island, as well as the chicest address for people who want to see and be seen. Complete with 50 rooms (including 18 suites) each boasting its own private balcony or terrace, the slick interiors come courtesy of Francis Sultana, a true maestro in the world of high-end interior design. In classic Italian fashion, Hotel La Palma will also be a gourmand’s delight, with Gennaro’s restaurant, bar and terrace being mastered under the culinary direction of Chef Gennaro Esposito, who has run his own two Michelin star restaurant, Torre del Saracino, for the last 23 years. Designed to embrace the timeless romance of the island, expect unpretentious, authentic Italian cuisine like you’ve never tasted before. 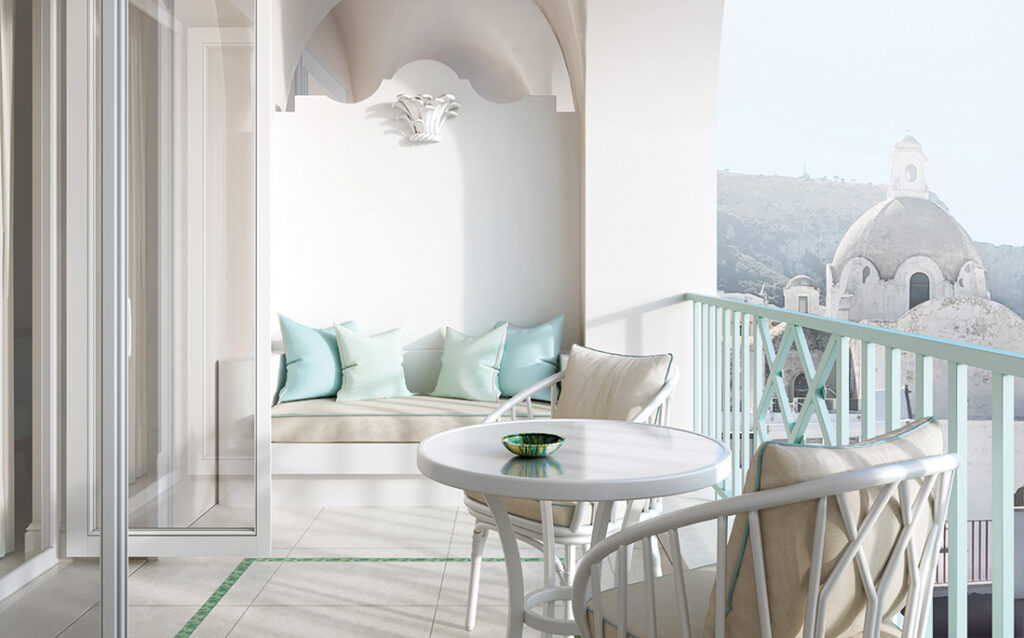 Location is key here too. Situated in the beating heart of Capri, just around the corner from the famous Piazza Umberto I, guests have easy access to some of the island’s most notable sites: I Giardini di Augusto, Via Krupp, La Certosa and the iconic Faraglioni. Another best-known, must- visit natural site in easy reach from the hotel is the Grotta Azzurra – the Blue Grotto – a dark cavern where the sea glows electric blue, the result of sunlight passing through an underwater cave. Add to that the fact that La Palma Beach Club in the Marina Piccola, home to the island’s most famous beaches and restaurants, is just a short drive away, and you’ve got the best of Capri directly at your fingertips. Enquire now

The Other House, London 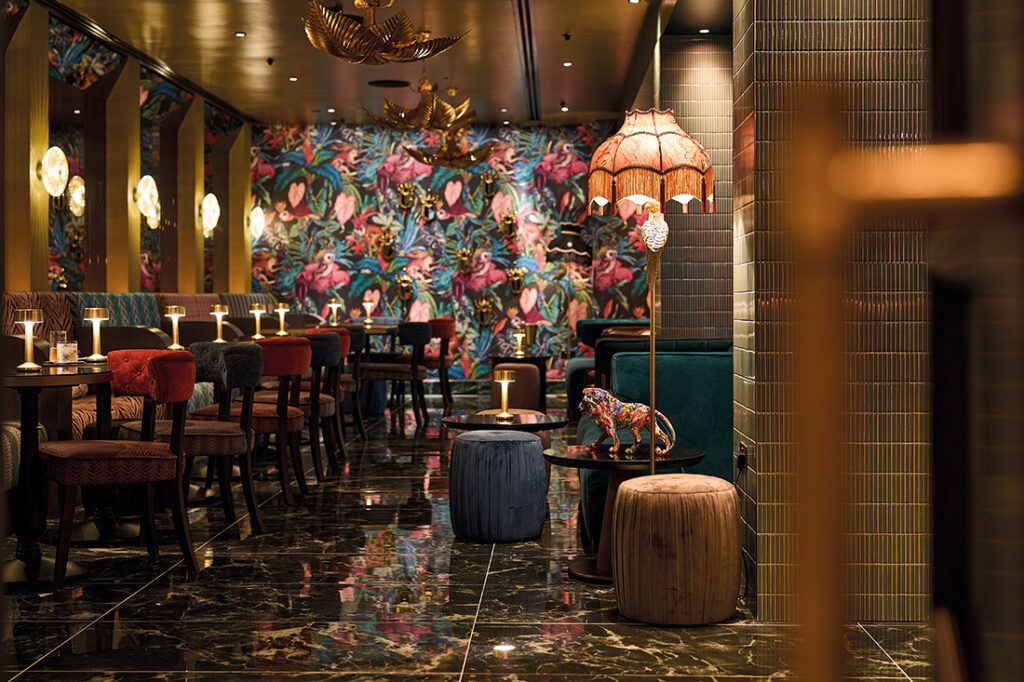 A suburban oasis nestled in the swish London suburb of South Kensington, The Other House is bridging the gap between member’s club, luxury hotel and private residences with a unique new concept shaped through a residential lens rather than a conventional hotel approach. This means that whether you’re staying for a day, a week or a year, you’ll feel right at home within its sumptuous surroundings. Brainchild of Naomi Heaton, who boasts 30 years of real estate experience, the 11 Victorian townhouses accommodate 200 club flats ranging from studio-style apartments to three- bedroom beauties, making them perfect for solo travellers, couples and families alike. Interiors by Bergman Design House add a much-welcomed dose of flamboyancy, too — we’re talking a rich colour palette of greens, burgundies and sapphires, plush velvets, swirl-patterned wallpaper and 18th century oil paintings. Great for the ‘gram, the lobby is home to a particularly impressive mirrored peacock-feathered chair and a gilded chandelier designed in the style of a grand garland of leaves, commissioned from Cox London and intended to echo the leafy private gardens found in the well- heeled neighbourhood. 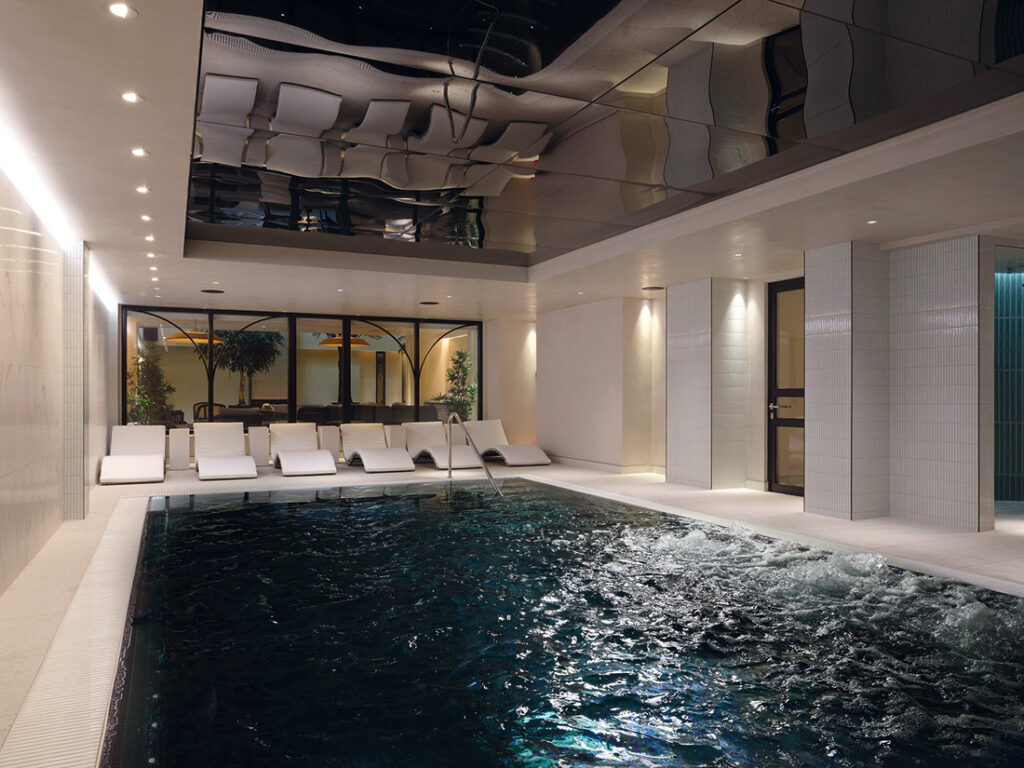 The Other House was imagined with long stays in mind, making it a great option for those staying in the British capital for extended periods of time. Not only does each apartment come complete with a mod-conned kitchenette and living room, but up to four flats can be interconnected for larger groups and families. If you don’t fancy cooking, residents can also pop down to the Owl and Monkey bar which, complete with fringed lampshades and animal-adorned wallpaper, is a surprisingly slick throwback to the golden jazz age. Dig into the likes of padrón peppers with creamy whipped feta, arancini and short rib beef sandwiches washed down with a brilliant selection of mocktails. Elsewhere, The Other Kitchen dishes up breakfasts of green smoothies, granola and Clarence Court eggs and lunches of overflowing sandwiches piled high with the likes of barbecue chicken and pickled vegetables. There’s also private lounge the Keeping Room, complete with plush sofas, that makes for the perfect nook to cosy up with a good book from the library (you’ll find everything from Jilly Cooper to Charles Dickens). For those after a little R&R, don’t leave without checking out The Other Space — the resident wellness hub comes complete with small pool, relaxation courtyard and everything from sound healing to astrology workshops on offer. Once you check in, we have a feeling you’ll never want to leave. Book now 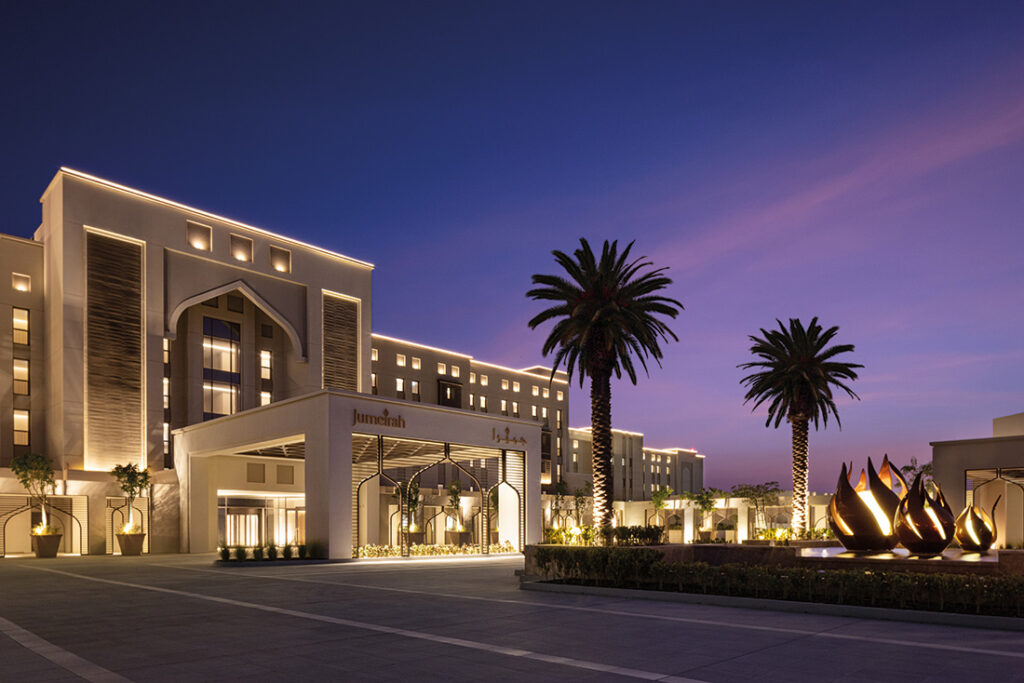 If you’re looking for a restorative retreat that’s away from the hustle and bustle of the city yet not too far from home, Jumeirah’s latest opening in the Gulf of Bahrain could be just the ticket. Opened just last month, this holistic haven resting majestically on the unexplored, pristine beaches of Bahrain’s west coast promises stunning ocean views, lush greenery and meandering waterways designed to invoke a sense of calm from morning to night. All rich blue tones and iridescent mother of pearl, its interiors are as calming as they come, all while paying homage to the island’s unique heritage and Bahrain’s reputation as the Island of Pearls. 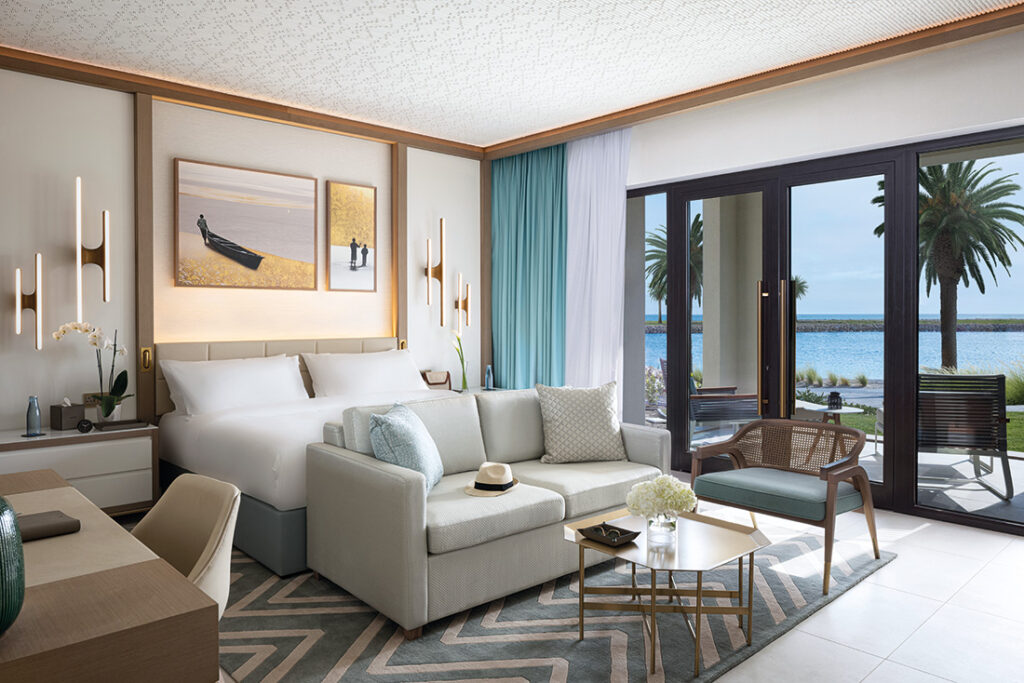 A stellar stay for both couples and families looking to disconnect in its surrounding solitude and tranquility, while its 196 rooms and ocean suites will be sure to impress, why not push the boat out and enjoy the privacy of its exclusive 11-bedroom Gulf Summer House located directly on the beach? Complete with spacious living areas, a four-bed suite, dining area and huge 277square metre private pool, it’s the crème de la crème. Elsewhere not only is there a 36-seater cinema, but the Jumeirah Group has reimagined its award-winning Talise Spa including female-only facilities, couples treatment rooms, huge indoor pools, state-of-the-art gym and tennis courts. The culinary options are as exquisite as to be expected from the luxury group — with eight signature restaurants offering everything from Mediterranean delights to traditional Bahraini dishes, there’s something to suit all palates. Book now

Six Senses is on a huge expansion spree right now, so it wasn’t going to be long until it opened its first resort in Switzerland. Setting up shop in the picturesque Alpine destination of Crans-Montana, just two hours from Geneva and slated to open just in time for the holidays, you’ll stumble upon this opulent new opening in the heart of the spectacular Swiss Alps. Built to blend harmoniously with its surroundings, guests can enjoy stunning views from all 47 guest rooms and suites, while for the lucky few, several Six Senses residential units are available for purchase under a special provision that is one of the last construction projects able to offer residences for sale to foreigners. 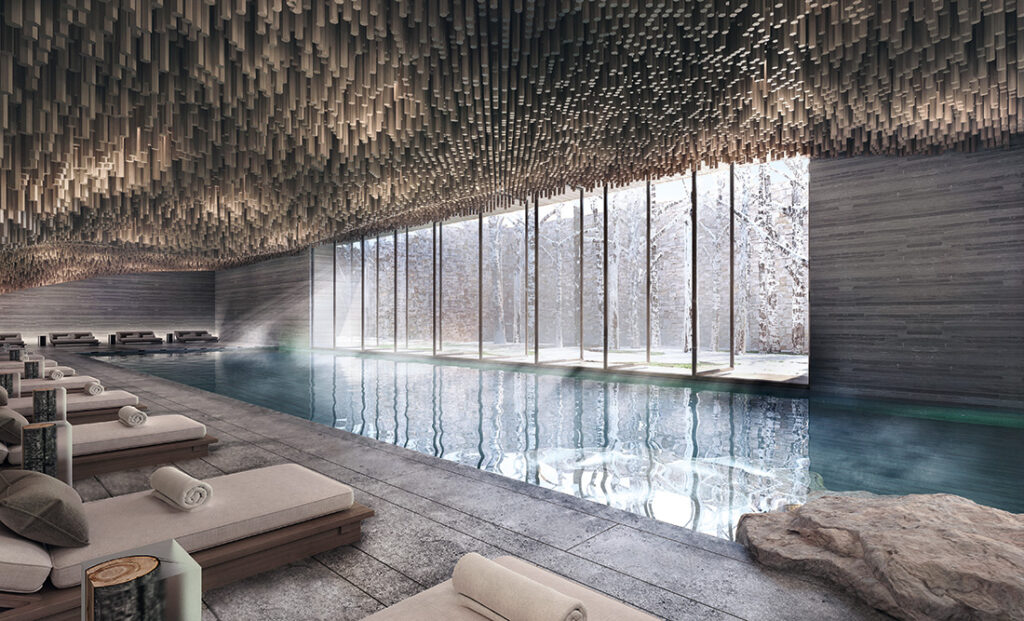 When not out on the slopes, there’s plenty to keep guests entertained, fed and watered including two restaurants, a bar and picturesque terrace, plus a serene spa which is where you’ll find us. Focusing on uniquely adapted alpine therapies and treatments, it’s a treat for all senses, while there’s also access to a gym and swimming pool for those looking to keep up their exercise routine. Bored of relaxing? There will also be a bunch of off-site experiences, sports, cultural events and excursions to keep everyone happy. Consistent with all Six Senses luxury hotels around the world, sustainability is a key focus here too, with recycled, local and repurposed materials used in everything from flooring to fabrics, while energy and water are kept conserved through efficient lighting, ozone protection and renewable energy sources, so you can leave any guilt at the front door. Don’t mind if we do. Book now 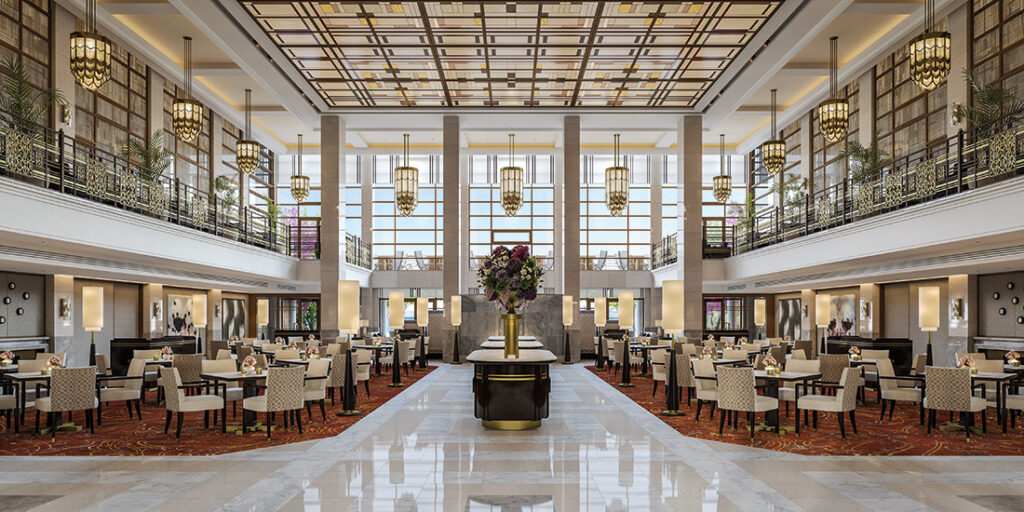 With its top drawer attractions, wealth of superb buildings and east-meets-west cuisine, Istanbul is a city that has been enticing curious travellers for decades. Sprawling across both the European and Asian sides of the Bosphorus Straight, history — and hospitality — ooze at every turn. And while it’s not short of a luxury hotel or two, there’s one new opening that’s on everyone’s lips — The Peninsula. Set to open on Valentine’s Day 2023, you’ll find this lavish waterfront property right on the banks of the river in the historic Karaköy district. It’s home to 177 rooms and suites, some of which come with sweeping water views from large windows, balconies or private terraces, while others have direct access to the lush landscaped gardens, outdoor swimming pool, private boat deck and luxury boutiques. Each one, however, will be decorated with bespoke furnishings, original art, modern Turkish design elements like wood and mother-of-pearl inlay, kilim-style carpets and sumptuous bathrooms clad in Marmara marble. You also have to check in to the Peninsula Suite at least once in your lifetime — measuring a huge 510 square metres, it comes complete with its own hammam, gym and rooftop swimming pool, making it one of the most extravagant suites available in the city. 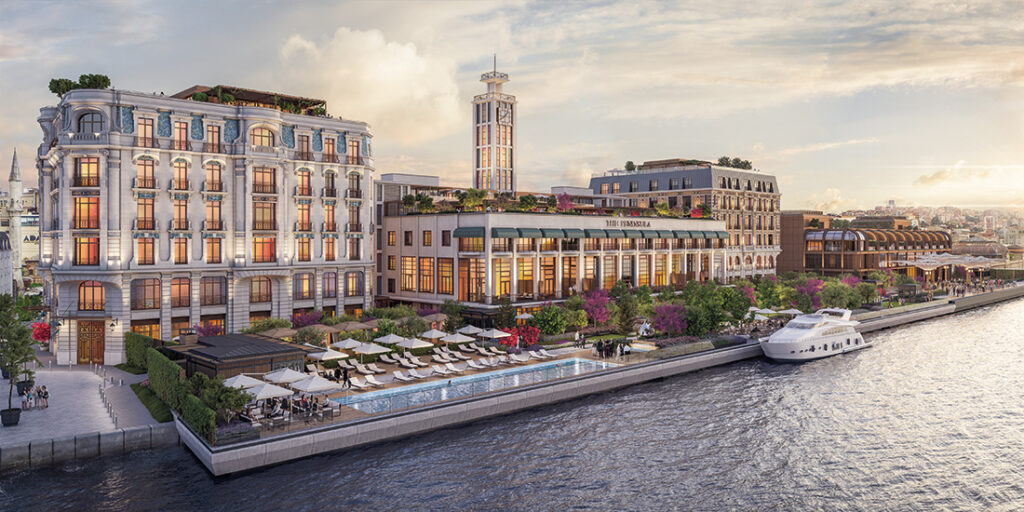 Once you’ve spent your days sunning yourself by one of its numerous pools or stalking the city’s meandering streets, but sure to head to The Peninsula Spa to indulge in the ancient Turkish tradition of Hammam steam baths. You’ll also find a dramatically-lit indoor swimming pool, extensive menu of treatments and dedicated fitness centre offering workout classes, workshops and meditation. As to be expected from such a culinary hotspot, foodies will be more than well catered to as at the sophisticated Turk-Asian up on the rooftop restaurant and bar, which also boasts an expansive rooftop terrace with unparalleled views over the Bosphorus and hotel gardens. In keeping with the hotel group’s cherished tradition, there will also be Afternoon Tea served in The Lobby alongside globally-inspired fare. The Peninsula is set to anchor a new waterfront revitalisation project called Galataport, which will include a promenade, museums, art galleries, restaurants and boutiques, so there will be plenty to keep you occupied if you choose to stray from the hotel’s magnificent grounds. We don’t blame you if you choose to stay put, though. Enquire now

Read Next: Six Travel Books To Satisfy Your Wanderlust

The Editor’s Guide To Rome, Italy

Is This London’s Most Exclusive Address?