Could This Sustainable Diet Save The World?

As we continue to look for answers to the ongoing climate crisis, MOJEH investigates a sustainable diet that might just save the world

Covid and climate change – the big ‘C’s on everyone’s lips. And while we’re busy hiding under our blankets and wishing good riddance to the former, there’s no escaping the fact that the latter is here to stay. The climate crisis is squarely in the spotlight thanks to the recent COP26 Climate Change Conference, where world leaders made it to Glasgow via environmentally unfriendly planes, trains and automobiles to discuss the state of our planet. Yes, a recent report from the Climate Accountability Institute does trace 70 per cent of greenhouses gases back to just 100 companies, yet 34 per cent of all man-made greenhouse gases are attributable to food systems, meaning there’s plenty we can do when it comes to what we eat. Enter the Climatarian Diet.

Veganism, plant-based, flexitarian, reducetarian – it’s easy to dismiss the Climatarian Diet as the latest in a wave of healthy eating trends. Yet according to the experts, this diet of the future could be the answer to both improving our health and reducing our carbon footprint, with the doctors at leading global nutrition app Lifesum unveiling that it could reduce our CO2 by 1.5 tonnes annually. “This year will be about considering the impact our diet has not just on ourselves, but also on the climate too,” UK- based wellness guru and nutrition expert Penny Weston, who runs Made Wellness Centre in the rural English county of Staffordshire, tells MOJEH. “It’s becoming much more of a priority for people as we learn about the impact of climate change and understand how important our part is in protecting the planet. It’s no surprise that the Climatarian Diet is set to be huge in 2022.” With the experts estimating that following a Climatarian Diet could save a huge amount of CO2 per year, what does it mean in practice? “Simply put, it means making more educated choices about the climate impact of the food we buy and consume, eating less meat, and consciously opting for lower-carbon options as much as possible,” explains Lina Shibib, clinical nutritionist at Medcare Hospitals and Medical Centres. 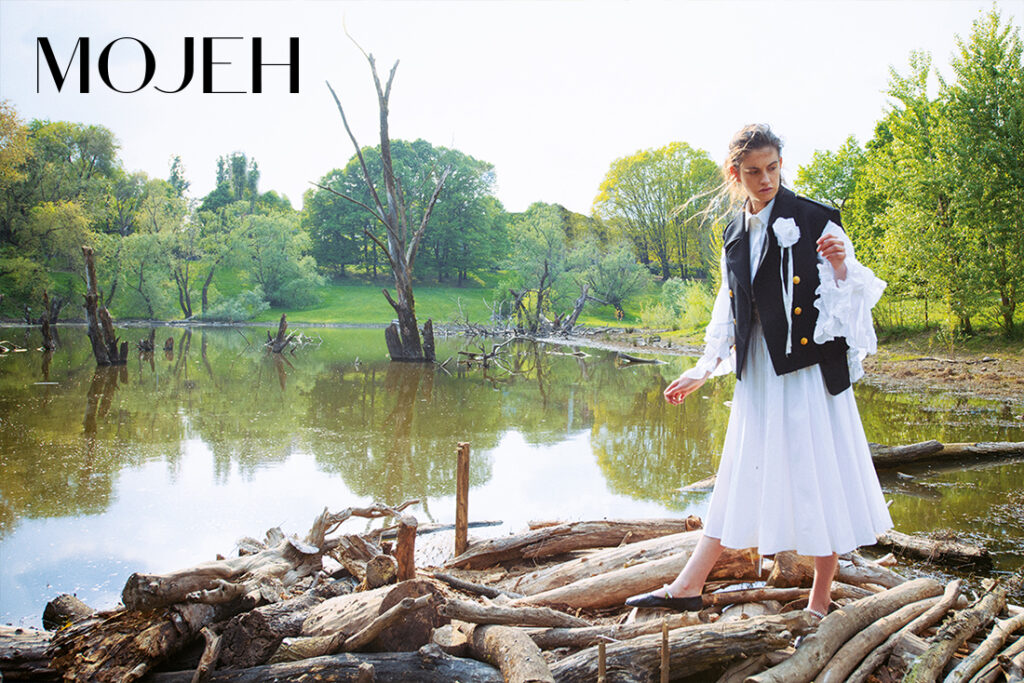 Originally devised by a professor of sustainable nutrition at the University of Aberdeen in 2012, it’s said a ‘pure’ climatarian diet of just pasta, peas, fried onions, brassicas, sesame seeds, dry wholegrain breakfast cereal and sweets would reduce our carbon footprint by 90 per cent. The problem? No one wants to stick to a diet of those things (and neither should you, by the way). Perhaps more encouragingly, WWF’s ‘Plant Based Diet’ report discovered that transforming our diets and food systems globally by eating less meat could reduce food-based greenhouse gas emissions by at least 30 per cent, wildlife loss by 46 per cent, agriculture land use by at least 40 per cent, and premature deaths by at least 20 per cent, while according to scientists at Imperial College London’s Grantham Institute, going plant- based is one of the nine realistic things we can actually do about climate change, alongside cutting back on flying and walking or cycling instead of jumping in the car.

With global greenhouse emissions from animal-based foods almost twice those from plant-based foods, eating less meat is a core principle. But with much fruit and veg flown thousands of miles across the globe to fill our plates, it’s also important to eat locally-sourced produce where possible too, ideally in season. “Plant foods have a smaller carbon footprint in general, with fruit and vegetables having the lowest carbon footprint of all,” explains Shibib. “That means your go-to should be plant-based, locally sourced produce when it’s in season.” And if this year’s Waitrose Food and Drink report is anything to go by – it showed that 70 per cent of people said their food’s carbon footprint was important to them – a huge number of us are already on board. We know what you’re thinking – adding more fruit and veg to our diet is doable, but local fruit and veg in the UAE? “In terms of locally-grown produce, the UAE is still in its infancy, and a large proportion of what most people eat is usually imported,” Claudia de Brito, Dubai-based hospitality consultant and Middle East Academy vice chair for The World’s 50 Best Restaurants, tells MOJEH. “The majority will come from Europe, South America, Australia and North America. That has worked for us up until now as it means we don’t have to rely on seasonal produce.” Neil Gibson, commercial manager for fresh produce at Spinneys agrees, adding that historically up to 90 per cent of what we consume in the UAE has been imported. “That’s a very high number compared to other countries in the world,” he says. But things are changing thanks to technological advancements, and in recent years we have seen restaurants adding sustainability sections to their menus, farmers’ markets popping up across the country, and a growing number of supermarkets across the UAE stocking produce from local farms. Case in point – Gibson tells us that Spinneys bought 80 tons of blueberries from local markets last year and are forecasting even bigger numbers in 2022, while we can expect more of everything from tomatoes, strawberries, raspberries, herbs and imperfect produce including aubergine, peppers and cucumbers on the shelves. “When something is grown locally and we can get it into our shops within 24 hours, it’s better on many many fronts, from nutritional value to the quality of eating,” he explains. “Demand is definitely increasing, and we’re seeing huge improvements in the availability of local produce,” adds de Brito. “Primarily in fruits and vegetables with organic farms including Emirates Bio Farm, but also in agriculture too.” 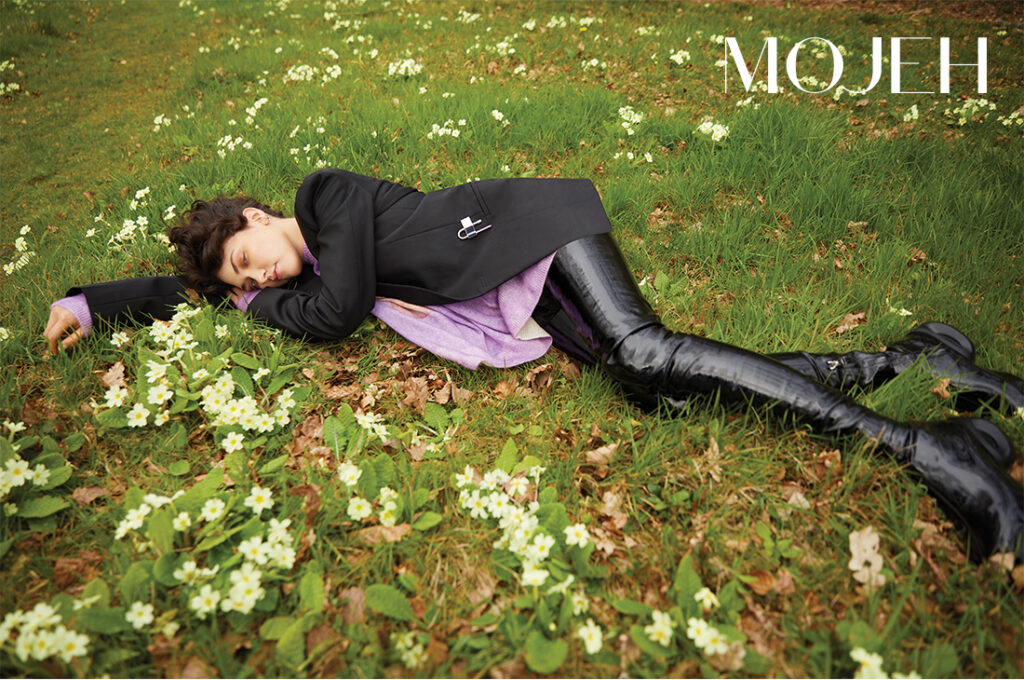 Fish Farm, the UAE’s first organic aquaculture business, was set up in 2013 to challenge the country’s reliance on imported produce and offers everything from locally-sourced sea bass and sea bream to salmon and king fish. And it’s not just B2B either – FreshOnTable and Pure Harvest are great options for consumers looking for locally-sourced fresh fruit and vegetables all year round. Add to that Elena Kinane’s Greenheart Farm Shop in Dubai’s Barsha South which is filled with baskets of fresh tomatoes, heirloom carrots, burgundy okra, corn, kale and pepperoncini throughout the year, and it’s clear to see that an increasing number of options are becoming available. “They’ve put a lot of work into the soil, and the seeds have really acclimatized to the weather, so now they are at a point where the vegetables can grow under our slightly harsher conditions,” she explains. Looking further afield to Oman, known to some as the ‘garden of the Gulf’ with its border just 200km from Dubai, also opens up a whole delicious world of okra, beets, papayas, bananas, mangoes and coconuts, as well as Dibba Bay Oysters which has been quietly disrupting the Emirates’ seafood industry for a while now. Not only was it the first farm to grow oysters in the warm waters of the Arabian Gulf, it also sends its produce directly to local markets and the city’s finest restaurants including The Maine and BOCA. At the end of 2020, the team went one step further by launching a shop in Jumeira Fishing Harbour where you can enjoy your oysters alongside organic smoked salmon farmed in Jebel Ali and local burrata produced in Sharjah. More recently Dibba Bay Oysters opened its first oyster bar at The Pointe’s Food District, allowing conscious foodies to enjoy the briny treat direct from the farm itself. The Food District is home to 13 homegrown UAE brands all under one roof including The Roost, which serves up rotisserie-style chicken using locally-sourced, free range produce, and Silk Gelato, home to creamy ices made using Emirati milk. It’s another great option for climatarians in the making.

We talk a lot about plant-based products, but asking the world to suddenly give up meat is highly unrealistic. Luckily, it doesn’t have to be completely off the menu. “Followers of the Climatarian Diet don’t need to exclude meat completely,” says Weston. “It’s really about being more aware of the type of meat you eat, which will reduce your carbon footprint in the process. The production of beef and lamb, for example, require more land and water, and have higher carbon emissions than chicken, so if you’re still keen to eat meat, the latter is a better option. Also try to avoid buying meat that is dirt cheap as it will inevitably be from a poorly-raised farm which doesn’t have an interest in sustainability as they will be working to low profit margins. Shibib agrees, pointing us in the direction of research from Harvard School of Public Health which suggests it’s enough to limit your beef and lamb intake to one standard serving of 65g per week, or one big portion per month, such as a steak or roast. “Once you’ve been doing that for a while, you might feel comfortable with it and start eliminating meat completely. Cheese is another big offender with the highest carbon footprint of all dairy products,” she says. 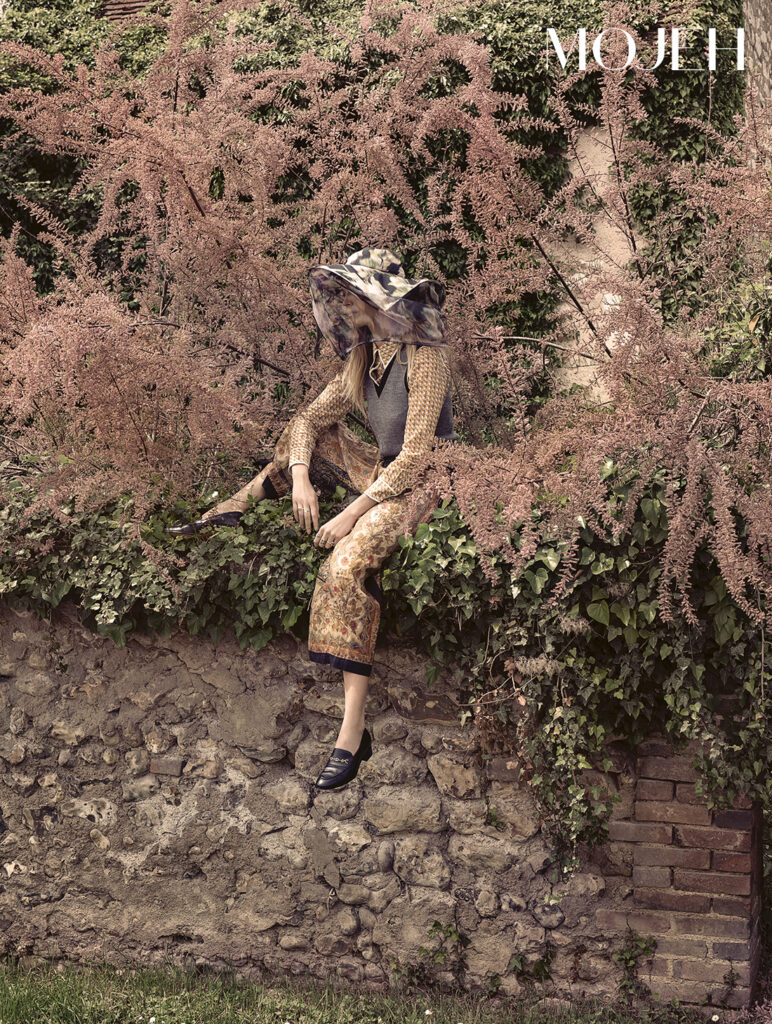 Aside from what’s on our plates, looking beyond them is vital too, especially given that food waste significantly contributes to greenhouse gas emissions – the methane it emits when decomposing in landfills is a particularly strong greenhouse gas. In fact, according to new food de-wasting platform EroeGo, around 1 million tonnes of food is wasted in the UAE alone each year, a lot of it due to aesthetics – think veg that is too big, too small, or a funny shape, otherwise known as ‘wonky fruit’. These shocking numbers are behind the company’s recent launch, as they reclaim excess fruit and vegetables and send to consumers at significantly lower prices in a bid to put an end to food waste in the UAE. By teaming up with wholesalers, farmers and retailers to ensure delicious yet so-called ugly produce that may have gone to waste lands on our doorsteps instead, consumers can simply choose a box of fruit or veg that suits their needs and have it delivered direct to their door with minimal or no emissions where possible. What’s more, up to 10 types of veg and five types of fruit can be picked per delivery, from carrots and mangoes to butternut squash and bananas.

Buying just what you need to avoid food waste, batch cooking and filling your freezer with leftovers will also help to reduce food waste and support healthy eating when you don’t feel like spending too much time in the kitchen. “Batch cooking and saving leftovers for another day helps reduce the energy used during the cooking process – aside from reheating, you are only using energy once to cook,” explains Weston. “Many people are pushed for time nowadays as we juggle busy work schedules and families, but the beauty of batch cooking is that it allows us to make a week’s worth of meals in one go while doing a small bit to help the environment. Of course time and money demands are different for everyone – it’s essentially about learning to find ways that work for you and your lifestyle.” Saving both our time and the planet whilst offering some serious health benefits to boot – that’s something we can most definitely get behind.

Read Next: Everything You Need To Know About Supplements

Skin Cancer Awareness Month: How To Conduct A Self-Exam And What To Look For

Five Exercise Myths That Are Sabotaging Your Workout

Why Everybody Is Talking About Boutique Padel Venue Matcha Club