Photographers, graphic designers, painters and illustrators send messages of love and support to Lebanon through artworks that capture just a fragment of the chaos and devastation

It is difficult to fathom the utterly heartbreaking event that took place in Beirut on August 4 and even more difficult to put the damage into words. Unable to voice the true extent of grief, sorrow and anger that surrounds the explosion, artists across the Middle East have expressed their overwhelming feelings in works of art dedicated to Lebanon.

Each piece represents a different emotion tied to the tragic explosion that killed over 200 people, injured thousands, destroyed livelihoods and left 300,000 residents without a home. Emotive photographs capture the crippling damage of the blast; graphic illustrations convey solidarity; mixed media works reflect the resilience of the Lebanese people; and paintings honour the lives that have been lost. 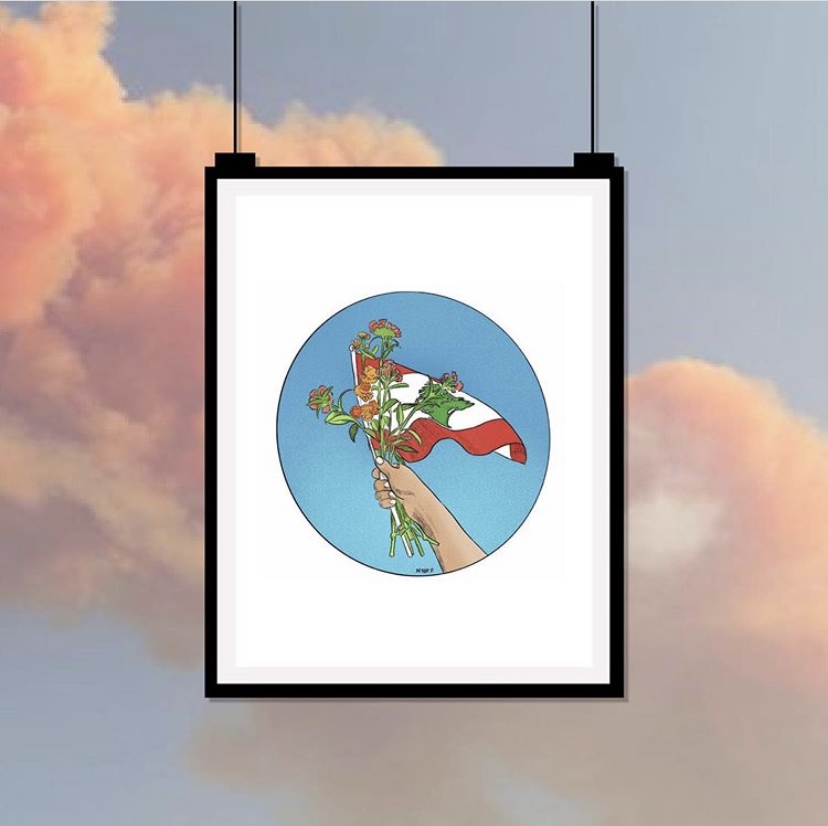 While some Arab creatives are using their artwork to spread awareness of the situation in Lebanon via social media, urging their followers to help in any way they can, others are participating in auctions and selling prints to raise funds for relief efforts in Lebanon.

American-Lebanese illustrator, Nour Flayhan, has been accepting commissions for her colour-popping art with all proceeds going to charities in Lebanon. The artist has also collaborated with online concept store, Dikkeni, to create special prints (that can be purchased as standalone posters or printed onto tote bags) to raise money for Impact Lebanon. 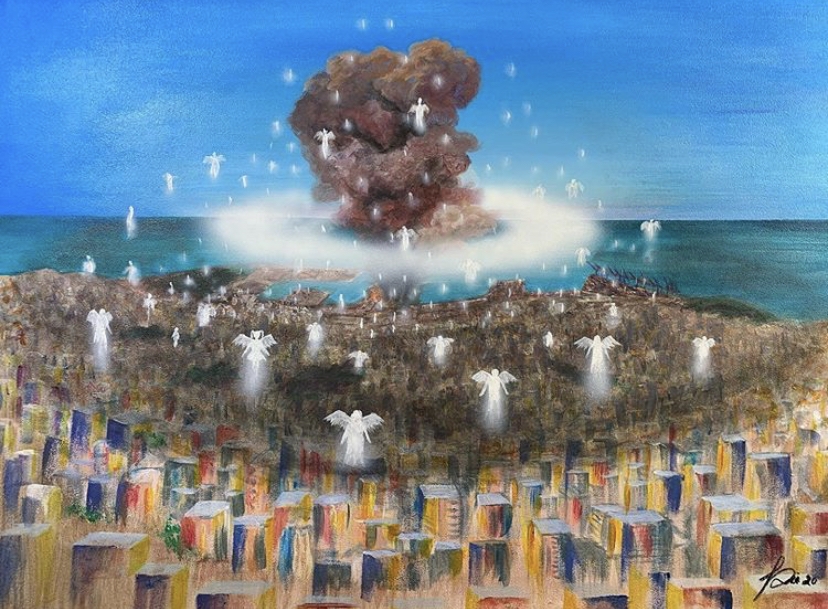 ‘Rising Angels’ by Fatima Dia (bids can be placed here)

When Lebanese artist Fatima Dia’s painting, ‘Rising Angels,’ went viral, Dia decided to sell it at auction and donate the money to those who have lost their homes in the tragedy. The harrowing image of angels floating above the shattered city and into the cloud of the blast, is one that will poignantly stay with us all.

Meanwhile, photographers from across the world have also come together to raise funds for Lebanon in a print sale entitled, ‘For The Love Of Beirut.’ Organised by Ruwa and Gulf Photo Plus, the initiative captures the city that has been destroyed and the spirit that will survive, with 100 per cent of proceeds from each print going to the Lebanese Red Cross. Participating photographers include Lebanese creatives Myriam Boulos and Rita Kabalan, and prints can be purchased here.

Read Next: Here’s how you can help Cinema Akil raise funds for Lebanon

Everything You Missed At Prada Mode Dubai

Five Ways To Make Your Home A Stress-Free Zone