From working from home to paring-back our social calendars, we’ve never had more flexibility or agency when it comes to managing our time. So is it time for more of us to power down during the day and embrace afternoon naps and the restorative benefits they have to offer?

When it comes to sleep, a solid eight hours of nightly shuteye has always been considered the gold standard. And while you might think working from home and having fewer social commitments over the past 12 months would have helped people to relax more, there’s nothing like the uncertainty of a global pandemic to spark intermittent insomnia. But if nightly sleep continues to evade you, despite your best efforts, shorter afternoon naps – where you power down and shut off for as little as 20 minutes – could be the answer to your sleep deficit.

Increasingly being seen as an alternative way to keep energy levels high without disrupting our internal circadian rhythm, naps are also healthier than reaching for a double espresso in the afternoons. A 2002 study conducted by Dr Sara Mednick, cognitive scientist and co-author of Take a Nap! Change Your Life, found that “power naps”, defined as “brief periods of daytime sleep lasting an hour or less”, as opposed to longer periods of sleep at night, can help increase alertness, reduce stress, prevent burnout, strengthen memory and even aid weight loss. This is because the brain can only function in a restorative mode when we are asleep. “It affects your brain in every single way possible. If you’re not sleeping, you’re more likely to be anxious, you’re going to be irritable, you’re going to be tired, your cognitive function might suffer, which you can see more in people who are working shift work or doing important jobs,” Dr Sana Kausar, a family medicine consultant and aviation medical examiner at King’s College Hospital Dubai, shares. “When you’ve not slept, you’re not capable of concentrating in the same way. Even down to the fact that it might be dangerous to drive or, if you’re a student, your learning is going to be affected because your memory forming capability is affected. Your emotional regulation won’t be so good. It’s like when you watch toddlers. When they haven’t napped they’re grumpy, they’re screaming and we’re all subject to the same effect.”

For the uninitiated among us, the afternoon nap – putting our phones down, not checking emails and switching off (albeit temporarily) for an hour in the middle of the day – might seem like more of a stress-inducing nightmare than a relief. However, some of the world’s biggest and most successful companies are coming around to the benefits, and actively encouraging their employees to down tools during the workday to increase overall productivity. At Google’s corporate headquarters in California, employees can access nap pods featuring lounge chairs that play soothing sounds, while at Nike’s headquarters near Portland in Oregon, staff can snooze in quiet rooms that have been designed with napping and meditation in mind. “Afternoon naps are one way to redress the balance. In some places they’re quite a traditional thing to do, like in Mediterranean countries and in hot countries,” Dr Kausar says. “It’s a known thing that people will take an afternoon nap so they’re refreshed later on in the day. Often in the corporate world that we live in it’s quite difficult to take time out for an afternoon nap but people might factor in a nap on their weekends to catch up on sleep.” As an aviation medical examiner, Dr Kausar has also seen how pilots use naps to enhance their alertness and avoid jet lag when travelling through the night or different time zones. “People that do shift work quite often struggle with getting to sleep at the right time or being well rested, which is a critical for pilots, especially when they’re flying through the night. Their sleep becomes very, very important, so we have to develop different strategies, including naps. They become used to this situation because it’s their work life.” 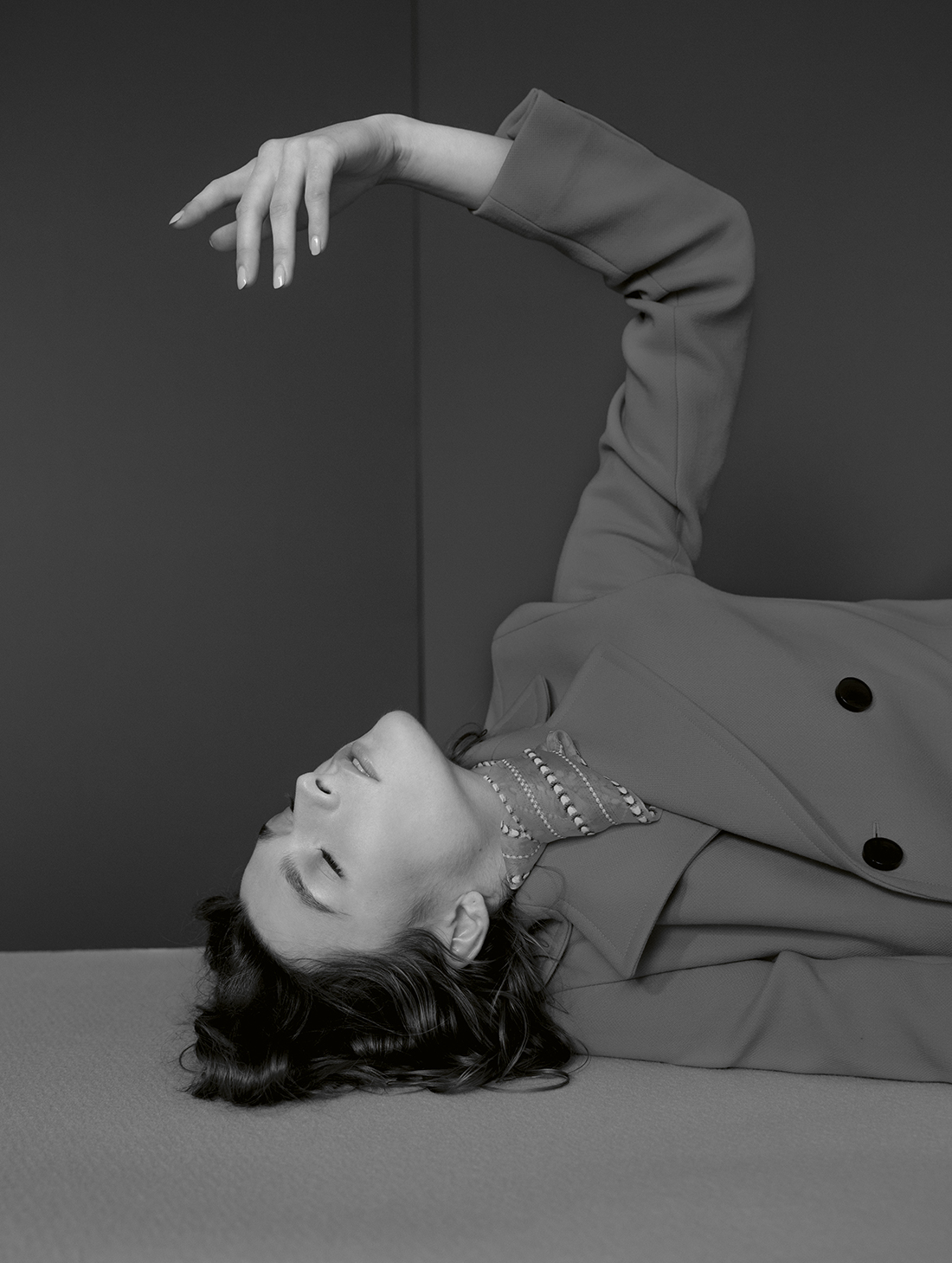 But pandemic insomnia and good old-fashioned insomnia aren’t the only factors to blame for poor sleep health. For a cohort of productive people, sleep isn’t a priority and only takes up a fraction of their day – the designer Tom Ford reportedly sleeps for only three hours per night, while Twitter CEO Jack Dorsey gets by on just four hours in a 24-hour period. Dr Charles Czeisler, chronobiologist and professor of sleep medicine at Harvard Medical School, has even coined the phrase ‘sleep machismo’ to refer to people who regard lack of sleep as a barometer of their work ethic and increased intelligence. But getting enough sleep and allowing your body to recharge is essential for both physical and mental health. Depriving the body and brain of adequate sleep can have a detrimental effect in the long run. “A good night’s sleep is just as important as exercising regularly and eating a healthy diet. Sleep plays an important role in your health, as it has an impact on your hormones, brain, and even your immune system,” says Dr Ayla Coussa, a clinical dietitian and fertility expert who is based at The Hundred Wellness Centre in Dubai. “Lack of sleep increases risk of obesity in both children and adults, heart disease and type 2 diabetes. For optimal health and wellbeing, it is recommended that you make sleep a priority and progressively build the habit of sleeping seven to eight hours per night. Good sleep can help you eat less, exercise better, be healthier and perform better.”

“When we don’t get enough sleep, people start to feel depressed and agitated, and their immune system suffers. That’s why nowadays, everyone has some kind of anxiety – one of the first things that does is disrupt your sleep,” Dr Kausar elaborates. “A lot of people can’t get to sleep or they get to sleep then wake too early. They’re not getting enough sleep and that’s because there’s so many stress hormones going on. Health anxiety has gone through the roof and sleep has been affected across the board. I don’t think I know anyone anymore that can claim to be sleeping perfectly.”

Read Next: Reverse The Signs Of Ageing With These Non-Surgical Treatments

But too much of a good thing can be bad overall and Dr Coussa warns that napping for more than 20 minutes has been associated with inertia (sleepiness after waking from a nap) and can also disrupt our circadian rhythm, so should be avoided. “According to sleep experts, power naps of 15-20 minutes recharge your system with sufficient energy, and increase alertness and motor performance,” she shares. Setting the scene is also important when it comes to sleep, and most experts agree that a dark and cool room provides the optimum conditions for napping. While you might be tempted to nod off on the couch, a bed with comfortable bedding is better if you’re at home and have access to one. But if you’re not at home (and don’t have access to the same kind of facilities as Google and Nike employees) a conference room or even your car can be a good alternative.

Mindful meditation can also help get you in the mood, and apps like Headspace, Calm and Aura all feature short meditations that have been designed to send you to sleep as quickly as possible. Exercise has also been proven to help the mind switch off when it’s time for napping in the afternoon or longer periods of sleep at night. “Yoga and breathing exercises help balance body and mind. Daily practice or at least two times per week is key to reducing your stress level,” advises Dr Coussa. She also suggests listening to relaxing music as a way to power down, and avoiding all caffeine after 3pm. Dr Coussa also recommends that certain foods can help encourage sleep. Tryptophan, an amino acid, is required to make adequate serotonin, which helps with sleep and a feeling of wellbeing and can be found in oats, brown rice, cashews, walnuts, fish, eggs and chicken. And she also explains that in times of mental or physical stress, our bodies’ magnesium stores can be depleted, so magnesium-rich foods such as lentils, beans, artichokes and bananas can help reduce anxiety.

While Dr Kausar has this sage advice for those of us who feel overloaded and can’t seem to fit sleep into our busy schedules: “It’s ok to say no to things because you need to catch up on sleep, because if you prioritise your sleep, you will have a better quality of life overall. And if you feel like there’s a problem with your sleep or you’re tired through the day, see your doctor so they can check other things, such as your thyroid function and your glucose, and make sure there aren’t any physical reasons. They can also work out if you’re suffering from obstructive sleep apnoea.” Ready, set those alarms, go!

Read Next: This Luxe Loungewear Works From Bedroom To Boardroom