It’s something we all suffer from occasionally — some more than others — and the battle is no joke. Be it diet, PMS or stress, there are a multitude of culprits behind bloating, but luckily there are ways to beat it too

Maybe it only happens after a big meal, or perhaps it’s an uncomfortable part of everyday life. Whatever the reason, there’s no denying that the dreaded bloat affects us all. In fact, so common is this bodily issue that a whole industry has popped up with ways for us to combat it. Products range from de-bloating detox teas which are predicted to be worth around Dhs255 billion by 2025, to supplements designed to kick your digestive system into gear. Yet with no one-size-fits all magic wand for an instant flat stomach, the bloating landscape can feel like a minefield. “Bloating is very common, and research shows that around 16 to 30 per cent of us experience it on a regular basis,” says Rob Hobson, UK-based registered nutritionist and author of The Detox Kitchen Bible. “And unfortunately women appear to experience the symptoms more than men, perhaps due to hormone status.” Simply described as a condition where your belly feels full and tight, often due to gas, these days it’s something that is often considered normal, yet that shouldn’t be the case. 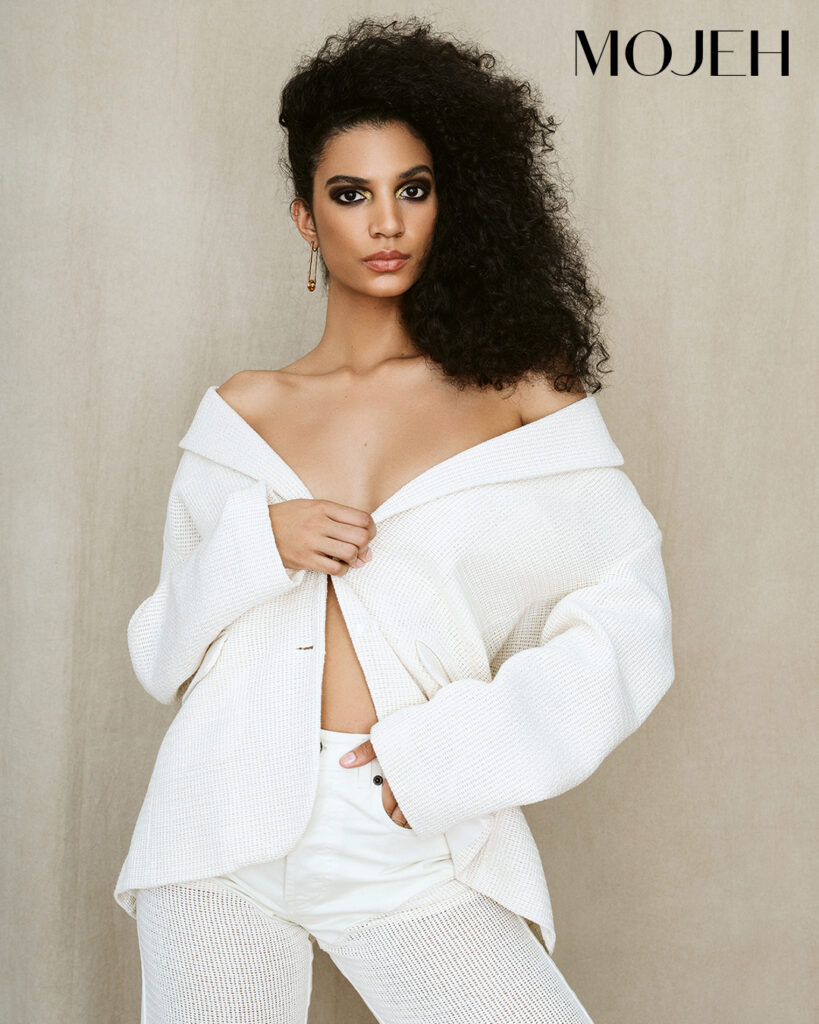 Photographed by Monika Lis for MOJEH 97

While there are many factors at play when it comes to bloating, key is obviously diet, with certain foods encouraging our stomachs to swell. “Beans, pulses, lentils and certain vegetables that are high in fibre can be a nightmare for bloating, and a sudden increase is typical among those adopting a more plant-based approach to eating,” explains Hobson. Luckily the effect associated with this increased fibre intake subsides as the body becomes accustomed to it, but be sure to increase your fluid intake as it helps the fibre swell in the gut and do its job properly. “Foods high in FODMAPs — short-chain carbohydrates that resist digestion — also commonly cause bloating, including garlic, onions, mushroom, cruciferous vegetables and apples,” adds Hobson. Then of course there is eating too fast, too late or on the go, food intolerances, digestive issues such as IBS or even that time of the month. And if that wasn’t bad enough, even stress plays a big part. “Stress affects people in different ways, and it can speed up digestion which leads to bloating,” says Hobson. “The digestive system is particularly susceptible to stress as it’s seen by the body as not essential and is repressed in favour of the systems that focus on dealing with the stressor.”

So other than chilling out, what exactly can we do to beat that bloat once and for all? “Firstly it’s important to have your dinner on time — don’t eat after 9pm — and always ensure you leave two hours between eating and going to bed,” explains Shreya Katyal, a Dubai-based dietician and nutritionist and founder of Diets and More by Shreya. “To prevent bloating, it’s vital that food is properly digested and this just doesn’t happen while you sleep. This is also why you should never eat too quickly.” Shreya also suggests taking one teaspoon of cumin with soda water in the morning to help alleviate all the trapped gases from the previous night, leaving you with a flat stomach to start the day. 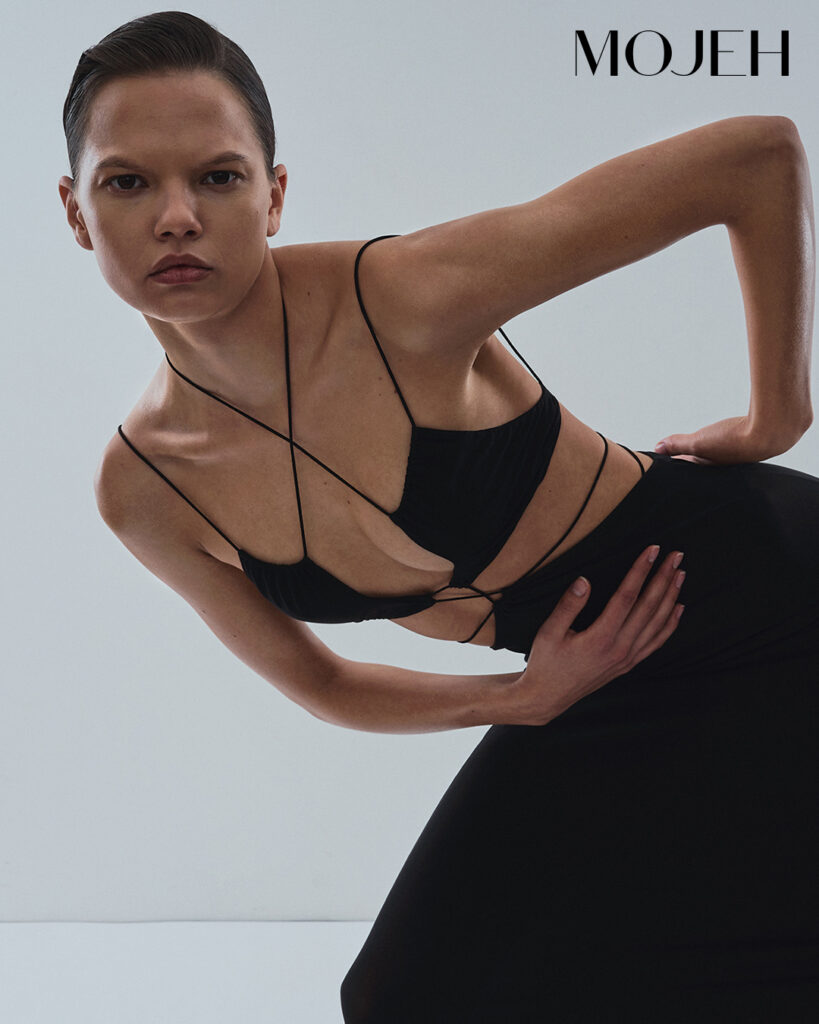 Photographed by Tony Tran for MOJEH 96

It’s not just how you eat, but what you eat too. Start by limiting your intake of cruciferous vegetables — “these foods lead to bloating because we don’t possess the enzyme to break down a complex sugar called raffinose, so they are left to ferment in the gut,” says Hobson. Onions are one of the primary dietary sources of fructans, a killer for bloating. Swapping them for fresh herbs and spices can work wonders. “Raw onions can cause more issues in some people so if you find that’s the case, always cook them,” advises Hobson. Surprisingly, though often touted as more nutritious, raw vegetables in general can have a negative effect on the digestive system as they are more difficult to digest than when cooked, so that’s also something to take into account.

For those thinking of reaching for supplements or de-bloating teas as a quick fix then a word of advice — make sure your diet is in order first or it’s likely they will have no effect whatsoever.“If you follow a bad diet or lifestyle pattern then de-bloating teas simply won’t work,” explains Katyal. “Everything is linked to each other, and you have to follow a systematic order otherwise you won’t see a difference. Don’t expect to see an immediate effect either — supplements can take their time to work, so there’s no point taking them randomly a couple of times a week and hoping for a miracle.” If you still want some extra help though, kick things off with something such as peppermint oil which works in the same way as mint tea by loosening the valve that links your oesophagus to your stomach, releasing excess gas. “Seeds such as caraway and fennel have the same impact,” adds Hobson. Just remember it’s a marathon, not a sprint — start slowly, make the necessary changes and you’ll get your digestion back on track in no time.

Said to ease water retention and fix bloating, there’s good reason why beauty editors and celebrities alike swear by lymphatic drainage massage to slim their silhouettes. Designed to target the lymphatic system to help the body drain metabolic waste, destroy foreign bodies like bacteria and flush excess water, the lymphatic drainage massage is the treatment du jour among those in the know. Reducing bloating and slimming the silhouette before the summer, everyone from Selena Gomez to Hailey Baldwin Bieber is singing its praises. Dubai’s Coya Spa goes one step further by combining the massage with a deep lyashi Dôme treatment which works in tandem to eliminate toxins while burning up to 600 calories, boosting the metabolism and aiding in slimming and reducing the appearance of cellulite. Multiple sessions are recommended for visible improvements, but it’s worth the investment. Book Now

Read Next: The Real Truth About Supplements