As commerce and cultural norms fluctuate, creativity soothes the soul. The kind that covers shared spaces has, however, caused controversy amongst both the art world and the community: is it creation or destruction, offensive or expressive?

Unlike an exhibition space, street art is unique in that it commands the attention of all and determines its own parametres and borders.  Like London, Berlin, New York, and Miami, Los Angeles is a thriving street art capital, its huge muralled walls confronting passersby with graphic accounts of politics, nature, fantasy and messages of the moment. In 2013, the decade-long ban on public murals lifted, encouraging collaboration between contributors and city officials, but frustratingly few of these spaces offer security or longevity. A $60 permit is required for artists to legally register and protect their work in LA; a sizable fee considering risk of vandalism is high.

“I first noticed #7575melrose when the works artists were putting up were not getting buffed (painted over) in a timely manner,” says WRDSMTH, a former copywriter that commands an Instagram audience of over 100k followers in his second incarnation as one of LA’s most prolific urban creatives.“I talked with artists working on the wall and they informed me that the owner was a fan of street art and was working on something unique. The wall was to become a Melrose staple for art lovers and tourists alike.” The concept is simple; designs proposed by local street artists can be displayed, in rotation, for an agreed amount of time – as long as they don’t cause racial, or religious offence. “I understand the power of art to influence minds but I am not politically or religiously driven,” says Pike, one of the wall’s curators who produces high octane works in a classic New York style. 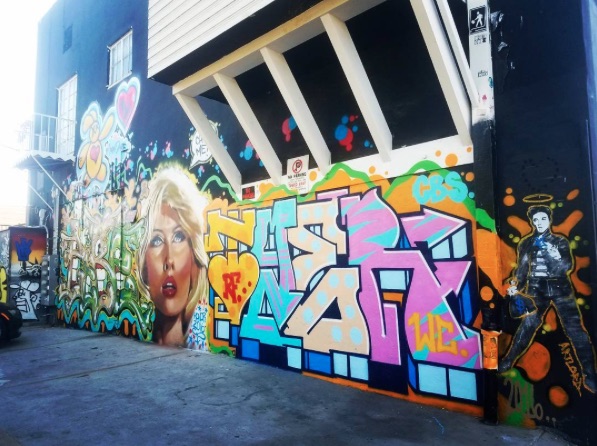 The landmark, art deco corner building above Melrose Avenue’s American Vintage store, provides a blank canvas for a neighborhood referred to by many as the ‘street art capital of the world’.  The mastermind behind this initiative, Rafi Nourafchan, was the first to realise its potential. “Street art is a dynamic and powerful medium of communication that forces public engagement,” he enthuses. “After spending much time in Melrose, I was captivated by the eclectic designs, scattered and hidden throughout the area.” Much of the artwork is created covertly and late at night. Nourafchan happened to befriend a set of these artists, hurriedly pasting their designs after midnight, in fear of getting caught.  “I shared my vision of creating a community art wall that brought together leading street artists to create a must-see, visual destination for those visiting the famous Melrose district, with the underlying and ultimate objective of bringing attention to philanthropic activities.”

The wall provides the #7575melrose artists with the freedom and excitement of an urban space and the chance to engage an unsuspecting audience. Its army of artists come in all forms, escaping from various institutions. There’s Cali kids that sought stimulation and group affiliation, tagging up the city during high school, the post-professionals that decided to choose creativity over the corporate world and then there’s those that wish to remain anonymous, acting under cover and leading a double life.

A varied and fragmented display of some of the State’s greatest talents, prestigious works by Artlord – who also exhibits at Art Basel and has been auctioned alongside Banksy – and Damien Hurst sit alongside energetic pop culture portraits of Elvis Presley and Prince, as well as poignant, politically-charged designs that reflect Trump’s recent reign. “Most of my work is based around flight,” says Megzany another artist who used to own a recruitment firm. “I have an affinity for soaring through the air like a bird.” Her works depict bi-planes tugging banners inscribed with inspiring sentiments while Padhia proposes a style she describes as ‘psychological commentary’ covering themes of politics, pop culture and sociology. “I was entranced by the street art scene in LA and #7575melrose seemed like the perfect way to get out some very powerful messages,” she insists. 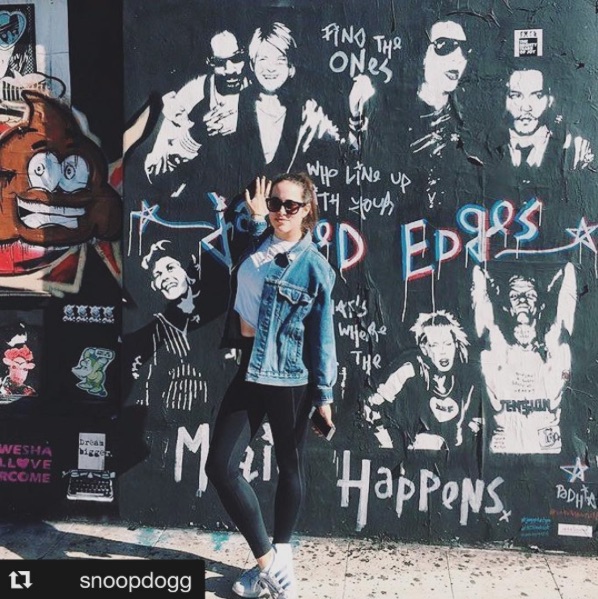 As with all modern movements social media plays its part in drawing in the crowds. Miley Cyrus sang social praise to PlasticJsus whose critically acclaimed works are influenced by politics, culture and trending news while the likes of Snoop Dogg and Wiz Khalifa share the rapidly evolving scene, tagging #7575melrose on their Instagram accounts. But more than just a colourful and eclectic backdrop for digital vanities, the concept has a greater purpose.

“Much foot fall and publicity has been generated but my main objective, was to harness this energy and excitement to promote philanthropy,” says Nourafchan. Instrumental in advancing his initiative, #7575melrose is supported by The Nourafchan Foundation (TNF) the world’s first participatory, open-source philanthropy whose mission is to improve the human condition through social and economic development. “TNF serves as a platform to encourage greater manifestation of good,” he says.  “We now have a set of talented and compassionate artists that believe in and are part of this movement. Moreover, #7575melrose has proven to be a very effective and fun way of tying in and promoting the arts with philanthropy.”

At a time when the profound effect of positivity is needed most, street art is an instantaneous avenue to communicate inspiring messages to the masses. “It’s the largest, legal collection of street art that I’m aware of,” says Padhia. “It’s like a garden, always changing with new pieces going up and old ones falling away.” Numerous artists are planning to donate their works to be auctioned with the proceeds going towards TNF’s life improving and saving initiatives, so in a first move towards securing the future of the City’s street art scene, #7575melrose bridges a critical space between art, community and philanthropy, enlivening a journey through the streets of Los Angeles and enrapturing passers by. 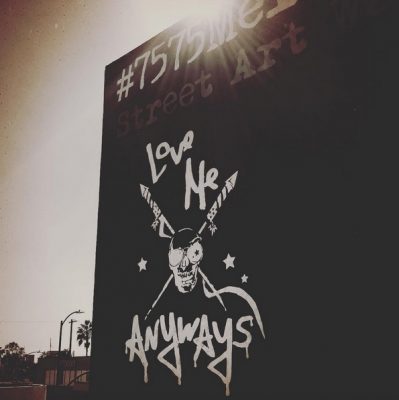 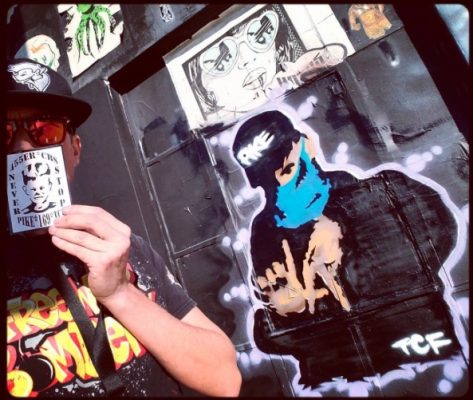 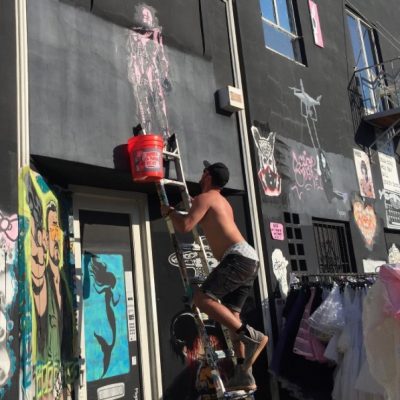 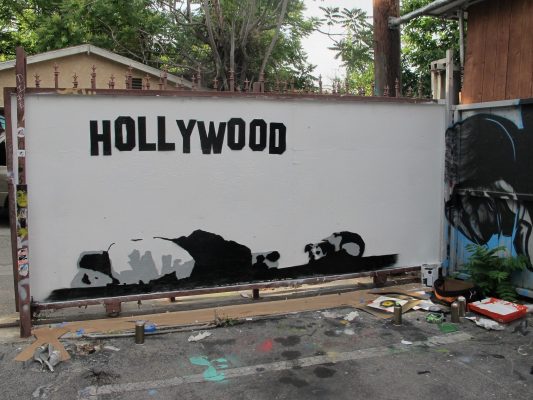 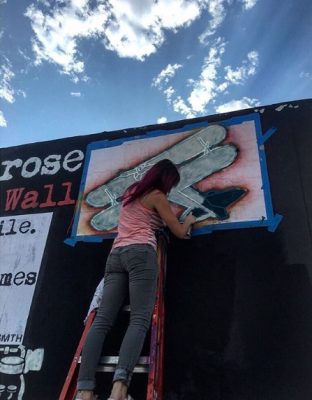 These 2019 Home Design Trends Will Leave You Ready To Redecorate

Give Your Home A Festive Makeover With These Holiday Decorating Tips