MOJEH is gearing up for the most luxurious watch show in the world- the 26th edition of the Salon International de la Haute Horlogerie (SIHH) in Geneva this week. In anticipation of the dreamland of watches and watchmaking, we make our pick of top five pre-SIHH horological wonders that are set to takeover the world with their technological and design innovations and never-seen-before functionalities. 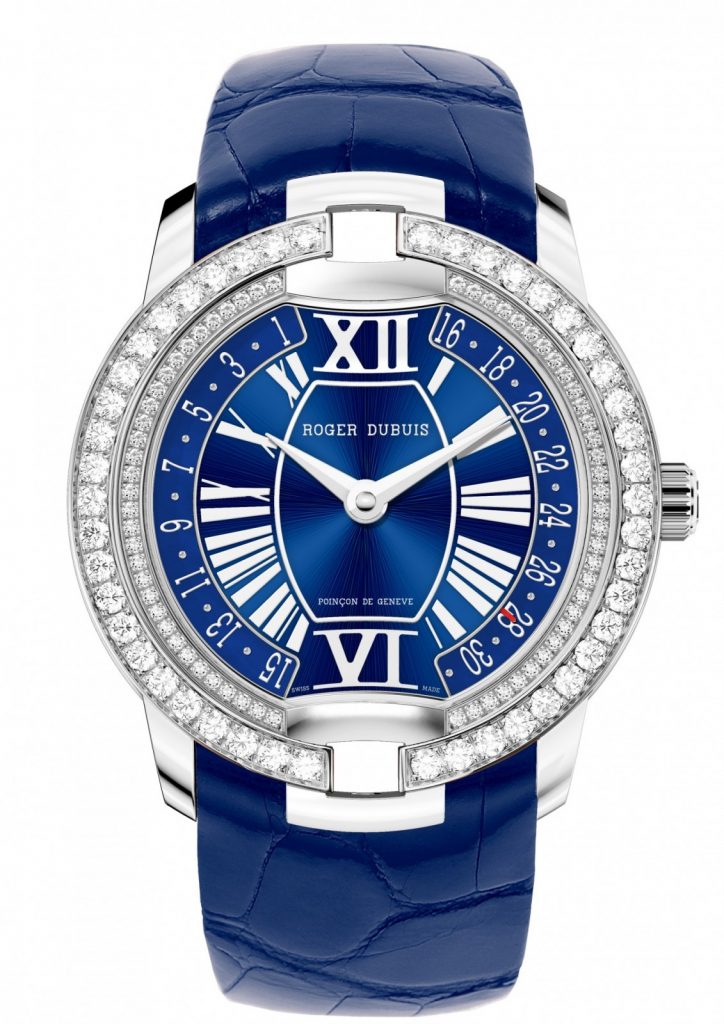 Geneva based watchmaker announces 2016 as the year of the velvet. The richly decorated watches for feminine wrists will be a yearlong focus for the brand known for its haute horologerie. The debut of the 36mm Velvet Secret Heart, offers a double retrograde date function, driven by an entirely new automatic RD821B calibre. The intriguing design of the watch features a blue sunburst dial, decorated with two rows of 46 dazzling cut diamonds sure to brighten up your day. The Velvet Secret Heart wristwatch collection will be hard to get your hands on given its supremely limited edition of eight pieces only. 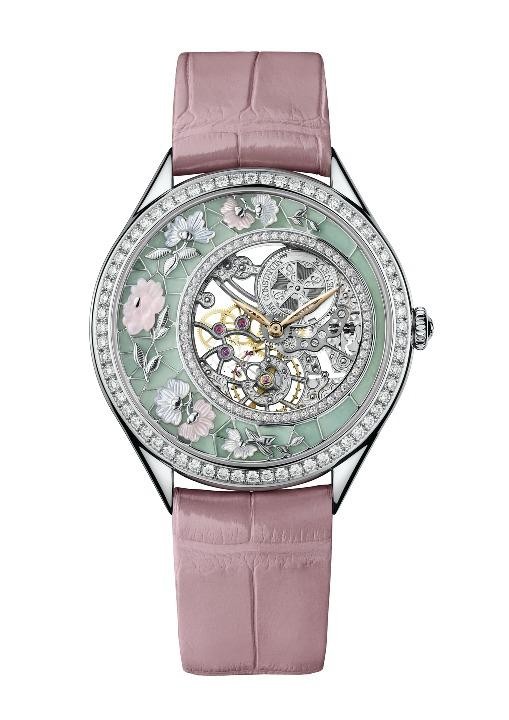 The world’s oldest watch manufacturer is always ahead of its time. Vacheron Constantin’s Métiers d’Art Fabuleux Ornements collection consists of an impressive set of watches that take inspiration from four of the most decorative arts of the world. 10 master artisans have collaborated to bring out interpretations of Ottoman architecture, Chinese embroidery, Indian manuscripts and French lacework. We have our eye on the ‘Ottoman Architecture’ piece that is adorned with a natural white mother-of-pearl base beneath a gold grid work studded with half-pearl beads. Complete with a mille grain ring and 85 round-cut diamonds that comprise about 1.1 carats, we’re captivated by the gold grid work and the majestic scrolling patterns inspired by Middle Eastern architecture. 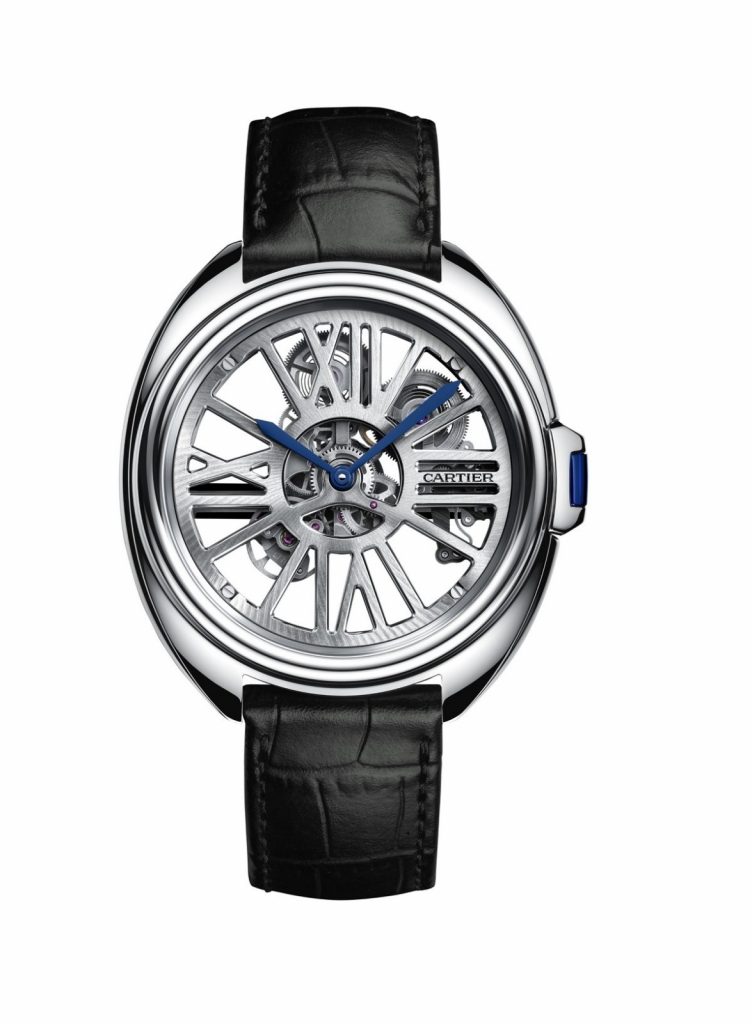 The maison of Cartier has been a constant source of inspiration and has consistently taken the world of luxury by surprise and wonder. At SIHH Cartier will be unveiling the technical genius in the art of skeletonization, where every movement of the Clé de Cartier Automatic Skeleton watch is open to take your breath away. An extremely challenging design, the movement is backed by the in-house calibre 9621 MC complete with a 22k gold rotor and an alligator skin strap with a clasp decorated with is in 18k white gold. The limited edition only has 15 pieces available across the world. 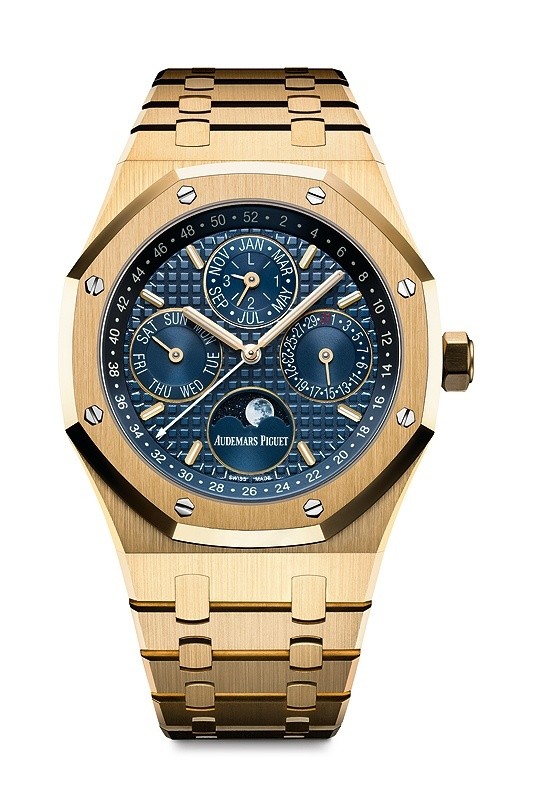 Warm as the sun, the Audemars Piguet Royal Oak Perpetual Calendar watch continues to be another milestone in the watchmaker’s 140-year-old history. Always the one to play with conventional and unconventional material such as alacrities, ceramic, carbon, platinum and many more, the brand in anticipation of SIHH 2016 has explored the timeless magic of yellow gold, by combining it with the most classic and romantic complication. The self-winding watch’s 5134 calibre is fully visible through the glare proof sapphire crystal case, but the natural glow of precious gold has been brought fully to the front. 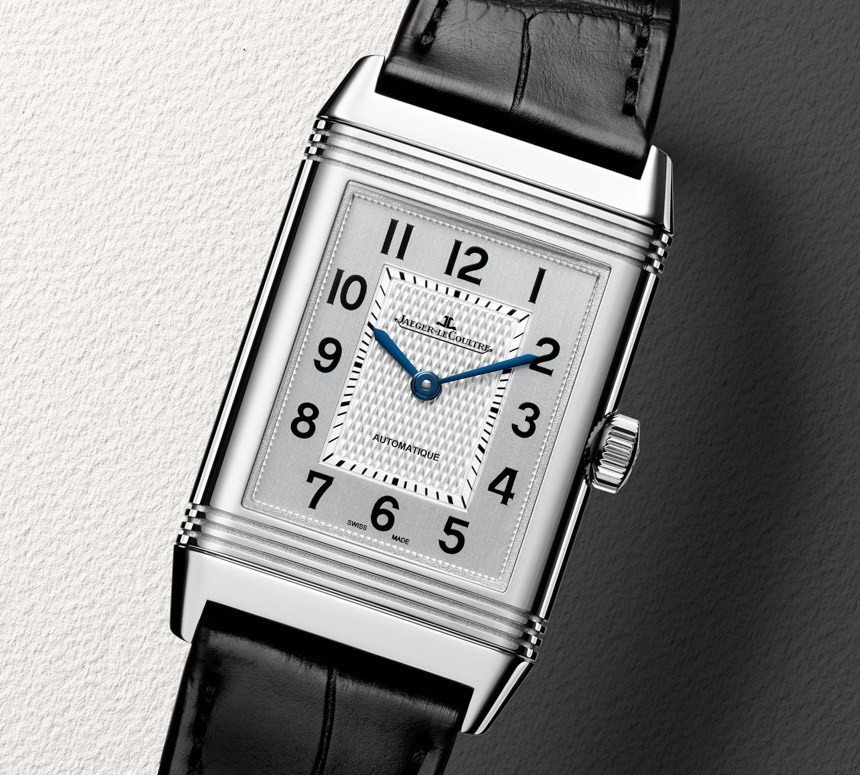 Jaeger-LeCoultre will celebrate the iconic Reverso’s 85th birthday by introducing several new editions, including two “Tribute” versions of the iconic watch that originally made its debut in 1931. The new “Tribute” edition stays true to its historic look but with better innovations and contemporary appeal such as the Duo-Face feature. On this Jaeger-LeCoultre Reverso Tribute Duo, the main dial is set in a silvery white colour highlighted with gorgeous blue accents.