Florence Welch just landed a new jewellery campaign with Gucci. And it is everything we wanted it to be…

Earlier this year, Gucci was named the hottest brand of the year according to Lyst (a global fashion search engine). And it’s not hard to see why they’ve earned themselves the crown. From Alessandro Michele’s fantastical imagination to Gucci’s exciting collaborations, there’s always something to look forward to.

Now, the Italian luxury label just released a new jewellery campaign and it is slick.

Considered to be a long-standing friend of the house, Michele tapped Florence Welch to front a slew of captivating images for the new campaign. 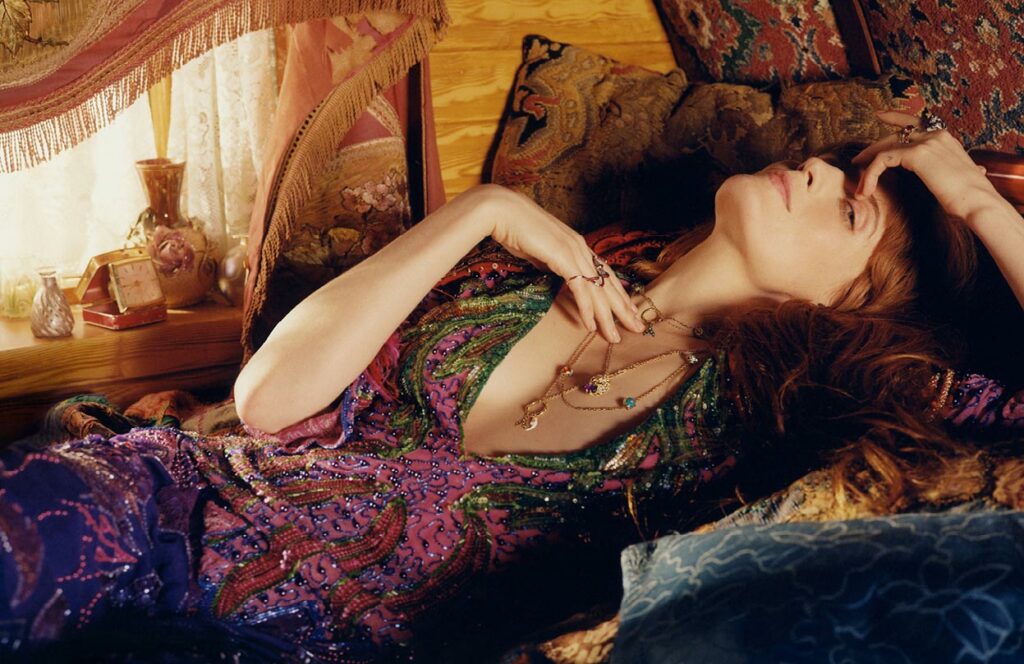 Courtesy of Gucci by Colin Dodgson

The singer is synonymous with a distinct bohemian wardrobe, and naturally, the campaign captured Welch’s spirit.

Completely adorned in Gucci’s beautifully-crafted pieces, the spotlight fell on the rings, bracelets and necklaces. The pieces were all from the Le Marché des Merveilles, Gucci Ouroboros, Gucci Flora and Dionysus fine jewellery collections. As well as the House’s silver jewellery collection.

Setting the scene was an overflow of colour and fabrics (would it be Gucci if there wasn’t?), as well as different furnishings and trinkets. 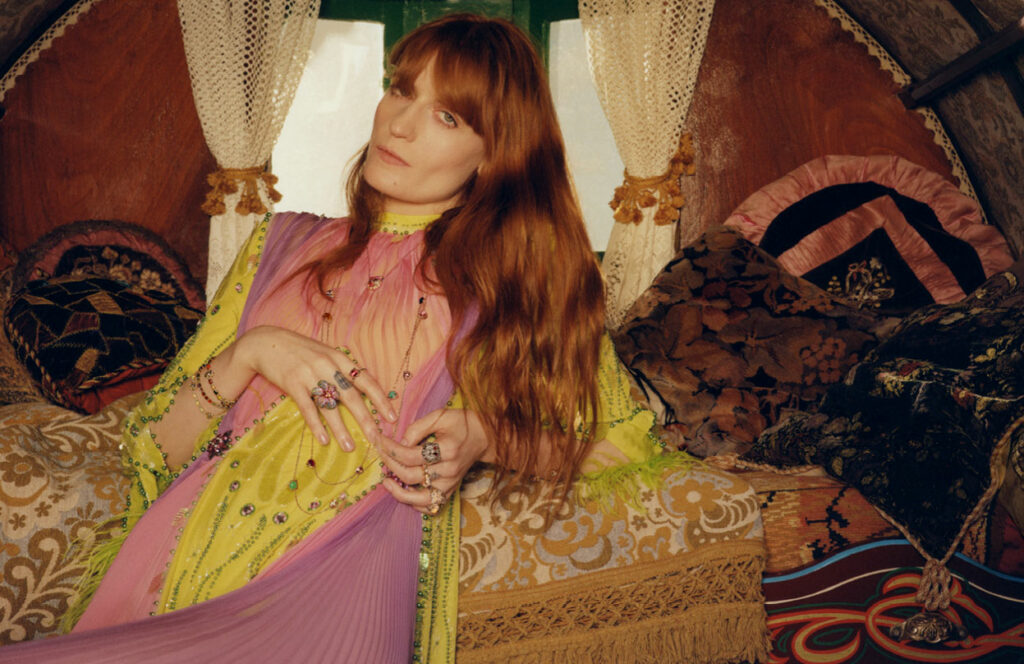 Courtesy of Gucci by Colin Dodgson

The campaign is giving us major Coachella vibes. Do you feel it too?

The Most Spectacular Celebrity Engagement Rings