The Fashion Exhibitions of 2015 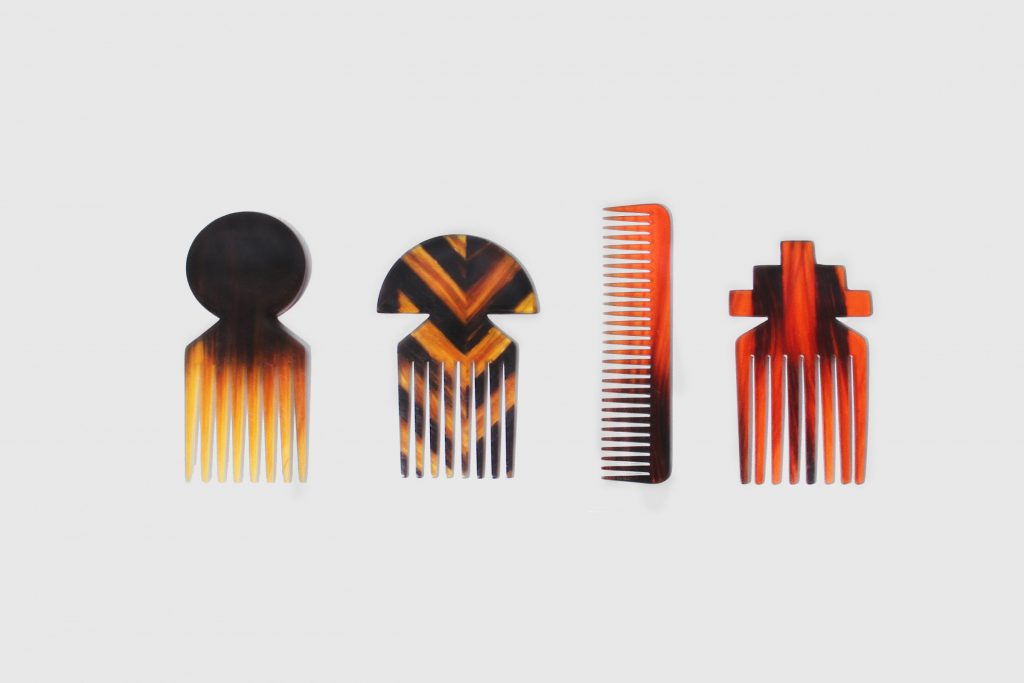 Fashion is the master of reinvention – everything that happens in fashion today is informed by the past. Here are the best exhibitions of 2015 that will keep you up to speed with your essential fashion history. 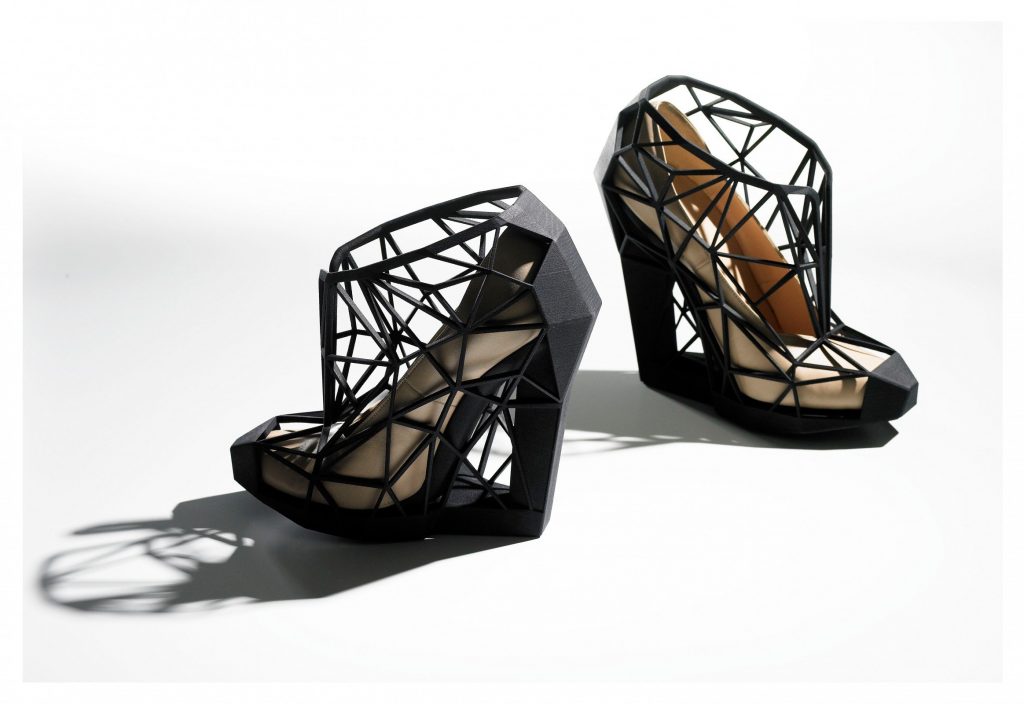 ‘To wear dreams on one’s feet is to begin to give reality to one’s dreams’, said legendary shoe designer Roger Vivier. We can think of more than a few shoe-lovers in the MOJEH office who would agree. For those who believe that an outfit starts from the ground up, the Victoria & Albert’s summer exhibition, Shoes: Pleasure and Pain is required viewing. It’s been five years in the making and over 200 pairs of shoes from around the globe will be on display – ranging from gold-leaf embellished sandals from ancient Egypt to sixties Dior slip-ons designed by Roger himself. This exhibition knows that shoes are not simply coverings for our feet; they are one of the cultural, social and historical barometers of our time. 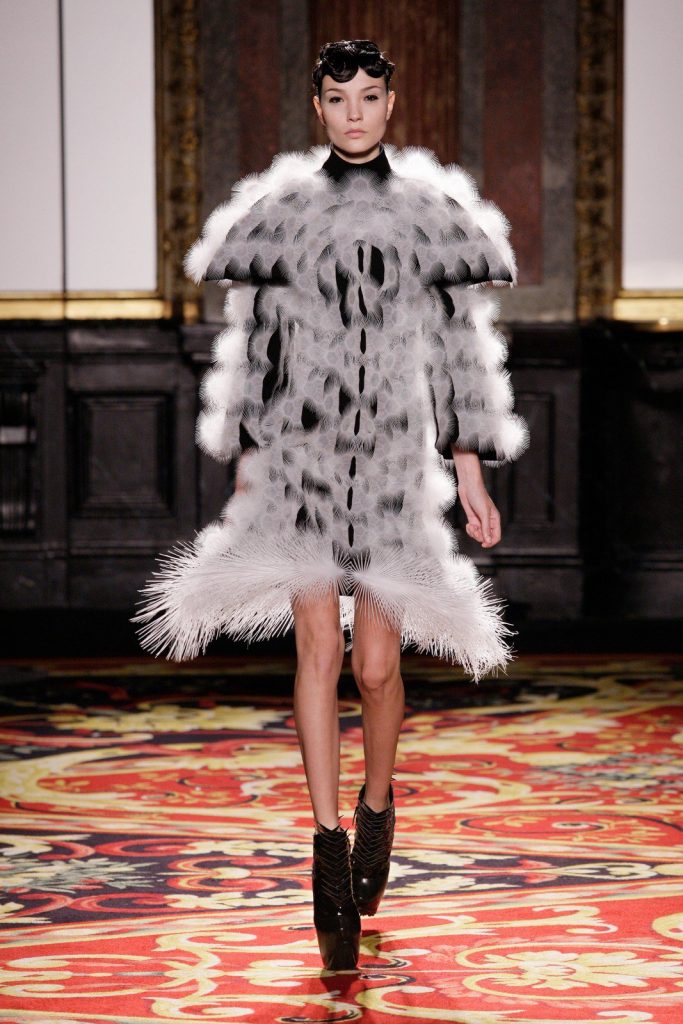 A second V&A exhibition explores the idea of luxury. Not the endless consumerism with which we may be all too familiar (and at times, jaded) but how luxury is made and understood in a cultural context. What Is Luxury? is a celebration of craftsmanship, materials, design and the investment of time and skill that denotes true quality. It includes pieces by couture designer Iris Van Herpen and haute horologist George Daniels and is divided into four sections: Creating Luxury, A Space for Time, A Future for Luxury, and What is Your Luxury? Our new year’s resolution to resist fast fashion and invest in quality luxury goods suddenly seems like a very wise decision. 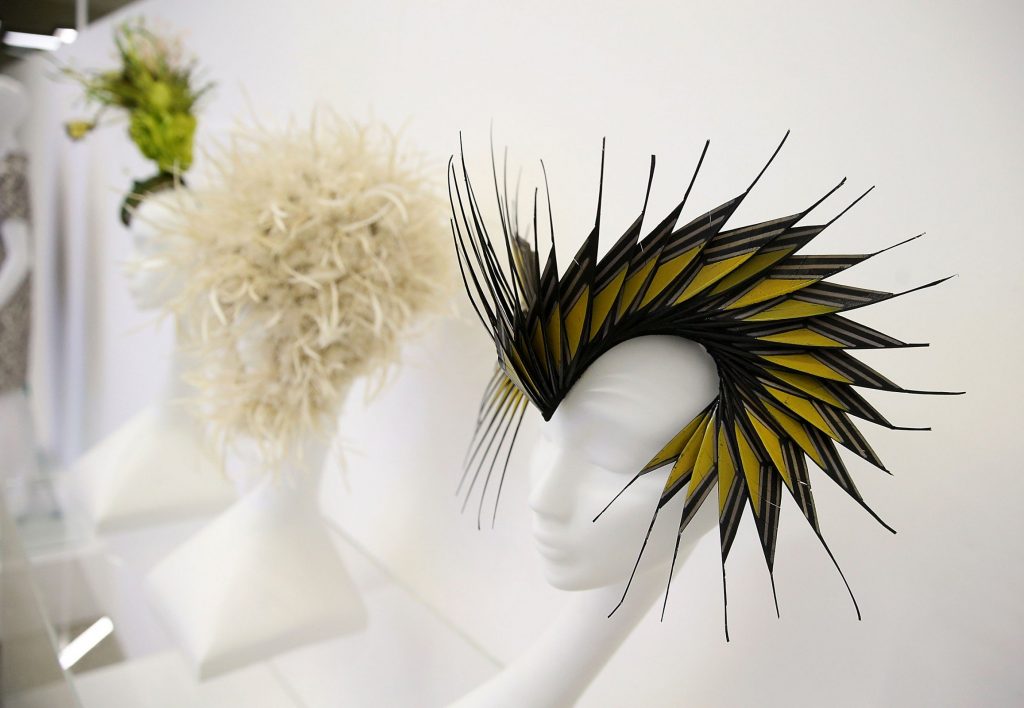 Woman Fashion Power at the Design Museum is an exhibition created by Iraqi-British world-leading architect Zaha Hadid; a woman who has not only broken through the glass ceiling but re-designed it along the way. This exhibition follows renowned CEOs, Dames, designers, models and more and examines how they have used fashion as a tool for empowerment and success. Discover the outfits and style philosophies of Dame Vivienne Westwood, Diane von Furstenberg, Natalie Massenet and MOJEH woman-in-society Livia Firth among many others. We’ve always known that fashion has transformative power – this exhibition proves it. 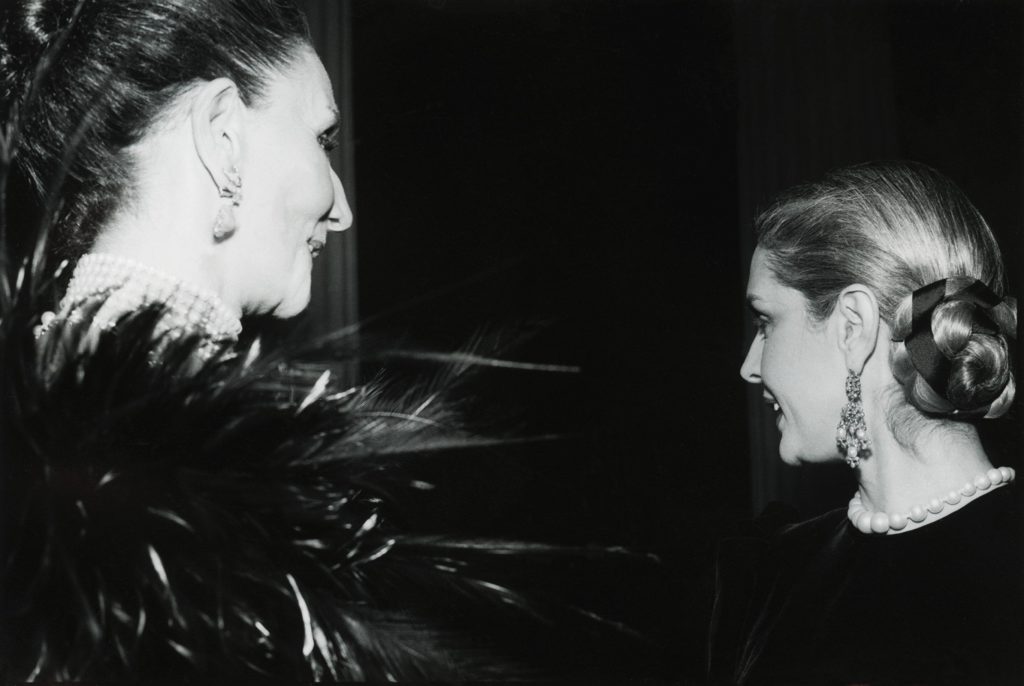 Would you like to learn the fashion secrets of Parisian aristocrat, socialite, muse, fashion designer and decorated Chevalier of the Légion d’Honneur, Countess Jacqueline de Ribes? Of course you would. She’s the fabulous subject of a new exhibition at the Metropolitan Museum of Art’s Costume Institute beginning in November. A fixture on international best-dressed lists since her twenties, she has worn haute couture for most of her life and played muse to Valentino, Yves Saint Laurent and Guy Laroche in her day. Finally launching a fashion line of her own in the ’80s before retiring in the ’90s, she remains the epitome of impeccable taste. There’s nothing this woman doesn’t know about high fashion and we’re more than willing students. 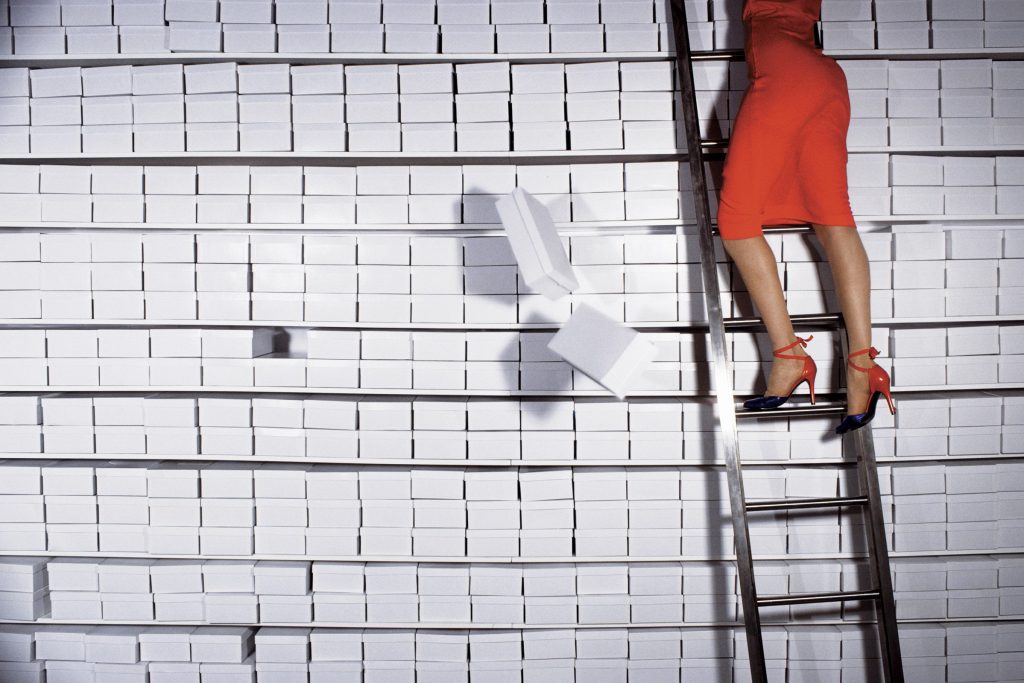 Man Ray (one of the most influential visual artists of the 20th century) had a protégé and his name was Guy Bourdin – a man who went on to become a revolutionary photographer. Guy Bourdin: Image Maker at Somerset House is the largest ever exhibition of his work, covering forty years of provocative editorial and advertising photography and film in which the product always remains secondary to the image. A man who demanded complete artistic control, from hair and makeup to placement of the image on the page, he executed his vision from start to finish in a pre-digital age (famously supplying only one negative for each photograph). Guy’s work had a huge impact on contemporary fashion photography as we know it, influencing modern day visionaries like Tim Walker and Nick Knight. See previously unreleased images such as ‘Walking Legs’ for a Charles Jourdan campaign series and an unseen fashion film from 1979. We must look back in order to look forward – and the work of Guy Bourdin is an essential part of our fashion landscape. 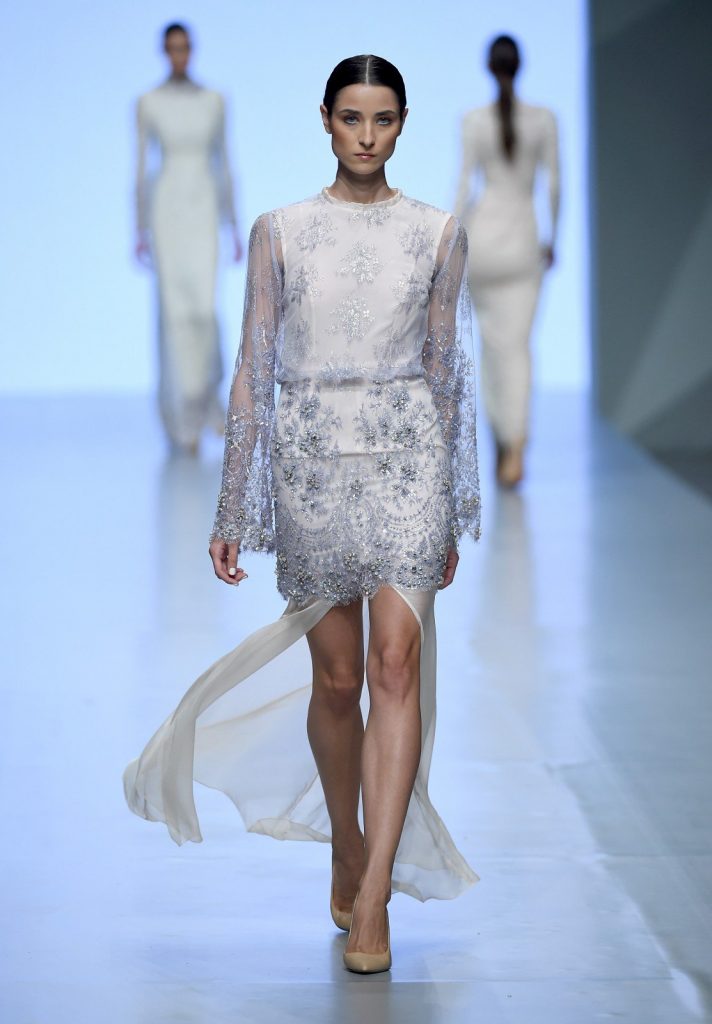 For a current look at the fashion and design talents on our doorstep, we welcome Season 5 of Fashion Forward. The event remains the definitive platform for both established and emerging designers in the region and will be staged over three days in April. The showcase includes talks and panel discussions by global industry experts and of course the much anticipated full-house runway presentations by key regional players. Last season saw Amato, Madiyah Al Sharqi, Endemage and International Woolmark Prize finalists, The Emperor 1688, present their spring/summer 2015 collections to buyers, editors and the Middle Eastern fashion glitterati. Mingle in The Garden to pick out your favourite jewels from the accessories designs on display and then refresh at the Fashion Café after a fashion-packed day of discovery.

Design Museum, London, 27 January 2015, 7pm. Fashion Historian Amber Butchart presents Barjis Chohan (founder of luxury fashion label Barjis) in conversation with Professor Reina Lewis on the subject of the dress of Muslim women. This is sure to be a fascinating discussion of themes of empowerment, fashion, faith and expression.