The stars arrived in chilly London for the British Academy Film Awards 2015. MOJEH.com brings you the best of the red carpet fashion. 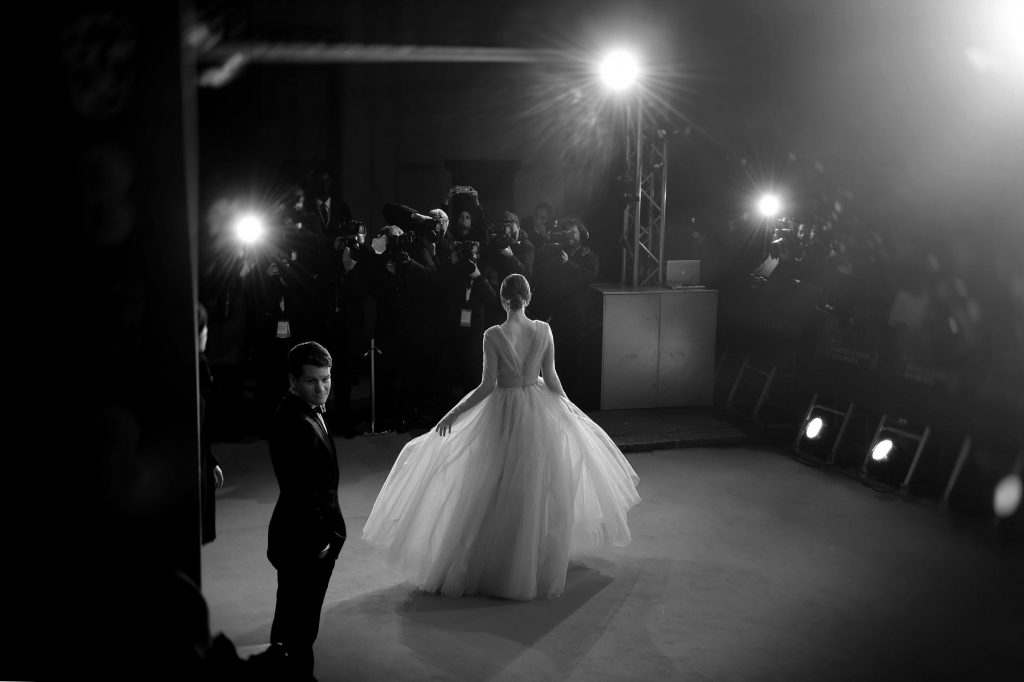 Laura Haddock at the British Academy Film Awards at The Royal Opera House in London, 2015. Photography by Gareth Cattermole/Getty Images

We’re having a little déjà vu today, but happily it’s the good kind. Yet again, Julianne Moore (Still Alice) and Eddie Redmayne (The Theory of Everything) took leading actor honours at last night’s BAFTAs in London. Can anyone stop this pair from snagging the Oscars too? Boyhood was awarded Best Film while The Theory of Everything also won Outstanding British Film and Richard Linklater was named Best Director (for Boyhood). As ever, the fashion kept us on our toes as a new crop of expertly styled ensembles paraded the red carpet. Here’s our pick of the fashion pack… 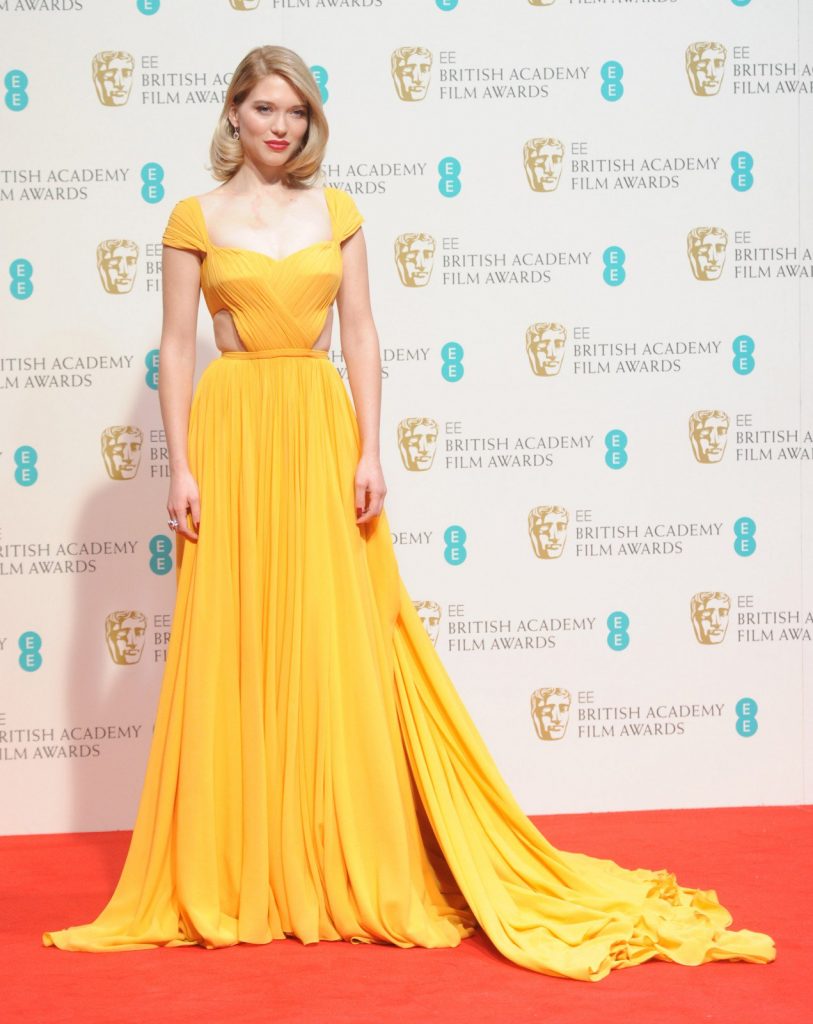 Lea Seydoux is a shining light in this sunshine beam of a Prada gown. Calling to mind Michelle William’s red carpet moment in a mustard Vera Wang dress at the 2006 Oscars, Seydoux signals her arrival to the major leagues in more ways than one. Paired with a sleek long bob and unapologetic red lipstick, the cutouts at the torso keep the dress firmly rooted in the here and now, bringing the classic Hollywood styling straight into 2015. 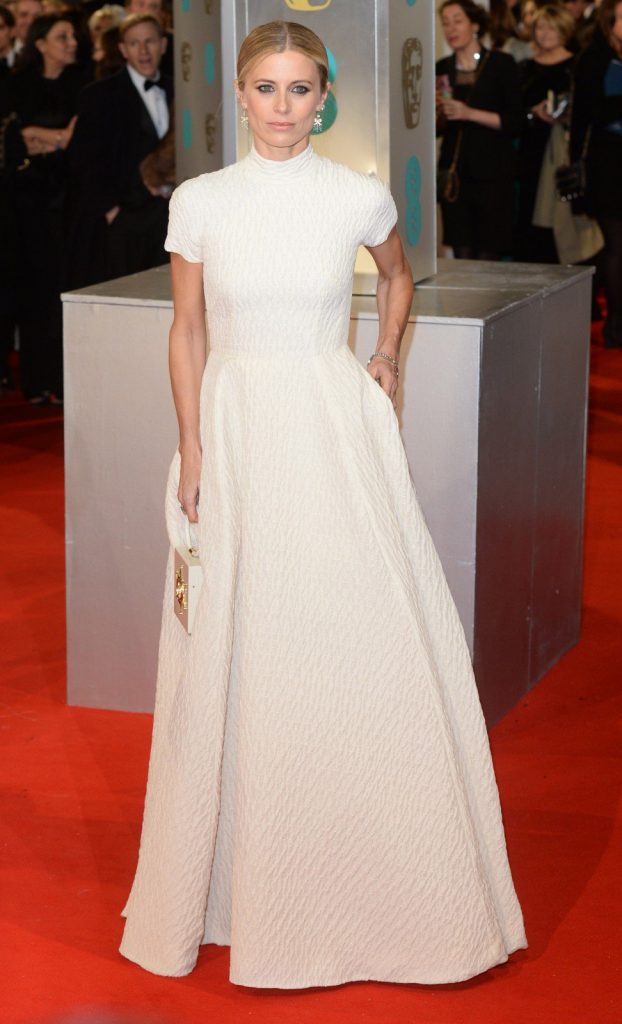 Laura Bailey is a quintessentially British model and what better gown for her to wear at the Royal Opera House than this demure number by Brit-designer Emilia Wickstead. Delicate drop earrings and a structured resin handbag complete the minimalist look. 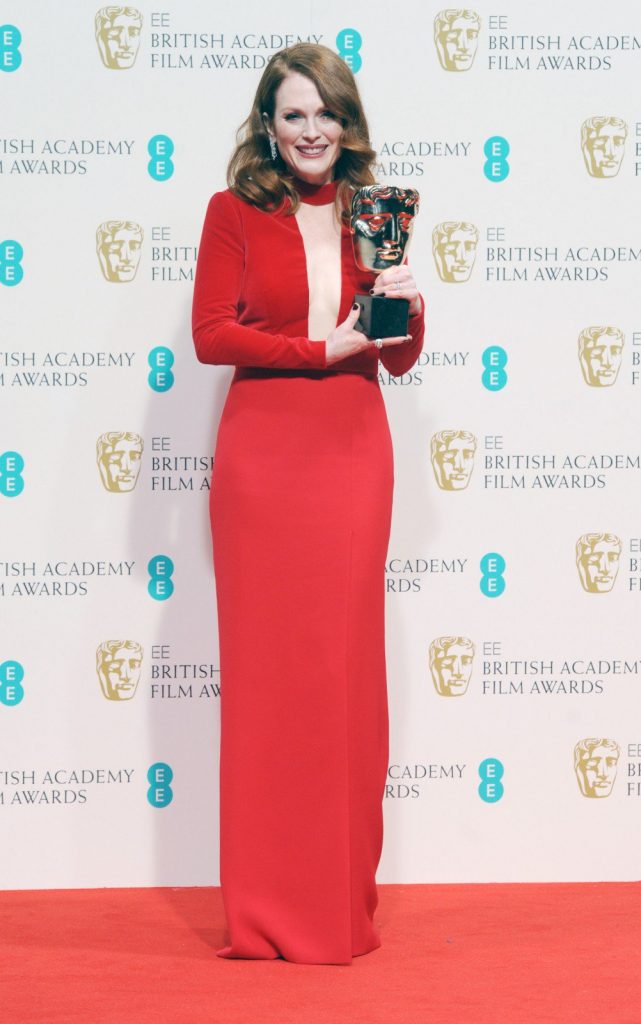 Star of the moment Julianne Moore is surely only weeks away from winning her first Oscar and her red carpet warm-ups are keeping us guessing in the fashion game. Glowing in emerald green Givenchy at the recent SAG awards, she turns to Tom Ford at the BAFTAs for a show-stopping red column gown with plunging neckline. Long sleeves and an elegant neck-tie stop this gown from stepping too far into revealing territory, but then again we would expect nothing less from one of the fashion icons of our time. 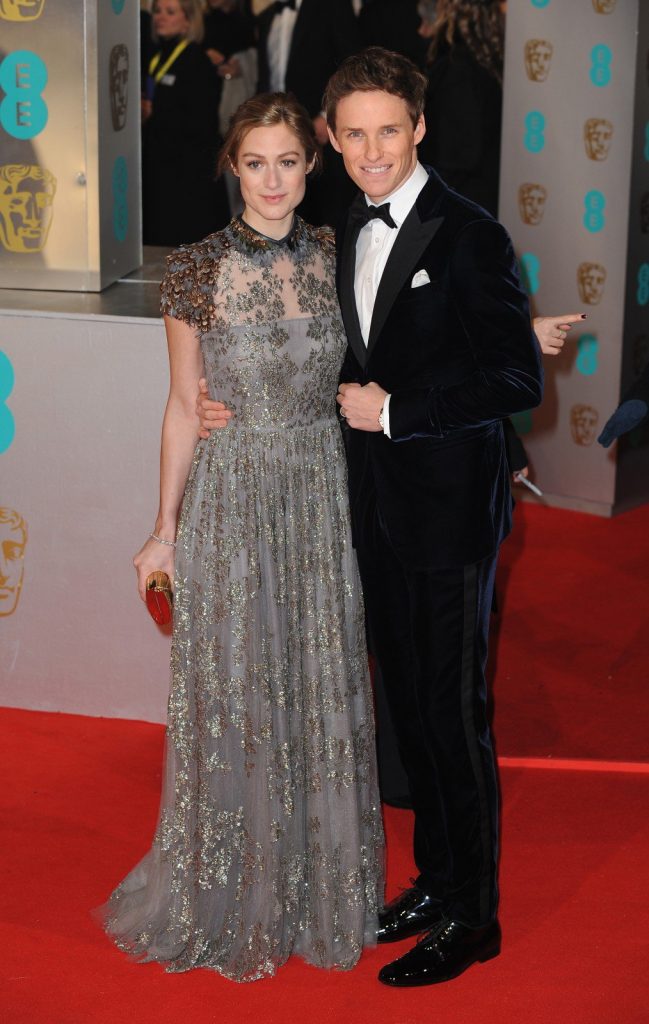 Eddie Redmayne continues his dapper run in a midnight blue velvet Armani suit while his wife Hannah Bagshawe hits a high note in a romantic gold-embroidered Valentino gown that’s understated but shows that she knows her fashion. With minimal jewellery and hair swept back, Hannah might be in danger of stealing the limelight from her award-laden hubby. 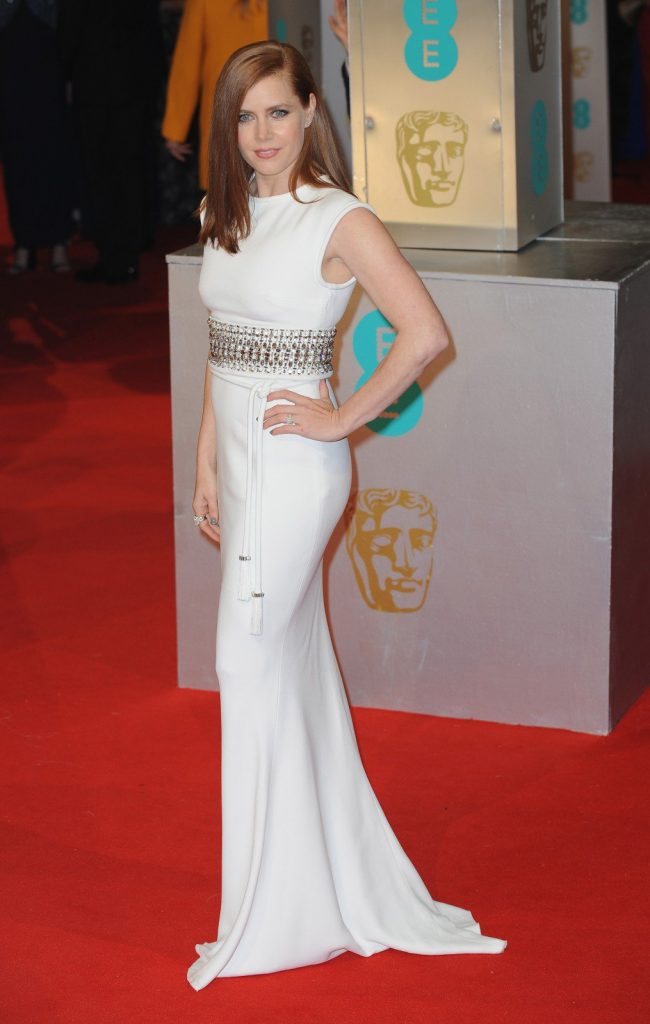 Amy Adams delivers everything we want from the red carpet in this white cap-sleeved Lanvin gown, custom made for her by Alber Elbaz. The Best Actress nominee (for Big Eyes) adds shimmer at the waist with crystal beading underscored by a tassel belt. Winter white has never looked so fresh. 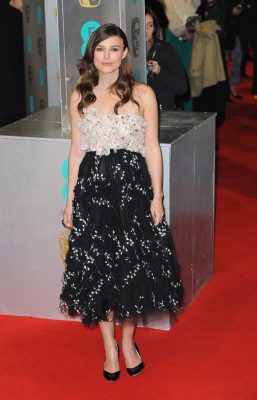 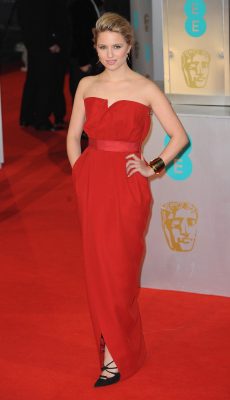 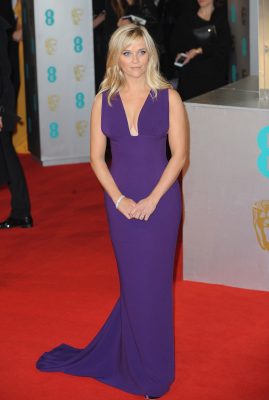 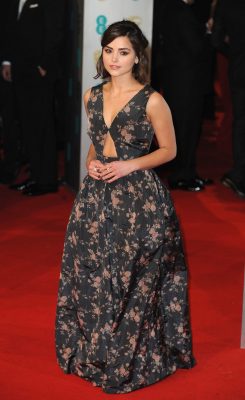 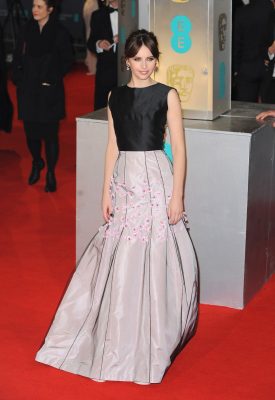 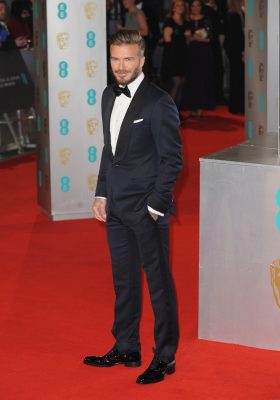 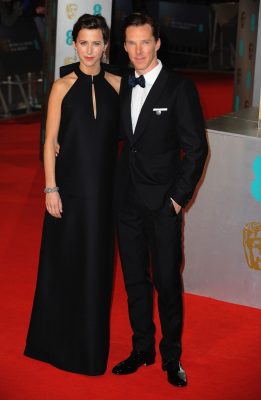 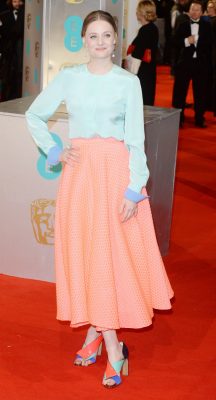 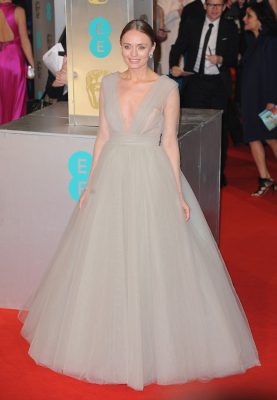 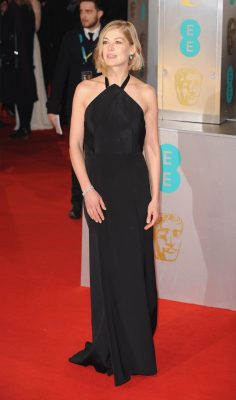 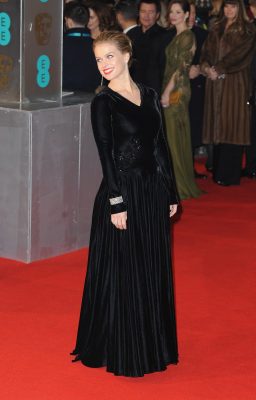 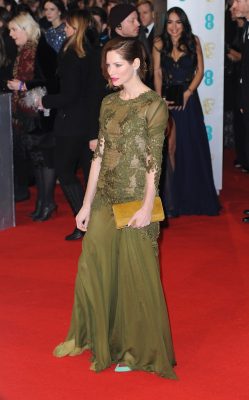 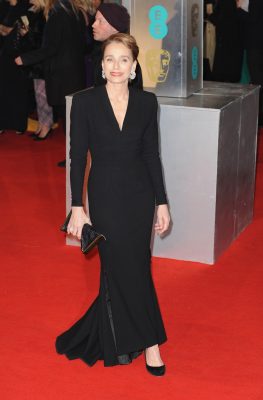 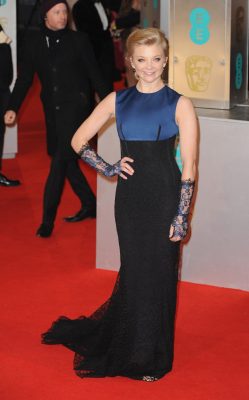 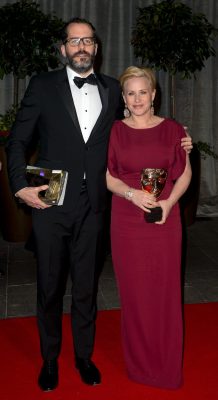 Red carpet style at the BAFTAs 2015. Images courtesy of Corbis.