Despite being an award-winning designer who has dressed high-profile women such as Michelle Obama, Tracee Ellis Ross and Rihanna, and presented three collections at New York Fashion Week, up until three weeks ago, Louisiana-born designer Christopher John Rogers still worked multiple jobs while running his own namesake label from his Brooklyn apartment.

After years of sacrificing his time, money and resources, the young designer — who has caught the fashion crowd’s attention with his signature strawberry waisted silhouettes and highly saturated, pearlescent fabrics — has finally become a full-time employee of Christopher John Rogers LLC. 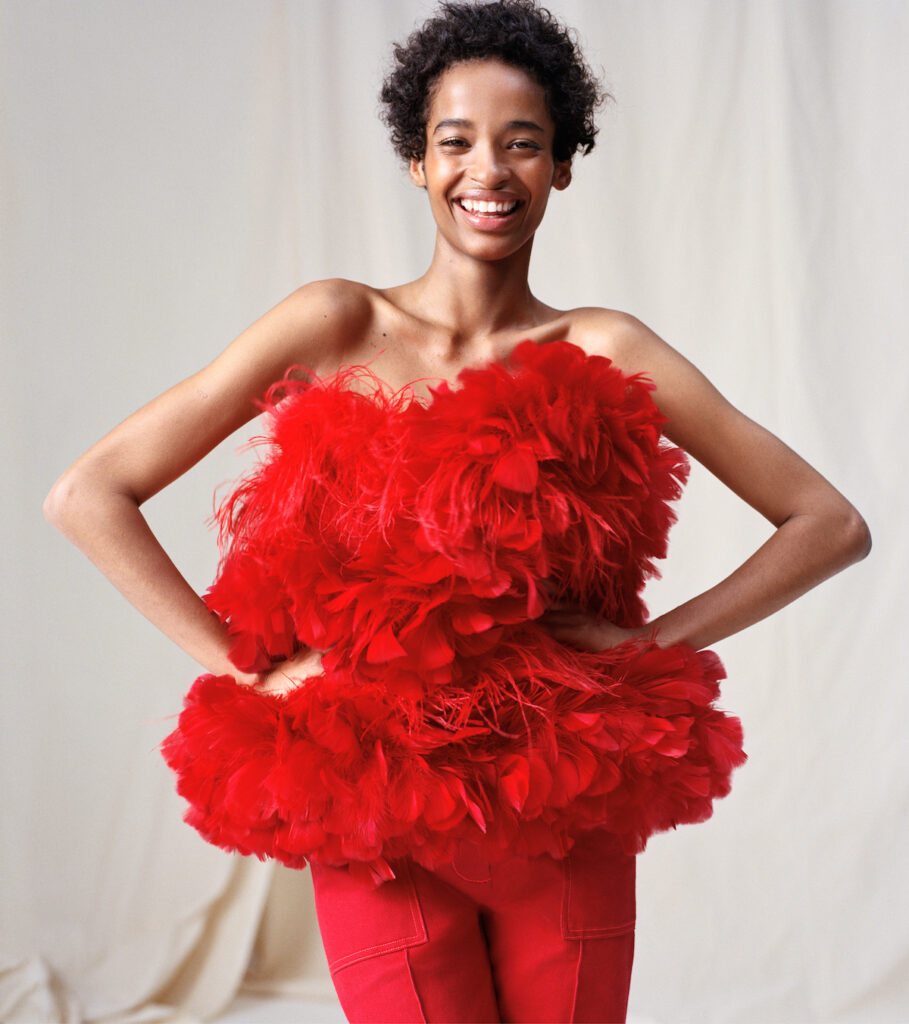 Joining Net-a-Porter’s Vanguard initiative for spring/summer 2020, the emerging designer has found a new audience for his pragmatic glamour and dramatic style of dressing. “Net-A-Porter’s broad reach will introduce us to an entirely new viewership, and an international customer base,” says Christopher. “I’m excited to be supported by such an important retail and cultural forcer, and to know that they believe in our vision and point of view is very encouraging.”

Under the wing of The Vanguard mentorship, which aims to help promising new designers with everything from production to  sustaining their business, Christopher has been able to set up his own studio and catapult his brand into the world of luxury e-commerce. 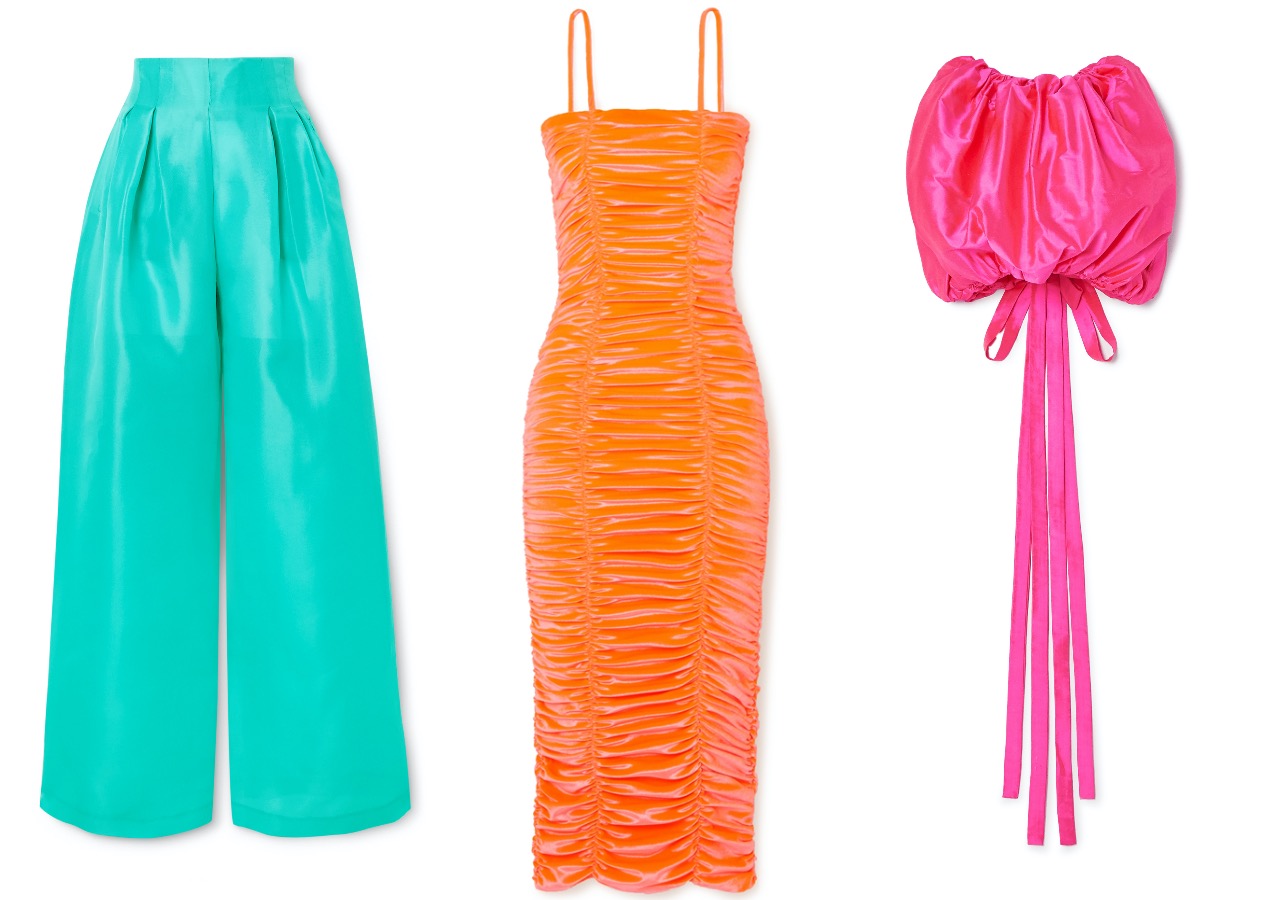 But, what does it take to become a part of The Vanguard alumni? “We look for brands who offer something different, something we’re not getting from our existing offering,” says Elizabeth von der Goltz, Net-A-Porter’s global buying director. “We know what our customer is looking for, so it’s so exciting when we come across new and emerging talent, in the knowledge that we can really help them build a long-term business.”

When asked why Christopher John Rogers, in particular, was selected for Net-a-Porter’s incubator programme, Elizabeth revealed it was his “wow-factor” after dark attire that appealed to the team. “We were so excited to see Christopher doing eveningwear with such a flare and individuality,” she says, “not many designers tackle eveningwear from the off-set and our customers definitely come to us for statement pieces that they can’t get elsewhere.” 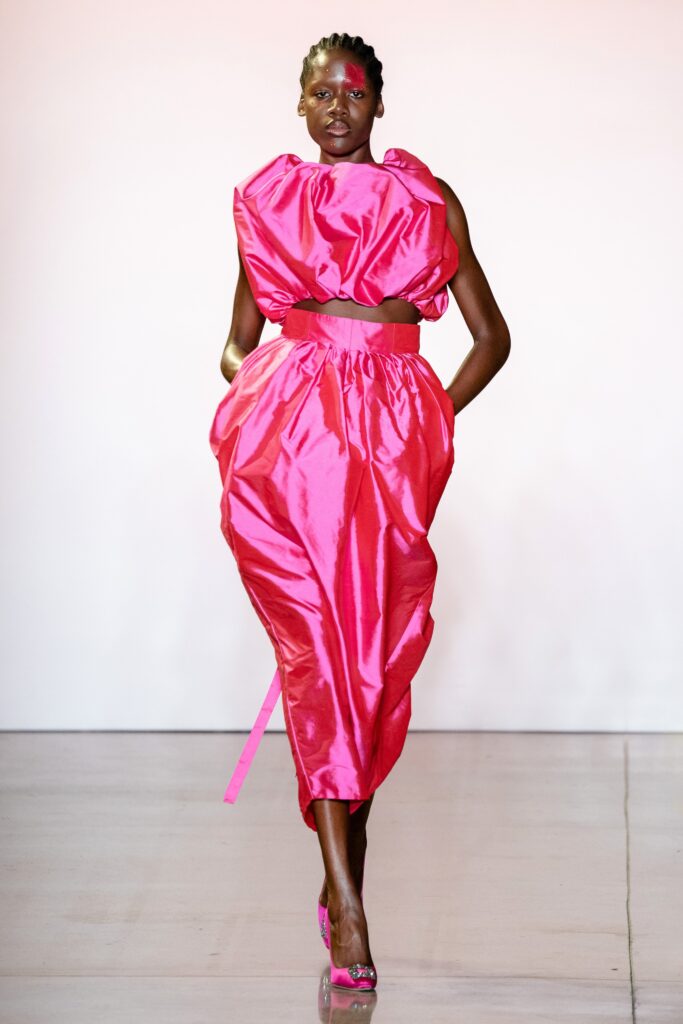 With SS20 tipped to be the season of head turning looks and high-impact garments — Elizabeth revealed that their biggest investment from a runway show was the J.Lo Versace dress — Christopher John Rogers’ almost avant-garde approach to clothes is forecast for sell-out success.

When asked about the aesthetic of his label, Christopher stated, “we believe that nothing is mutually exclusive, you can wear the brightest hot pink taffeta or fluorescent yellow charmeuse and still be the smartest person in the room.” 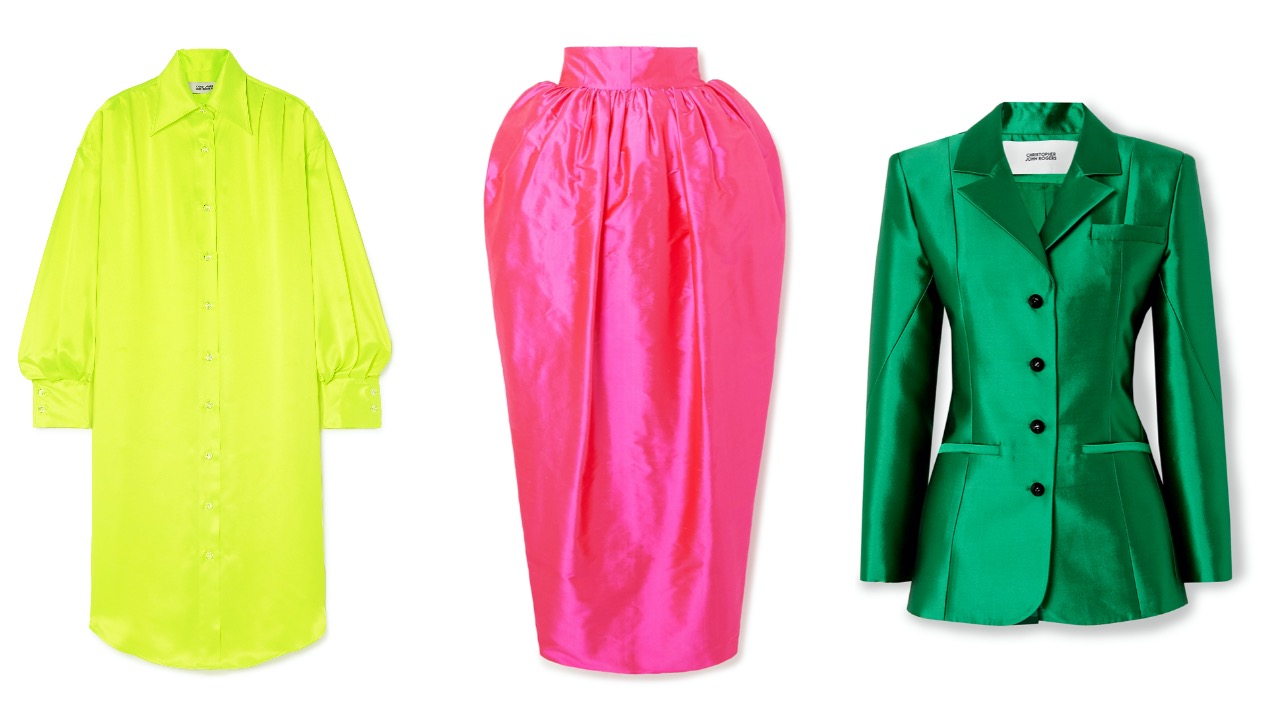 “The CJR customer is incredibly self-assured, a risk taker, who doesn’t take themselves too seriously. They are culturally literate, appreciators of the arts, and purveyors of authenticity. To our customers, dressing is a way to express their most authentic self.”

Christopher credits his expressive and empowering eveningwear to comic books. “I’m inspired by superheroes whose change of outfits imbued them with a newfound power and sense of strength.” 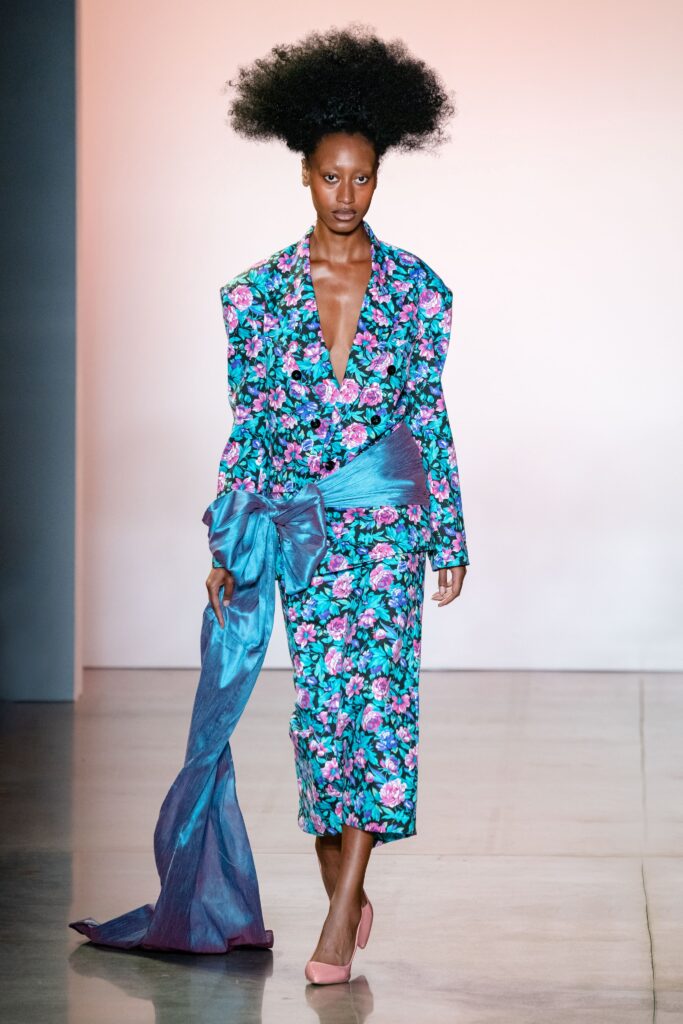 While his cultural background has also informed his designs, “I grew up in Louisiana, and everything from Mardi Gras parties and cotillion balls to football games and Southern Baptist Church glamour all influenced my work,” says Christopher.

“I’m a huge fan of monochromatic, head-to-toe colour looks that you see in the pews on Sunday as well as my friends in high school who would mix truncated prom dresses with jeans. I’m all about individuality.” 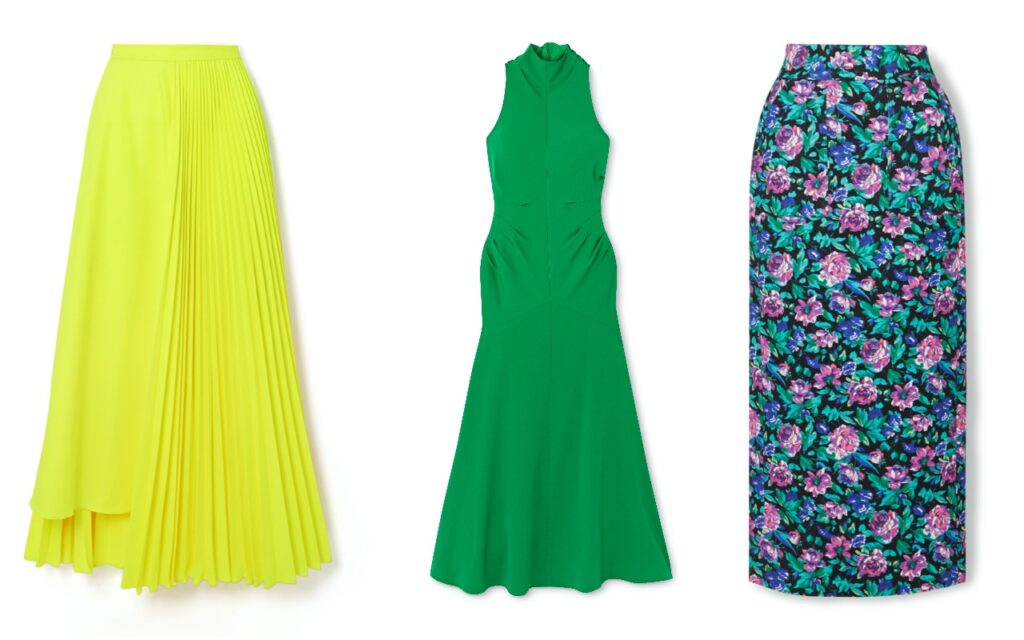 This sense of individuality is translated into Christopher John Rogers’ SS20 collection of red feather bustiers, punchy neon dresses and couture-like gowns that demand space. “The Vanguard brands have to show new ideas and real promise from a retail point of view” says Elizabeth, which Christopher certainly shows through “his bold silhouettes and pops of colour – created with incredible skill and finesse.”

Full of oomph, flair and overwhelming joy, the Christopher John Rogers collection offers an experimental take on eveningwear and brings a new, larger-than-life mood to Net-a-Porter.