The British Fashion Council has announced Mary Katrantzou as the recipient of the Vogue Designer Fashion Fund for 2015. 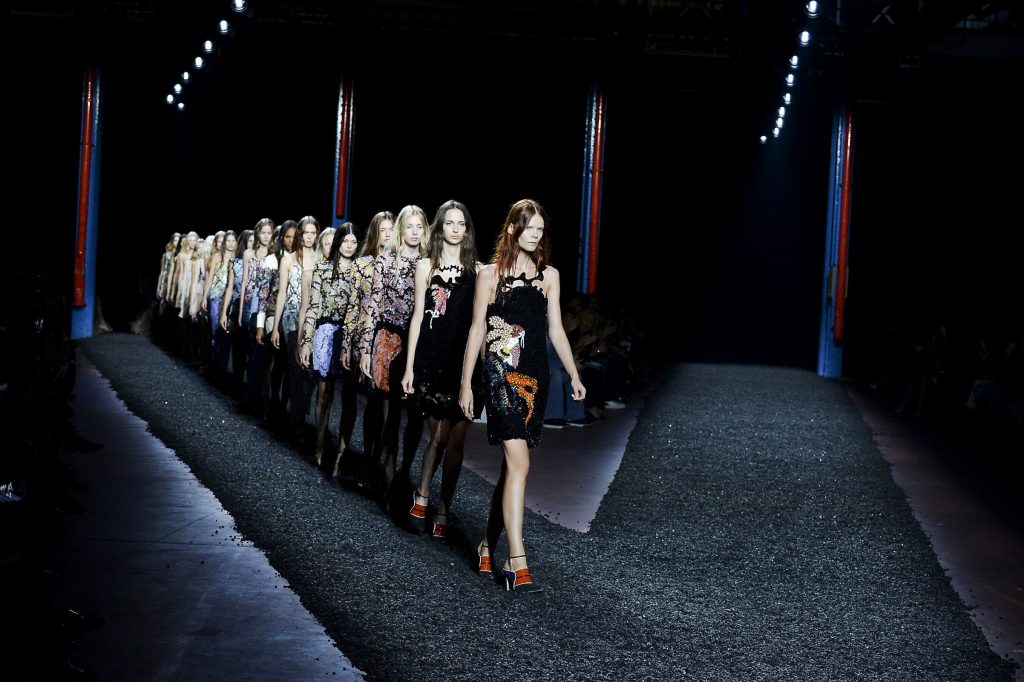 Facing strong competition from her fellow contemporaries – Osman, Holly Fulton, Michael van der Ham, Mother of Pearl, Sophia Webster and Emilia Wickstead, Katrantzou scooped a grant worth £200,000 and a year’s worth of high level mentoring to support her brand infrastructure leading into next season. 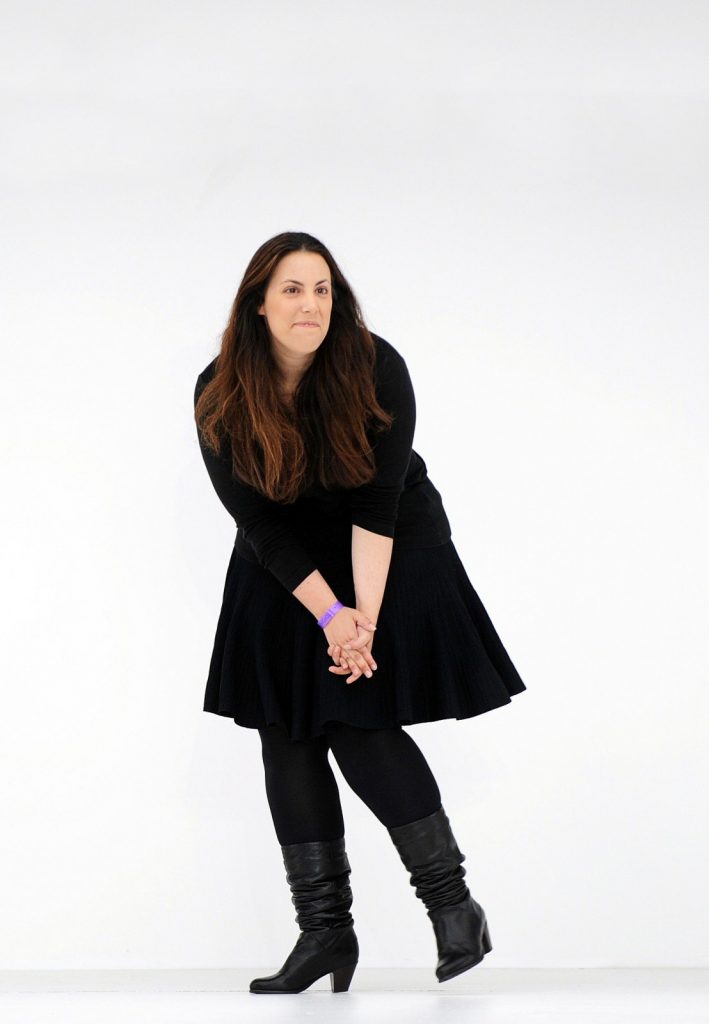 This year the BFC have documented a video series called Designer Fashion Fund that follows the competition entrants throughout their creative journeys, along with their application and interview sessions to a judging committee of BFC chief executive officer Caroline Rush, Joan Burstein, Naomi Campbell and Samantha Cameron. Designer Fashion Fund will be available throughout the year on the BFC official Youtube account. 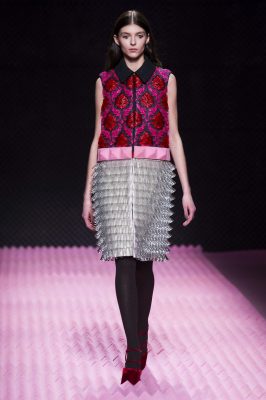 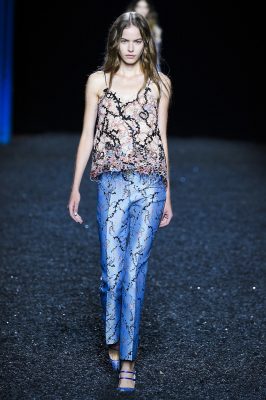 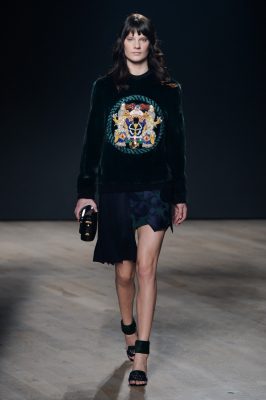 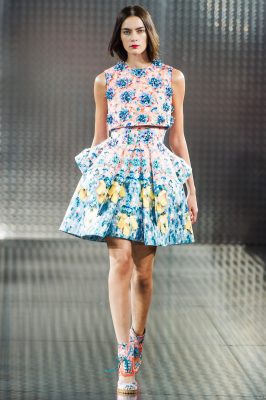 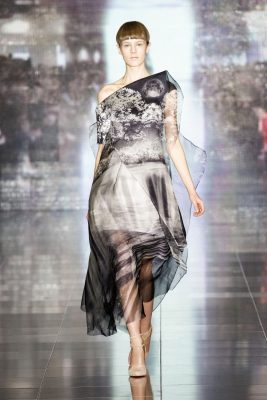 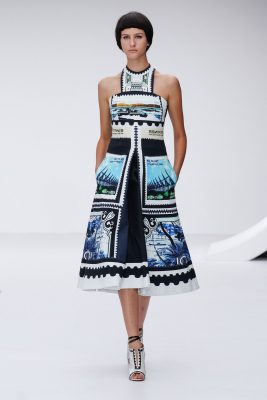 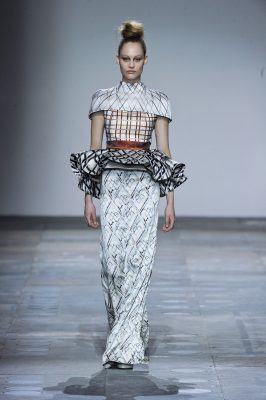 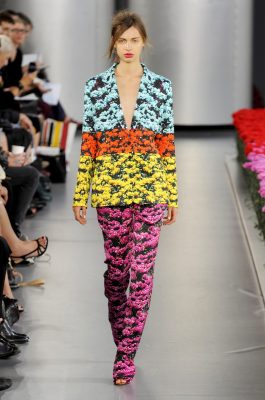 Katrantzou’s breakthrough at London Fashion Week came at a perfect time, as digital printing in fashion found its groove. With an interior designer for a mother and a textile engineer for a father it’s little suprise Katrantzou found fame for her designs. She was sponsored for six full seasons in support of the BFC Newgen talent scheme. Katrantzou is now sold worldwide in over 200 fashion stores. 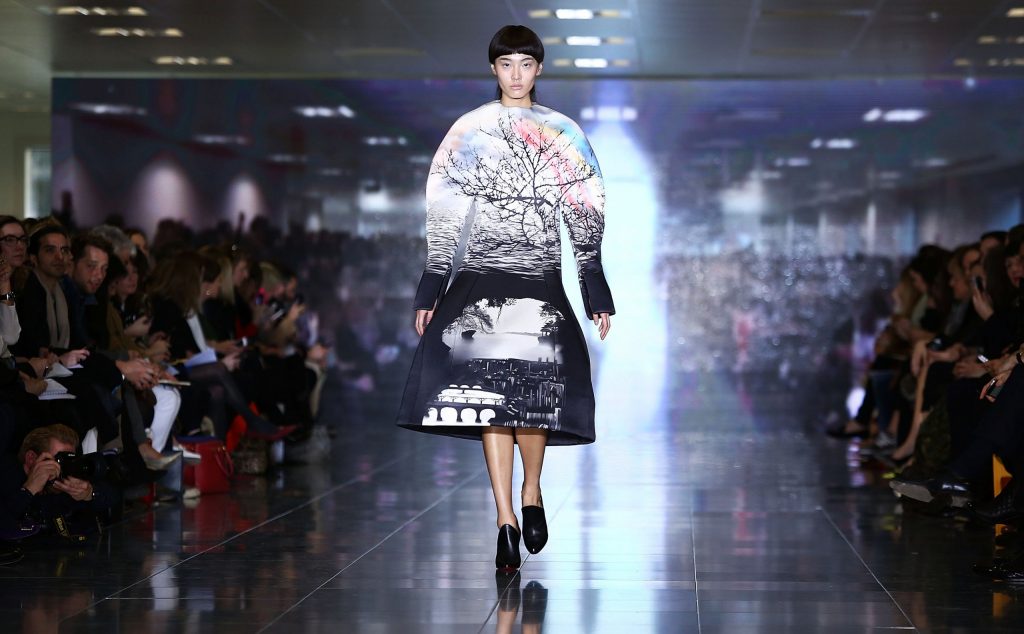 Since debuting her hyper-realistic, digitally manipulated graduate collection in 2008, the Greek born designer has elevated herself from bright young thing to global superpower. The designer has continued to evolve each season, successfully transitioning away from her acclaimed prints with commercially viable collections that have caught the attention of both the fashion industry – Anna Dello Russo is an avid supporter, as well as Hollywood’s elite – see Elizabeth Banks, Keira Knightley and Diane Kruger.