He’s bypassed the signature Italian forte of mixing baroque with commercial sex appeal. Instead Marco de Vincenzo, the rising Sicilian designer, is doing things his way by creating fusion and illusion. We speak to the man behind the magic about his collections. 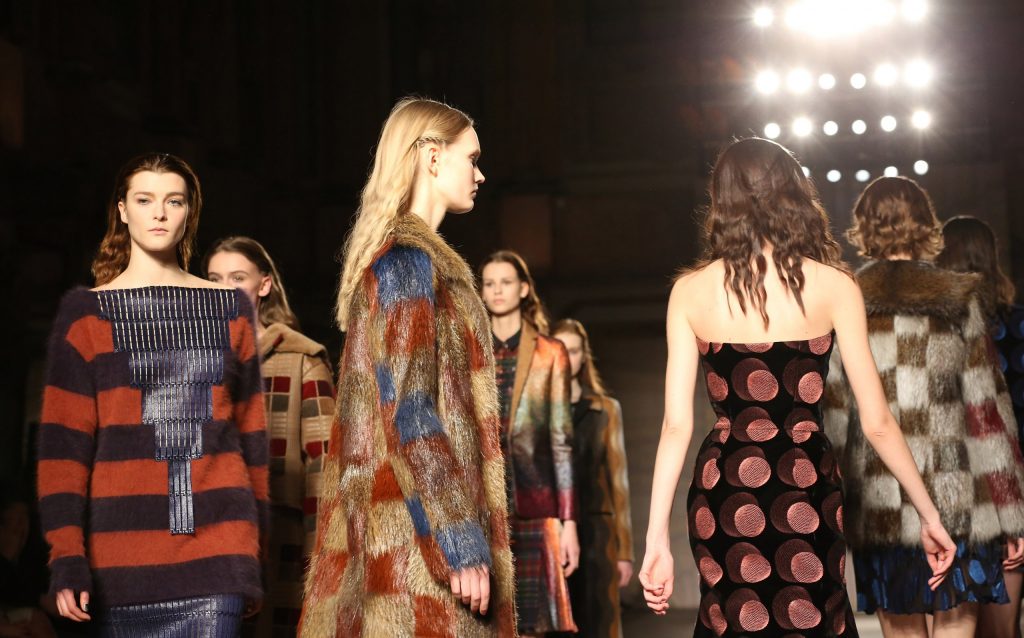 ‘Sparkling, visionary and dynamic’. One could easily confuse these handpicked words to describe the man in question, not just his collections. After devoting ten working years beside Silvia Venturini Fendi, the 36-year-old designer has now captured the fashion elite’s attention all on his own accord. Citing his greatest lesson learnt from the Italian fashion house as having the confidence ‘to dare’, his own-name designs only work to amplify this USP. 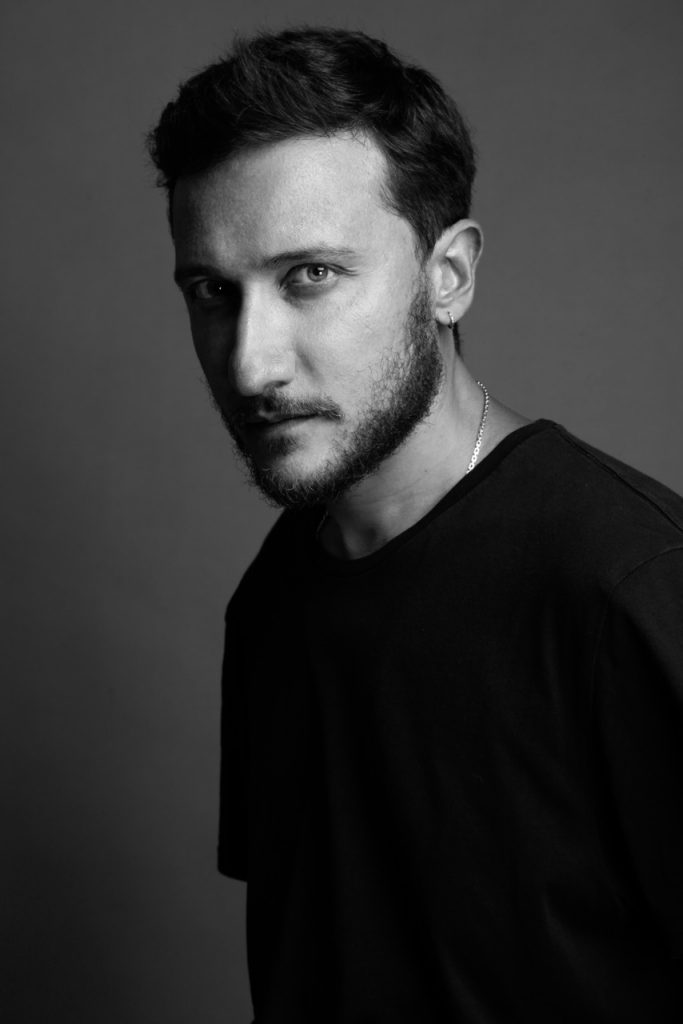 It’s the sway and swag that first capture your attention as models strut the runway – the movement of de Vincenzo’s designs are simply mesmerising. From rainbow-lit colours to tailored one-off pieces, each and every creation is glossed in illusion. ‘I wanted to communicate the good energy that I was breathing in around me – and what better than a glittered rainbow to help express it?’ posed de Vincenzo. And a glittered rainbow is what he delivered. Playing with lurex fabrics, pleats and geometric shapes, his autumn/winter 14 collection was a mesh of textures. Think fur lined jackets (a small nod to his former mentor Fendi) to sombre knitwear – the collection moved along with as much effortless style as the creations. It appears that the creative process behind the designs is a mirror image of his positive outlook, too. ‘I allow my ideas to be free flowing in my mind. Every one of them will find the right positioning,’ says de Vincenzo of his outstanding collections. 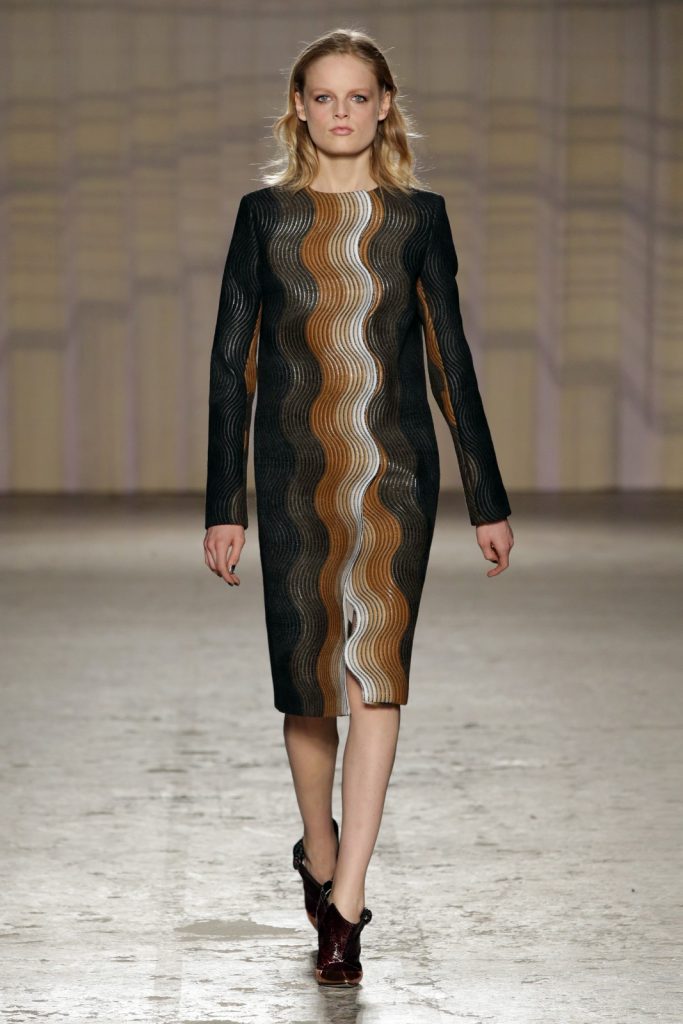 Since his teenage years spent growing up in Messina, de Vincenzo was drawn to the visionary world and all of its freedoms. ‘I’ve been drawing since I was a child,’ he says. ‘In any case [I knew] my job would have been a creative job.’ At the age of 18 he left his hometown for Sicily’s well-known Istituto Europeo di Design to continue his studies. Shortly after graduating he joined Fendi, designing handbags while forging a working relationship with Silvia Venturini Fendi. Now residing in Rome, he finds his daily inspiration from ‘everywhere and in every moment. Creativity is often unconscious.’ Reaching this unconscious state of mind has been a cultivated process, having previously confessed: ‘it took me a long time to figure out who I am as a designer.’ De Vincenzo ‘needed to experience and learn in the field. In doing so, I could have a limitless creative resource.’ This level of creativity is often an exhaustive resource for fashion designers as they churn out collection after collection, season after season, yet for de Vincenzo, it is simply imbedded inside him. It is his Italian surroundings and heritage that have stood him in good stead for this process. ‘I produce everything in Italy and I personally go into every workshop which helps me to realise a new dream, every season. Being Italian consists of having no limits in experimentation and in quality. I try to take advantage of this privilege’, he says. It may have taken him many years to find his footing as a designer, but de Vincenzo still values the weight held by the starting point for a young professional within the competitive world of fashion. ‘I’d suggest they start by gaining experience in a big company, because method and discipline will be a precious help if you want to have an individual career. Then, stay humble. We’re not rock stars, but designers. It’s a different thing’, he says with affirmation. 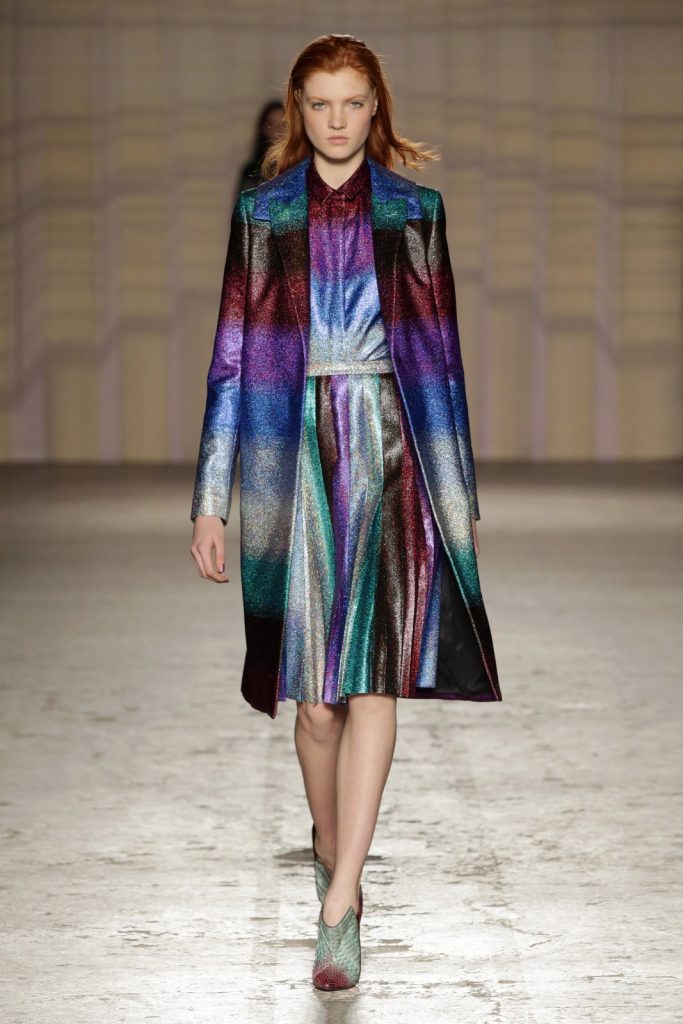 This modest mind-set toward favouring designing over reaching fashion stardom is wholly apparent. The glossy and grooved waves of many of his designs are his pièce de résistance. Marbled polka dots in glittered circles and faded tartan in precisely pleated skirts are equally exquisite. For autumn/winter 15 he deconstructed his decoration; from lean cut denim culottes to fringed jumpers to laser-cut tunics.  ‘My woman loves special items. After some seasons she still has to feel happy to have them: this is my goal’, says de Vincenzo. With longevity in mind, such designs would be hard to resist. Transcending seasons, they speak to the woman now and forever more. History is also a vital component to him, his designs and his life. Nostalgically remembering his career highlight thus far, de Vincenzo looks back to the beginning of 2009 in his own design timeline. ‘My first high fashion runway show in Paris. There, an important sparkle lit up’, recalls de Vincenzo. The sparkle has yet to dull. 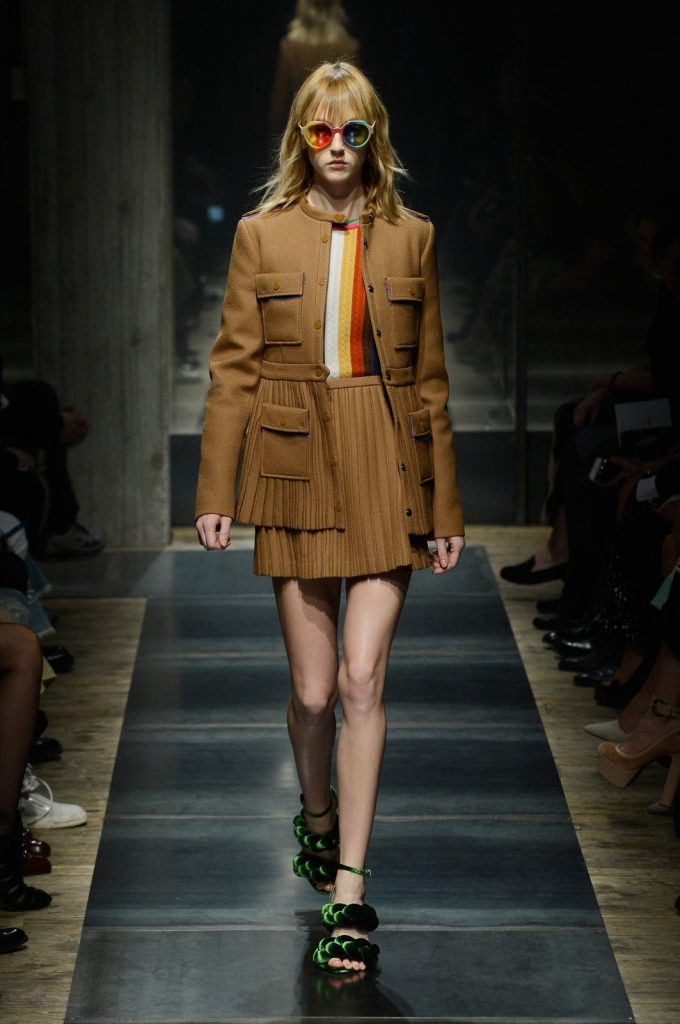