All aboard the Elisabetta Franchi spaceship! Or in this case, where the designer imagines "Princess Leila in a gala evening, in an unknown world"...

“In the Fall/Winter ’19 collection, my woman is dressed in a space uniform that must protect her from the contaminations of other atmospheres from other planets”, she exclusively explained to MOJEH.

Heavily influenced by the popular TV series, Star Trek, the collection was brimming with a plethora of intricate embroidery. “The embroidery used revives the geometric designs of the ’60s recalling the interiors of the spaceships, [and] the fringes resemble the precious scales of aliens/monsters, or also precious stones from the minerals of other plants. I also included the embroidery in animal print which is always a part of my collections; in this collection, it was within a zebra print [that] resembled as an abstract design.” 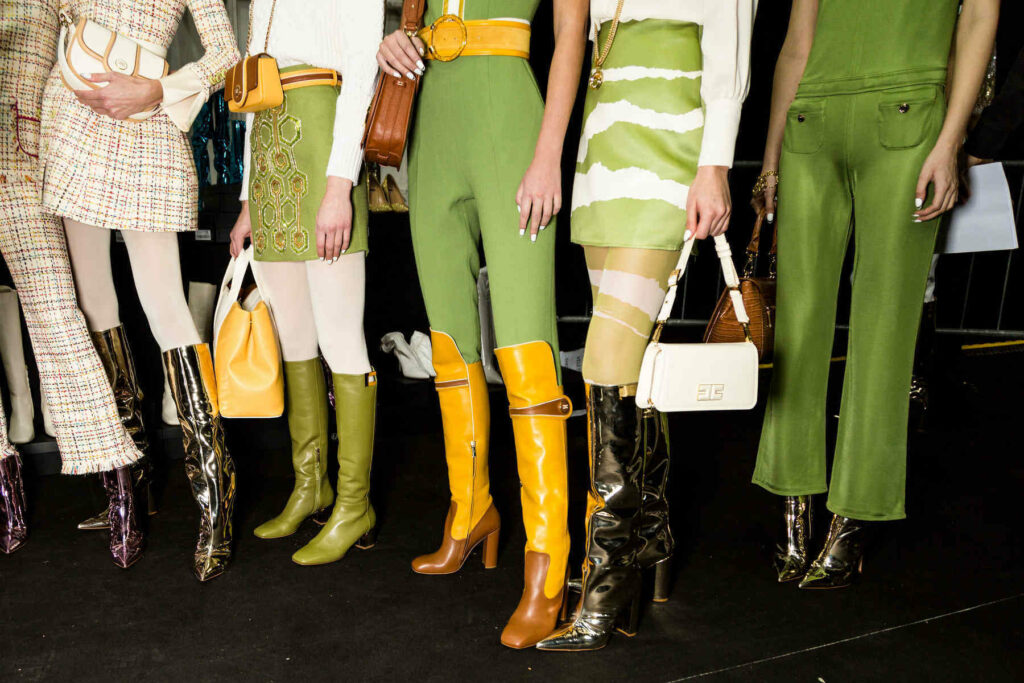 A march of silhouettes that resembled what Jackie Kennedy would have stocked in her wardrobe, unfolded on the runway too. The designer’s intentions were clear with tweed suits, a pastel colour palette and a strong feminine aesthetic.

Backstage, Franchi explained why Jackie O heavily influenced the collection and said: “She was a well-established woman and lifestyle icon. An ultra-modern woman, so futuristic and “set in space” so much that she was not earthy.” 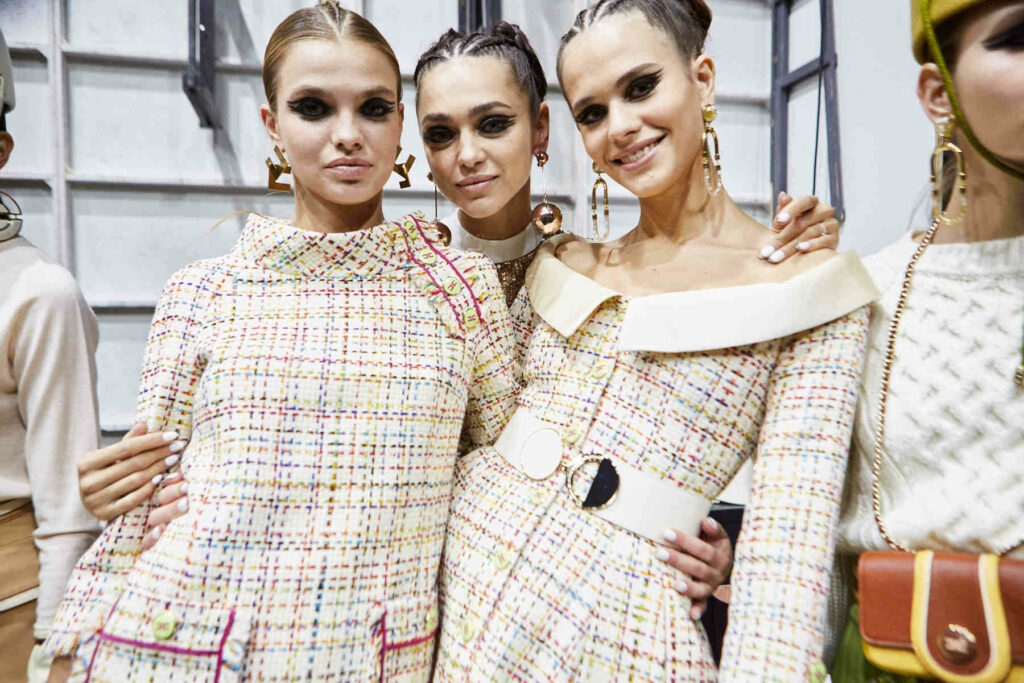 Some of the hits that won the audience over were the flashy colours injected into the statement collection, including a vivid shade of red — a signature of the house. However, this season, there was less of a saturated palette and more neutral shades.

“The colours used are mostly butter-ish and ivory because they remind me of the lunar soil. I also presented a lot of Kermit (fuchsia) – which is a colour of the future because the Elisabetta Franchi woman is always very feminine.”

The influences from the space opera franchise continued throughout the collection as two-toned silhouettes graced the runway. “So many combinations of colour are inspired by Star Trek. The two-colour and three-colour contrasting, as well as black (which is the optical colour of the 60s.)”

Browse through MOJEH’s favourite looks from the collection here… 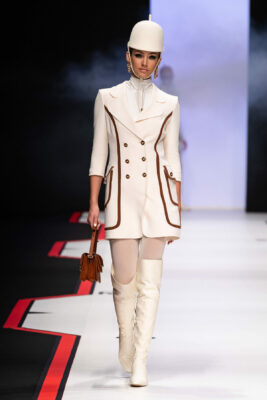 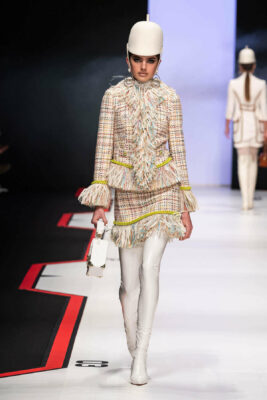 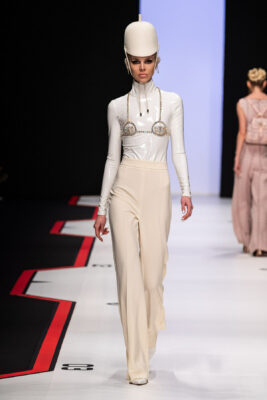 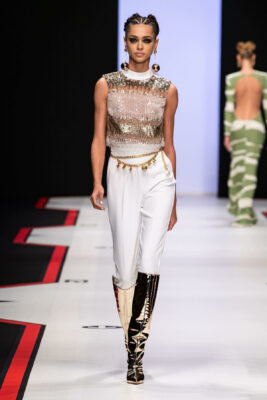 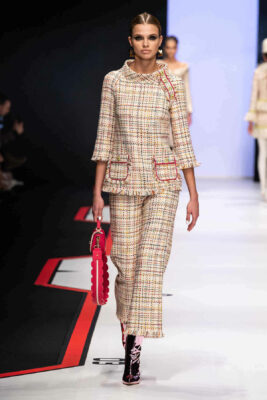 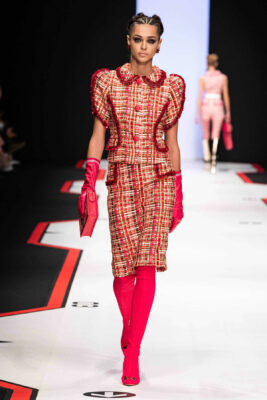 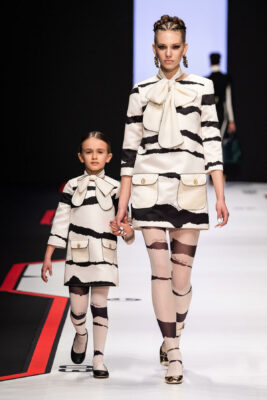 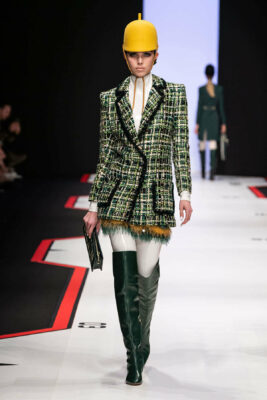 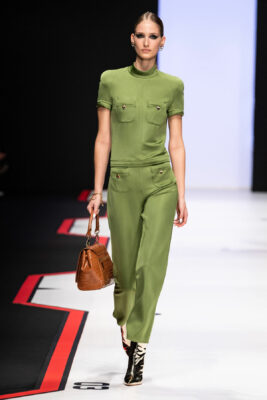 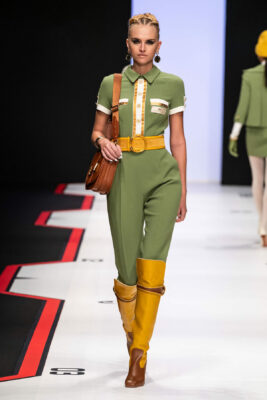 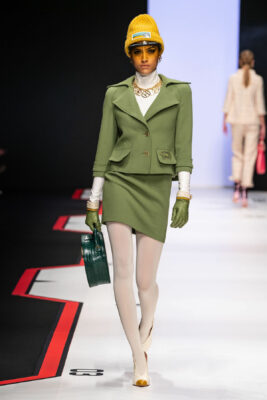 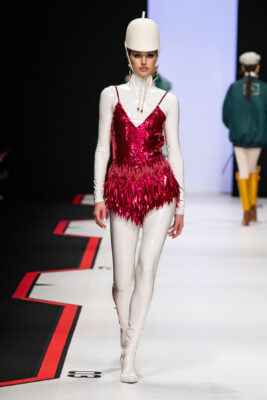 Now, take a look at the final round-up of shows from Milan Fashion Week.

Spring/Summer 2022 Is One For The Frill Seekers

Exclusive: Wes Gordon on the Joy of Carolina Herrera Clothes