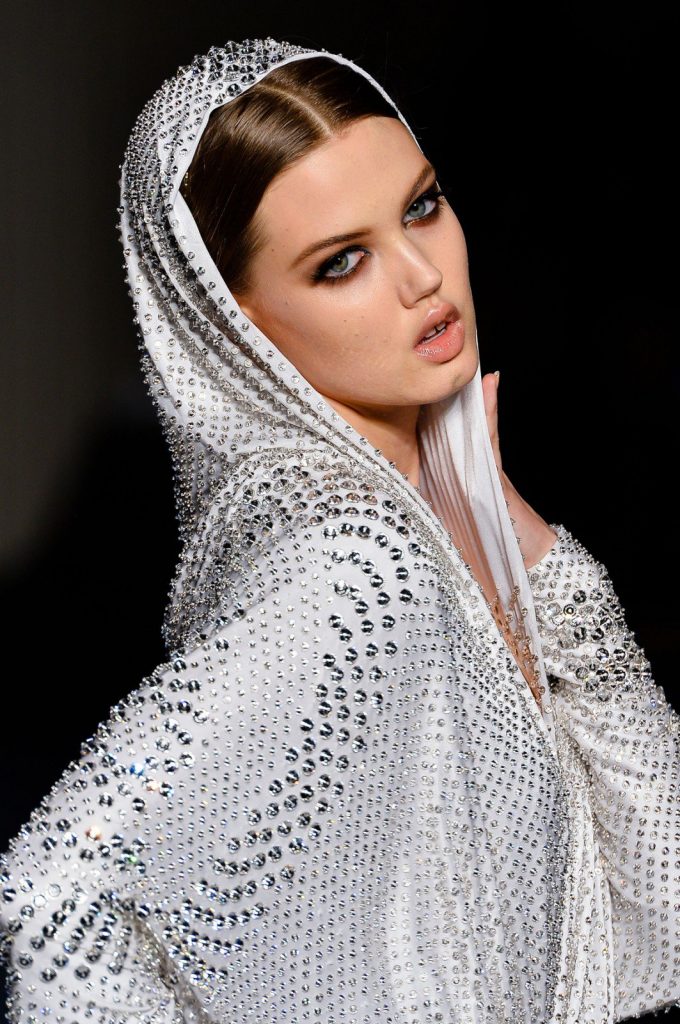 Haute Couture, that bastion of high fashion and opulence. The words alone evoke images of grand, sweeping gowns and classic glamour. Valentino, Chanel, Dior. Audrey Hepburn, Grace Kelly, Elizabeth Taylor. There’s something fantastical about the world of ball gowns and movie stars. It seems so far removed from the everyday – the humdrum of casual wear. But couture today is going through something of a facelift. Where Cinderella-esque pumps and fairytale trains once ruled the runway, now trainers and short-short skirts are taking over. A shock for some, a talking point for most: when did couture go street?

With a legacy that stretches back to the 1700s, Haute Couture has long been synonymous with high society and the international elite. The French court at Versailles was the original playground of the stylishly influential and the fashions that walked its palatial halls were emulated across Europe. In a world before red carpets, royalty and rulers were the ones to watch. Today, our tastemakers have evolved and are more likely to be the women of the silver screen than of blue blood. But just as New Hollywood has usurped Old Hollywood, so couture has followed suit.

You might call it the Jennifer Lawrence effect. Since entering the mainstream following her 2011 Best Actress Oscar nomination for Winter’s Bone, she has become the darling of the industry and public alike. Her easy, relatable charm is indicative of an overall trend that sees the down-to-earth celebrated and the highly strung diva of yesteryear falling out of favour. As a face of Dior, Lawrence has proven that ‘girl next door’ still translates to the world of aspirational high fashion. Her awards ceremony ensembles generate enough column inches to rival those offered to Kate Middleton and images of her posing nonchalantly for photographers sends bloggers into meltdown. Even when falling up a flight of stairs (not an easy task) or tripping on a traffic cone, she manages to convey an unpretentious charm – and all in Dior Haute Couture. She’s the film star equivalent of Cara Delevingne, whose youthful spirit and informality seem to have taken over the runway. In her own way, she’s also reshaping the mood. Out with the stomp and pout, in with the ‘I imagine I could be friends with her if she weren’t a supermodel’. So in an age when the zeitgeist dictates that fresh is the way forward, it might be unreasonable to expect that Haute Couture stand still in all of its traditional but inert finery. 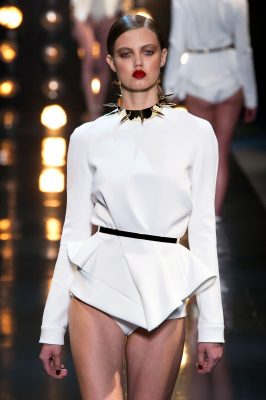 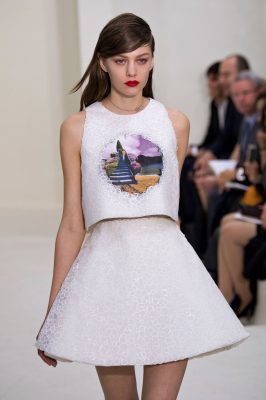 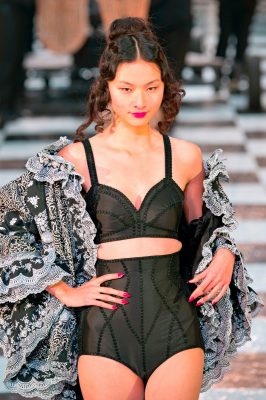 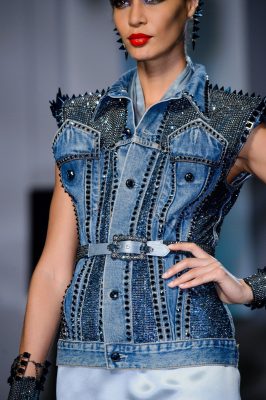 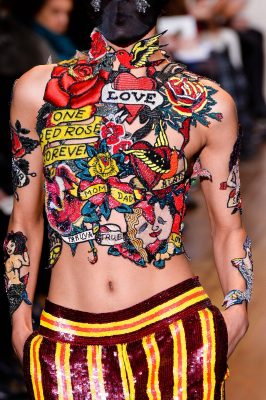 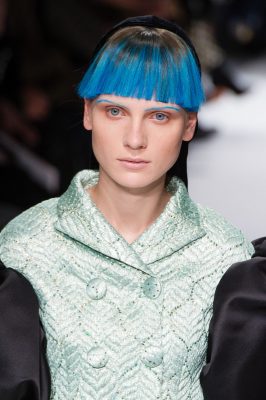 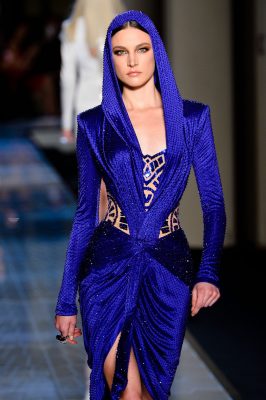 Before delving into the evolution of the couture runway, it’s useful to understand the realities of how this elite market stands today. In 1946 there were over 100 couture houses; by 2000, it was less than 20. Today the number fluctuates from season to season but suffice to say, it’s an industry that has shrunk considerably with the passing of time. We shouldn’t be surprised. When a Chanel made-to-measure jacket can cost upwards of AED300,000, couture is an indulgence that caters to few. A secretive and cosseted world, estimations on the number of committed and regular couture buyers worldwide vary wildly. Some sources say 2,000, others as low as 100. Then there’s the issue of economies. With high production costs and a limited market, many brands operate couture at a loss. Sure, it adds a certain brand prestige that makes those perfumes and shades more appealing to the mainstream, but nonetheless the bottom line that so concerns the CEOs and accountants is often littered with sequins and silk. Couture might be described as the industry with ‘no price tag’, but you can bet your bottom dollar that someone is paying, even if it’s the fashion house itself. That being said, in 1965, The New York Times declared, ‘Every 10 years the doctors assemble at the bedside of [French] Haute Couture and announce that death is imminent.’ Yet it’s still with us. But for couture to survive, it must evolve with both the times and the customer. What we’re seeing now is the sequel to the traditional idea of couture. Couture: The New Generation.

For Chanel SS14, the leading lady was none other than Delevingne herself. Her final costume was a light bridal dress accessorised with shimmering trainers. Because what says couture more than sportswear? They aren’t your average pair of running shoes of course. These trainers are never destined to feel the thud of the treadmill. Handmade in the ateliers of the illustrious Massaro, each pair took more than 30 hours to make and is veiled in high-quality lace. And Chanel wasn’t the only label to get the haute casual memo. At Dior, mesh slip-ons featured crystal detailing and an embossed rubber sole; for any in doubt, the four letters of Dior signifying that these shoes are a step up from the varieties available at the local sports emporium. Where these houses took us to the track, Schiaparelli took us to the beach. The billowing gowns didn’t open to reveal glamorous heels, but feathered flip-flops. So far, so couture. Or then again, perhaps not.

Where usually post-show appraisals would talk dramatic staging, the complexity of technique or the extraordinary hair and makeup, for SS14 couture, everyone was fixated on the feet. Even those far removed from the world of fashion found amusement in the idea of a couture trainer. From critics to columnists, every person with a pen or keyboard had a point of view and wasn’t afraid to wield it. So contrary were trainers to popular opinion on the sensibilities of couture, that their presence on the runway was a shock of soap opera proportions. Who shot J.R. had nothing on the Chanel sneaker.

You could argue that there was a splash of wit in the appropriation of athletic influences. This was Lagerfeld and Simons’ wry, knowing but loving nod to the absurdity of Haute Couture. It was the ultimate expression of how fashion is now a constant fusion of ‘high’ and ‘low’ references and a sign that, perhaps, couture isn’t taking itself so seriously anymore. It’s because of this that pieces as simple as trainers and flip-flops represent more than mere accessories, they represent a fundamental shift in the nature of Haute Couture today. 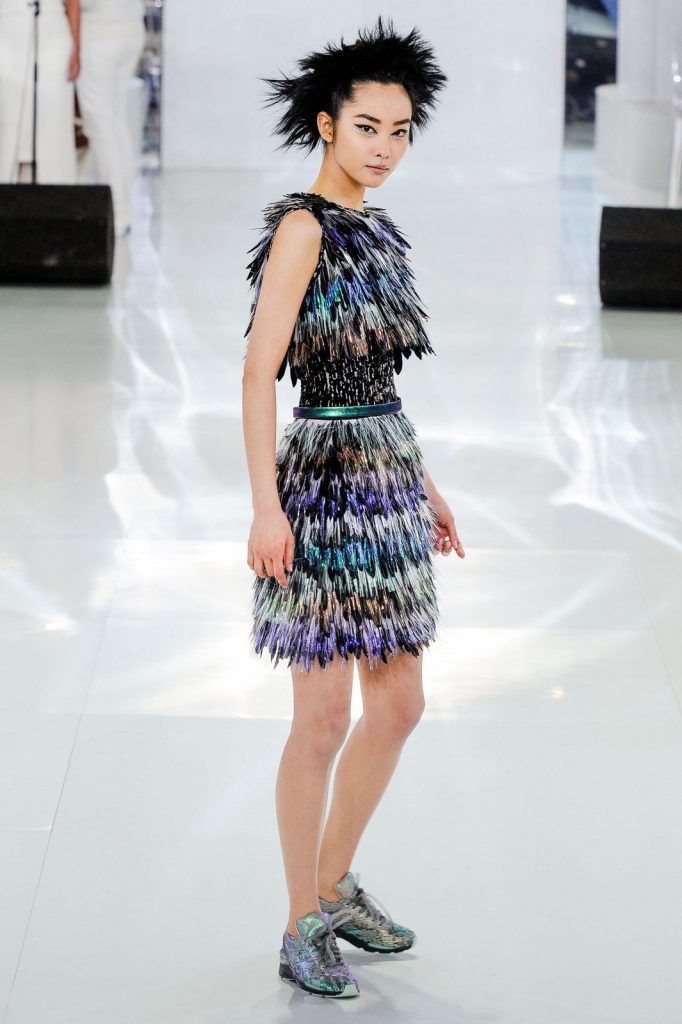 Moving beyond those headline-grabbing trainers, the collections as a whole told a broader story of change. Take a look at the couture collection of a designer like Alexandre Vauthier and one sees that couture has already entered territory beyond ornate gowns and wedding dresses. Here you will find short, sassy and sultry. It is couture with sex appeal. For SS14, Vauthier took plunging necklines and highlighted them with spiked collars. There was animal print and layers of gold chains hung over sheer body suits. Even the longer dresses – in bright blue and leopard – featured slits that reached the waist. Modesty? Not on this catwalk.

At Maison Martin Margiela, T-shirt dresses strolled alongside trousers combined with a printed, tattoo-inspired crop top. At Viktor & Rolf, minimalism was the order of the day, with pale pink miniskirts and understated pastel wrap-dresses. Atelier Versace went tight and jewelled. A crystal veil from the collection has apparently been permanently ‘borrowed’ by Lady Gaga. It’s all a testament to the evolving face of couture and, more importantly, the woman who wears it. As one customer matures, another has emerged. It is generally accepted that the biggest buyers of couture today are women from the Middle East. Both Catherine Riviere, head of Haute Couture at Christian Dior, and Jeffry Aronsson, former CEO of Emanuel Ungaro, have confirmed in the past that this region contains some of their most avid buyers. Here there is no such thing as ‘party season’, must-go occasions are an all-year-round affair and an off-the-rack dress simply won’t do. In the Middle East, the appetite for extravagant fashion is such that women will travel the world in search of that unique piece. In the Middle East, there is no ‘playing’ dress up. It’s a serious business.

But just as the mothers and grandmothers of the Gulf are happy to invest in bespoke gowns that take hours of manpower and countless individuals to create, so too are the daughters. This new breed of shopper might have a different taste for style, but her taste for quality and exclusivity is just as strong. This is a woman who wants vibrant, directional fashion, has pockets deep enough to opt only for the best and clearly the couture houses have her in their sights.

Of course, while couture may not be as immediately tied to trends as RTW, it does have an important part to play in the trickle-down theory of fashion. What starts as an extreme and exaggerated concept at the top – and couture really is the top – frequently ‘trickles down’ to more wearable and more accessible options as we descend the fashion ladder. With such widespread publicity for its couture trainers, which are only available as part of the full Haute Couture look, Chanel was quick to note that a version would soon be available in RTW. They may not take 30 hours to make or carry the same price tag, but they will undoubtedly appeal to all who want a slice of the couture dream without investing in a head-to-toe look.

Almost regardless of the designs, Haute Couture will always be a fantasy. As Christian Lacroix said, ‘Haute Couture should be fun, foolish and almost unwearable.’ It represents the showmanship of fashion at its most extravagant and is a celebration of a craft that many take for granted. As couture evolves to meet the times, it’s no less fun and foolish and arguably no more wearable. For inspiration, couturiers may be looking to the street and ditching the sense of reserve that has so often permeated the catwalks, but there is no loss of imagination and drama. The runway may be channelling pieces more commonly associated with running than high fashion, but if couture has gone street, it’s surely still fit for the most glamorous street in the world.

This Y2K Trend Is Back And Shorter Than Ever