Wanna be in my Gang? 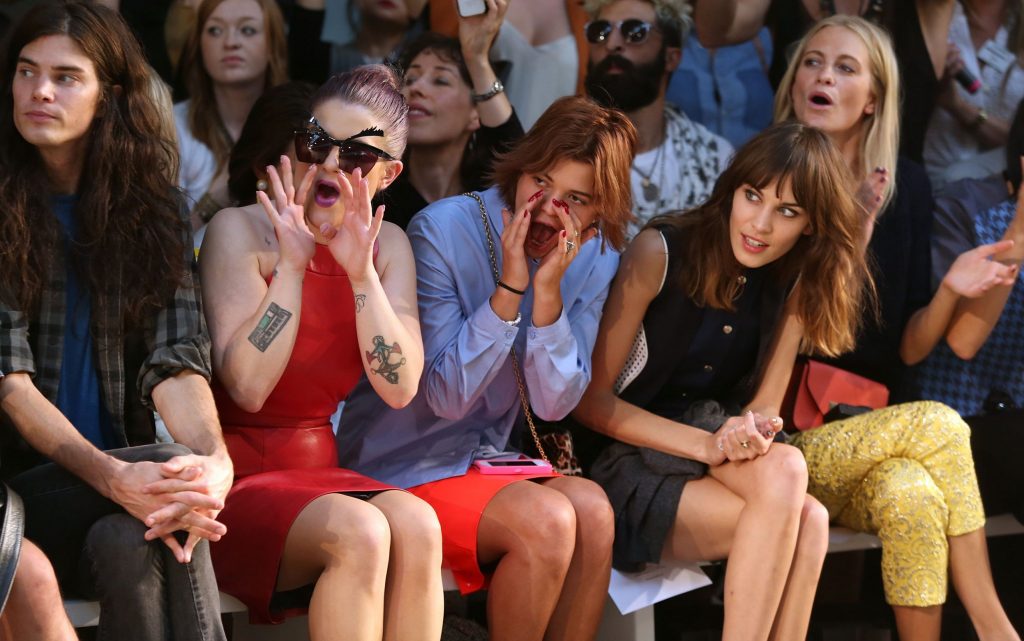 No men allowed. This is a women-only event. As women continue to break the glass ceiling, they’re increasingly holding networking opportunities for their female counterparts – without men. Both inside and outside of the office, women are turning to fellow women to show sisterly solidarity within every aspect of society. In a world of ever-expanding female influence, the new sisterhood has risen to another level.

From popular culture to politics, the rise of sisterhood is fiercely prominent. In April 2012, the first-ever episode of HBO’s Girls aired across TV screens throughout the USA. And the women of the world sat up and took note. From their blatant normality to their deep-rooted friendships, writer Lena Dunham presented a reminder of the power of female amity. The 27-year-old creator and star of the series has said that even though her characters may all date men, female friendship is ‘the true romance of the show.’ After gracing the front covers of magazines from Rolling Stone to Glamour to US Vogue, the meteoric rise of ‘Girls’ and Lena Dunham hasn’t slipped past the fashion radar, and everyone has had something to say about it. This ode to romantic female friendship has transcended globally. Dubai-based blogger, Natalya Kanj of Five Five Fabulous, works closely with her sister on a day-to-day basis and values the importance of women and female friends: ‘I see my girlfriends regularly. We’re the type of group that has fun in any situation – whether we stay at home, watch movies and order in, or go out and dance the night away – we’re always guaranteed a good night.’

They say there’s power in numbers and, for fashion designer Stella McCartney, this played true during her shows for autumn/winter 2014. Sending a gang of girl models down the runway all at once was illuminating, but not surprising. After McCartney created a capsule collection for actress Gwyneth Paltrow’s online business, Goop, she posted a letter of admiration. ‘Sometimes in life you get a girlfriend who becomes likes a sister. Someone who really sees you. Who is as honest with you as they are loving,’ McCartney publicly stated. And Gwyneth reciprocated by saying: ‘I feel a sisterhood emerging around me.’ And this girl troop state of mind has even transcended to the famous front row. Socialites Alexa Chung, Pixie Geldof, Laura Bailey and Kelly Osbourne have taken ownership of the FROW during fashion season. Sitting together in a row and projecting the notion of a girl gang – the type every high-school wannabe lusts to be part of. Even before they reach the front row, they want to be photographed as a part of a group. Time and time again, models Daisy Lowe and Poppy Delevingne are seen surrounded by their counterparts, companions and comrades, and they’re having fun doing so.

But there’s much more depth to it, Dubai-based fashion blogger of MyFashDiary, Tala Samman, suggests: ‘As much as men are great to have as friends, nothing beats a close girlfriend. I’ve realised that most of my girlfriends have been close ones for years. You can talk about the most private things, have a good time with them and have them there for you when you need a good cry. Whether we like it or not, a woman has that soft and understanding trait that we will never find in men.’ It’s extended across the world of modelling, too. Model-of-the-moment Jessica Hart makes time for her friends even though they don’t get to see each other as much as they’d like: ‘I have many friends in the industry but with our schedules, we barely ever get to hang out. Jessica Gomes, Nicole Trunfio and Poppy Delevingne are probably my closest friends and when we do get to hang out, we have a ball!’ London-based jewellery designer, Solange Azagury-Partridge keeps female friendship a central part of her life. Spending those intimate moments with her girlfriends allows for: ‘sisterhood, freedom of expression and fun’. There’s a pattern here: women no longer shy away from using the words sisterhood and feminism. 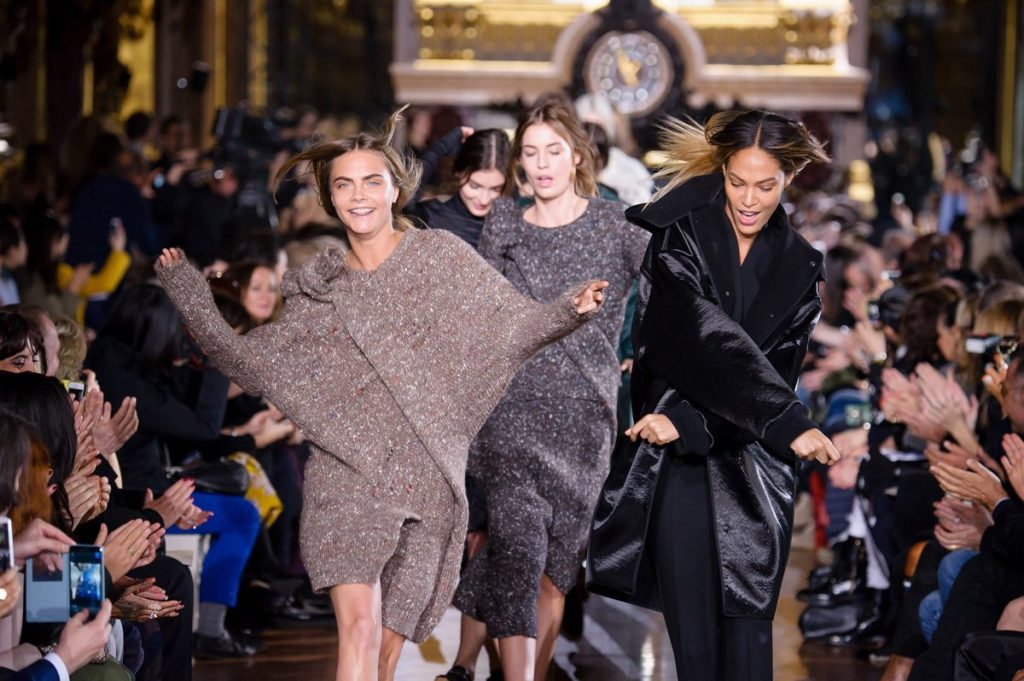 Over the years, editor-in-chief of US Vogue Anna Wintour and former US Secretary of State Hillary Clinton have kept a close allegiance. Their friendship grew after Clinton graced the front cover of US Vogue in 1998. Former US Secretary of State, Madeleine Albright, famously quipped: ‘There’s a special place in hell for women who don’t help other women.’ And it would appear that Clinton has the same mentality: ‘I believe the rights of girls and women is the unfinished business of the 21st century.’ At a recent event celebrating the work of Oscar de la Renta, Wintour publicly supported her long-time friend: ‘I can only hope that all of you [here] will be celebrating her come November 2016 … All of us at Vogue look forward to putting the first female president of the United States on the cover.’ These high-profile women don’t shy away from their mutual unwavering admiration, and it sends a sound wave of inspiration for women the world over.

And now an educational tool, in the form of Disney, has turned to the prominence of sisterhood for their edifying message to young minds. Remember when little girls thought they had to erase everything that was interesting about them and straighten their hair to achieve success in life? Or let their hair unravel from a castle window and be saved below by their knight in shining armour? Or achieve princess-like status and live happily ever after? Well, even the makers and writers at Disney have turned their backs on that age-old plot. They’re accepting that women are tired of this make believe. With the reworking of Hans Christian Andersen’s 1845 tale of The Snow Queen, the depiction of sisterhood is the central theme to the entire story of Disney’s new animation, Frozen. Until now, it was an unexplored subject matter for Disney, or an added after-thought, but this time around, the unbreakable bond of sisterhood is too strong to set into the background. The huge success of the film can only further indicate this welcoming storyline.

Only two years ago, after much speculation, the spotlight shone firmly on two of the biggest names in fashion: Miuccia Prada and Donatella Versace. Not for their highly sought-after designs, their shared Milanese expertise or globally acclaimed success, but for their friendship. Yes, they hang out. But, why does society find this fashion-based friendship utterly surprising? Can women not be both competitors and companions, like men can?

After meeting in Milan, the two quickly became acquaintances: ‘We just talk, talk, talk. She’s so inspiring. We make fun of each other and teach each other. (Miuccia) says, “I could never make sexy clothes, but I love them.” And I say, “Well, I love what you do,”’ said Donatella to one publication. What harbours even more interest is their viewing toward a womans position in the world – making them have even more in common: Both agree that feminism has had its day, especially in Italy. Donatella bluntly protested: ‘Feminism is dead in the world. It comes from another time. I’m a feminist. I want to fight, but I don’t see many people with this desire to fight for something.’ She believes women in fashion don’t help each other either, claiming that Miuccia is her only good friend within the industry. Miuccia has openly stated previously that she nearly gave up a career in fashion altogether as she thought it conflicted with her feminist principles. But you only have to take a quick glance at the front row of any fashion week, and you’ll witness a string of females huddled together, indulging in their love of fashion and sharing stories.

But two years on and there’s a turning and concrete shift within the mainstream. Unlike the 1980s, it is apparent that women are completely uninterested in mimicking masculine behaviour to succeed. It’s not that the term feminism has been rebranded or altered; women are accepting the importance of sisterhood and feminism, and they’re not ashamed to say so. Journalist Hadley Freeman, who never shies away from her own opinion, put it simply: ‘I wish feminism were more complicated because it would explain why so many people misunderstand it. But it is actually amazingly simple: it is a belief in gender equality. There are complications within it, but that’s all it is. The reason it has a special name is because equality is not the human race’s default position and only a very wealthy, white, heterosexual man could possibly think otherwise.’ Where will this bring us to in 10 years’ time? As the rise of the girl gang, rebranding of feminism and a new sisterhood emerges (or whatever term we would like to place upon it), one thing is for certain: women are coming together to do things their way.