The skies open, thunder ferociously roars in the distance and lighting strikes across the otherwise ink-black horizon. Until barely five minutes ago, the sky was a black mass punctuated only by the intense shine of its stars. Having travelled from a polluted Dubai, it’s a rare and exciting treat.

But we’re in Northern Kenya now, and this is only a whisper of the natural splendour that’s about to unfurl.

We watch the spectacle from the safety of a rustically elegant stone-built villa having already semi-collapsed on its marshmallow soft bed. The bedroom, lounge-area and  alfresco shower look out towards the sprawling Kalama Community Wildlife Conservancy, which borders Samburu National Reserve. Saruni Samburu – the eco-chic boutique lodge in which our marshmallow bed and intoxicating views are housed – is the only lodge in over 200,000 acres and hosts just six villas (20 guests at any given time); it is high-end, intimate and entirely majestic. 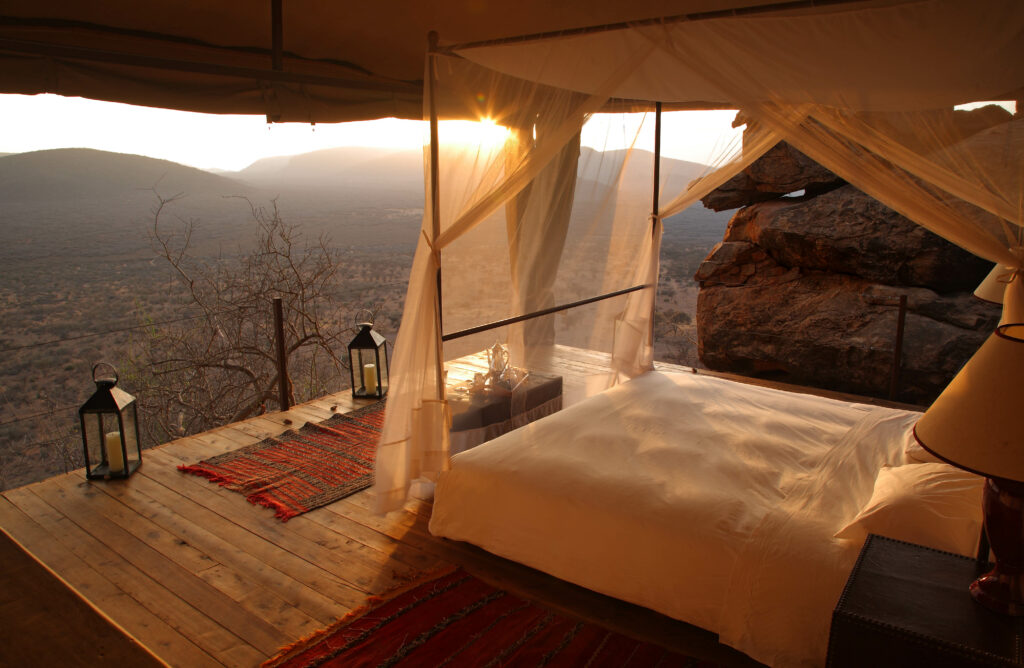 We arrived at Saruni Samburu just a few hours earlier having taken the five-hour journey across from the Middle East to Nairobi, followed by a quick one-hour local flight directly into the Samburu Kalama air strip. On the 20-minute drive to Saruni the landscape spirals outwards, roads became slimmer and the thick, rugged vegetation spills out more and more defiantly. It’s August which means Kenya is pushing further into the depth of its dry season and the safari becomes that much more enthralling as the country’s game is forced to roam more fervently for water. But before we’ve even come  close to Samburu’s spectacular animal-life, we’re captivated by the land’s unpretentious and puristic beauty.

The Saruni collection – which includes three other properties across Kenya; Mara, Wild and Rhino – was set up by Riccardo Orizio on the ideals of philanthropic conservation. “We wanted to create both the best property in the big north, this amazing Northern Kenya region that is one of the most beautiful and scenic in East Africa,” says Orizio. “And to also create a model of progressive community-based conservation project within the family of Northern Rangelands Trust conservancies. I think we have achieved both.” Offering spectacular game drives in flourishing reserves along with bush breakfasts and picnic lunches surrounded by lions and leopards, whilst maintaining its gently luxurious character and eco-conscious sensibility, Saruni is way ahead of the pack. 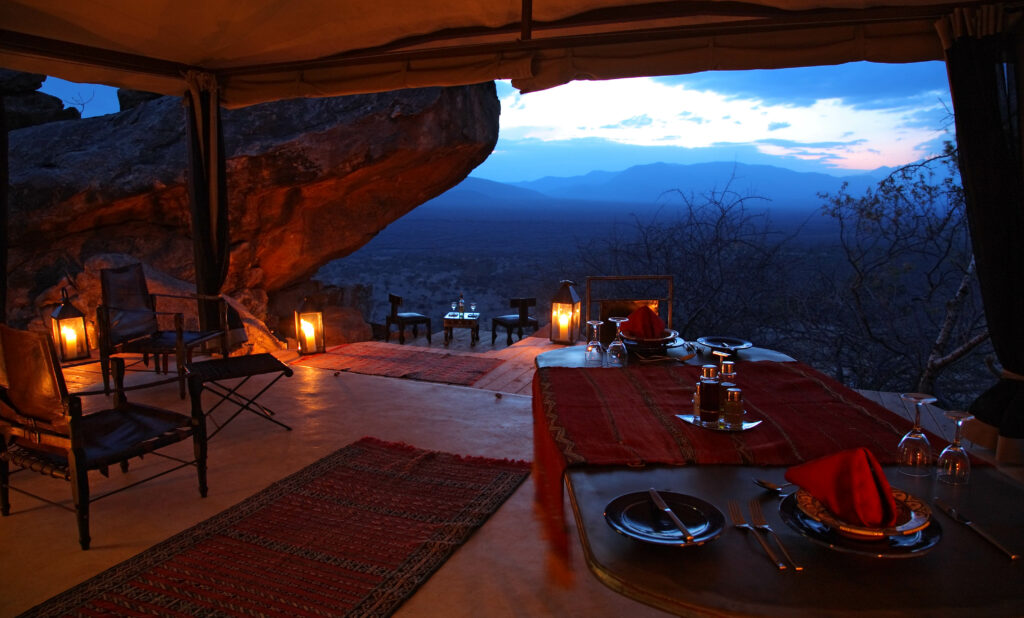 Cuisine is one of Saruni’s feature points and flows between fresh Italian dishes to localised dishes. Communal dining is intimate and exciting as guests share stories with one another

We awake on our first morning at 5.30am to fresh coffee. It’s pitch-black, not even the sound of a waking bird, but this is where the real adventure begins. We quickly dress with layers in mind – Samburu offers cold, windy mornings until about 10am when the blazing African sun emerges  – before the watchman guides us along the sporadic, stone pathway that runs from the cliff-edge villas to the lodge’s entrance. Politeness (and perhaps overconfidence) tells me that I certainly do not escorting from villa to front-door. However, I’m quickly corrected; Saruni Samburu’s resident cat happens to be of the leopard kind.

The lodge is run almost exclusively by the semi-nomadic people of north-central Kenya; kind, unassuming and entirely true to their land. “It is not only giving back out of generosity or out of a philanthropic project, but conceiving conservation in the only way that makes it sustainable. In a planet where the natural resources, including wildlife, are depleted, damaged, often destroyed, and always over consumed by a fast-growing human population that is colonising in a brutal way even on the farthest corners of the planet, if there is a hope to slow down this irreversible process it is where the human beings on the ground believe and participate in conservation,” offers Orizio. We reach the open top land rovers and two Samburu tribesman – a driver and a tracker – greet us with warm blankets and binoculars. Joining us on this morning’s sunrise safari are four others; a Dutch father and son, both self proclaimed safari addicts (Saruni is their third stop this year alone), and a forty-something Australian who is accompanying her retired father on his trip of a lifetime. A little more coffee and the eight of us quickly gel while stories of the wilderness are shared. That’s just one more of Saruni’s many, many charms; its ability to draw like-minded, nature enthusiasts together.

We flee basecamp as the sun begins to push out across the distance. The 30-minute journey to Samburu National Conserve is, at both sunrise and sunset (as we’d later find out on an afternoon safari), nothing short of spectacular. It’s now just past 6am, the rising ball of sun offers a unique window into this perplexing wilderness, and we stop to watch a porcupine scurrying back to the bush where it will seek refuge for the day. A herd of antelope grazing on acacia trees is spotted in the near distance, their first food for the day. I silently consider this tiny capsule of time in which both the nocturnal and day animals now both share the land. 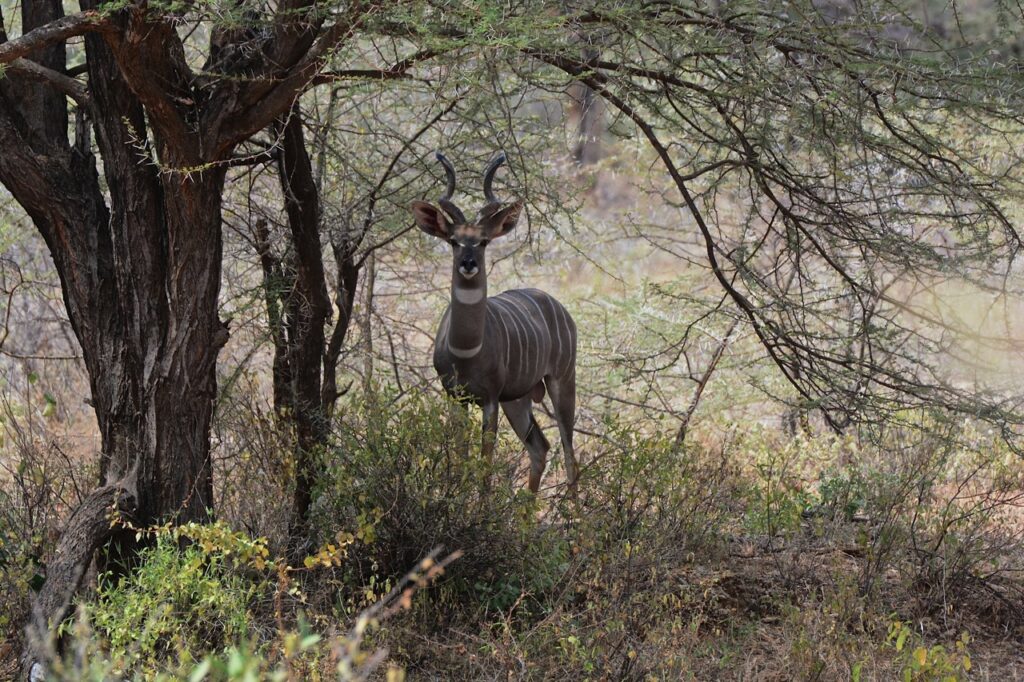 Only one river flows through the conserve during its dry season which creates a metropolis of animals usually found in the intense, billowing green surrounding it. We head towards it and stop only to enjoy the extraordinary array of game along the way. A young family of giraffes wander across the land to our left while a male Zebra is spotted on our right. Deep lines of jet black cut through his off-white zig zags with the kind of precision that’s difficult to take in amongst this otherwise untamed environment.

We reach the river and dozens of baboons bounce and jump from tree to tree in what becomes a hysterical acrobatic performance. Suddenly, out of nowhere, the intense and infinite sound of trumpeting is heard in the distance. Elephants. This is where the real, once-in-a-lifetime magic begins. Along to the east a herd are embarking on their journey across the river. More and more giants emerge from the thick bushes and what finally surfaces is a family of 15, including three infants who role and play in the murky river while mothers prod them along with their trunks. Sunlight bounces off silver-grey skin and their calls pierce through the air so intensely you can almost see the wind rippling. I’m entirely encapsulated. 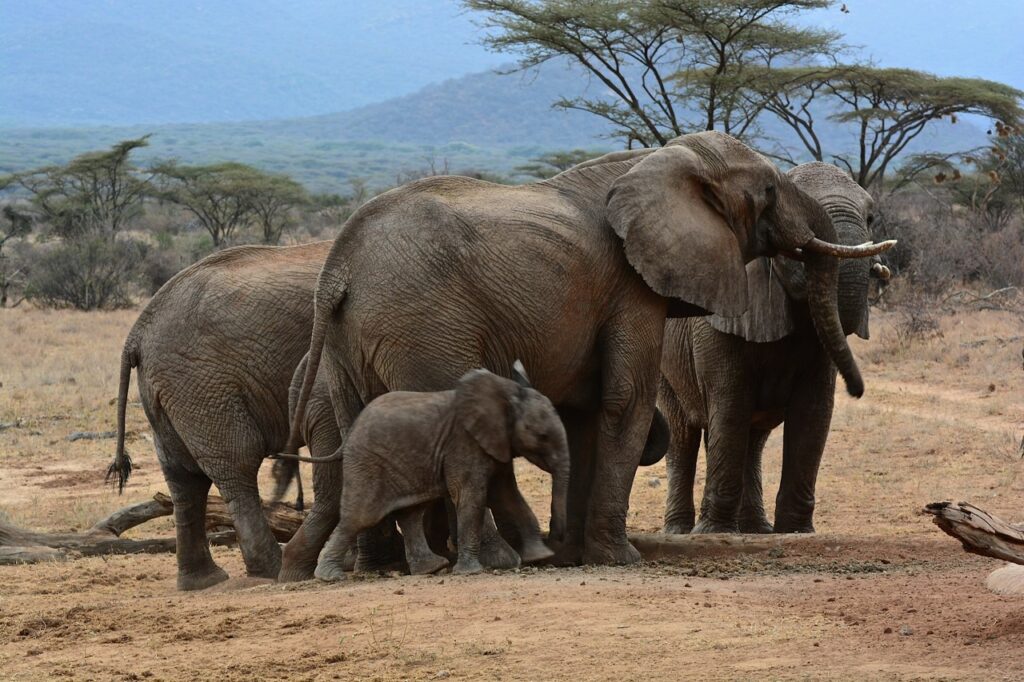 It’s not until we’re back at the lodge and enjoying lunch with other guests – cuisine is one of Saruni’s feature points and flows between fresh Italian dishes to localised dishes – that the sheer wonder of the morning hits me as we each share stories from the wildlife-rich reserve. Some guests met with lions and leopards and others cheaters and crocodiles, but all were experiences which would later become my own as I indulged in numerous more game drives across the week.

I end the day with a rather cold but refreshing dip in the pool, followed by a deep-tissue massage in a hut which over-looks the conservancy (without a doubt, the best view I’ve experienced from a treatment room). I close my eyes and reflect on what was a powerful few hours of unrivalled perfection. The following days consist of more game drives, bush walks, nightly tales from the wilderness while seated around the open pit fire, and plenty more life altering encounters with Kenya’s species.

“To make human beings believe and participate in conservation, they need feel both that they ‘own’ it and they have to benefit materially from it. It is a small contribution, but I think we have made it and this – together with the sheer satisfaction of our guests – makes us all very proud and very grateful to be allowed by this community to work with them,” says Orizio. We leave Saruni Samburu with a greater appreciation and understanding of Kenya and its people, spurred on by Orizio and Saruni’s immersion of the local tribes and trusts who are vital to its efforts. Our next stop on the Saruni trail? Hopefully Saruni Rhino where Orizio has collaborated with Kenya’s Northern Rangeland Trust to make the black rhino’s existence in northern Kenya possible again. 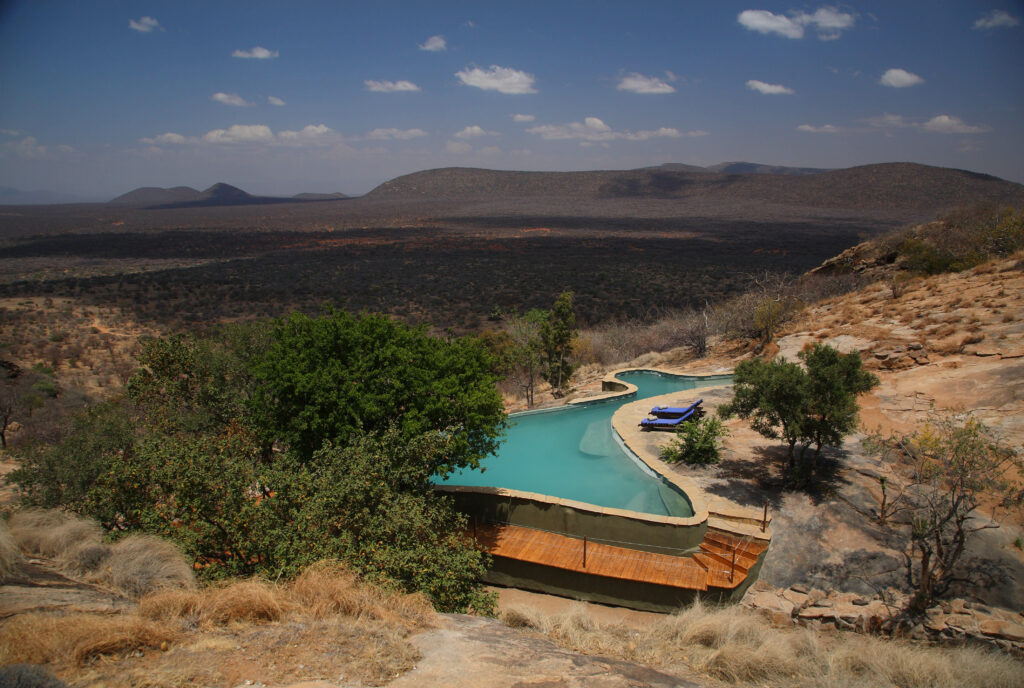 The Travel Itinerary
Kenya is a five-hour flight from either Dubai or Abu Dhabi making Saruni Samburu a viable option for long weekends. Fly direct to Nairobi on Emirates, Etihad or Kenya Airways, and then take a one-hour internal flight to Samburu Kalama.
Visit during Samburu’s high season of July-October but book early as the lodge can only accommodate 20 people at a time.

MOJEH Recommends
Stay for at least four nights. Or, better still, make it eight and spend four days at Saruni’s Massi Mara lodge, Saruni Mara.
Attempt both the sunrise and sunset safaris as often as possible. The early mornings appear daunting, but are well and truly worth it.
Make the most of the on-site spa and book in for daily massages before arrival. The views are unrivalled.
Saruni is low-key luxury, run with the excuse to pack light. We’re talking palazzo trousers, oversized shirts and and plenty of linen. 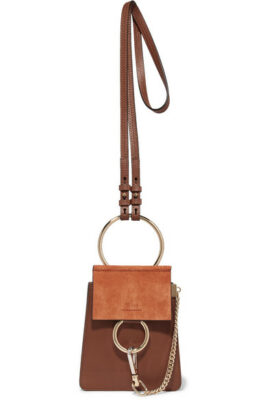 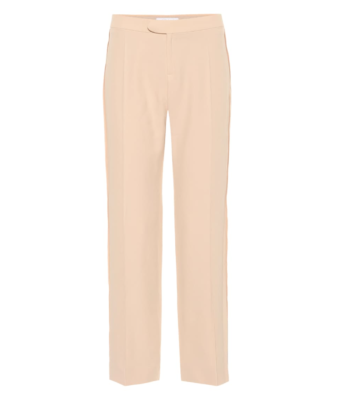 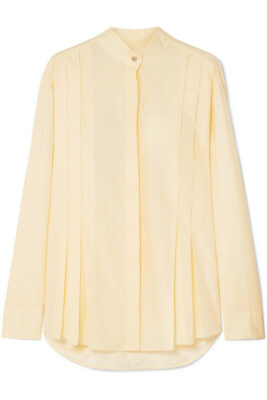 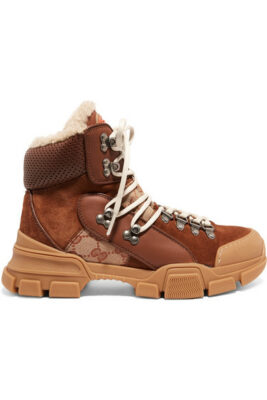 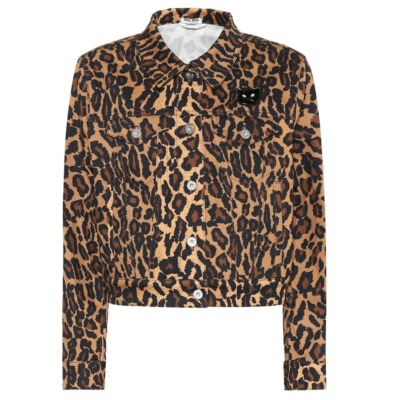 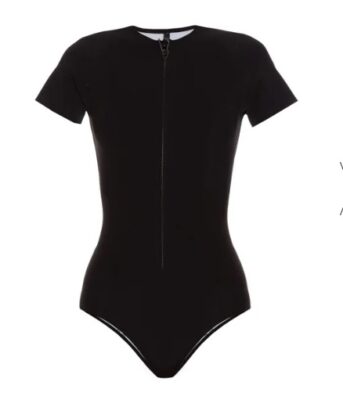