Seeking stories, silence or a spiritual awakening? We explore the growing movement in spiritual tourism.

The idea of observing the ‘other’ and experiencing alternative cultures, foods, drinks, sights and languages is deeply ingrained within the theory of tourism. Today, however, the act of simply sightseeing feels worn-out – the millennial traveller wants more. With a wide range of options available, from the eco, agri and sustainable to ghetto and even war tourism, there has been a marked increase in the popularity of niche travel sectors. The end of 2013 saw Vietnam play host to the first UNWTO International Conference on Spiritual Tourism, recognising the growth of one such sector, which has been expanding for the past three decades and today attracts more than 330 million people each year. Not to be confused with religious tourism (the age-old practice of pilgrims visiting key religious sites), spiritual or holistic tourism, as it is often referred to, implies a state-of-mind. The spiritual tourist might seek to gain wellness, self- realisation or spiritual development via travel – that is spiritual progression in the secular sense. Bali’s enchanting volcanic peaks, for example, offer fantasy #NoFilter fodder.

“Our traditional markets are UK, Germany, Switzerland, USA and Russia,” says Divya Babbar of the famed Ananda, positioned in the foothills of the Himalayas in the north of India. Babbar also identifies a growing interest from emerging markets, with a “rapid increase” in guests from the Middle East. Unsurprisingly so, as unique resorts such as Ananda have carved out their own niche by merging luxury with spirituality. Positioned within the grounds of the Maharaja’s Palace Estate – the Palace’s top floor is used as the guided meditation room for guests – with its regal Sal forest backdrop and an award-winning dedication to Ayurveda, yoga, fitness and well-being, it’s an enchanting home away from home for the Middle Eastern jet-set in search of luxury with a deeper meaning.

For retreats like Ananda, location is key. Overlooking the Ganges and the ‘spiritual’ town of Rishikesh, which first came to the attention of the West during the Sixties, when The Beatles and their followers travelled there to experience transcendental meditation, Ananda offers a prime vantage point for luxury spiritual exploration. Guests might choose to start their day with a sunrise trek through the mountains followed by a beginner’s hatha yoga class and guided breathing techniques, all under the mesmerising skies of India. But, beautiful landscapes and five star service aside, what is perhaps more interesting is the appeal of these often-remote locations to busy city dwellers – is there nothing that offers a sense of meaning closer to home? The rising numbers of visitors from crisis-ridden capitalistic societies is perhaps an indication of mistrust in their contemporary systems of living. Whether the tourist journeys to an Indian ashram for Ayurvedic healing, seeks out a shaman in Peru, or travels the much-trodden path of ‘Eat Pray Love’ to Bali, the journey seems to reflect a desire for self-exploration, healing or a quest to find answers.

“After becoming ill through work-related stress, I turned to yoga and meditation as a form of healing,” says Emily Walker, a former cosmetologist turned yogi. “My passion for yoga grew and I started to feel more and more uncomfortable with the work that I was doing. Travelling to India felt like a natural progression for me.”

Walker is fairly typical of the type of tourist one might find in a place like Rishikesh. “People go on this type of journey for a variety of reasons,” explains Ben Bowler of World Weavers, a brand that operates spiritual immersion programmes in Tibetan India, Nepal, Cambodia and Ethiopia. “Often, they are in an in-between place in their life – in-between jobs or relationships. One thing they do tend to have in common is that they are seeking something, looking for meaning and looking for answers.” Whilst the traveller of the Sixties might have claimed their journey to Rishikesh was in the vein of discovering a higher meaning or fulfillment by adopting the practices of a different religion, it seems that today’s spiritual tourist does not want the rigidity of a particular system – they travel for more personal reasons, the guests in Ananda often citing society-driven ailments such as “extreme stress, insomnia and anxiety” as their reasons for seeking holistic, spiritual health. Spas such as these offer alternatives to modern medicine through a proven combination of Ayurvedic consultations, world class body treatments and organic, bespoke menus designed to re-balance doshas.

Has a society underpinned by the worth of material goods and driven by rampant consumerism spurred an increased interest in alternative cultural frameworks? With the religious practices and social structures that previously united communities becoming a point of disillusionment, today’s traveller seeks to find a form of more fluid connection through other perspectives. Bowler began to notice a steady increase in his clientele around 2009, duringthe global recession. Once at the height of their game, bankers from New York and Geneva signed up, looking to explore alternative ways of living after their current systems of education and income had failed them – “having been laid off in the Global Financial Crisis, they came looking for a deeper level of meaning and value in their lives”. Describing itself as a ‘refuge from everyday life’, celebrities and burnt-out professionals alike flock to residential retreats like California’s Spirit Rock, attracted by the prospect of silence, space and spirituality. Looking at the resurgence of mindful practices among young professionals, ‘The Spirituality Shift’, explored by MOJEH in 2014, highlighted the GFC as a turning point in attitudes, exposing the ‘fragility and illusion of the money matrix’. The article also cited the media as a key competent in the proliferation of Eastern practices such as yoga and meditation to the West. “Words such as ‘mantra’, ‘avatar’ and ‘guru’ now have a place in everyday vocabulary, whereas only a decade or two ago, they belonged to a discourse used only by a small elite,” Oliver Robinson.

With this cultural shift towards living-well over material gain and perceived success, today many are re-evaluating their career choices; focusing on personal happiness, some even redefine their career path following their spiritual awakening. Dissatisfied by the superficial nature of the beauty industry, upon Walker’s return from India, she sought to pursue a new career path in yoga tuition. The same is true of Gina Swire, a former plus-size model, who left a flourishing career to study nutrition and travelled to re-invent herself as a Health Coach. “Five years ago, my dad was diagnosed with an incurable cancer and this sparked a deep desire to learn more about how to prevent illness through self-care, positivity and nutrition.”

For some, like Emily and Gina, this type of travel is a chance to dedicate time to spiritual wellness and reconnect with something they cannot put a price on. “When I left for this trip eight months ago, I knew I was going to deepen my spiritual knowledge,” explains Swire. “I chatted to gurus about giving up their possessions and the light that came from that.” Of course, the perceived idea of a spiritual journey and the actuality doesn’t always align, as Swire discovered during her self-directed travel. Regarded as India’s ‘Spiritual City’ with the ‘sacred’ waters of the Ganges running through it, Varanasi draws the elderly and the ill. “People believe that if they die there, they go onto enlightenment,” says Swire. Yet, the public displays of life and death combined with the heaving and chaotic essence of an Indian city can be more than overwhelming for some.

As well as the cultural challenges described by Swire, there are also physical implications to consider – the rigorous daily yoga regimes and strict timetables of meditation, fasting and silence at some ashrams are not for everyone, and the challenges continue once the traveller returns and attempts to adjust to the routine of their previous life. “The process of dealing with life after returning was a challenge, and still is,” admits Walker,who returned to the UK from India after an intensive month-long Yoga Teacher Training course, which involved 14 daily hours of Ashtanga yoga, taught six days a week. “I did not expect it to have the impact it did and it was obvious that the work I had been doing was no longer for me.”

Personal challenges aside, the rise in this type of travel poses another type of problem. Similar to the effects of other types of cultural tourism, with an influx of tourists seeking spirituality, a new market opportunity arises. The rising growth in this sector and increased competition between travel providers and local vendors looking to peddle spiritual experiences can result in the dilution of once sacred practices. And, what of the impact upon the surrounding environment? With the masses arriving, there is, of course, an increased risk of damage to natural surroundings and landmarks of cultural significance. As one culture becomes financially reliant upon another, there is an opportunity for exploitation and degradation of the local communities, who may (unwillingly) become a part of the tourist lure.

For travellers seeking a more guided approach that encompasses holistic benefits, such as expert advice from visiting masters and legitimate Ayurvedic practices for inner healing, luxurious retreats like Ananda offer just that. “Guests come to us because of the entire package,” notes Babbar. “The idyllic Himalayan location, expertise of our wellness experts and team, the quality of the treatments, the cultural experience, organic cuisine, personalised care and the superior service.” At the end of their stay, guests are provided with a comprehensive set of guidelines and encouraged to remain connected to Ananda’s doctors, chefs and yoga experts to aid the continuation of their wellness journey.

As we continue our voyage into this expanding travel territory, it appears that amid the cultural challenges, the personal outcomes of this type of interchange are vast. Whether motivated by self-interest, a curiosity of the other or a desire to break from the norms of traditional holidaymaking, spiritual tourism not only offers a positive impact upon the individual’s physical and emotional well-being, but on a larger scale, helps to improve understanding between different cultures, sparking a desire for social change. 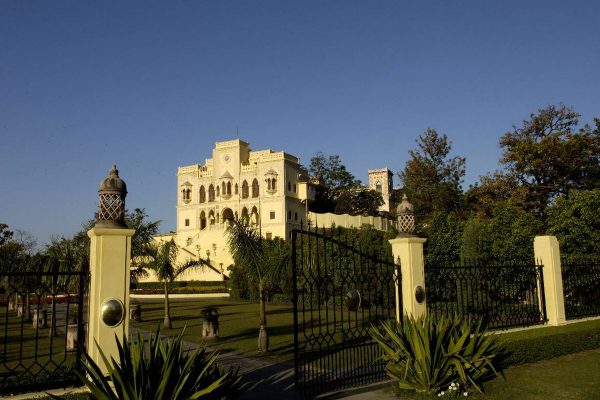 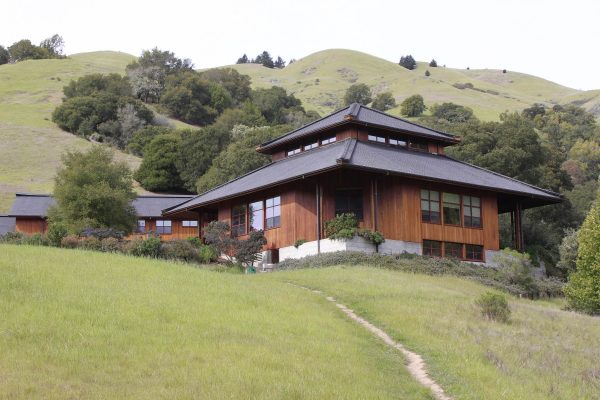 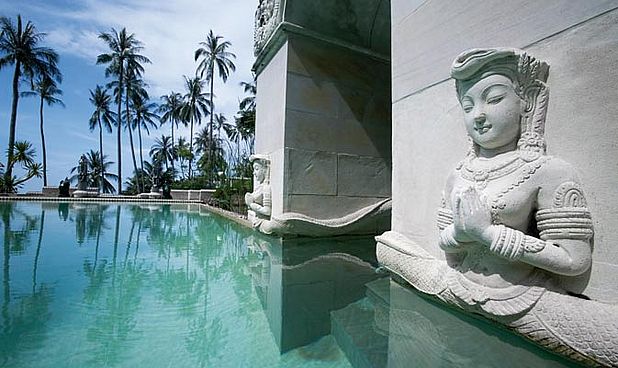 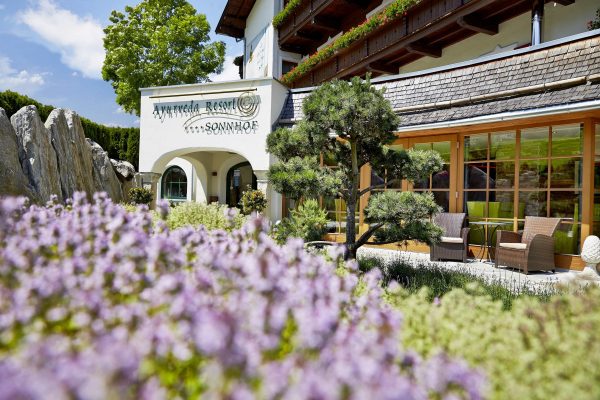 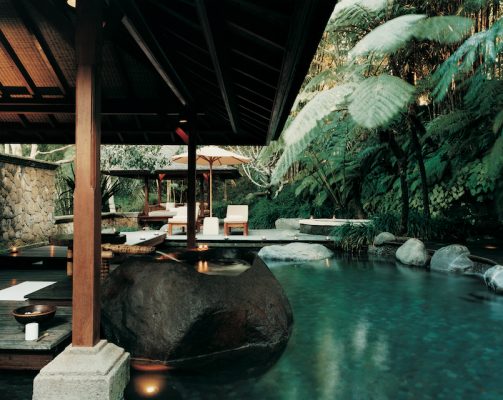