One for nature lovers and beach babes alike, if looking for an escape out-of-the-ordinary, not too far from the hurried cities of the UAE, Sir Bani Yas Island offers a bit of everything, including a little history lesson. The founder of the UAE, Sheikh Zayed bin Sultan Al Nahyan had a vision to return the desert back to its greener origins. As a result, he spent much of his life researching and investing in sustainable development, placing great importance on the conservation of wildlife. So in 1971, he turned Sir Bani Yas Island, which sits just off the coast of Abu Dhabi, into a nature reserve to provide a sanctuary for the region’s endangered wildlife. Today, the island has become home to three high-end Anantara Resorts, the region’s hotel brand of choice.

In the last four decades since Sheikh Zayed founded the reserve, now known as the Arabian Wildlife Park, several million trees have been planted and numerous animals have been introduced, including giraffe, cheetah, ostrich and oryx. Truly unique for the region, it has unsurprisingly become a weekend, or week-long, destination for UAE residents looking for a change of scene, seasoned travellers looking for adventure, parents looking to entertain their children, and honeymooners from around the world. 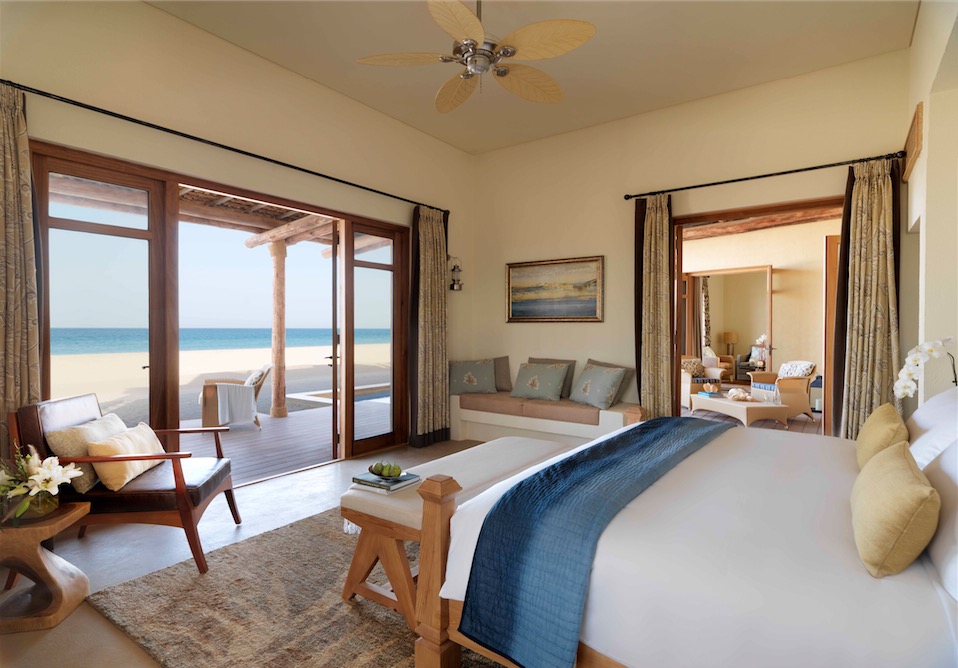 At 87-kilometres-squared, the island is technically larger than Abu Dhabi, and it offers a real feeling of escape in that you arrive by boat, following a two-hour drive from Abu Dhabi, or short plane ride, which only adds to the safari-inspired feeling the island and its residences achieve.

There are three properties, all run by Anantara, that offer very different experiences, but it is the Al Yamm Villa resort set along a stretch of rugged, deserted beach that epitomises grown-up, desert island romance. One- and two-bedroom villas are nestled along the shoreline, each with uninterrupted views of the Arabian Gulf and of the spectacular sunrise. Equipped with all mod-cons, villas are well appointed and cosy, designed with heritage houses in mind, the wooden accents offer a more laidback approach to luxury.

When it comes to activities, a resort like this really inspires days lying horizontal with a good book and walks on the beach hand-in-hand, but it is nice to get out and about and see the wildlife on a private game drive. Now, don’t have visions of the big five, Sir Bani Yas isn’t Africa, but it is lovely to see animals that are well-fed and happy, roaming free in a natural environment, while learning about the history of the island between spotting giraffe through the trees. Not only for children, a game drive at sunset is a romantic way to end the day.

If it’s off-the-beaten track you are looking for this Eid, then head to Sir Bani Yas and uncover a new perspective of what this region can offer. 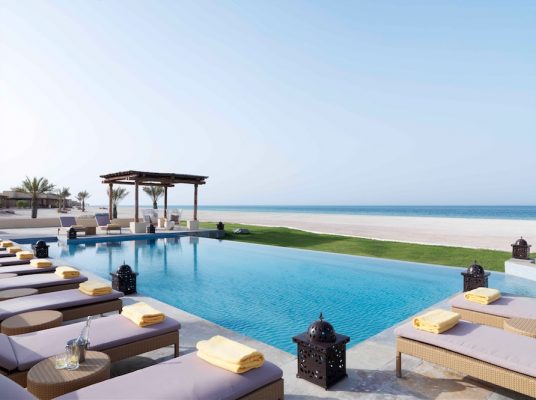 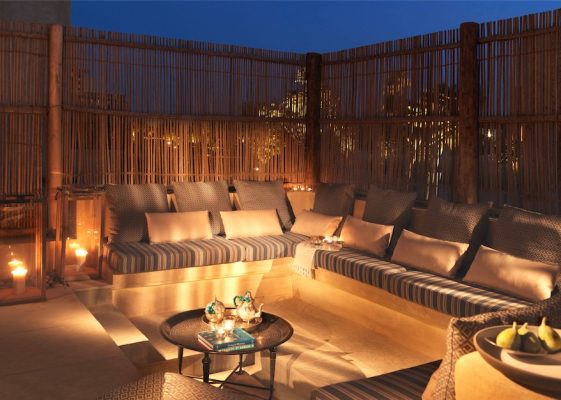 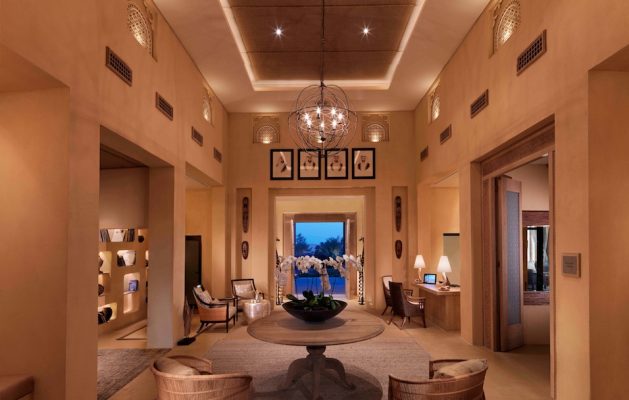 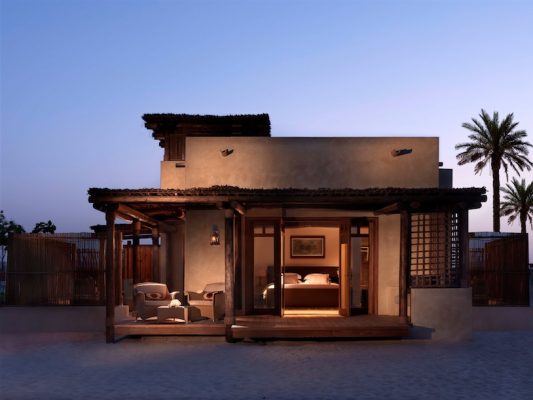