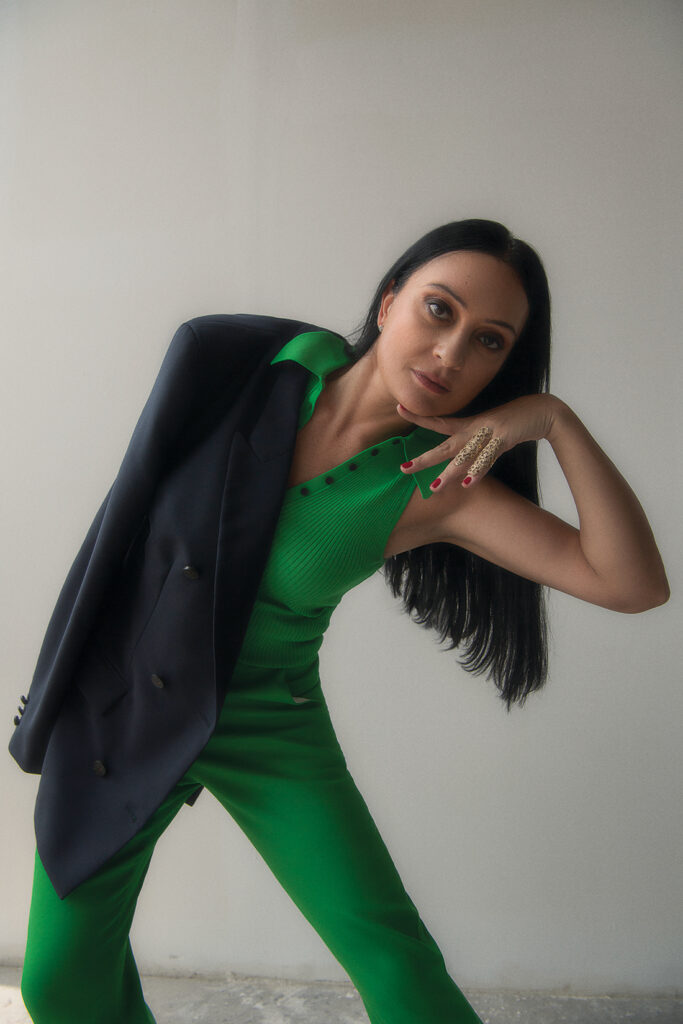 Lebanese born artist Suzi Nassif was aware of her orientation towards visual arts from a young age. Gaining inspiration from cultural diversity, mysteries of existence and the semblance of emotions, with every stroke of her brush she tells a new and different story. Raised in Lebanon in a time of unrest, Nassif had a world of emotion to draw inspiration from. It was this period in her life that became the catalyst for her own creative output, painting passionately during the uncertain times.

Since then, inspiration has come to her from many different walks of life, such as the people and cultures she is exposed to during her travels, the popular culture that surrounds us all, and the ground-breaking artists of the past. “Art speaks volumes about who the artist is as a person, an artwork is a subconscious impersonation of a life journey,” Nassif explains. “My art is my biography, an insight into a mind that interprets life in colours and is the offspring of inspiration and internal waves of time-specific emotions.” 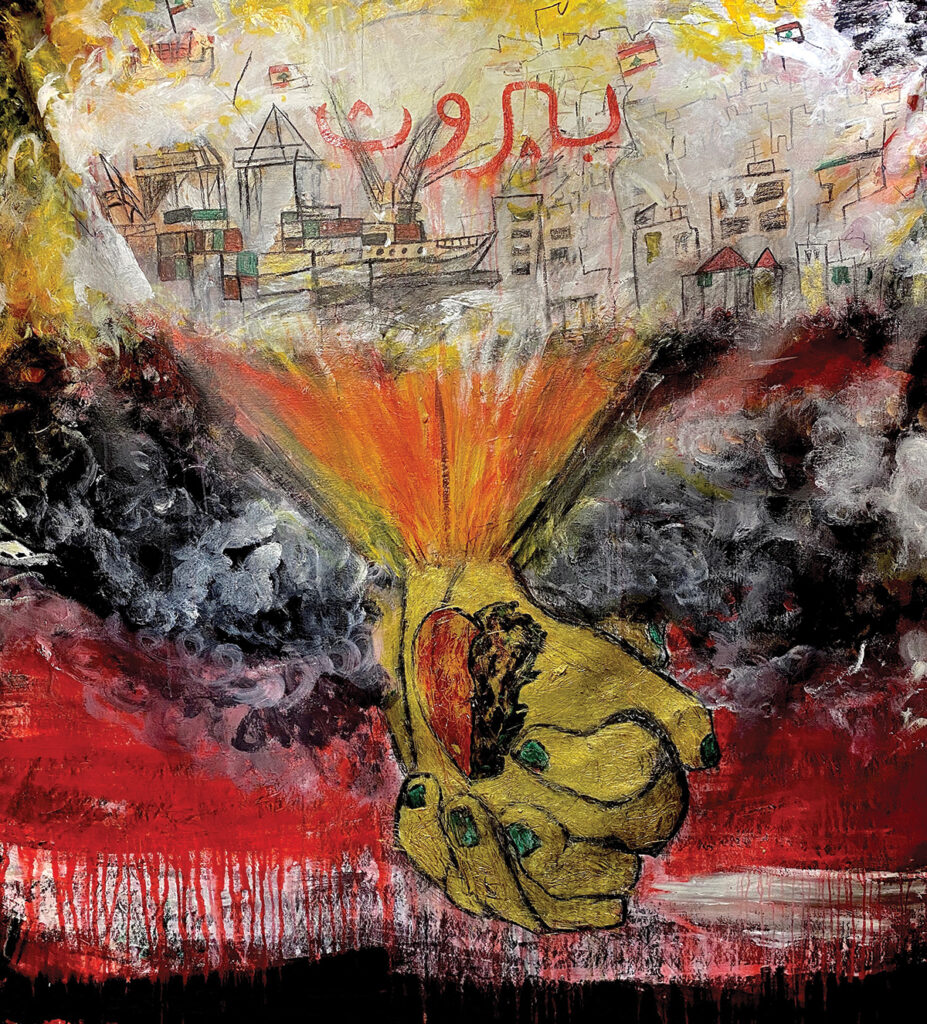 A tribute to those affected by the Beirut tragedy, with proceeds donated to the Lebanese Red Cross

As the world moves in unpredictable patterns, from pandemics to social stigmas and cultural gaps, Nassif believes that this is where we stand to change for the better, finding herself looking for new ways to make a change and impact. “Now more than ever, in this fast-digital age, art and artists are responsible for preserving the sensible part of humanity that keeps people in contact with their senses and engages them to connect and counteract.” While society in its current state is marked by fear and panic, Nassif says, “there’s also a growing sense of stillness and solidarity.”

Highlighting important causes, Nassif shares her view that art is a global language, communicating with you at personal level. “Art does not need to be translated, but rather speaks the mother tongue of every person, in that, its impact is stronger and faster than words where it directly connects to the mind and soul.” Her paintings certainly revolutionise the way we think and act regarding socio-cultural issues and even politics, allowing people from different cultures and different times to communicate with each other via images, sounds and stories. 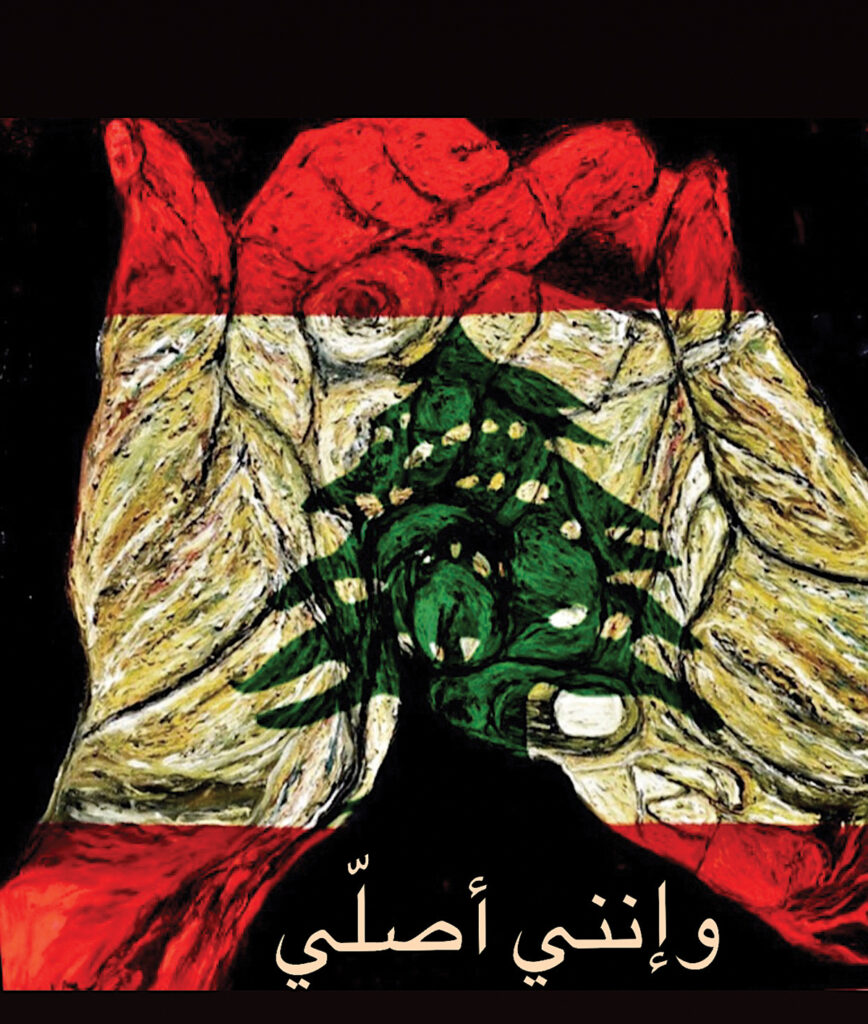 Always telling a unique story, Nassif boldly experiments with style and colours to communicate feelings of personal happiness and societal tragedy. Allowing the world to influence her work, Nassif shares that one piece of work she is particularly proud of this year is The Beirut Art which she created on the night of the explosion. “I cannot really explain what I felt that night, I have no words. I wouldn’t say it was particularly a feeling of pride, but rather I would describe it as an emotional explosion painted with tears of grief, sorrow, panic and mainly that unconditional love for Lebanon that makes me feel proudly Lebanese against all odds.”

Bringing people together in the face of adversity through the form of art is something that Nassif has been witnessing through new art movements and contributions worldwide. “The beauty of art makes us united, and part of something that is bigger and brighter,” she offers, “in times like this art is what keeps us alive.”