It’s that time of the year again when the international art world descends upon Dubai en masse. Whether hunting for fresh works by emerging artists or classic pieces by established stars from around the world, Dubai Art Week (March 16 to 23) draws in crowds of collectors, curators and critics as well as the general public. Art Dubai (March 20 to 23), held at Madinat Jumeirah, includes 90 galleries from 41 countries this year with a greater focus on those from the Global South, namely Latin America, the Middle East, Africa and Central and South Asia. But while the fair is the main draw for many, there are hundreds of events and exhibitions taking place across the Emirates.

From the arts and culture hub of Dubai’s Alserkal Avenue to the Sharjah biennial, these are the must-see art events in the UAE this season…

Get your pencil case ready, this year’s Global Art Forum (March 20 to 21) – the fair’s programme of talks – is called ‘School is a Factory?’ and looks at the state of education today. Presentations range from what we can learn from the groundbreaking German Bauhaus school, established 100 years ago, to discussions about how artificial intelligence is changing the way we learn.

Syrian breakthrough visual artist, Sara Naim’s practice dissects how proportion shapes our perception and notion of boundary. She explores the physicality of these ‘boundaries’ and its form, with complex questions of: If borders do not exist on a cellular scale, can we define ‘border’ on a macro scale? Can shape be considered an object in itself?

Tammam Azzam first gained attention in 2013 when he was forced to leave his studio in Syria and began making digital photomontages in Dubai. His works look at the conflict within art making in the face of war and violence, directly addressing the ongoing conflict in his home country. Azzam is inspired by the narratives of people through their experiences and connections to their surrounds. Although the motifs can often be precisely located, the transformation goes beyond the object event the picture is based on. Using hand- painted papers with more than 50,000 individual pieces, his images come together like chaotic mosaics that unfold into powerful abstractions resembling buildings, structures and disasters. 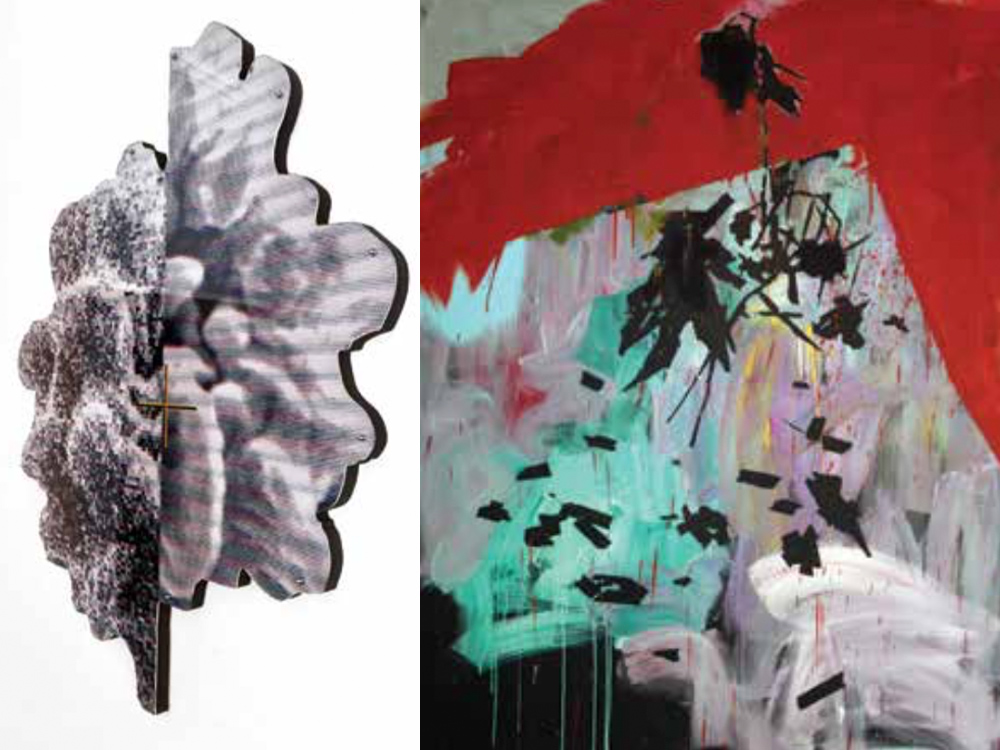 From left: ‘Form 1’, 2018, by Sara Naim, courtesy of The Third Line | ‘Soul Fire’ by Irakli Bugiani, courtesy of Project ArtBeat

NEW KIDS ON THE BLOCK

Proving that the scene in Dubai continues to grow, this Art Week is welcoming some new additions to the art world fold. The Jameel Arts Centre, which opened in November last year on the Jaddaf Waterfront, is presenting three new solo shows on the artists Seher Shah and Randhir Singh, Hemali Bhuta and Farah Al Qasimi (until June 8) alongside their main group exhibition Crude (until March 30), about how oil has transformed the Middle East. Opening on March 18 is the newest space, Ishara Art Foundation at Alserkal Avenue, which focuses on contemporary art and artists from South Asia. The inaugural show at the independent non-profit is Altered Inheritances: Home is a Foreign Place (until June 23). “[It is a] poetic conversation between Shilpa Gupta and Zarina, thinking about identity, language, belonging and the concept of home,” says Nada Raza, the artistic director of the foundation.

SATURATE YOURSELF IN SOUND

The hypnotic sound installations by the Swiss artist Zimoun are the perfect antidote to Art Week burnout. Inspired by a combination of biology, engineering, music and installation, Zimoun uses analogue motors connected to everyday objects that produce sounds when they move. For his solo show at the New York University Abu Dhabi (NYUAD) Art Gallery (until June 1), he is presenting five immersive works, including a new room installation that is sure to rhythmically soothe your soul. 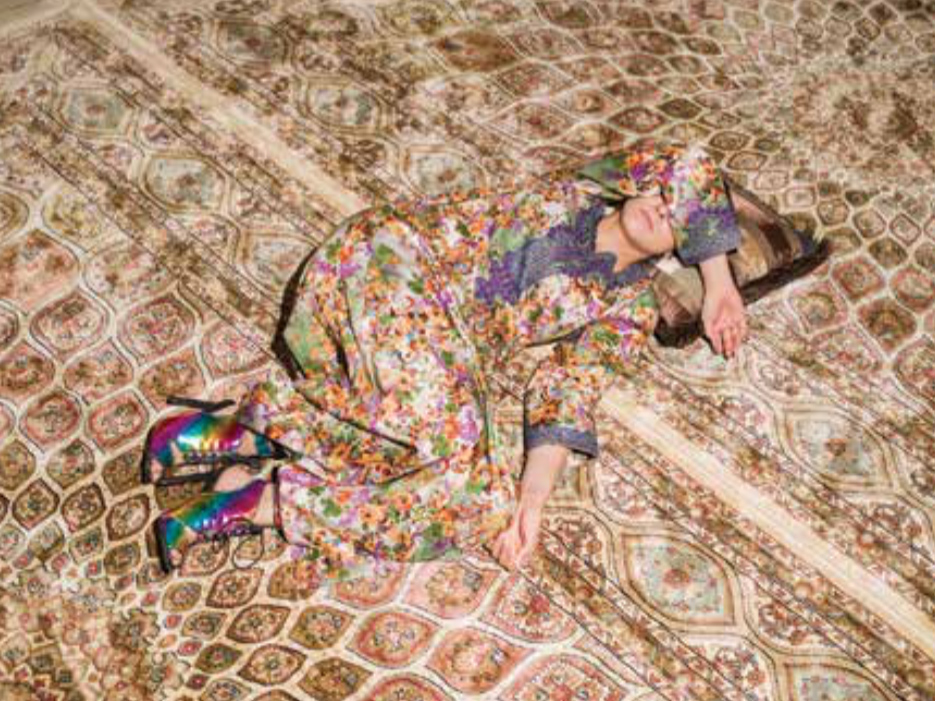 Farah Al Qasimi’s’ M Napping on Carpet’, 2016, courtesy of the artist and The Third Line

Leaving the Echo Chamber (until June 10), the 14th edition of the Sharjah Biennial, is three exhibitions rolled into one. Curated by Zoe Butt, Claire Tancons and Omar Kholeif, the presentations will create a “series of provocations about how one might renegotiate the shape, form and function of the ‘echo chamber’ of contemporary life”, the organisers say. New works have been commissioned from artists including Amie Siegel, Carlos Garaicoa, Meiro Koizumi and Lawrence Abu Hamdan and the pieces can be found in venues across Sharjah.

If photography is your thing, check out Gulf Photo Plus’ exhibition Facade to Facade (until June 8) by Hussain Al Moosawi. Capturing the surfaces and structures of buildings in the UAE from different periods in history, the tightly focused photographs reveal beautiful symmetrical repeating patterns as well as documenting the rapidly developing architecture of the country. 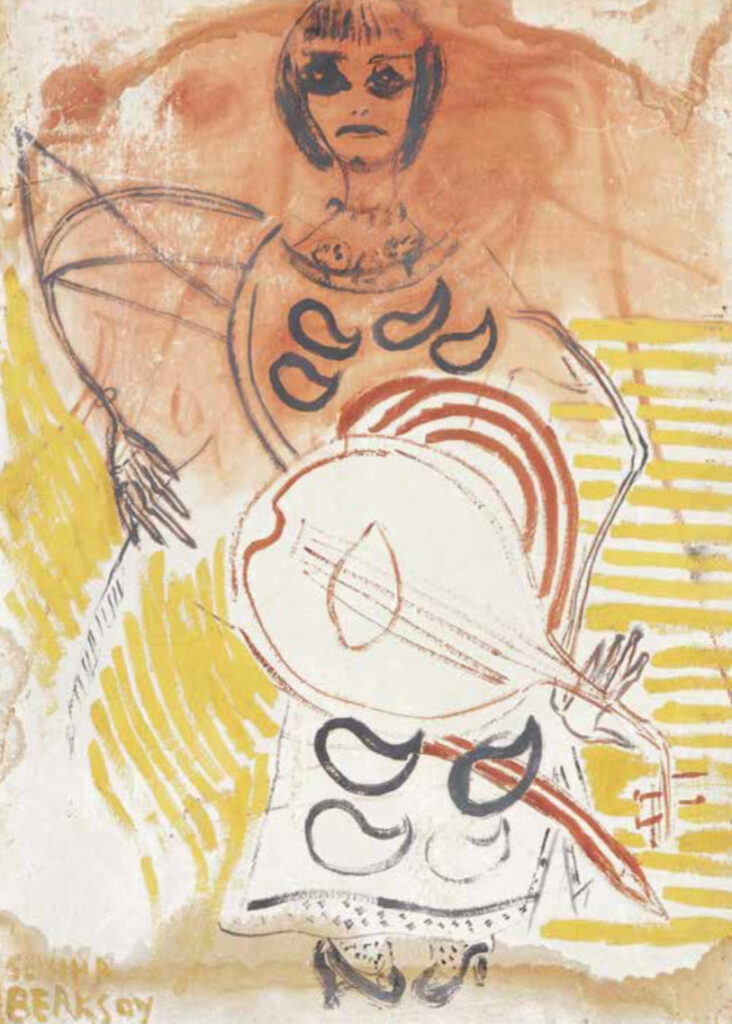 Coming with first time exhibitor, Copenhagen-based contemporary art gallery Andersen’s, artist Tomas Sarenco is best known for his large-scale, interactive installations and floating sculptures, and for his interdisciplinary approach to art. His work explores new, sustainable ways of sensing and inhabiting the environment, the result of research into the origins of the observable universe, arachnology and the potential future for airborne dwelling. 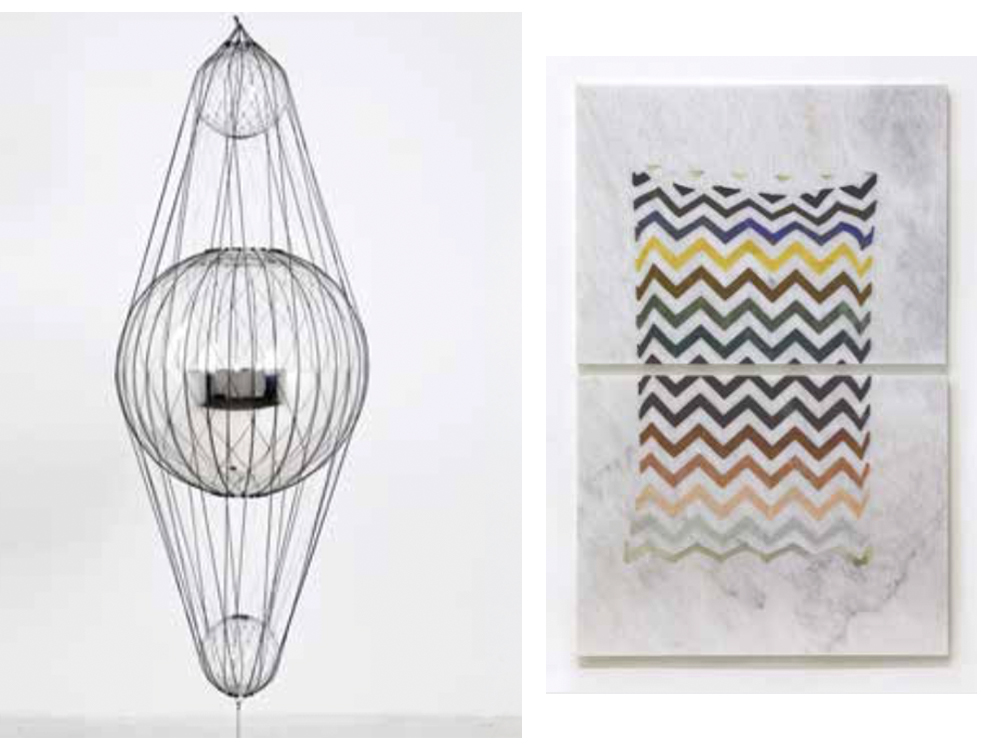 Loewe Has Partnered With Sotheby’s To Highlight Traditional Crafts