Home Is Where The Tote Is: Christian Louboutin’s Latest Bag Is An Artistic Tribute to Paris 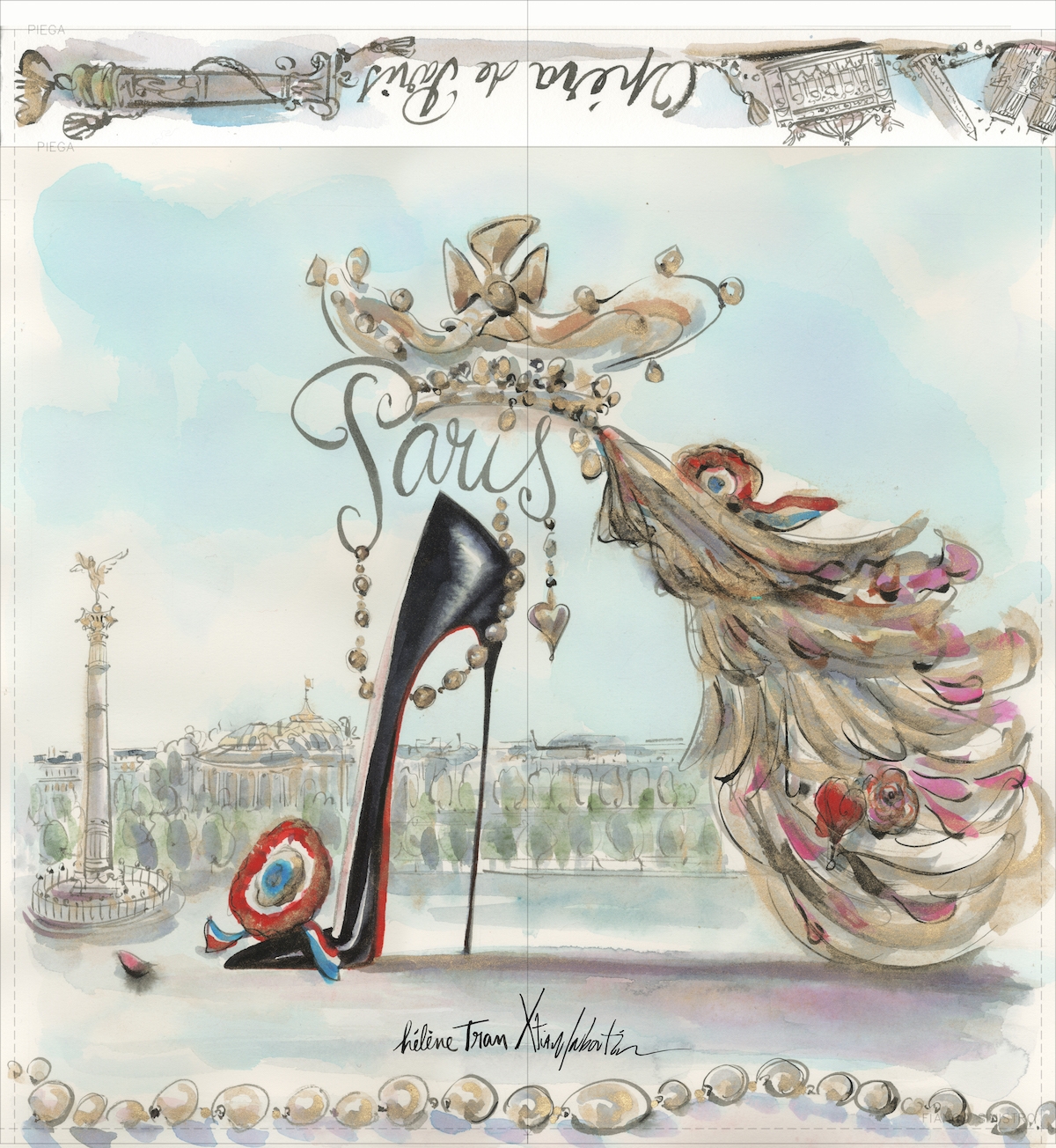 The Caba series has seen Christian Louboutin create artistic carriers dedicated to destinations across the world; from Africa to Mexico and Manila. For the newest edition of the bag, the French designer was inspired by the city of light, otherwise known as his hometown of Paris.

This year has seen many of us develop a new appreciation of home — whether it’s being able to stay safe in the sanctuary that home can provide or a longing to return to loved ones in our home country, it appears that there really is no place like home. With this sediment (and slogans like ’stay home’) still fresh in our minds, Christian Louboutin’s latest Caba series — which pays tribute to his birthplace and hometown of Paris — feels very fitting, despite being designed prior to lockdown. 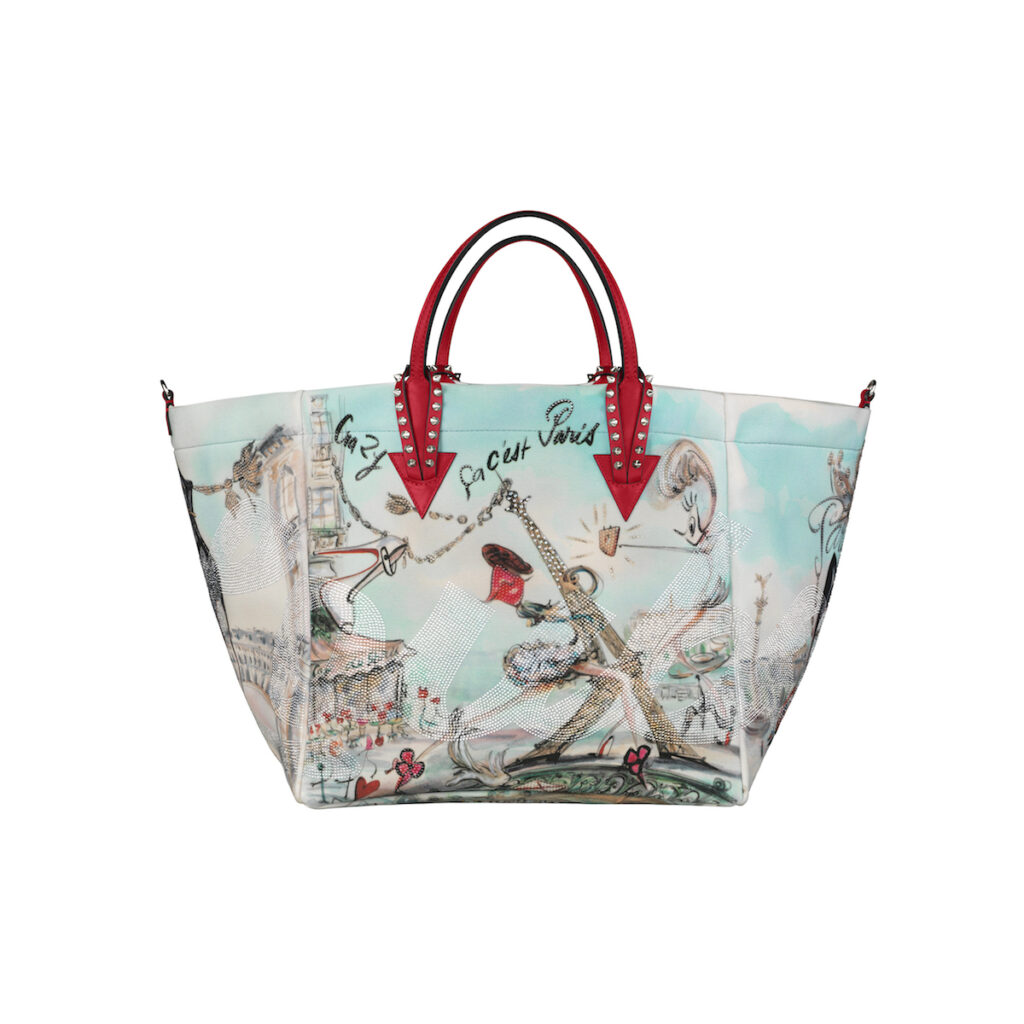 Created in collaboration with illustrator Hélène Tran, the new tote styles tell a tale of two cities: Paris by day and Paris by night. The Cabaraparis day tote is decorated in colourful scenes that offer a snapshot into Parisian life; from a quintessential café to the famous grey rooftops and a reimagined Eiffel Tower, swaying in the hustle of the city.

Look closely and you’ll spot a man whizzing past the landmarks on a bold red scooter, whom we suppose is Christian Louboutin himself. Finished with handles adorned in signature red and spikes, the tote is an intricate work of art to get lost in and if you peer inside the carrier you’ll encounter another series of sprawled notes and sketches by Tran. 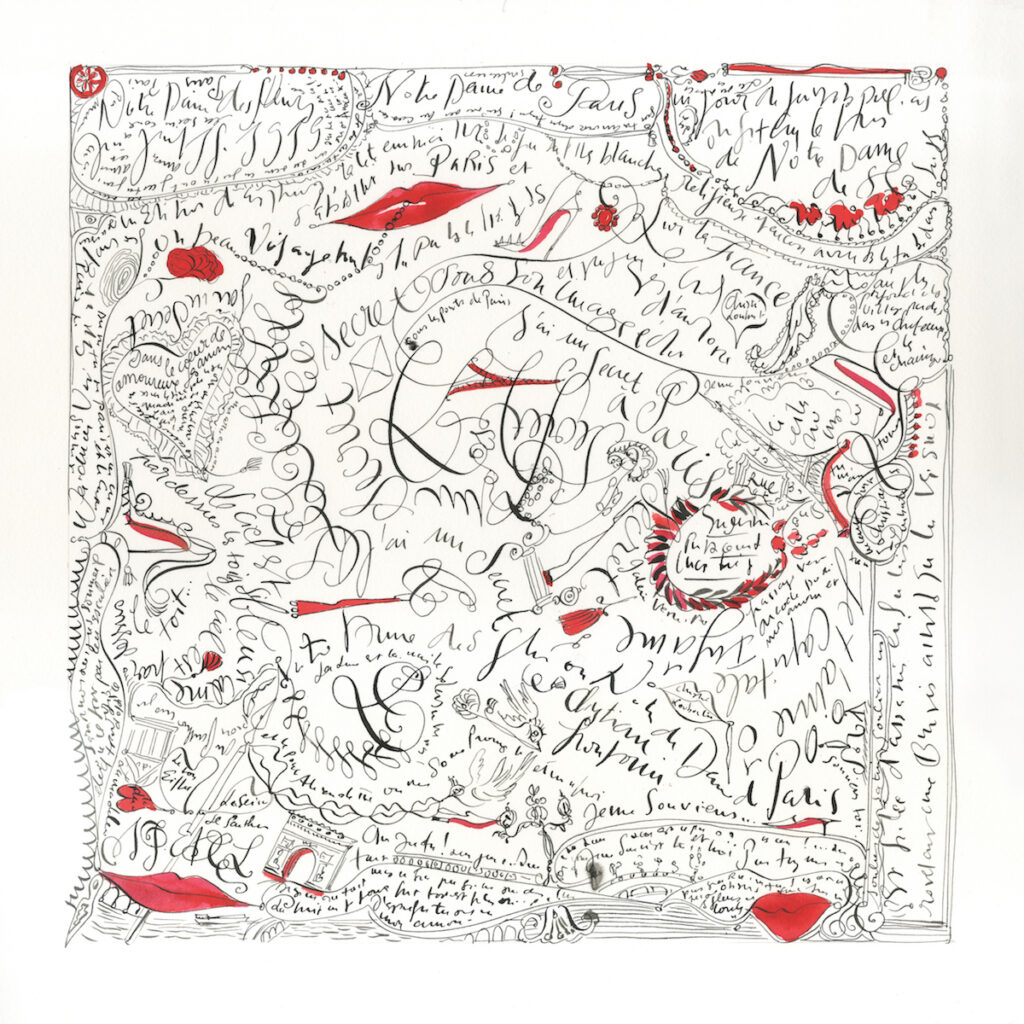 Meanwhile, the nighttime Cabaraparis design showcases a smaller silhouette that illuminates the city after dark. A lit-up bridge crosses over the Seine river, stilettos are poised for a night on the checkered black and white tiles and leopard print straps elevates the glamour of the illustration; it’s a stunning tribute to the city of light through Hélène Tran’s imaginative storytelling. 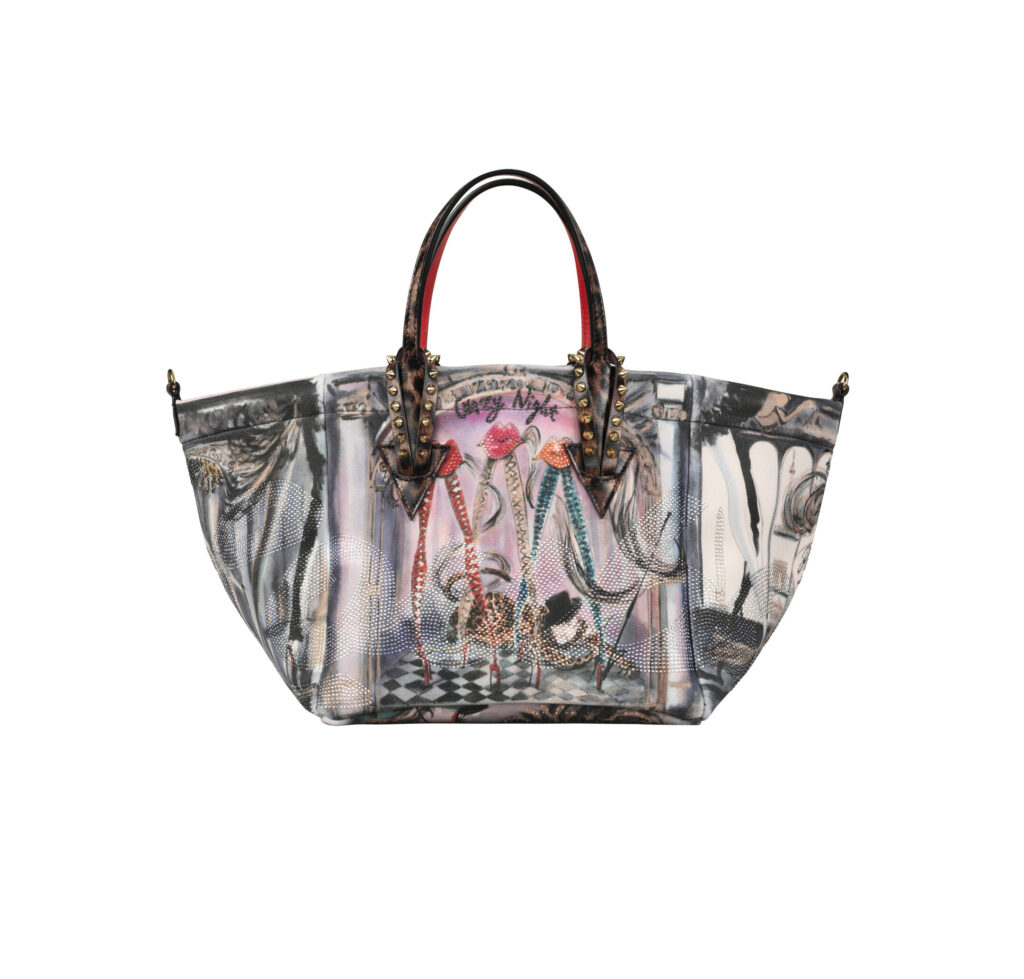 A whistle-stop tour of Louboutin’s city, the Cabaraparis bags also coincide with the reopening of the L’Exhibition[niste] at the Palais de la Porte Dorée. Running until January 3, the exhibit celebrates the the craft and creativity of Louboutin’s signature red soles and explores the flamboyant world of footwear.