Would You Freeze Your Eggs?

From Facebook to Apple, more companies are offering the option of covering the cost of egg freezing for their employees. But is it just a hope with an empty promise? Or is it a solution to gender equality in the workplace? 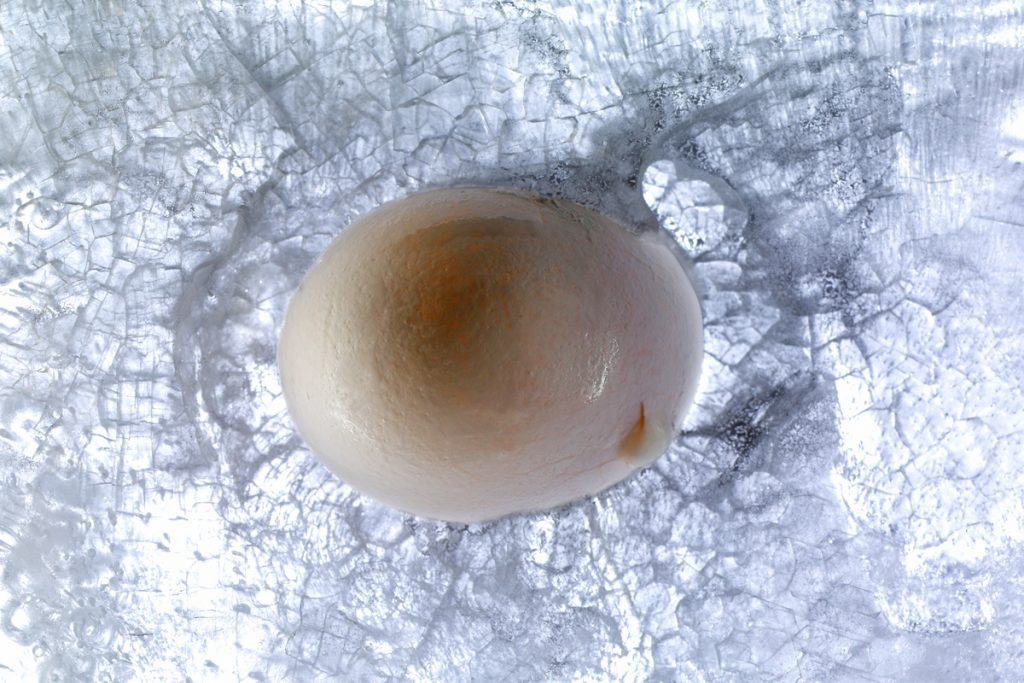 It’s of no secret that women are choosing to marry and have children later in life today than they were 50 years ago. The days of having children before you’ve reached a quarter milestone are long gone, for some. Now, women want it all: a successful career, but with marriage and children afterwards. ‘It is impossible for women to have children and remain ambitious and dedicated to a career they worked so hard to earn before having children,’ Hollywood actress Katie Holmes recently suggested. And why shouldn’t we have it all? As high profile companies such as Apple and Facebook add egg freezing to their health care benefits packages for employees it looks like a trend set to rise.

But what exactly is it? Egg freezing – or oocyte cryopreservation – is now available around the world. In simple terms, it’s a technology in which mature eggs undergo a flash-freeze process called vitrification. This protects the egg by covering it in ice – limiting damage and increasing it’s chances of survival. Therefore, you can use the eggs when you’re ready to start a family. The process of egg freezing is very similar to In Vitro Fertilization’, explains Alan B. Copperman, MD, Director of the Division of Reproductive Endocrinology and Infertility at The Mount Sinai Hospital in New York City. With an estimated 2,000 babies born globally from this procedure already it’s a number that looks set to rise in the coming years.

In the UAE the process differs slightly as there’s tougher laws surrounding the procedure. ‘The federal laws for fertility in the UAE prohibit the import and export of gametes (eggs and sperm), and the own eggs of a woman are not an exception. This translated means that any eggs frozen in the UAE, have to be used in the UAE and cannot be transported to be used in another country – an important piece of information for expatriate ladies considering egg freezing. Further down the line, the law today also prohibits the freezing and storage of embryos, so we have to thaw and use a limited amount of eggs each time’, explains Dr. Sana Khan at Bourn Hall Clinic in Dubai.

Being hailed as the most important and innovative advancement in women’s reproductive freedom since the oral contraceptive pill it’s definitely something worth thinking about. ‘In recent years, we have seen a boom in the number of women who choose to freeze their eggs. The number of patients we have treated for egg freezing has doubled every two years since we started freezing oocytes back in 2006’, Dr. Copperman. ‘I do not see this trend slowing down, and I think it’s great that Apple and Facebook have embraced this technology and are empowering their female employees with reproductive options’, he says. Last year, Facebook started ‘… offering egg freezing for medical and non-medical reasons to all US employees who are covered by our insurance plans. This benefit is covered 100 per cent up to 20,000 dollars.’ Following suit, Apple starting competing with a similar package this year.

But are these companies empowering women by providing them with innovative fertility options for the future? Or is it a savvy business strategy? At the peak of our careers (estimated at age 35) falls around the same time a lot of women want to start a family. This collision makes for the surfacing of very difficult questions: Should I take time out now and have children? Once I step off the career ladder how will I get back on? Or should I abandon the industry altogether and become a full-time mother? A series of questions that men do not have to answer – they can have children at 30, 40 and so on as there’s no evidence to prove they have a ‘biological clock’. ‘It is no secret that the quality and quantity of women’s eggs diminish as you age. We start to see a slow decline at age 35, then a more rapid drop after 40. Women are their most fertile in their 20’s and early 30’s, so the ‘ideal’ age would be in that range to yield the best result’, explains Dr. Copperman. Since 1970 there has been a 900 percent increase in women over the age of 35 having their first child, and a 35 percent increase among women aged between 40 and 44 – statistics these companies are all too well aware of. Women step off the career ladder around this age to have children. It’s a no-brainer that this recent introduction of egg freezing for female employees might well safe guard businesses from this drop-off. If women can secure their future by ensuring they’ll have children (whilst remaining on the career ladder) why wouldn’t they take hold of this opportunity? Surely it’s the answer to all our prayers?

Women remain sceptical – and divided. Are these companies putting even more pressure on women to keep working and put their family life on the back burner? Or is it an attempt to level the playing field for women in the office? According to the University of Denver today women hold less than 20 percent of leadership roles in corporate America. With only 5 per cent holding down a CEO position at Fortune 500 companies. These findings amplify that not all women can reach the top of their industry if they chose to raise a family too. In the US women now account for half of the workforce. The United States Department of Labour has projected that women will account for 46.9 per cent of the workforce in 2018. More importantly they will account for the ‘51.8 per cent in total labour force growth between 2008-2018’. According to a study carried out by Ernst & Young in 2009, ‘Groundbreakers: Using Women to Rebuild the Strength of the Economy’ in the UK women make up for 47 per cent of the workforce. They also noted that the US Department of Education has reported that ‘women have been earning more bachelor degrees than men since 1982, and more master’s degrees than men since 1981’. In the UAE Emirati women entering the workplace is still a slow process: 31.6 per cent of the Emirati labour force in 2011 consisted of women between 15 and 24 (according to the International Labour Organisation). Our place within the workplace is vitally important for the future of the world’s economy. According to the Women’s Business Council in the UK, ‘£7,750 is the estimated cost of replacing a job-leaver’. That’s a high price to pay for any company.

But is it a hope with an empty promise? We know the biological clock waits for no one. Women are at the peak of their fertility in their 20s. As we age, so too do our eggs. The actual egg freezing cycle itself takes on average 14 days – but there’s no guarantee of success. ‘The success rate of egg freezing is now comparable to that of IVF success’, explains Dr. Copperman. ‘Recent technological advances and improved lab conditions have improved the chance of conception dramatically. If the eggs are retrieved before a woman turns 35, fresh IVF success rates approach 50 percent. Since 90 per cent of the eggs that are frozen ultimately survive, success rates with frozen eggs should not be significantly lower. Ultimately, the success rate depends on the quality of the eggs when they were frozen and the number of eggs. Those candidates with a younger age and high egg yield will of course have the best possible outcome when attempting to conceive with their frozen eggs.’ So – even when you’re at the peak of your fertility in your 20s it’s a procedure to consider, and as with any medically invasive procedure there’s health risks involved.

Is it an attempt at a quick fix for a more complex social, political and cultural issue? Maybe what women really want is for companies to allow them to blend a balance between work and life. It’s a constant battle for many working mothers, so why not listen to them? Today many jobs demand long hours and constant availability from their employees. Anne-Marie Slaughter a high profile political scientist and international lawyer has proposed aligning the work day with the school day – maybe that’s a plausible break through? Whether it’s due to a lack of partner, professional reasons or financial issues, a lot of women are delaying child- bearing until they reach their 30s. Having the option to freeze our eggs is incredible in terms of recognising the evolution of innovative scientific developments – but it’s not a guarantee for having children later in life. The promises and pitfalls of putting your eggs on ice are only a small (possible) solution to a much bigger issue.