Les Mains Hermès is the third launch for Hermès Beauty

In the era of over-sanitising it is to be expected that nails and hands will suffer. And without a moisturised canvas, your manicure will appear lacklustre. Enter: Les Mains Hermès. A collection of hand-care, nail polish and nail-care accessories, Hermès Beauty’s latest launch will take pride of place on your bathroom counter (… and bedside table, desk, and anywhere else you can show it off).

The collection is not only a reminder to practice self-care beyond skincare, but an homage to the hands of the Maison’s skilled artisans. “The hand is the house’s foremost and most favoured tool…‘When my head is confused,’ say the artisans, ‘my hand knows what to do,’” explains Hermès’ director of cultural heritage Menehould de Bazelaire. Pierre-Alexis Dumas, Hermès’ artistic director echoes, “The hand is like the Hermès horse, trusting us and taking us where we want to go.”

The hand cream is formulated with 98 per cent natural ingredients including white mulberry extract – a staple Hermès Beauty ingredient which boasts the effects of hyaluronic acid – and natural moss. The fast-absorbing balm texture not only promises to protect and restore, but nourishes, brightens dark spots and banishes signs of ageing to boot. Notes of sandalwood, rosewater and patchouli make it a spa day in a bottle. When combined with the Vitamin E-rich cuticle oil, nails are pampered and prepped for polish. The only problem? Deciding on a colour. Les Mains Hermès features twenty-four ultra-pigmented shades, a nod to Hermès’ Paris address: 24 Faubourg Saint-Honoré. With its array of colours, rich formulas and luxurious packaging, Les Mains Hermès is MOJEH‘s favourite beauty launch of the season, hands down. Les Mains Hermès is now available in Hermès boutiques nationwide. 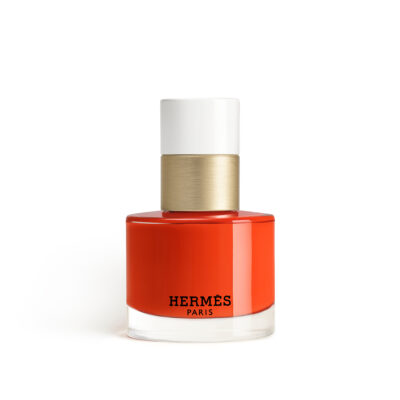 Read Next: The Autumn/Winter 2021 Beauty Report