The Power of Three, the third anniversary campaign for Ounass

Launched in December 2016, luxury e-commerce site Ounass is celebrating its third anniversary. To mark the milestone, the digital platform — which is exclusively within the Middle East— headed to Saudi Arabia’s spectacular sandstone cliffs in Al-Ula to a capture a new campaign that celebrated the growth of both the platform and the region. 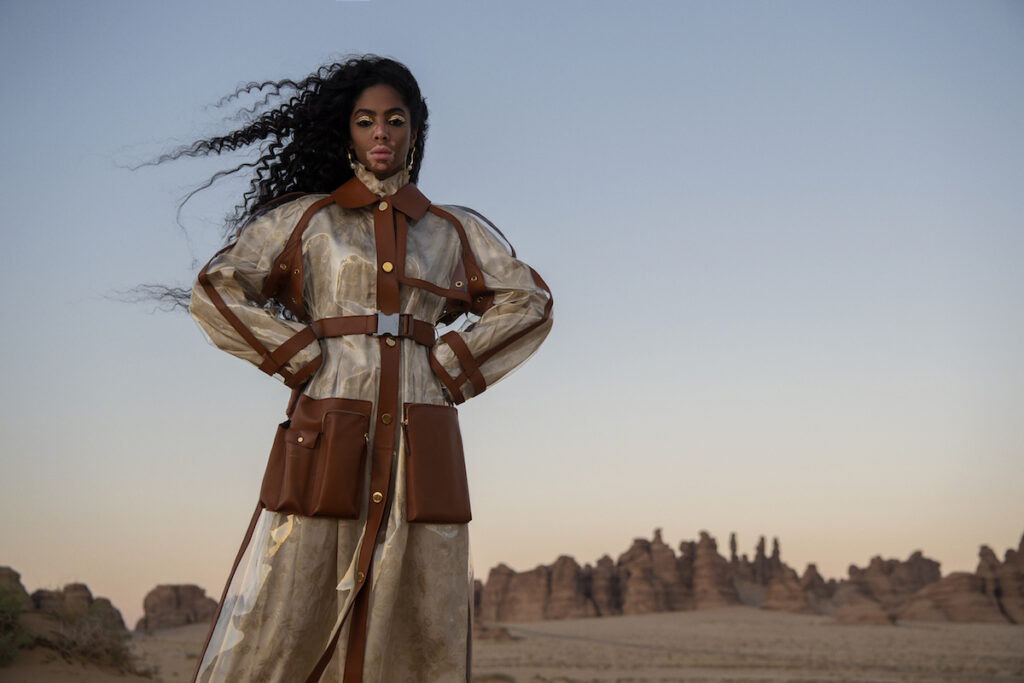 Curating an edit of what inspires them the most, Ounass showcased visionary labels and trailblazing personalities in the campaign, entitled ‘The Power of Three’. Forming a trio of rising regional talent, the platform enlisted the help of Saudi Arabian model Shahad Salman, who was joined by lifestyle influencer Faisal Alghazzawi and Tunisian model Louai Fatmi in a photoshoot that celebrated diversity. 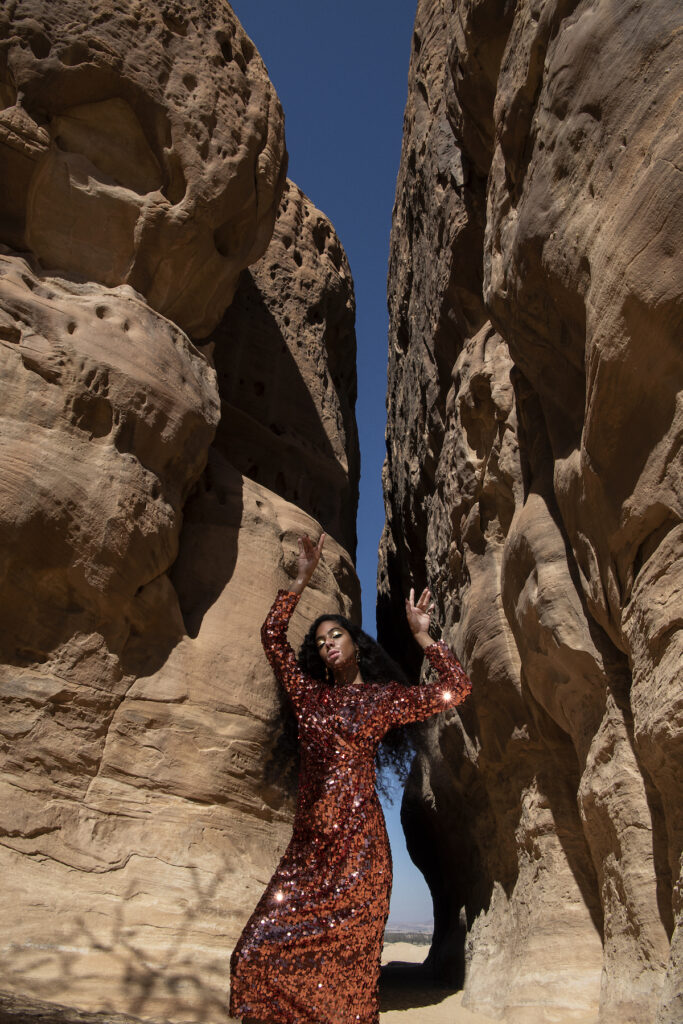 Shahad Salman captured in the sandstone cliffs at Al-Ula

Captured in the break-taking setting of her home country, Salman was styled in a carefully-curated Ounass edit; showcasing luxurious gowns in earthy desert tones, modestly layered silhouettes and shimmering textures that stood strong in the vast landscape. 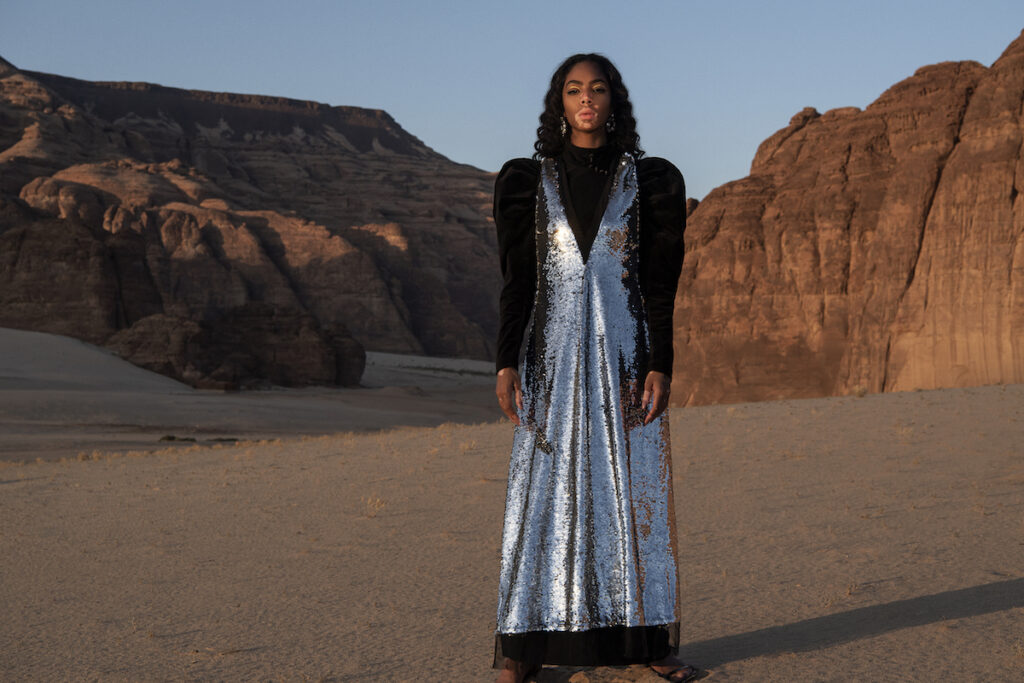 Offering a glimpse into the unknown natural wonders of Arabia, the magical sand dusted scenery is also the same location for Winter at Tantora; a festival taking place in Al-Ula from December 19 to March 7. 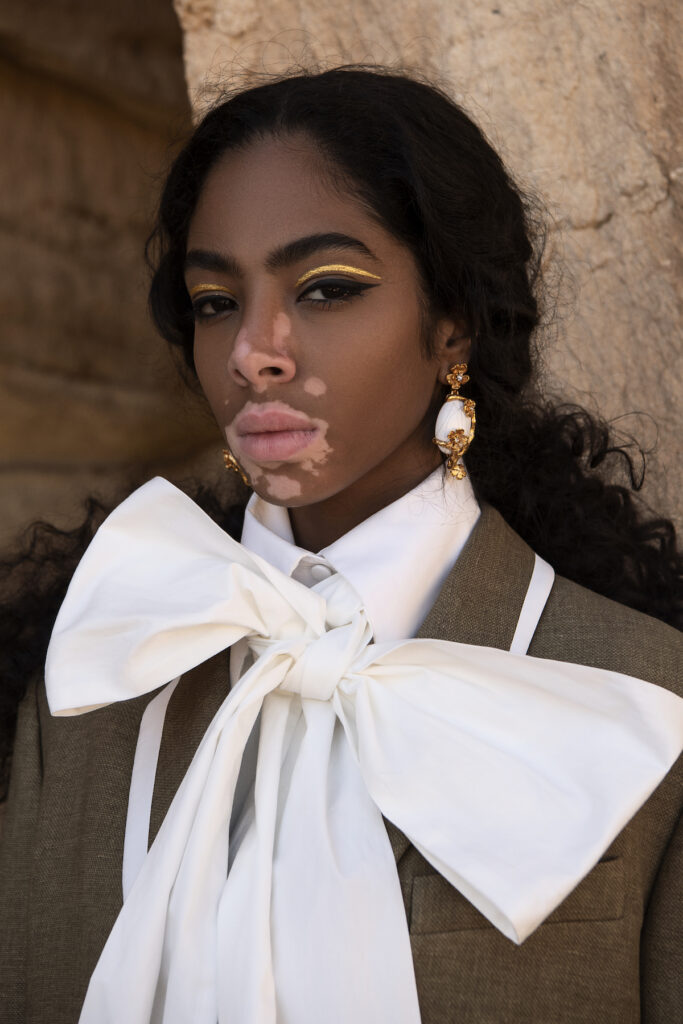 Inspired by the location, Ounass threaded Middle Eastern heritage, craft and design into the commemorative campaign which further supports the region by partnering with three local designers Bil Arabi, Mishmashi, and Shatha Essa. 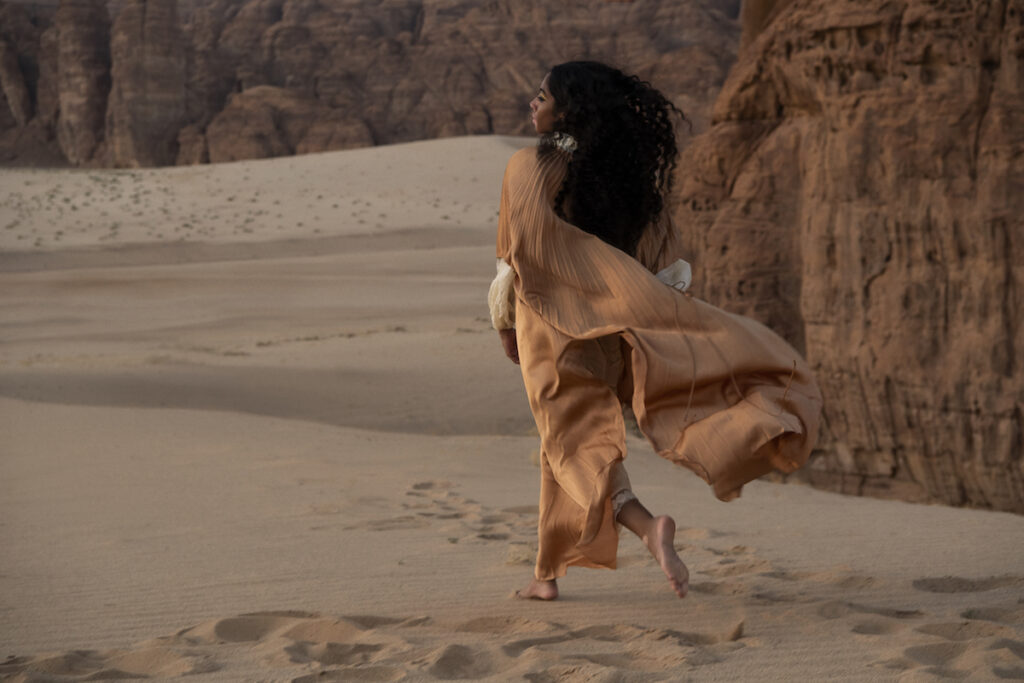 With collaborative pieces that range from homeware to ready-to-wear and accessories, each designer has created something tailored to the Ounass customer that will be sold exclusively on the platform.

Shop must-have pieces from The Power of Three Ounass campaign at Ounass.ae