Lebanese rock climbing enthusiast and co-host of Quest Arabiya's adventure travel show, Pulse of Adventure, Ghida Arnaout has travelled throughout the Middle East and North Africa to showcase the best adventure destinations the region has to offer. Now, the mountaineer has teamed up with BZKIDZ to raise money for underprivileged children in Lebanon by climbing Nepal’s Island Peak. MOJEH.com spoke exclusively to Arnaout to find out how the climb went and what inspired her to take on this challenge.

What is it about BZKIDZ that inspired you to take on this challenge?
BZKIDZ is a foundation based in Lebanon that helps in feeding and educating 150 underprivileged children. No child should ever have to go hungry and it shouldn’t be a reason why they aren’t doing well in school. These children have dreams that I want to help them achieve.

How exactly will the money raised benefit underprivileged children in Lebanon?
The foundation will use this money to hire teachers to help children with their homework after school and to provide healthy food for them. 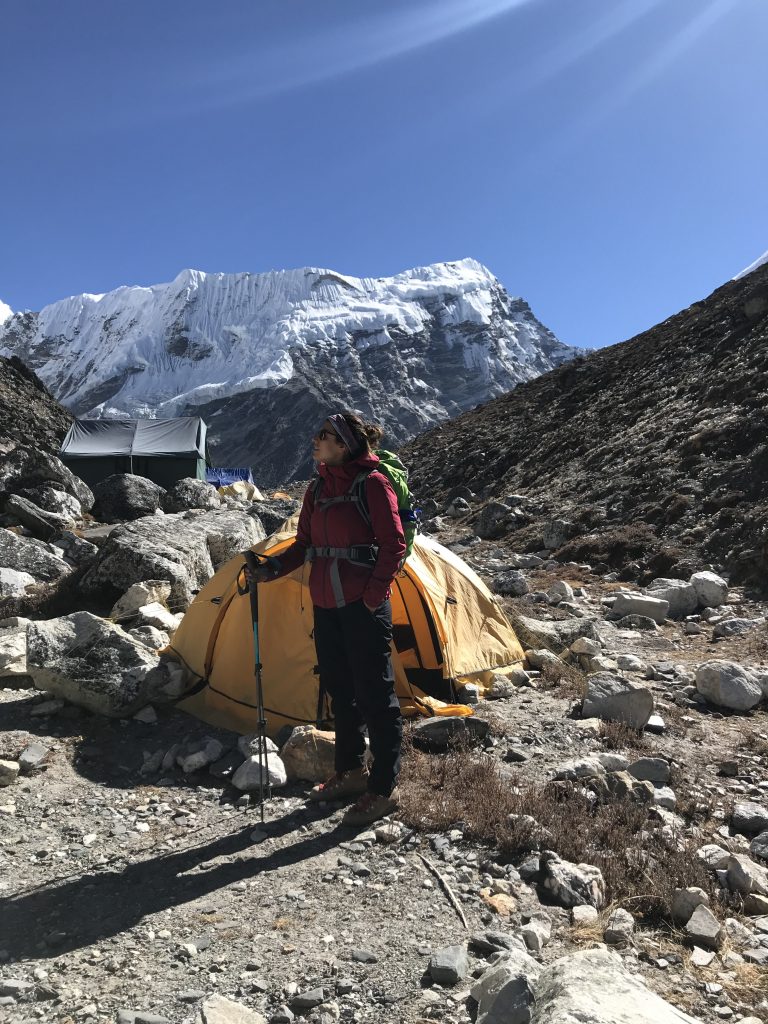 Can you tell us about how the climb went?
I first climbed up to Ama Dablam base camp which stands at 4600m to acclimatise. I left there and continued to Island Peak base camp to attempt to climb the 6189m mountain. I spent three days in the base camp to train and rest, and on the night of the October 23 at 12:30 am, I woke up, put my gear on, had my breakfast and started climbing. Unfortunately, at around 5400m, I became ill with the flu. At this point, I had to make a decision to either continue and physically suffer or to turn back. I chose to turn back.

What was the hardest part?
The hardest part was actually making the decision to turn back. But at that moment, you need to be realistic and listen to your body. Other hard parts of the climb included being alone with just my guide and the cook. I had no connection or service whatsoever.

Your partner Rami Rasamny is also raising funds for BZKIDZ by climbing Ama Dablam, were you been able to keep in touch with him and find out how his ascent was going?
When I was at my base camp I had no connection, so we knew nothing about each other. I had to speak to an agency in Kathmandu to find out how he was going.They were the ones that told me he had reached the summit. 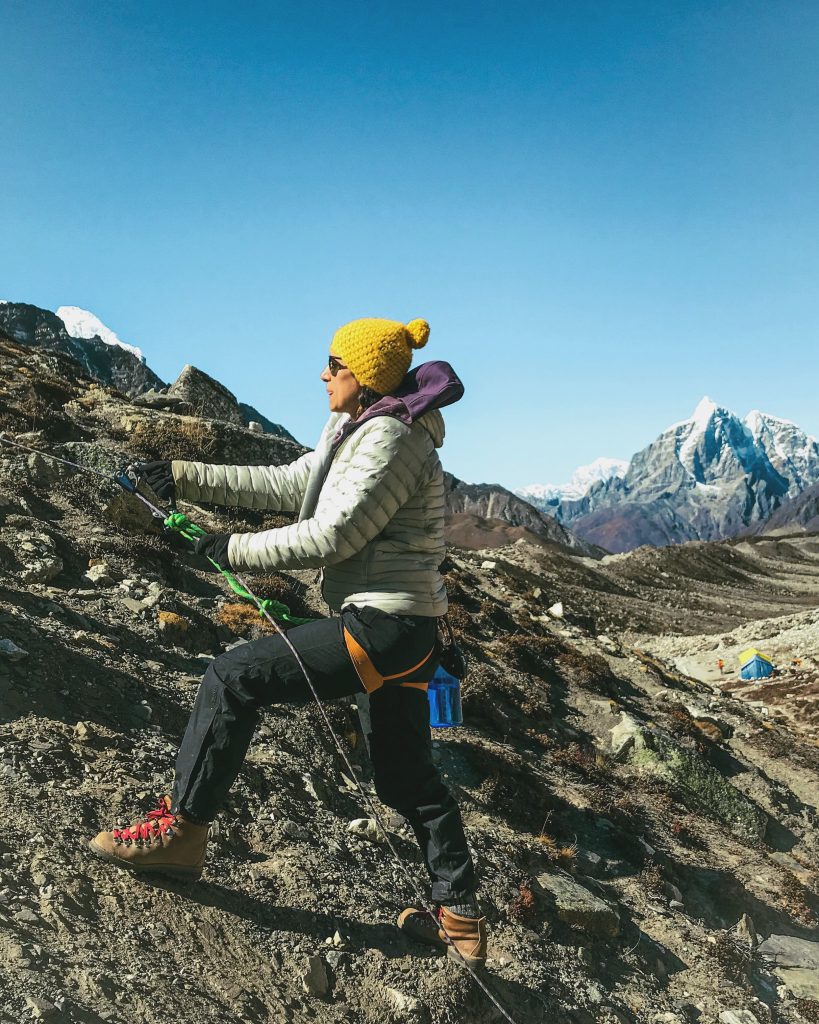 How did you initially get involved in mountaineering?
I had an accident five years ago where I fell and fractured my hip. After a year of not being able to do anything, I had this sudden urge to go out and explore the world. I travelled to Nepal and I fell in love with its mountains. I then started rock climbing and knew that all I want to do was be outdoors. So I focused more on adventure travel and produced an adventure travel show called Pulse of Adventure with Quest Arabiya.

You’ve been on some incredible adventures. Which has been the most memorable?
Definitely the adventures I did on the show. I had to learn how to skydive on my own, I climbed the highest mountain in North Africa and I abseiled down a 140m sinkhole in Lebanon. 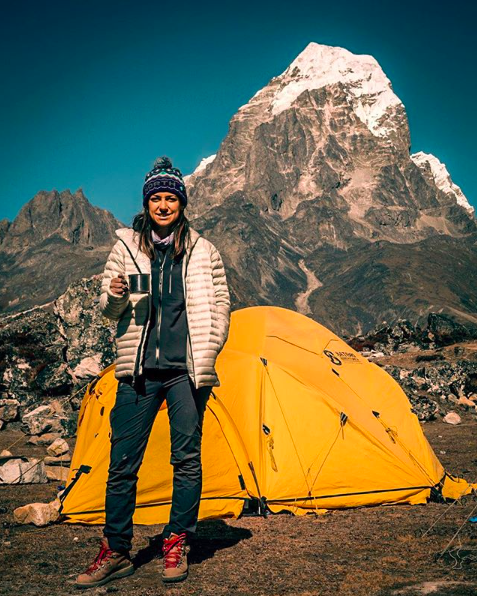