The latest iteration’s of Dior’s Grand Bal timepiece evokes lavish and joyful memories of a 1950s Europe, where parties were unapologetically ostentatious and the likes of Christian Dior and Salvador Dalí sought inspiration from celebration. “The ball gown makes you dream and must make you a dream woman,” said Monsieur Dior…

Growing up in Granville, a city known for its carnival tradition, it’s no surprise that Christian Dior loved a lavish costume ball. It seems fitting, then, that this same inspiration is still alive and well at the Maison today. At the intersection where haute couture meets haute horlogerie are Dior’s Grand Bal watches. 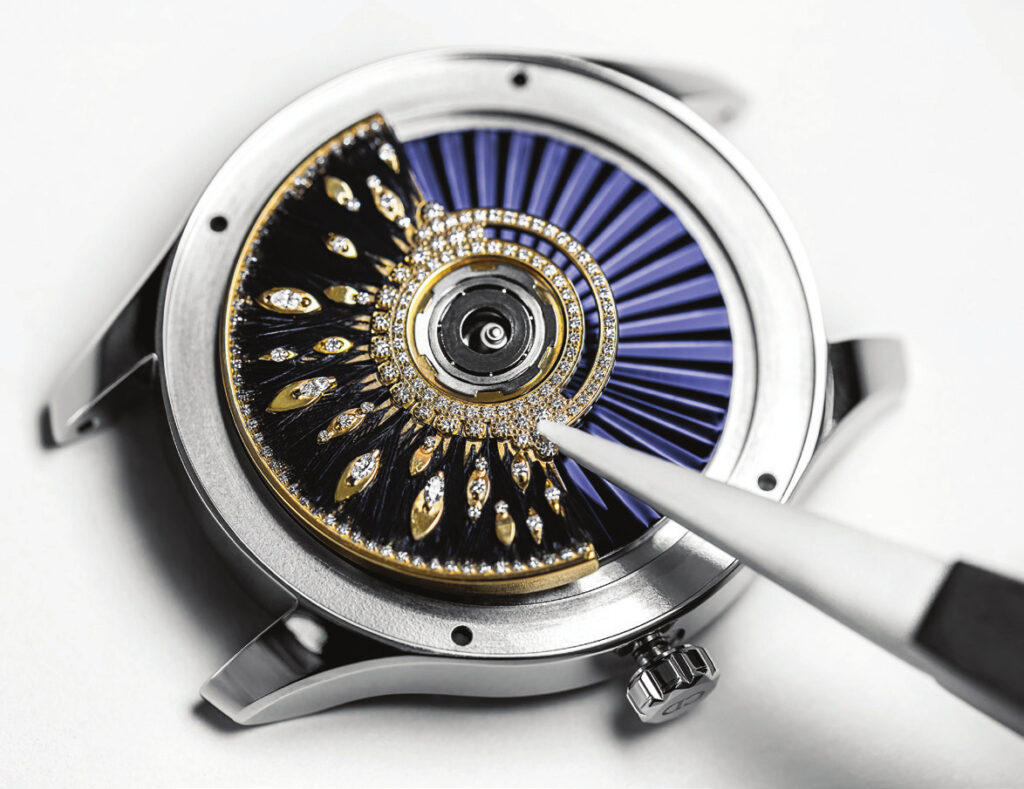 Decorated with black wild feathers, the oscillating weight enlivens the softness of the mother-of-pearl dial in the new 36mm version

Some of the House’s most distinct creations to date, they are renowned for their Inverse Caliber in which the oscillating weight is on the dial side instead of the back. Their beautifully decorated dials are reminiscent of the silk, tulle and taffeta majestically weaved by Dior’s couture ateliers, albeit with slightly different materials, making them magnificently easy on the eye. 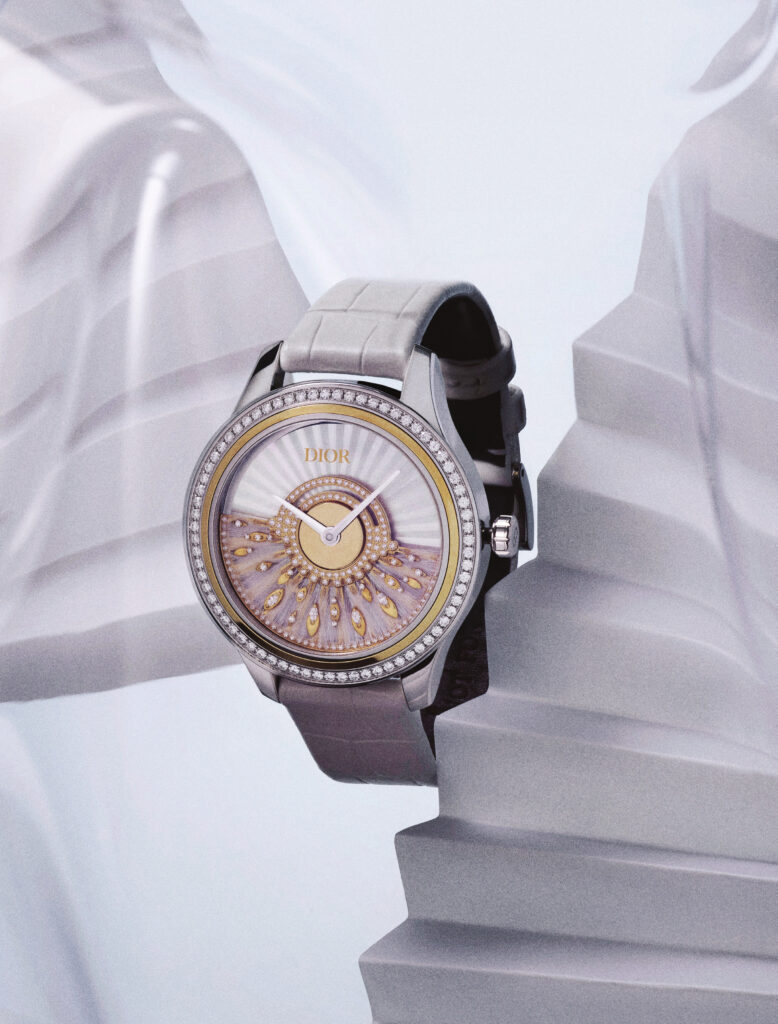 This year, the French House is enchanting us with two new 36mm models decorated with a mix of precious and natural materials, once more evoking the image of the swishing skirts on Dior’s magical ballgowns. In fact, it was the majestic gowns which Monsieur Dior would admire at the extravagant parties he would frequent that inspired the original 38mm Grand Bal timepiece launched in 2011. 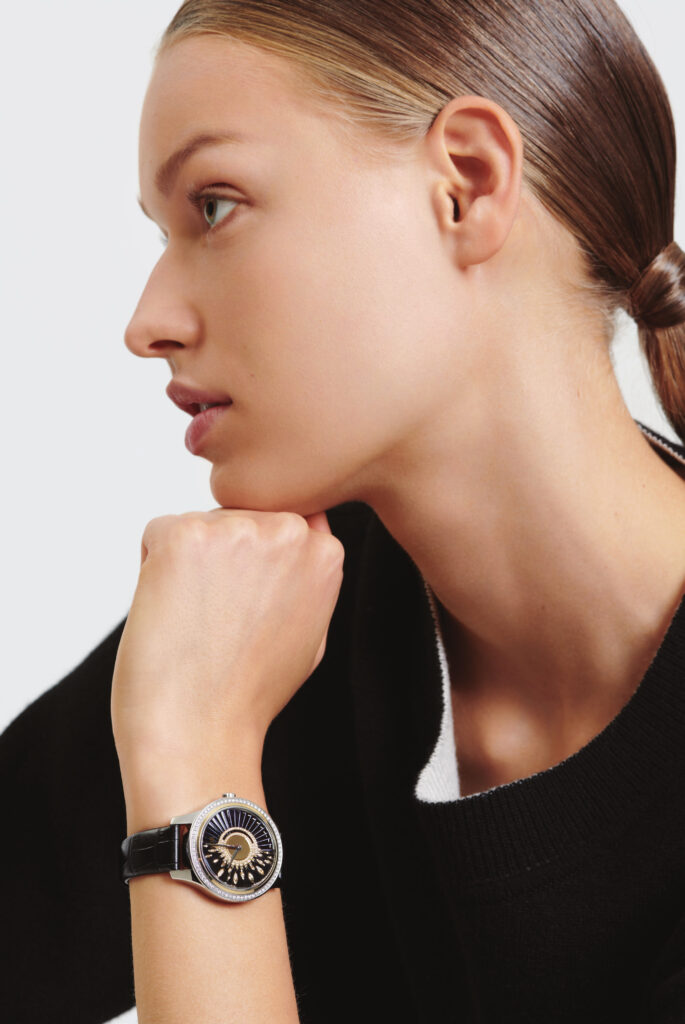 Named the Grand Bal Plume Precieuse, the new collection is characterised by black or white wild feathers, with its swinging weight bringing to life the softness of the iridescent white or black mother-of-pearl dial, which comes exquisitely enhanced by the gold and diamonds set on the bezel. Running in limited editions of just 88 pieces, these rare timepieces are simply another worthy invitation to dream in Dior. Dior.com

Read Next: Gem Dior: Abstract Designs And Rainbow Hues For 2021