More of a statement about how life should be lived than a traditional timepiece, Chopard’s Happy Sport collection continues to make its diamonds dance with innovative new iterations.

What’s the first thing that comes to mind when you think of the luxury Swiss House Chopard? Most likely its the dazzling array of fine jewellery that graces the earlobes and necklines of some of today’s brightest stars. Lesser known is its rich history of fine watchmaking that goes all the way back to the 1800s, when Monsieur Louis-Ulysse Chopard, the son of a Swiss farmer, set up his small handcrafted watchmaking business and ended up with commissions from Russian tsars and the Swiss Railway Company.

Born in 1993 from an idea dreamed up by Chopard’s co-president and artistic director Caroline Scheufele, the Happy Sport collection is a sporty ladies’ watch featuring the unusual association of steel and diamonds. Epitomising the House’s exquisite craftsmanship, it has gained unstoppable momentum since the launch of its first model. Appearing in numerous iterations – from the original pure, classic style with white dial, Roman numerals and minutes track, which was circled by seven mobile, round diamonds, to Happy Beach, with diamond-set flip-flops and Happy Fish with a gem-set clownfish spinning happily between the crystals – the collection is now celebrating its latest milestone with its 2021 launch, Happy Sport the First. 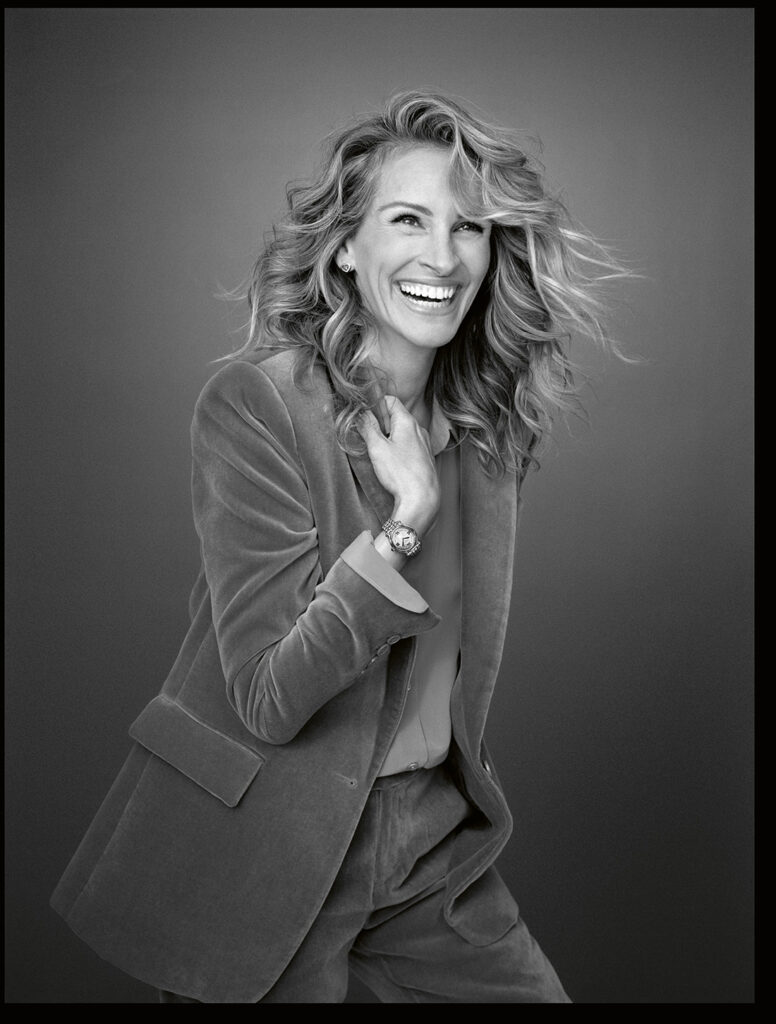 Boasting a 1,993- and a 788-piece limited edition re-release of the model’s very first watch, the collection pays homage to the iconic timepiece with diamonds and a pebble-link bracelet, while adding a major innovation in the form of a new 33mm diameter case in Lucent Steel A221. But more on that later. First, we must go back to 1976, when Chopard designer Ronald Kurowski experienced a moment of inspiration after coming upon a waterfall during a walk in Germany’s Black Forest. Mesmerised by the light reflecting off the water droplets, he set out to find a way to reproduce the effect in jewellery, developing a process that made it possible to have diamonds ‘dancing’ across a watch dial. He set them in gold bezels and placed them between two sapphire crystals, where they could move freely, and the result was the Happy Diamonds watch. His invention even went on to be honoured with the Golden Rose of Baden-Baden, the Oscars of the jewellery world. Dubbed ‘dancing diamonds’, the concept next made its way into Chopard’s haute joaillerie collections before Scheufele finally incorporated them into the Happy Sport watch. “I wanted a watch that I could wear all day long – at the gym, in the office or for a dinner in town,” she said at the time. Now one of the House’s great classics, it has given rise to myriad variations. Be it round, square or oval, in mini or maxi, the sporty Chronograph version or luxe Happy Sport Diamantissimo jewellery model created in 2013 to commemorate the collection’s 20th anniversary, the timepieces span the gamut of tastes and preferences. 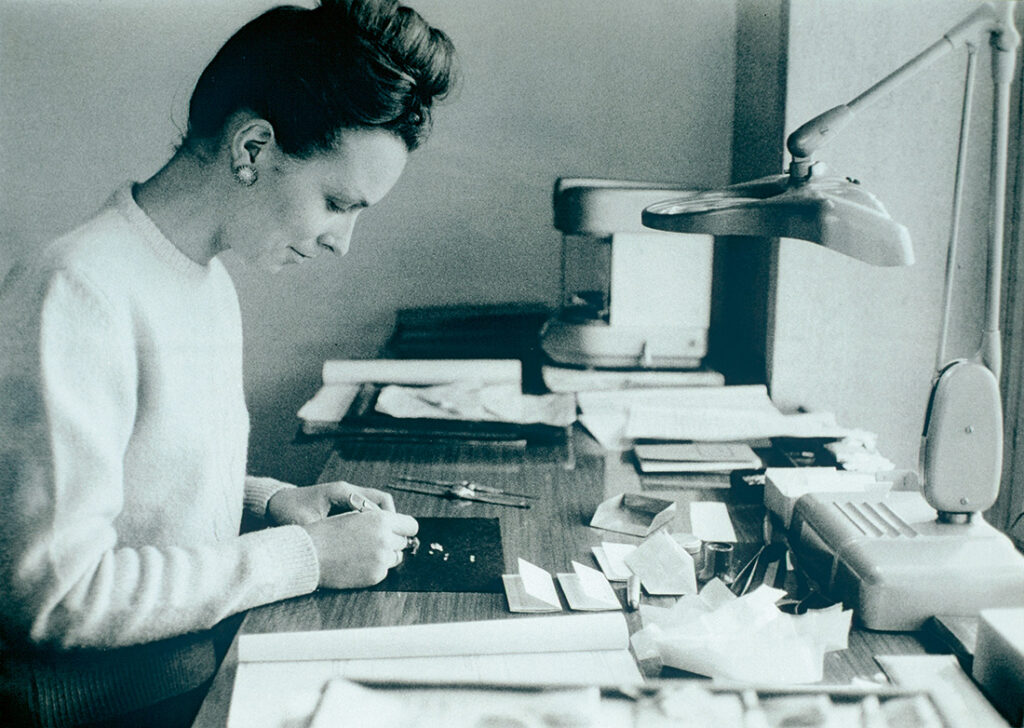 Karin Scheufele in a Chopard workshop in the 1970s

Once more celebrating Chopard’s creativity by playing with materials, shapes, colours and complications, the new Happy Sport the First’s 33mm diameter is known as ‘the golden ratio’ due to it being particularly well suited to the female wrist, with its round case adorned with an understated silver-toned dial punctuated by Roman hour-markers in a shimmering shade of blue, which echoes the five cabochon-cut sapphires set on the lugs and crown of the watch. What’s more, seven dancing diamonds set between two sapphire crystals top the dial, while a second variation is also graced with a diamond-set bezel and a textured mother-of-pearl dial. 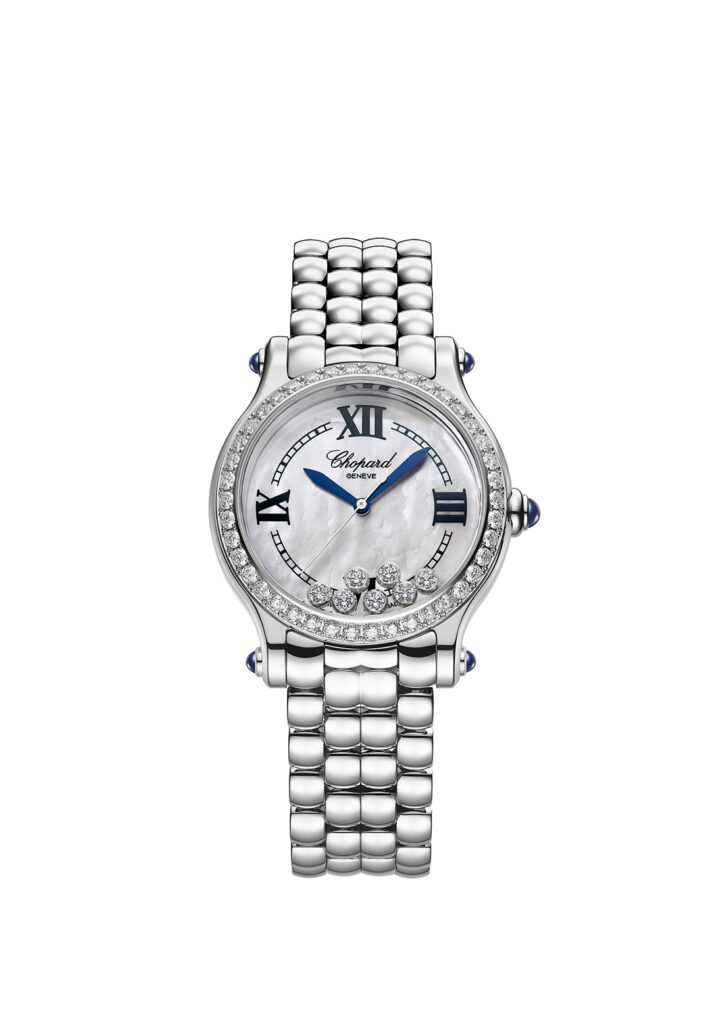 Also new this year, eight new timepieces join the Happy Sport 33mm collection – four two-tone models featuring a Lucent Steel A223 case embellished with ethical 18-carat rose gold; three entirely crafted from ethical 18-carat rose gold, available on a leather strap or metal bracelet; plus one in ethical 18-carat white gold entirely set with diamonds. It is pieces from these two new collections that adorn the wrist of Oscar-winning actress and belle of the box office, Julia Roberts in Chopard’s new Happy Diamonds campaign, shot by photographer Shayne Laverdière and captured in a short film produced by Xavier Dolan. Roberts was an easy choice for Scheufele, who is known for her passion for cinema (Chopard redesigned the trophy for the Palme d’Or, the highest prize awarded at the Cannes Film Festival, in 1998, and has hosted the event’s most exclusive parties ever since). A long-time fan of the House, in 2016 the actress was spotted at the Cannes Film Festival in a high jewellery diamond-set necklace from the jeweller’s Red Carpet collection, which was mounted with a whopping 52.76-carat emerald. 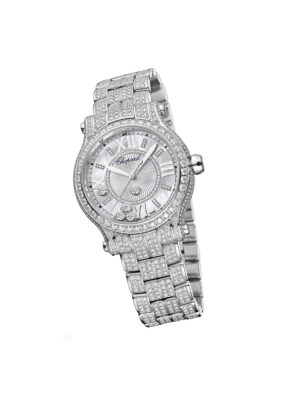 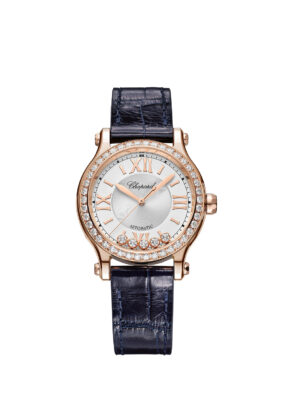 As the Happy Sport continues to spread its free spirit and modernity – qualities Roberts embodies in spades – time will tell how many more iterations Chopard can imagine, but one thing is for sure: its diamonds will continue to dance for generations to come.

From Ronald Kurowski’s dancing diamonds concept through to the hundreds of iterations that the happy sport timepiece has engendered, MOJEH looks back at some of the defining moments of the model that continues to lead the ranks of horological success stories.

1976 Designer Ronald Kurowski creates the Happy Diamonds watch, the first timepiece to feature dancing diamonds, which is awarded the Golden Rose of Baden-Baden – the jewellery industry equivalent of an Oscar.

2003 With Happy Sport Love, the famous mobiles are replaced by dancing letters and hearts to form the word “LOVE”. 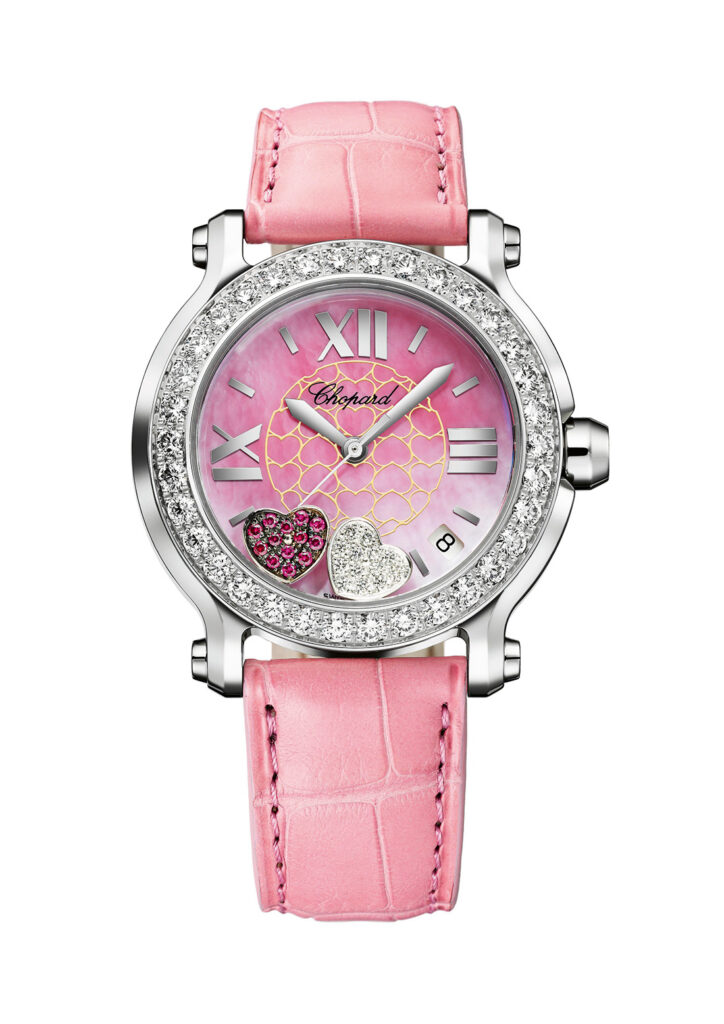 2008 Happy Sport comes in its first chronograph edition with Happy Sport Chrono. That same year, Happy Sport Disco enters the dance with a mirrorball dial and a silvered bracelet.

2013 Twenty years after its creation, the collection welcomes the Happy Sport Diamantissimo, set with 65 carats of diamonds.

2014 The first tourbillon is added to the collection with the Happy Sport Tourbillon Joaillerie. 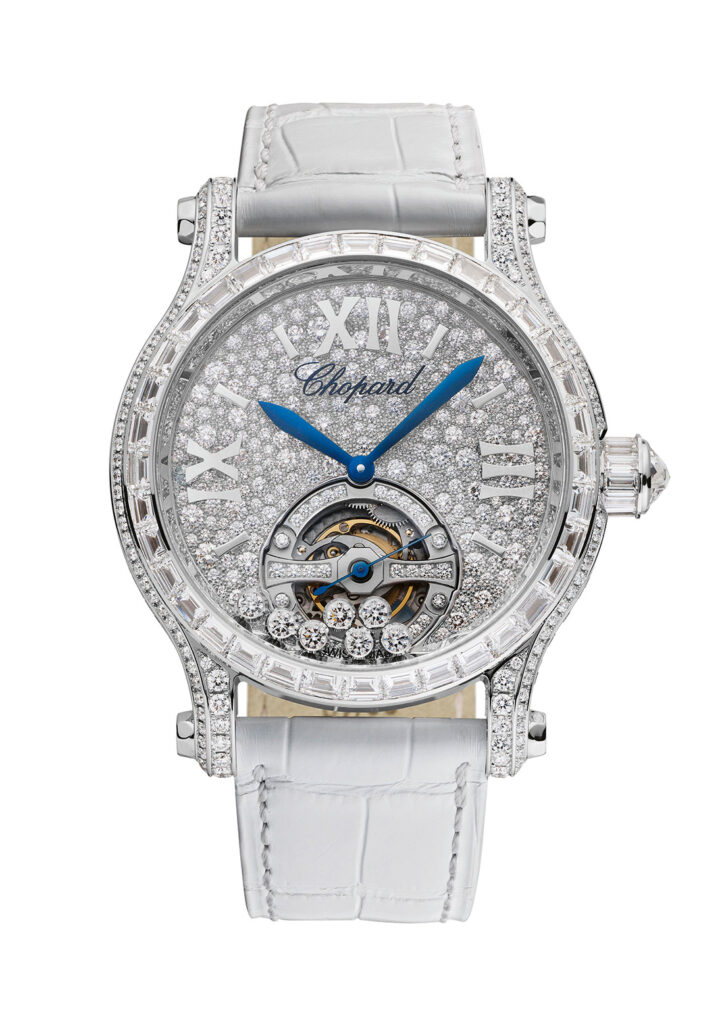 2018 As Chopard commits to 100% ethical gold in 2018, Happy Palm Métiers d’art is the first Happy Sport watch crafted from this material.

2021 The rebirth on an icon with the Happy Sport the First, designed in a new 33mm case and equipped with an in-house automatic movement. Explore the collection