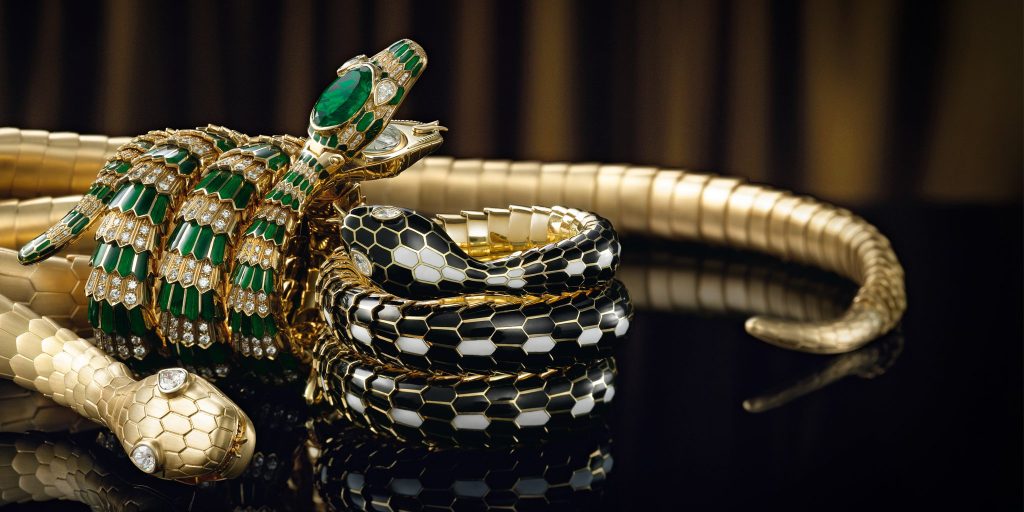 For any fine jewellery connoisseur, the name Bulgari equates to coloured jewels, full-bodied time-pieces and maze-like mixes of diamonds and gold. But above all else, it is the image of the Serpenti that springs to ming. ‘It’s a part of the Bulgari heritage as much as the Serpenti has been an iconic symbol used throughout history. The serpent is a symbol of passion, of elegance and fluid movement,’ says Lucia Silvestri, director of Bulgari’s jewellery creation and gem buying.

‘It has been an important icon since the beginning of Egyptian arts and crafts and it is the quintessential inspiration for many of our most famous pieces.’ First imagined by the brand in the 1940s, the Serpenti, whether set in necklace form with subtle white diamonds or created as a bracelet in a kaleidoscope of flamboyant coloured jewels, has long stood as a favoured possession of women everywhere. ‘For Bulgari, the Serpenti Collection manifests one of the most celebrated icons of the brand’s creativity’, wrote Nicola Bulgari in Assouline’s 2013 BVlgari book. 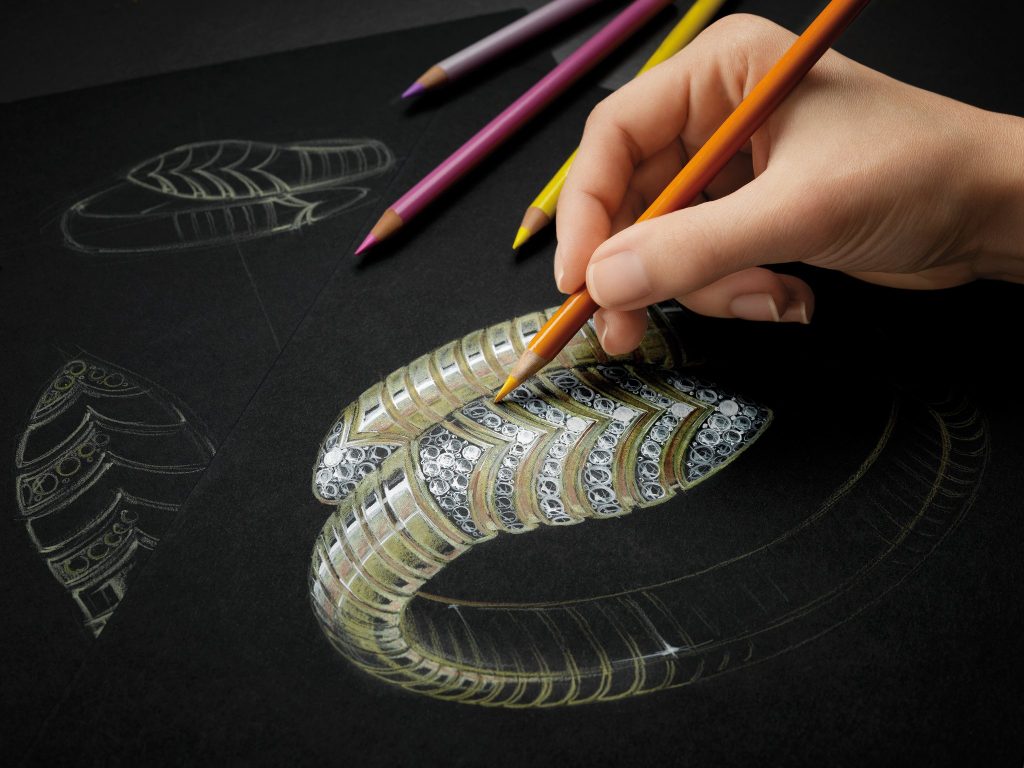 Italian jeweller Sotirio Bulgari first set up what was initially a silverware shop in the late 1800s in Rome. In 1905 he changed the house’s focus to jewellery and one of the world’s most valued high-end brands was born. After their father’s death in 1932, Sotirio’s son’s Giorgio and Constantino took the original benchmarks set by their father – craftsmanship, innovation and bold art-deco designs – and broke past the walls of Rome. Giorgio searched the globe for the brightest and most vivacious stones to complement their designs and it was in the 1940s that finally, the world was introduced to what would quickly become a symbol of luxury and taste, the Serpenti.

Known as Retro in mode, even back then the insignia was appreciated as an expression of modernity and revolution in design. The Tubogas technique – the name given to a gold chain made from strips interlocking tightly together forming a flexible tube – was made unique by the brothers who used it to create the snake’s winding body, placing a watch inside the Serpenti’s mouth or using it to show off a simple jewelled motif. 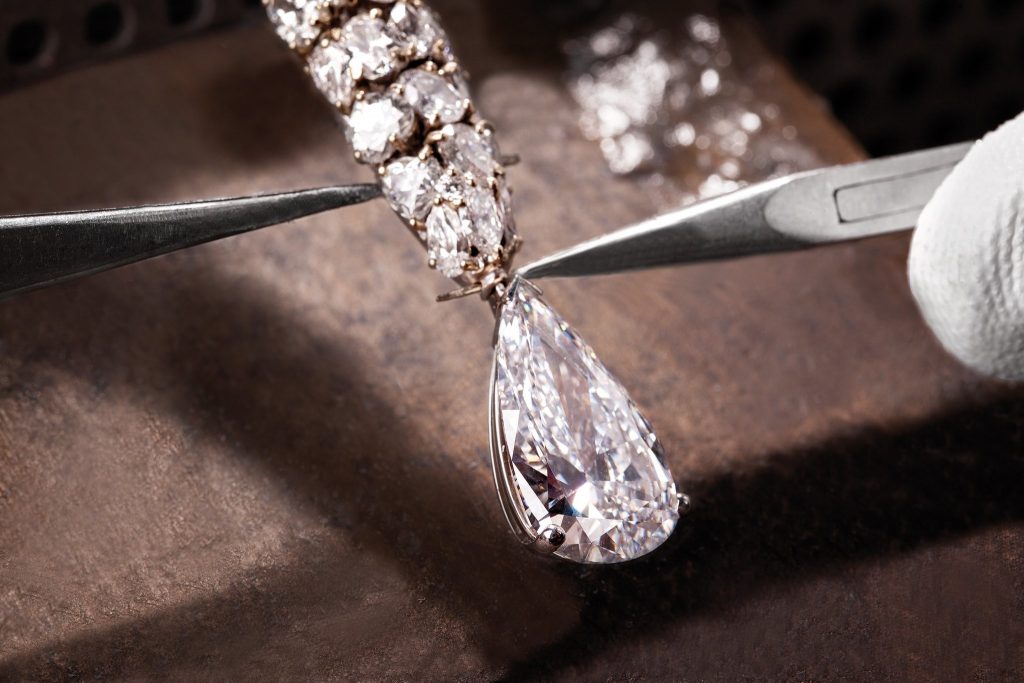 ‘The Serpenti is what is most recognizable for all of us. We like to reinvent and recreate pieces around it. It’s a symbol of our heritage, and each new life we give it, the result can be very different,’ continues Silvestri. ‘However, it is challenging to offer it as a symbolic path through our point of view, but each time we try and move it in a new direction, or centre it in a new motif.’ Where other houses may rely on a simple, unfussy emblem to represent themselves, from 1940 to today, the team at Bulgari have endeavoured to continually reimagine their beloved Serpenti – each time the creature sheds its skin and takes on a different form, new life is breathed into the house. This is illustrated by a long line of women who have exhibited numerous versions throughout the last 80 years.

While filming Cleopatra in 1962, Elizabeth Taylor wore a gold watch-bracelet made with round and marquise diamonds which were set in platinum on the head and tail of a snake, eyes sparkling with emeralds. The piece, which was well ahead of its time, marked the start of a glamorous love affair between Taylor and the jewellery house. ‘The only Italian Elizabeth knows is Bulgari,’ Richard Burton once famously quipped. A few years later in 1968 Italian model Benedetta Barzini was photographed with black and white enamelled bracelets wrapped seductively around her neck and entwined through her deep brown locks. More recently the musician Florence Welsh submersed herself in a striking garden filled with Serpenti jewels for her 2012 music video Spectrum, directed by David La Chapelle. The song lyrics, ‘when we first came here, we were cold and we were clear, with no colours in our skin, ‘til we let the spectrum in,’ could not have better suited a brand who’s colour work is unparalleled by any other. 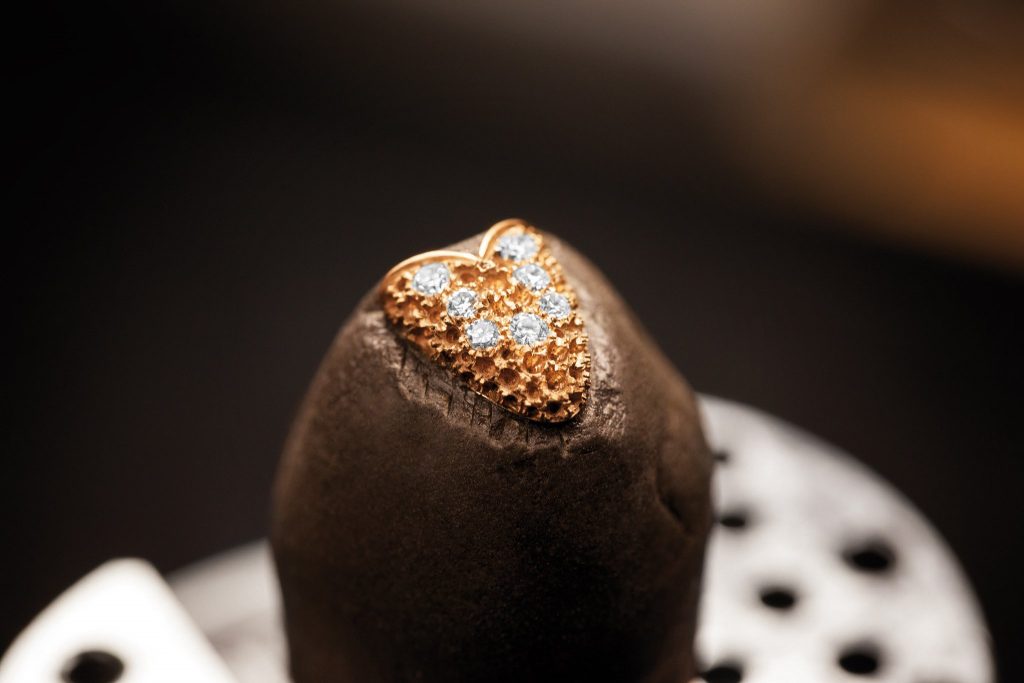 Then earlier this year, actress Naomi Watts – more often know for her understated, modest elegance – set the style scene alight wearing a backward diamond paved 75k necklace to celebrate 130 years of Bulgari. ‘Obviously we have a long and important work and study in progress behind every final product. What we want to provide is a balance and mixture of our classic iconic symbols, yet reviewed and re-envisioned with a modern twist. It’s a long and arduous process at times, but we strive to achieve something new and precious with each new piece,’ says Silvestri.

What makes a Serpenti most impressive is the design team’s talent for mixing and overlaying bold jewels all rich in colour. At times, pieces combine Cabochon jade with gold, ruby and diamonds while at others a turquoise and white enamel bracelet forms the body of the Serpenti, whose eyes shine bright with sapphires. When described on paper these combinations might seem garish but in life each piece is a superb, spirited and powerful vision of beauty. ‘With each Serpenti, there is the combination of pure white gold and the transparency of diamonds for a shocking and vibrant alternation of colours. We wanted to enhance and present the idea of organic movement, the elegant path and smooth feel of the snake as it wraps it’s beauty around the entire piece,’ explains Silvestri. Each has a white gold spring inside the body and the apparatus’s flexibility allows it to gently cling to the wrist for a perfect fit. Scales are formed from overlapping gold bands or tapered gold pentagons and even the eyes and tongues aren’t overlooked, created from minute jewel or diamond arrangements. 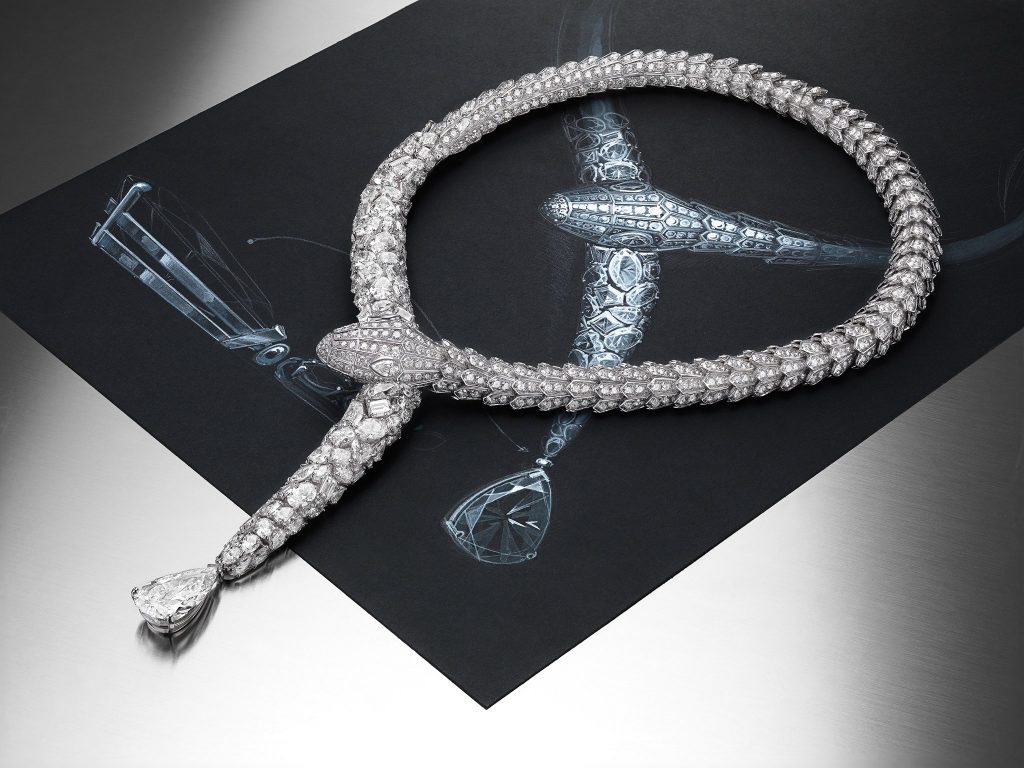 In technique, the Serpenti continually marks the savoir-faire and expertise of the Bulgari team in fine-jewellery making, but its tale doesn’t end there. Taking its subtle and tempting nature, the house has used the emblem across accessory lines from handbags and sunglasses to belts. Snakes heads and scales are used as either bag clasps, the arms of sunglasses or frames to handbags made from alligator or crocodile skin. ‘An emblem of wisdom, eternity, and strength, the snake is a powerful symbol transcending several cultural boundaries…this fascinating figure exemplifies numerous values that lie at the core of the relationship between mankind and the transcendental,’ offers Nicola Bulgari.

Five Jewellery Sets That Make For The Perfect Gift