What to Expect From MOJEH’s April Issue

Featuring a plethora of strong, empowered women along with photoshoots from Dior and Louis Vuitton and exclusive interviews with the likes of Edgardo Osorio, MOJEH’s April Issue, Influential, redefines what the word really means in 2018

A letter from the editor, Mojeh Izadpanah

What does it mean to be influential today? Who and what are we influenced by? These questions have cropped up time and again around the MOJEH office, so we decided to dedicate an issue to who we find influential, essentially redefining what an influencer is, in our eyes at least. The term itself has become closely affiliated with that of the social media star, she with thousands of followers and plenty of style, but with today’s focus being on activism and female empowerment, we are championing the women that are using their knowledge, following and social standing to provide a positive message, whether that be body confidence, environmental campaigning, or simply excelling at what they do and supporting other women to succeed the same way.

In The Future Is Female on page 70, features editor Annie Darling interviews 37 of the region’s most impressive women. From the inspirational sportswomen Dareen Barbar, who lost her leg to bone cancer at the age of 15, and Raha Moharrak, the first Saudi female, and youngest-ever Arab to conquer Everest, to the incredible activist voices of Elissa Freiha, Zeina Abou Chaaban and Audrey Tcherkoff who are all playing important roles in campaigning for social and environmental change. This 22-page feature is the core of this issue and I hope you take the time to read and be inspired by each one of their stories as I have been.

Throughout the rest of the magazine, every person, from Adwoa Aboah to Afef Jnifen, to the beauty, fashion and the fragrances, have all been carefully chosen to represent what we find influential, and I am sure you will love it.

I hope the issue can inspire you to be the purveyor of your own positive message, and in Ghandi’s words, “Be the change you wish to see in the world.”

See just a few of the issue’s highlights in the gallery. 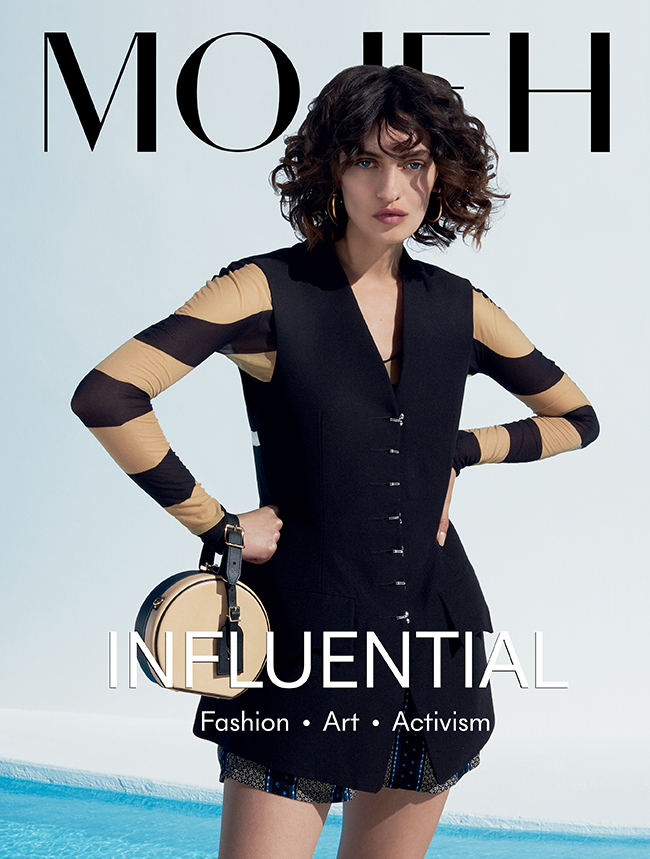