“With each year that passes, it feels like time slips away faster and faster, and I’m becoming more time-poor. So I actually love the fashion ‘hard markers’ of February/ March and September/October, just to have a chance to stop and re-focus,” says Frame Publicity’s Canadian founder, Rani Ilmi.

With a 15-year career in luxury fashion that’s taken her from Dubai to New York and back again, representing everyone from Versace and Victoria Beckham to Matches Fashion and Maria Tash, PR Director Rani gets to be up-close-and-personal with the most established names in the business, as well as being introduced to fashion’s hottest up-and-coming talent.

“Working in fashion makes it a lot more challenging to be loyal to just one or two particular houses, because I love discovering new brands. It makes me feel like a fashion explorer,” says Rani of her diverse array of sartorial favourites.

Currently coveting New York- based labels Peter Do and The Frankie Shop, the 34-year- old’s go-to uniform of bright colour and print, or something utilitarian, perfectly aligns with each of the designer’s new season collections.

“For more formalwear, I really love Peter Do. Phoebe Philo was his creative mentor during his time at Celine, and her influence is so evident in his work. But I also feel like his pieces have a dash of Dion Lee in them – another favourite of mine for formalwear. He designs with a modern, feminine sensibility in mind, and I think what he’s doing with his convertible pieces is super-exciting.”

Admitting she’s already invested in two of The Frankie Shop’s cult Linda cargo jumpsuits after seeing them on the catwalk back in February, Rani explains that impulse buying is simply not her thing, choosing to have a more methodical approach to updating her wardrobe each season. 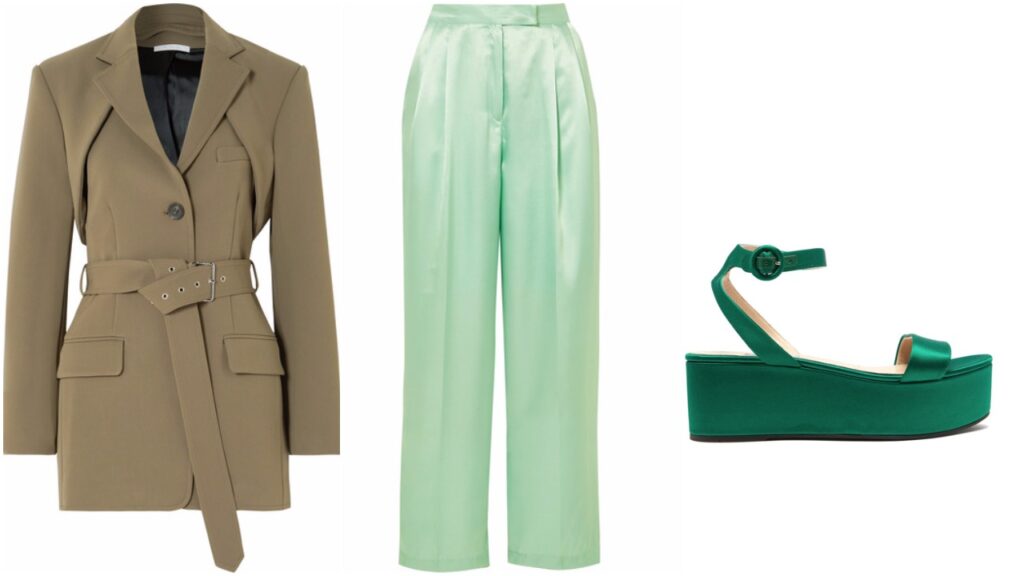 “In my thirties, I’ve become an investment piece shopper. Everything I buy has been pre-planned and pre-ordered in two sizes to ensure I keep at least one of them when they arrive,” she smiles.

“I try and set a budget, but my newly-discovered appetite for ne jewellery is sure to have a major impact upon whether or not I stick to it!”

Spending on items with style longevity over trend-lead pieces, Rani’s aversion to splurging on fast fashion dovetails with her opinion on environmental issues. “I don’t think the current state of the planet will let anyone with a moral compass shop without considering fashion sustainability,” explains Rani.

“As a fashion PR, you see clothes at shows almost a year in advance, then communicate trends a season ahead, so you’re often totally over a trend by the time it drops in store. Consumerism makes people emotionally dependent upon the thrill of a new purchase. But with fast fashion and social media saturation making the life span of a trend little more than eight weeks, how can you buy into something like that with a clear social conscience?”