For the opening of New York Fashion Week SS19, Tom Ford showcased a collection that was both romantic and hard-edged, explaining in show notes that he wanted “to make men and women feel more beautiful and to empower them with a feeling of confidence.” 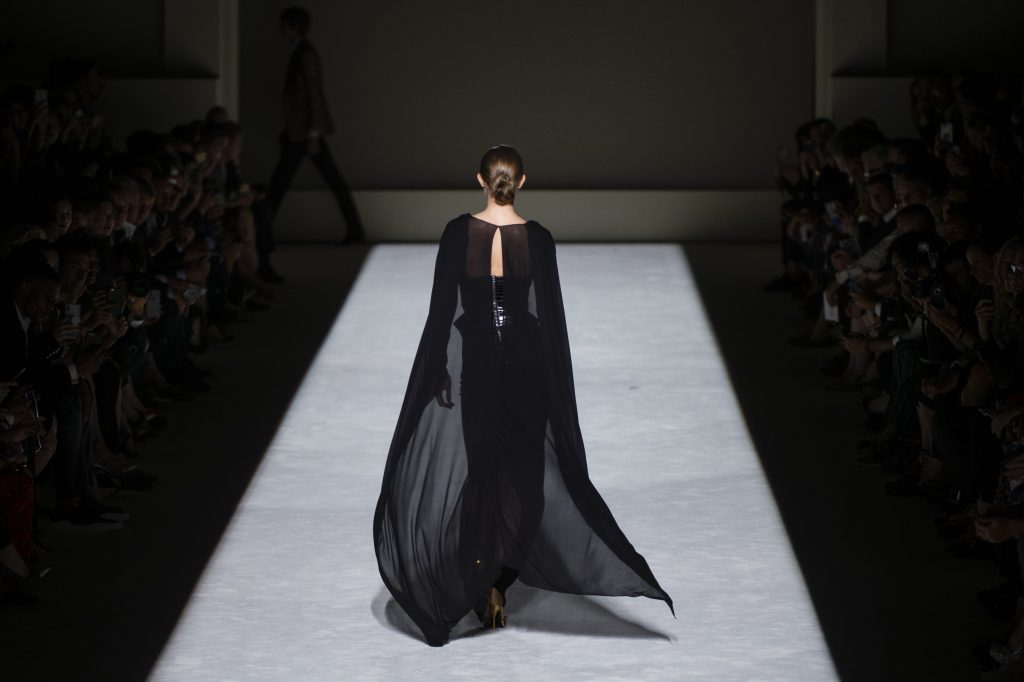 Ford made use of neutrals, powder blue, blush pink and a touch of lilac with plenty of leather and lace added to the mix. There was an abundance of black, including a dreamy caped dress worn by Gigi Hadid, as well as an animal print plunging halter teamed with a matching biker jacket worn by Joan Smalls. Kaia Gerber was one of many models that donned a headscarf in varying pastel hues. As for the men, there was plenty of metallic tuxedo jackets, some with varying animal prints, trench coats, and an oversized man bag that we want for ourselves.

Seven Books Kaia Gerber Has Convinced Us To Read