Thomas Tait and The Young Ones

Thomas Tait is charting his own course in a fashion industry that is operating at breakneck speed. We talk with the young, London-based designer about stepping into the spotlight, his trademark experimentalism and how he is making 2016 count.

There are few designers who sum up the artistic verve of the London collections quite so well as Canadian- born Thomas Tait, with his uncompromising vision, impeccable construction and engagingly off-kilter lines. His clothes might be as close as we get to avant-garde in a season of restrained polish, and he’s certainly well on his way to building a serious brand based on the kind of enigmatic, unquantifiable chemistry that revitalises our fashion palates every so often. It’s instinct rather than structured inspiration that fuels Tait’s creations, and it comes as no surprise that he is reluctant to anchor himself to any single definition. “I don’t necessarily feel that comfortable saying ‘I’m an avant-garde designer!’, because I think that in comparison to a lot of what’s going on right now in fashion, not-so-avant-garde things might look avant-garde. But, I always like the mystery of what I do… I think when there’s curiosity, and you’re doing something you don’t necessarily have the answers for, it naturally feels somewhat modern and results in something that people could identify as avant-garde.”

Labels aside, Tait certainly hasn’t bowed to the mainstream since emerging as the youngest designer to graduate from Central St Martins’ womenswear MA in 2010. Yet, there is no conscious effort to exclude from this cerebral and down-to-earth designer. Calfskin A-line skirts, delicately portholed jeans and ribbed roll- necks offer accessible, retail-ready notes in a cosmic spring/summer 2016 collection that is rounded out with origami leather tunics and a workman heavy, stiff-fronted jumpsuit. “It isn’t necessarily a conscious effort to be confusing or try and challenge people,” he says. “I definitely like to create a certain amount of disruption in how I do things and how things feel. I like it when things are somewhat surprising, especially physically. I understand that not everybody will attach themselves so immediately to what I do, and I think there’s something nice about that. I’m kind of scared by the idea of creating a bit of a monster of a brand that is so commercially available and fuelled by being generally interesting to the mass market, because that’s a big mouth to feed.” 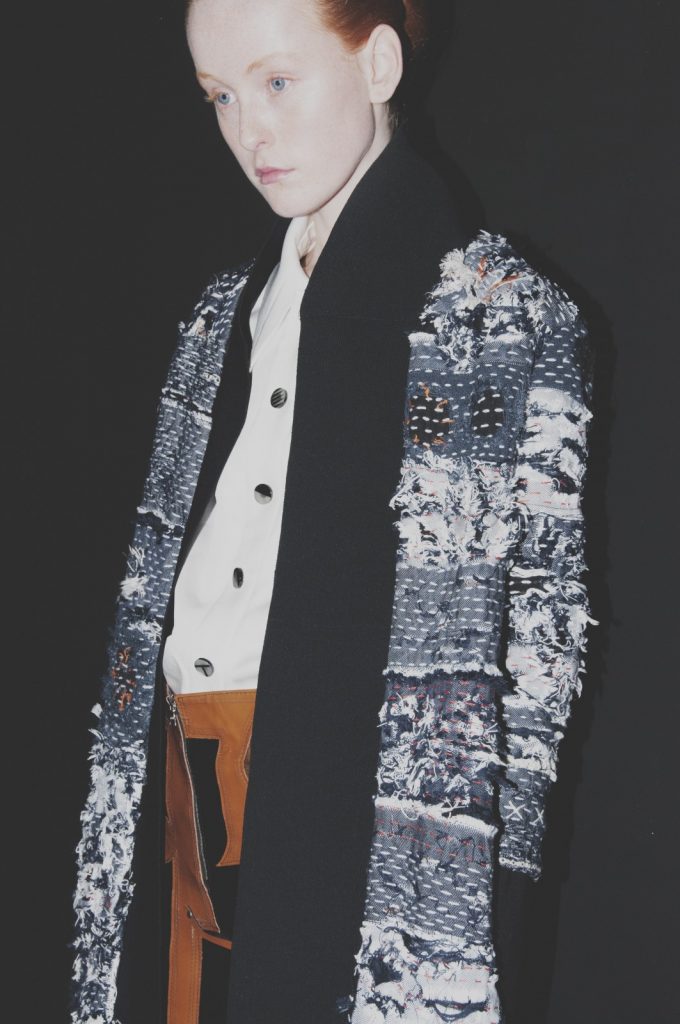 A challenge to satiate the monster maybe, but it’s not an insurmountable one for Tait, who is already firmly on the radar of commercial giant LVMH. Winning the conglomerate’s inaugural Young Fashion Designer prize in 2014 meant a cash injection of $300,000 and a year’s coaching from the group: A timely triumph for the designer, who at that time employed just one person full-time and had never received sponsorship for a fashion week show. “I started my business with no capital at all really and not much of a clue as to how to go about doing it. So, there were a lot of growing pains,” he reflects.

“There was a need for money in all areas of what I was doing, so I wasn’t necessarily taking all of those eggs and putting them in one basket – like we’re going to take the LVMH money and put it all into the next fashion show or put it all into a bag range – it was very much about helping the team internally and growing the company a little bit. It felt very transparent and I wasn’t put under pressure to be specific with the prize.” His insider status was cemented further late last year, with a win at the British Fashion Awards where, third time lucky, Tait picked up Emerging Womenswear Designer. Likewise, his inclusion in the Swarovski Collective for s/s16 (alongside Emilia Wickstead, David Koma and Esteban Cortázar, among others), the crystals shining in subverted constellations across patent leather skirts and sheer trousers, in a way that gelled with Tait’s narrative when it might have jarred. 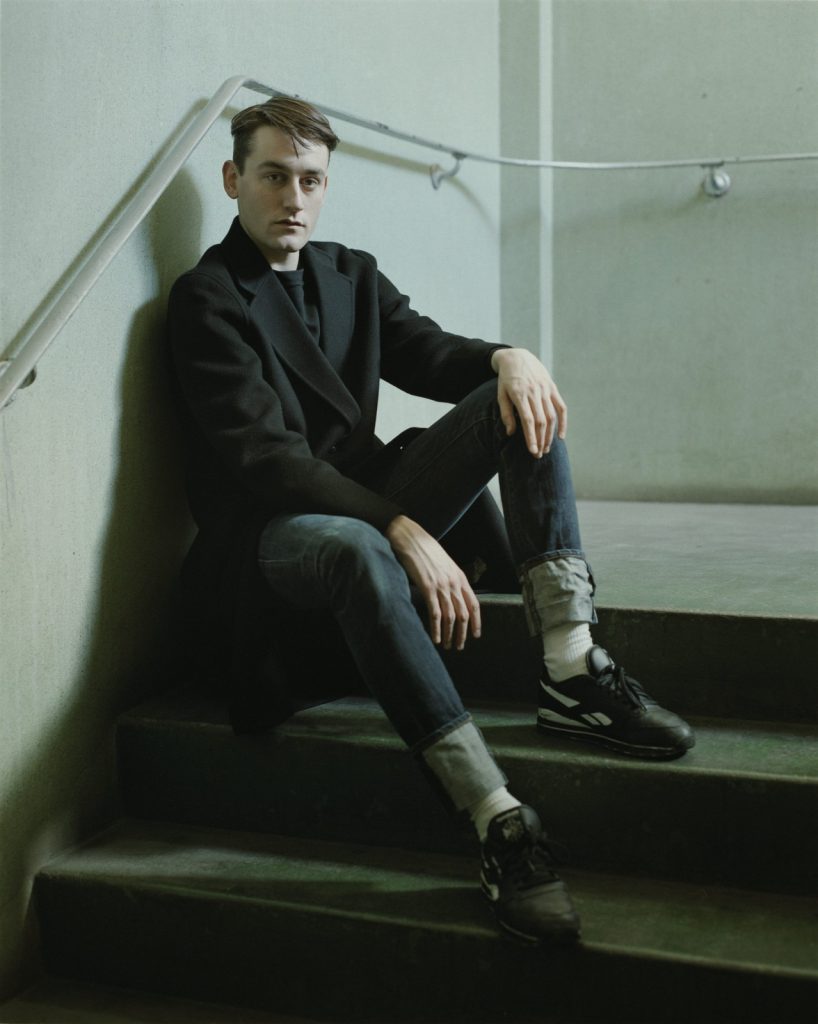 High-profile supporters or not, Tait forges his own path, and the day before we speak he announces his decision not to stage his a/w16 collection on the runway, but instead in the form of one-on-one appointments during Paris Fashion Week. “It was the result of quite a lot of thinking, specifically in the last three of four seasons,” he says. “I’ve really questioned whether I’m doing a show because it’s something I really want to do, and if that was fulfilling my needs and my personal interests.” In a world in which established designers like Raf Simons and Alber Elbaz have taken a (permanent) step back from the frenetic pace of producing more than six collections a year, Tom Ford has presented his s/s16 collection in the form of a music video, and labels such as Thakoon and Rebecca Minkoff are restructuring around a ‘show now, buy now’ model, Tait’s move marks a growing shift away from the spectacle of a seasonal runway show and towards something more personal.

“I think I had a big light bulb moment when I did the Pitti Immagine Uomo exhibition in June. The way we presented the selection of pieces was structured so that people felt comfortable interacting with the pieces and openly discussing their reactions. It really did create something that felt far more inclusive.” It’s certainly a model that makes sense for the thoughtful designer, who has a genuine desire to engage personally with press, buyers and consumers alike. “I feel like there are so many times I leave the fashion show and don’t necessarily think that I’ve given the collection the opportunity to be seen fully. I feel like half the time, I leave people scratching their heads a little bit. Very few people have the time to come backstage and look at the clothes and speak to me, and even then, I usually haven’t slept in a couple of days and I’m not in my best form. At times, I walk away from the show and feel to a certain extent that it is a missed opportunity.” 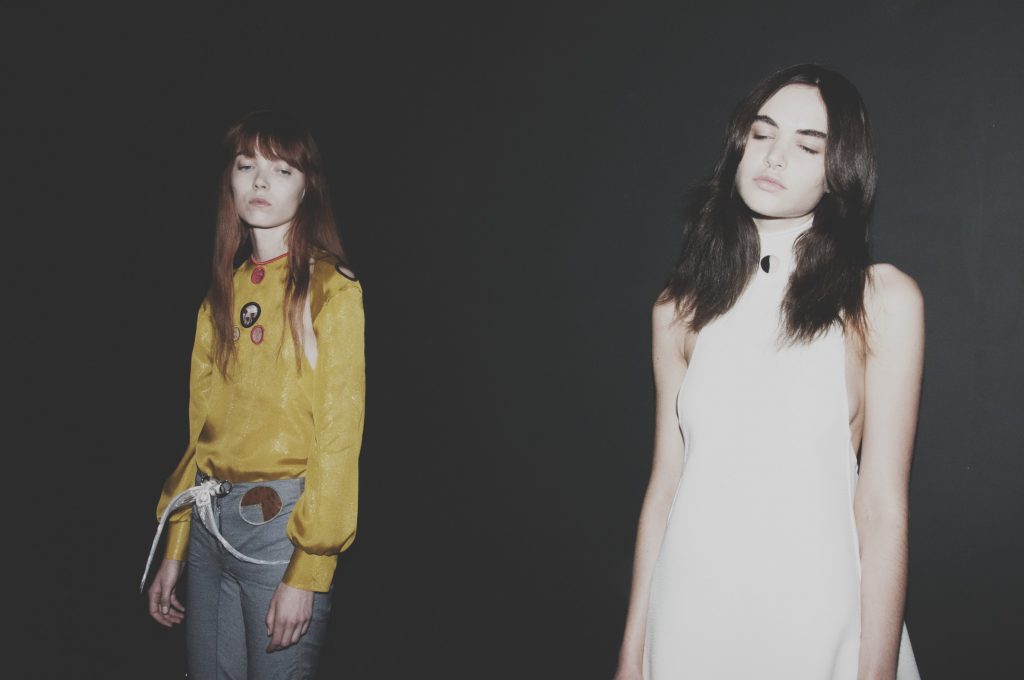 A brave move to defy the industry’s traditional structures, but one that’s typical of Tait’s maverick spirit (we’re talking about a designer who scrapped and completely re-sketched the entire s/s16 collection post-Pitti). It’s part of the reason he belongs firmly in the band of emerging designers reinventing the system. Is it a risk? “I did worry about the show for a while when I was first starting to think about it, more because I felt like it would be something that was being taken away from me. But, I don’t see it in that way. What I’m preparing for Paris isn’t necessarily going to be easier… It’s just about redirecting my efforts and my energies into a new way of communicating the clothes.”

As a flag bearer for aspiring designers seeking to emulate Tait’s tightrope walk between creative freedom and a viable business, his move is not without a wider message. “I can appreciate how the speed of the fashion show and the amount of collections that are being expected are unsustainable for independent businesses with limited finance,” Tait notes. “I think there’s a huge amount of cheerleading that happens in the industry, where we take young people and celebrate them and advertise them in the media and write a lot of articles about them, but very few people are asking questions about the business and how it actually works and how they might struggle. I would hope that if anything comes out of this, it would be to encourage young designers to be a little bit more transparent about their hardships and what they want to achieve.” Pioneer, perfectionist and thinker, Thomas Tait is no longer just one to watch: He’s one to follow.