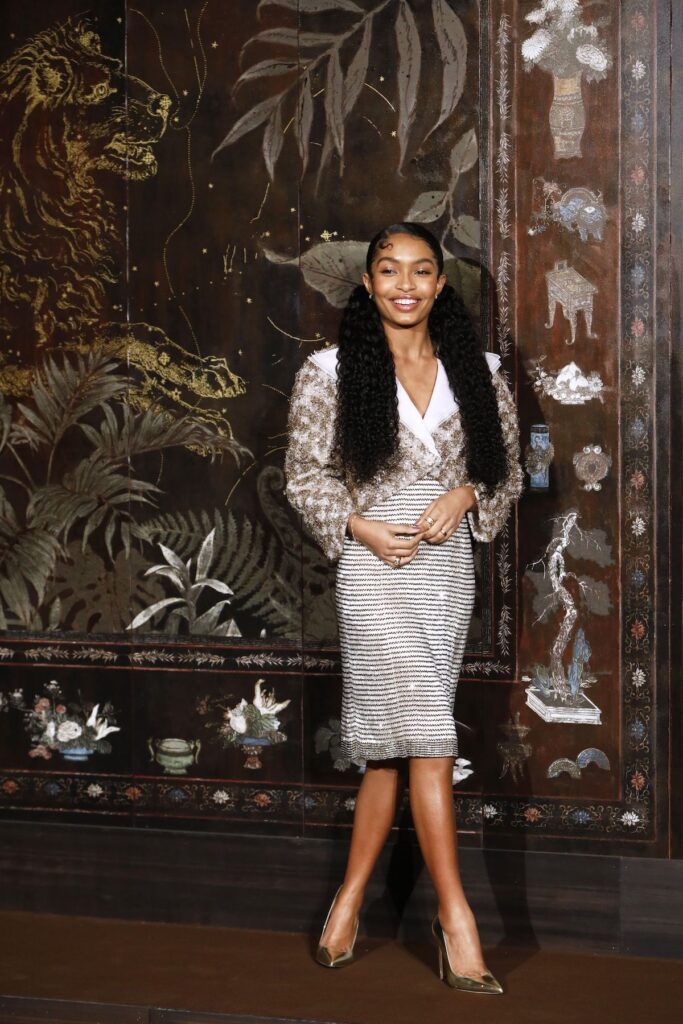 Actress, model, social activist and Chanel ambassador, Yara Shahidi, is one of Generation Z’s most prolific voices. Yara made more of a difference to the world than most people will achieve in their lifetime — few can claim to have had Michelle Obama offer to write a reference letter for their college application. Or have interviewed Hillary Clinton. Or set up an initiative to help empower young people to cast their vote. Or launched an online mentorship programme with the goal of ending poverty through education. Or be named one of the world’s best-dressed women. All before kissing goodbye to their teens. Here, MOJEH talks to the young talent to discuss what’s next.

How does it feel to be part of the chanel family?
I love being part of the family, it’s now really going into our second year, but it already feels like three. I’ve loved every moment because not only is it a classic brand with exceptional heritage, but it’s classic brand with a future focus –  its never been ‘oh, this is what it takes to be a Chanel ambassador or woman, it’s about how do we express Yara within what Chanel has to offer in terms of self-expression and that’s always been fun. 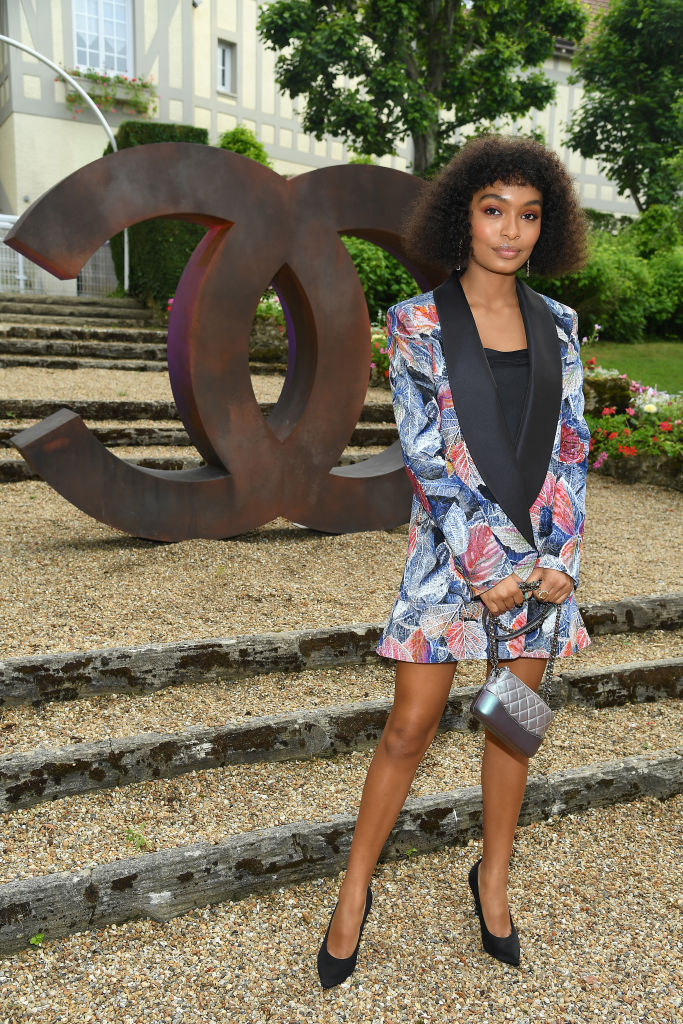 What kind of role does fashion play in your life and career? Does it empower you?
It’s absolutely empowering! not just because I’ve vowed to not wear things I don’t like – but fashion has always been about accessibility, and the politics of accessibility. For me personally its always been about self expression and there are times in which I use it to take up space – and I think that’s a powerful act to be taking up space, and being bright and vivacious reflecting how you feel inside outside, which is why I think I’m usually wearing pretty bright colours. But more than that, it has real cultural importance. Being part of a family in which there have been so many significant political and cultural movements that I’ve been witness to, fashion has been pivotal in terms of how we get to operate in the world.

Last year was huge for you, what were your 2019 highlights?
I was actually just writing down and trying to figure it out, but it was a big year…where do I begin? In January we launched season 2 of Grown-ish, this was a career highlight because making television has always been what I’ve been most passionate about. So to be in a position to actually do that has been inspiring, and I think it’s the culmination of many years of work. 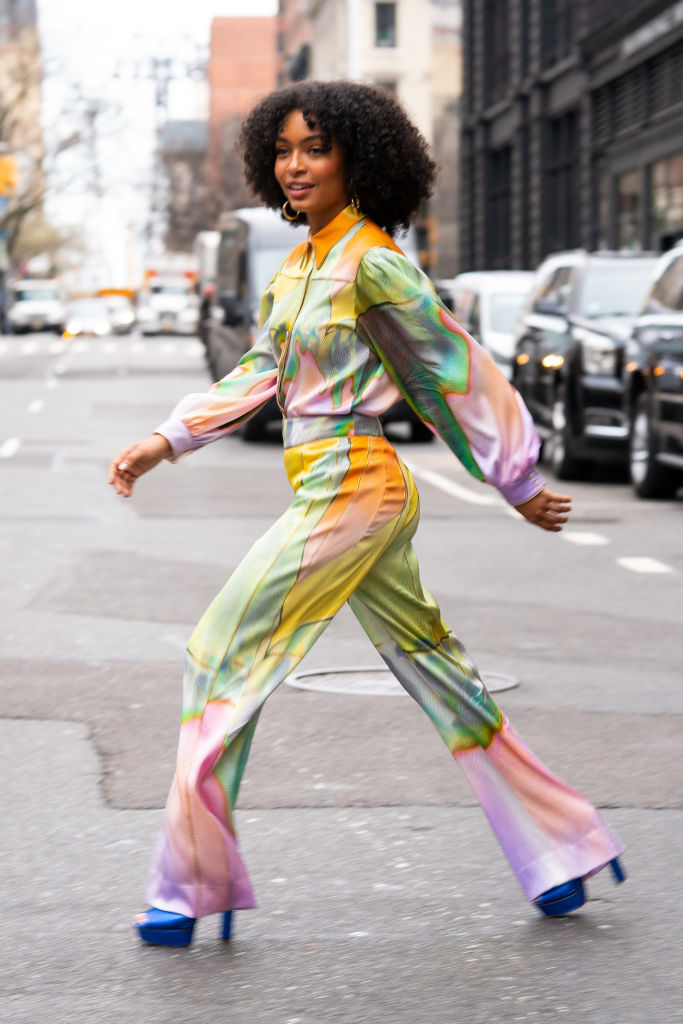 What were your personal highlights, outside of the limelight?
I think a lot of my highlights have been travelling with family. We’ve always moved as a family unit, and now I’m able to incorporate my entire family into my work and let them move with me. The last time I was in Paris my entire family joined me, it was beautiful.

You are an activist for gender inequality in media, what does this mean to you?
I’m excited because the goal is to create infrastructural changes that I think we are very used to seeing, or not used to seeing, but we’re seeing a slow progress in terms of diversity and inclusion on screen. But I think its always been important to me to make sure that’s being maintained off screen and behind the cameras, and to make sure that the people making these decisions are the people that are being represented.

Tell us about your involvement in the SeeHer movement?
With SeeHer we’re able to make those infrastructural changes to continue be in partnership with brands and hold everyone accountable, and each other accountable for how we portray young women in media and how we portray us as complex human beings. And hopefully that will continue to expand into every identity and we can do the same for everybody, because I know that everybody is deserving of it, and it’s a lovely first step to continue to hold people accountable and make changes that may not be as evident on screen immediately, but I do feel like they have ripple effect that last a really long time. 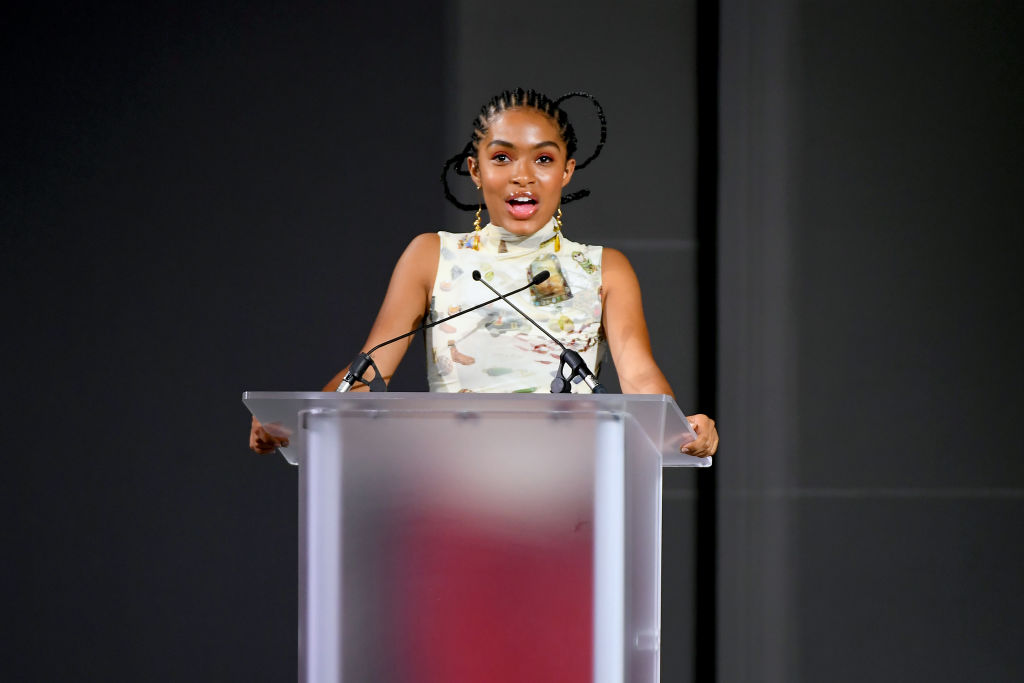 What does it feel like to know that you are doing something so remarkable?
It’s been nerve wracking and inspiring to be viewed in the same vein as all the people I’m inspired by, its surreal to have my name mentioned with other women like Greta Thunberg and Emma Watson, who I think are doing such incredible work. But I think that I should take that as a sign and continue to do more good work, and I am grateful that people continue to support my platform and what I’m doing outside of acting.

You’re unafraid to make a stand for your beliefs, but what do you want to achieve from this?
My metric for success is having an impact on something greater than myself. That purpose may be as simple as providing joy, or it may be helping in the field of equity, or amplifying other people’s voices.

What’s next for you, what are your goals for the future?
What’s been inspiring is the fact that I’m one of so many people doing this work, and the goal is never to be the face of anything, the goal is never to feel that I’m the voice of anyone because I feel would be an unfair representation. My goal has always been to be one of many, to be one of many people doing necessary work, that really needs to be done to change what needs to be changed.