By marrying his own design encryptions with that of Louis Vuitton originals, Nicolas Ghesquière stakes his claim on a new era for the famed fashion house.

Nicolas Ghesquière’s Louis Vuitton girl sauntered down the runway in Paris’ Cour Carrée last March in a wardrobe of black leathers, soft caramels, staple silhouettes and oh, a whole lot of Louis Vuitton history. From mini trunks to shrunken down padlocks and keys, it was clear – even before a closer look backstage and then later on at the re-sees – Ghesquière’s first collection for the empire would nod toward the original codes of the 160-year- old fashion house.

‘The proud legacy. The inspiring history that looks to the future and to the world. The quest for authenticity and innovation. The desire for timelessness.’ These were just a few of the words left by Ghesquière for his audience at the AW14 show. As timeless XXX insignia delicately inspired prints and models held on tightly to shoppers cut from the age-old malletage fabric, we knew there was a story to be told. And so later in the year we travelled across to Asnières, a northwestern suburb of Paris, which houses the Louis Vuitton workshops and former family residences, to get a taste for the house’s history.

Arriving at the maison is a treat in itself; culture and creativity seep out of its great walls, injecting the surrounding garden and its flora with life and colour. Inside presents itself as both a museum housing its history and a loving family home and fittingly it’s here that we first meet with Patrick-Louis Vuitton, a fifth generation direct descendant and great-great grandson to the original Louis. He is currently responsible for special orders from Asnières such as explorer trunks and musicians cases – ‘the absolute expression of Louis Vuitton’s savoir faire’ as he puts it. 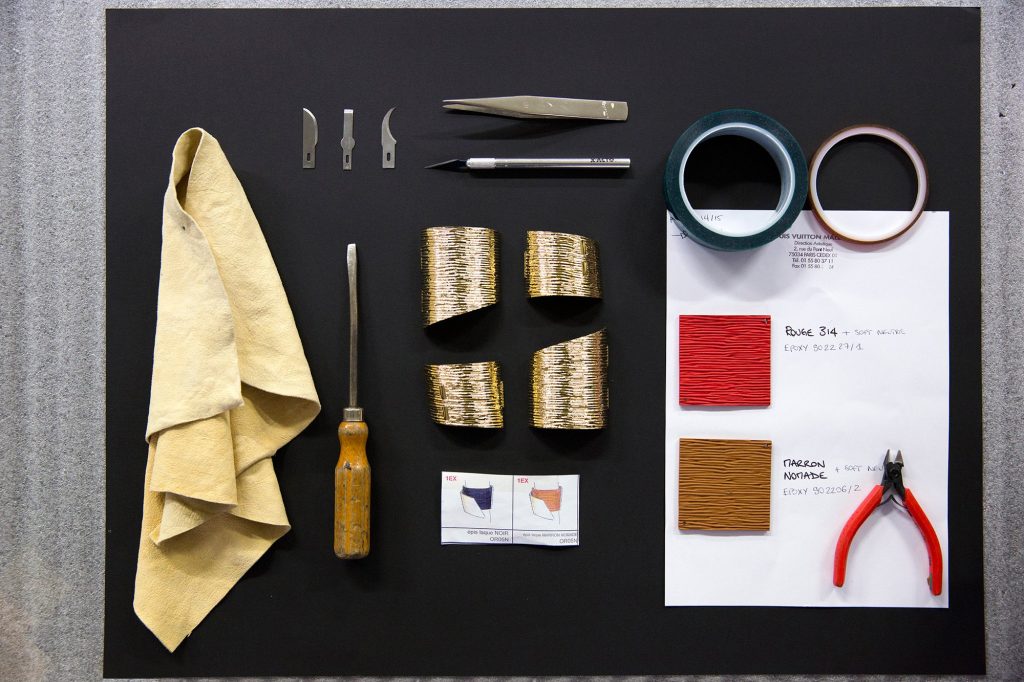 Having grown up in the house and starting his career as an accomplished craftsman in the workshop at just 22 years, he has a story or two to tell. ‘I was not born in a trunk but I might as well have been. I grew up in Asnières, a hop and a skip from the factory where I became an apprentice,’ says Patrick- Louis Vuitton in Legendary Trunks. ‘I worked my way up the ladder at every post in the workshops. Finally I designed my first special order, a hi-fi trunk for a Japanese orchestra conductor.’ Floral motifs decorate the interiors – not too dissimilar from the seventies prints seen across Ghesquière’s skirts and dresses – and lavish stained glass windows add to the home’s deep history. Intermittent within the stained squares are small clear-glassed gaps, previously used by the family to look across to the workshops and its artisans residing just across the lawn.

Renovated in 2005 but standing for more than 150 years, the workshop is home to the company’s luggage, bags, special orders and exceptional and exotic leather pieces. The maison distinguishes two types of special orders: ‘made-to-order’ and ‘custom-made’, re-interpretations of the permanent collections and bespoke, unique pieces respectively. ‘Unfortunately, there are no statistics that give the exact number of trunks made in our workshops over the last century and a half. Surely, the number is in the hundreds of thousands. They are scattered to the four corners of the globe. Some sleep in attics, others are in museums, others are still traveling,’ said Patrick- Louis Vuitton. ‘Yes, the whole world came to Vuitton and placed its trust in us.’ 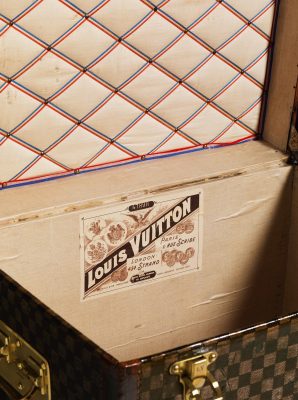 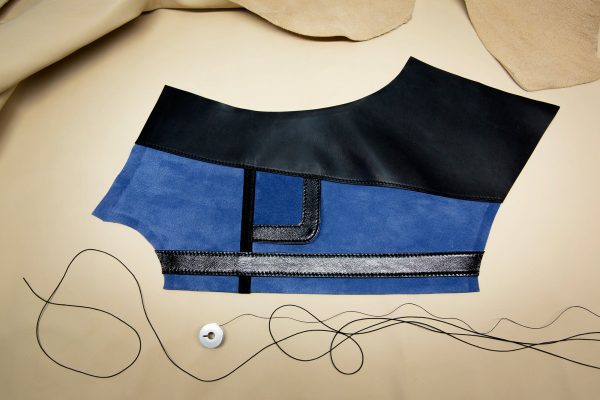 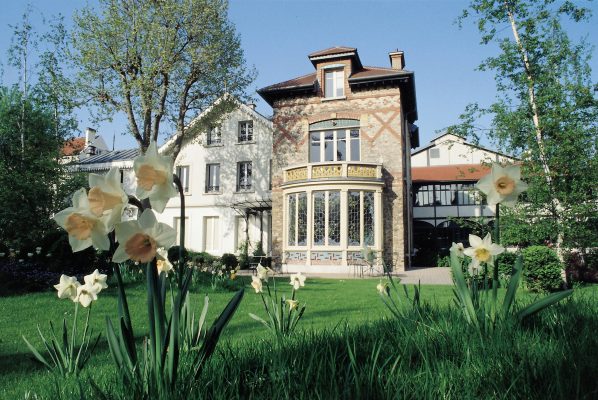 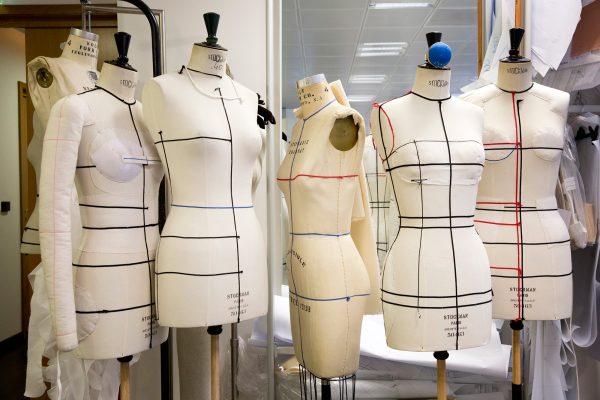 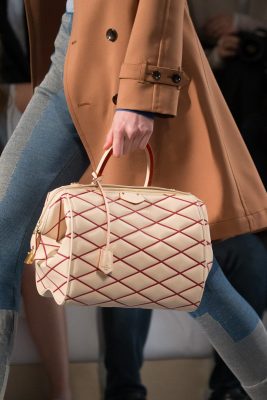 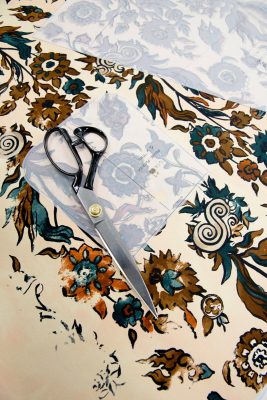 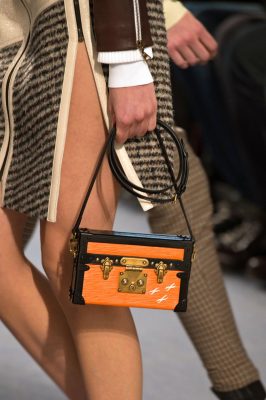 Take just one step inside and the smell of leather, steel, wood and history fuels the air around you. One glance to either side – where locksmiths carve out the famous monograms and padlocks as the end credits to their trunks – it becomes clear that we’re on the same journey taken by Ghesquière before embarking on his first collection. ‘There are universal codes which belong exclusively to Maison Louis Vuitton. The objective was to reclaim them and to transform them into new territory,’ Ghesquière told the house. ‘I wanted to have lots of leather details both on the bags, of course, but also on the clothes.’ And like a storybook brought to life, these codes were reinvented throughout his collections, whether done apparently or delicately. Take the padlock and its key along with the V emblem belonging to the artisans of Asnières – for Ghesquière these formed singular earrings grazing model’s shoulder blades, later to become best sellers in the collection. Similarly, miniature trunks dangled as small gold necklaces – a gentle but charming nod toward the house’s core.

As we wandered through the workshops and made our way up to the leather floor, the essence of the collection became more apparent. Epi leather – which formed the season’s popular Petite Malle bag along with some key shoes and accessories such as the oversized cuffs – was celebrated by the house for its robust nature and used in a number of their luggage pieces. Ghesquière fell for the material due to its light reflecting qualities, adding instant energy and allure to his own pieces. Digging even deeper into the house’s past, his miniature trunks also featured the XXX, an emblem adopted by the famous French philanthropist Mr. Albert Kahn in the early twenties to trademark his trunks.

Malletage is also apparent – a diamond-quilting pattern which originally appeared on the inside of Louis Vuitton’s trunks and speaks volumes of the maison’s attention to detail. Ghesquière experimented with the fabric in mainly black and white, manipulating its original use for his collection by taking it outside of bags instead of in. This proved to be a successful move, with pieces becoming cult favourites and passing through to his next collections.

Nicolas Ghesquière takes ownership of a new era for the French house by paying respect to the brand that gave him his biggest break yet while staying true to his own design identities, showcased previously at Balenciaga. It’s an era where two design worlds collide and DNA straddles old with new; custom with avant-garde. On our departure from Asnières, we question where Ghesquière might go next to decode Louis Vuitton’s history.