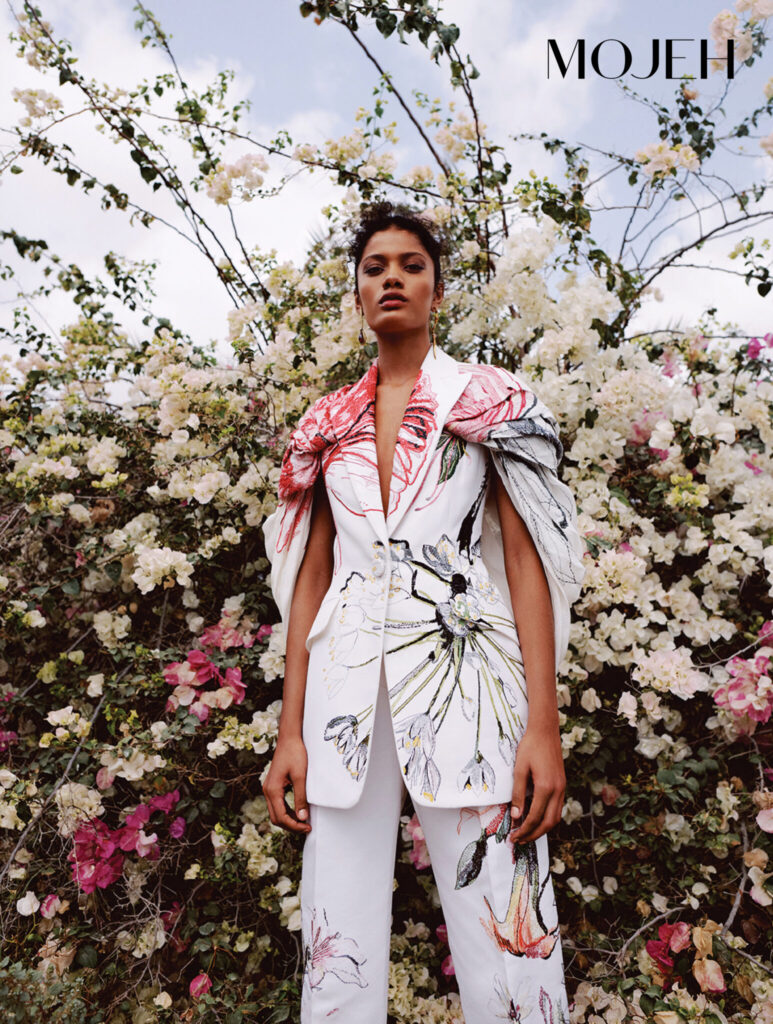 Photography by Greg Adamski | Styling by Natascha Hawke | For MOJEH 76

“I’ve always been inspired by nature – it’s a thread which runs through everything we create at McQueen,” said Alexander McQueen’s creative director, Sarah Burton. “The most important thing now is for us to reconnect with nature.”

For Alexander McQueen’s SS20 collection, Sarah Burton was drawn to the beauty of rare blooms and extinct flowers that fall into McQueen’s deep rooted connection with nature.

A cornerstone reference for Lee McQueen, the house has long history of exploring natural forms through the lens of fashion — whether it’s reinterpreting the movement of butterflies, recreating fossil prints, blossoming roses or the intricate work of bees. Burton continues this motif in the SS20 pieces which are sprawled in hand-embroidered artwork inspired by endangered flowers. 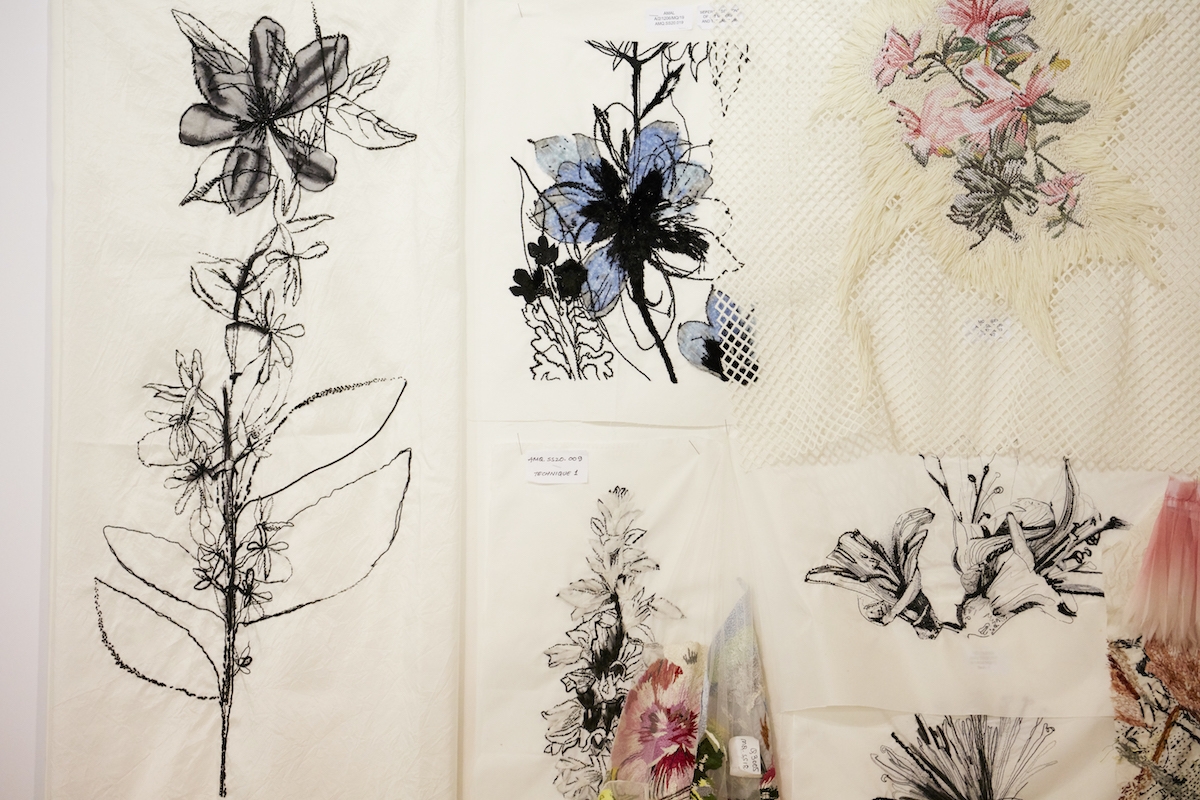 The endangered flower embroidery mood board

Sat in glass houses brimming with unusual blooms, the Alexander McQueen team sketched the initial artwork for the endangered flower embroideries; detailing the vivid colour spectrums, the delicate movement and the natural beauty of each flower which is later translated onto exploding sleeves that mimic unfolding petals and linen dresses with cocoon-like backs. 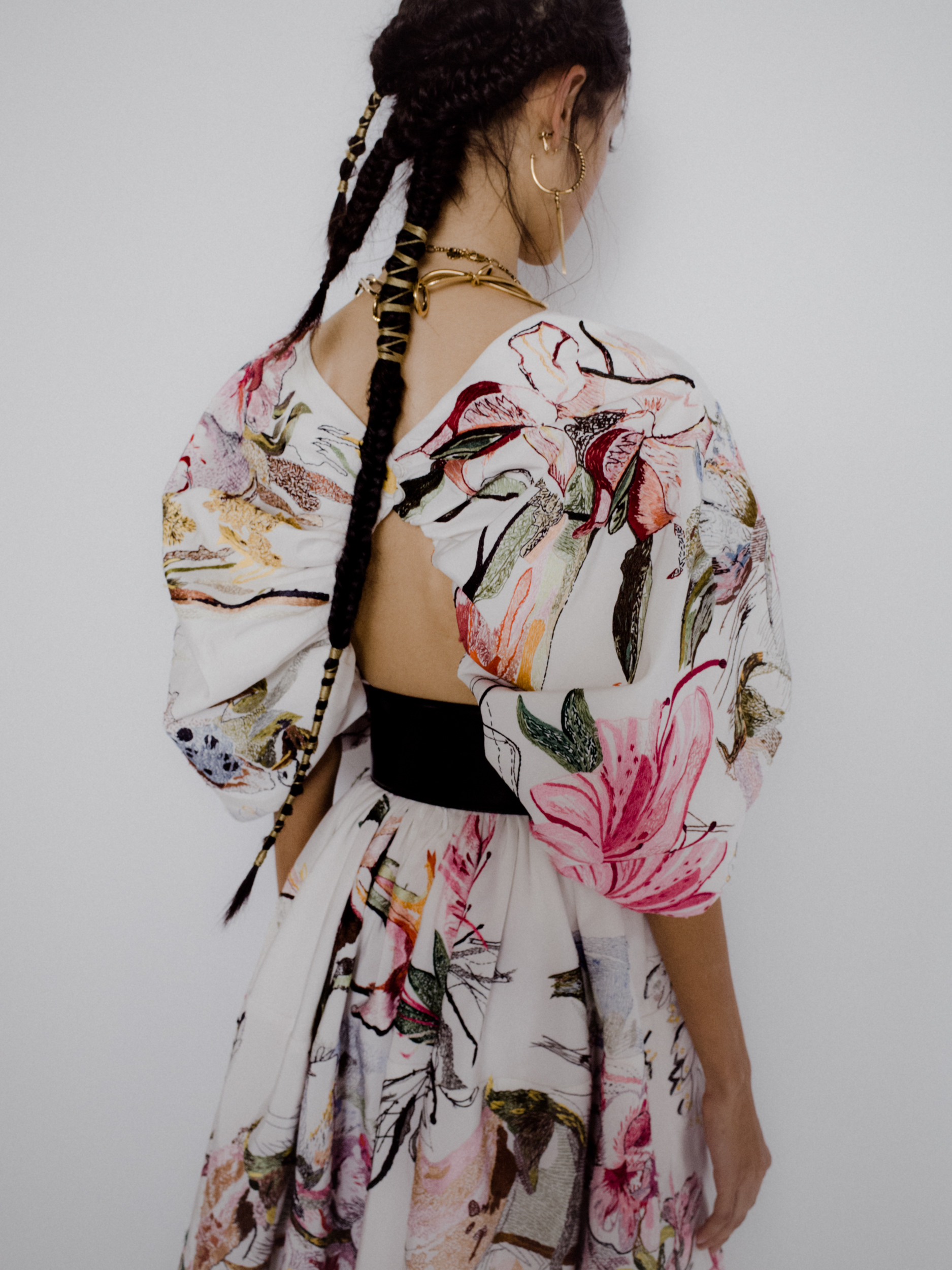 The back of one of the hand-embroidered linen dresses

After extensive research into the varying types of flora and a dip into the house archives — pulling out samples and techniques from previous collections which could be upcycled into the current —  the team began to paint the chosen blooms in the studio. 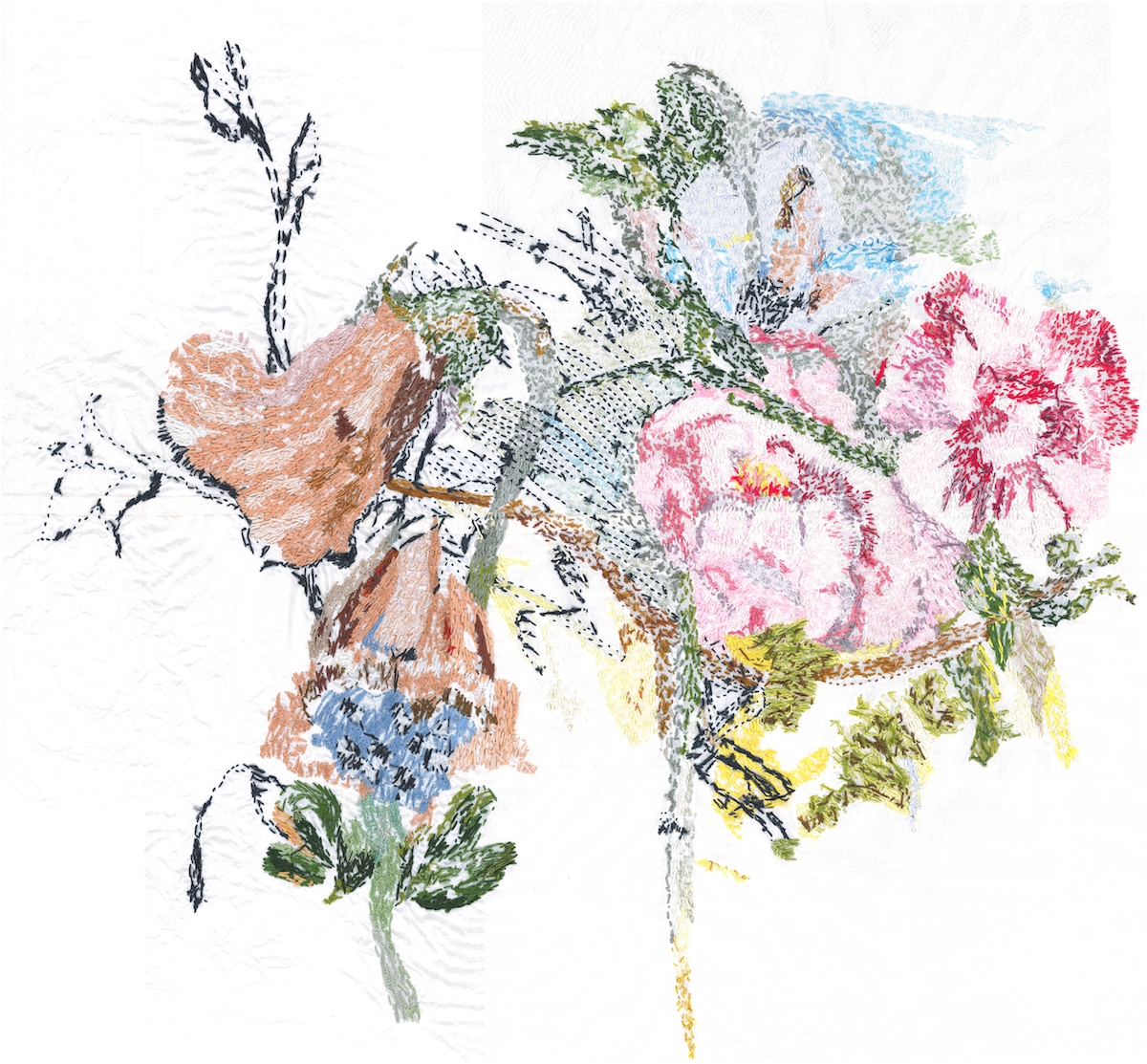 The design team then experimented with flower placements digitally and physically, pinning artwork onto toiles and playing with patterns in relation to the garment’s silhouette and fit. After this process was perfected, the artwork was sent to the hand-embroiderer to work on the different panels, which are then returned to the Alexander McQueen studio where they are stitched together to create the finished look. 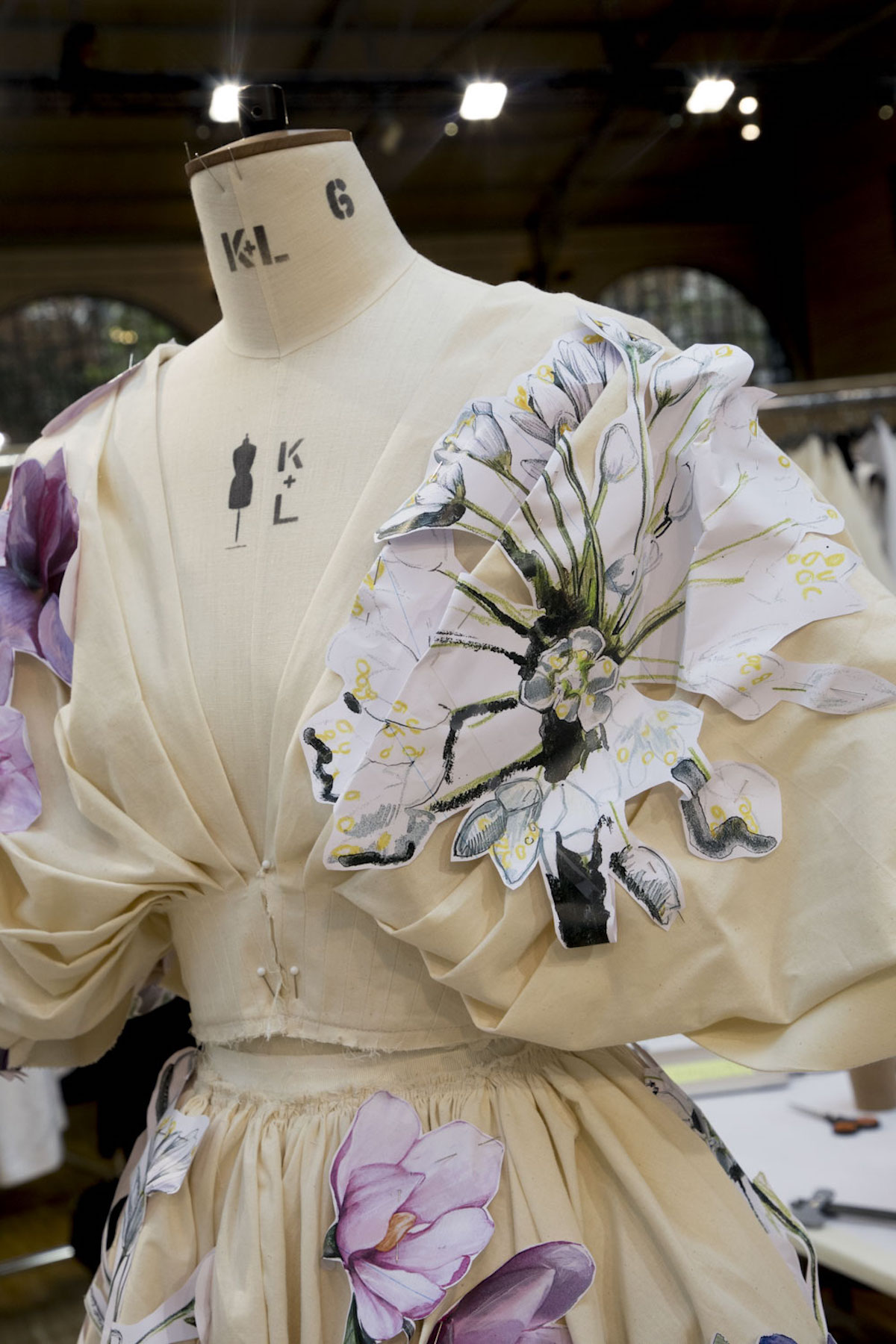 The pinning-of-the-artwork part of the process

The final result is couture-like ivory dresses made form Irish linen and decorated in intricate embroideries of beautiful blooms that are a work of art in their own right — resembling a stunning spring inspired watercolour that could easily be placed upon the wall.

While the cotton silk tailored suit, with its blazer that drapes effortlessly across the back and sleeves that cascade down the arm, is like a petal painted in fuchsia offset with subtle tones of orange, yellow and green that thread back into nature. Alexandermcqueen.com 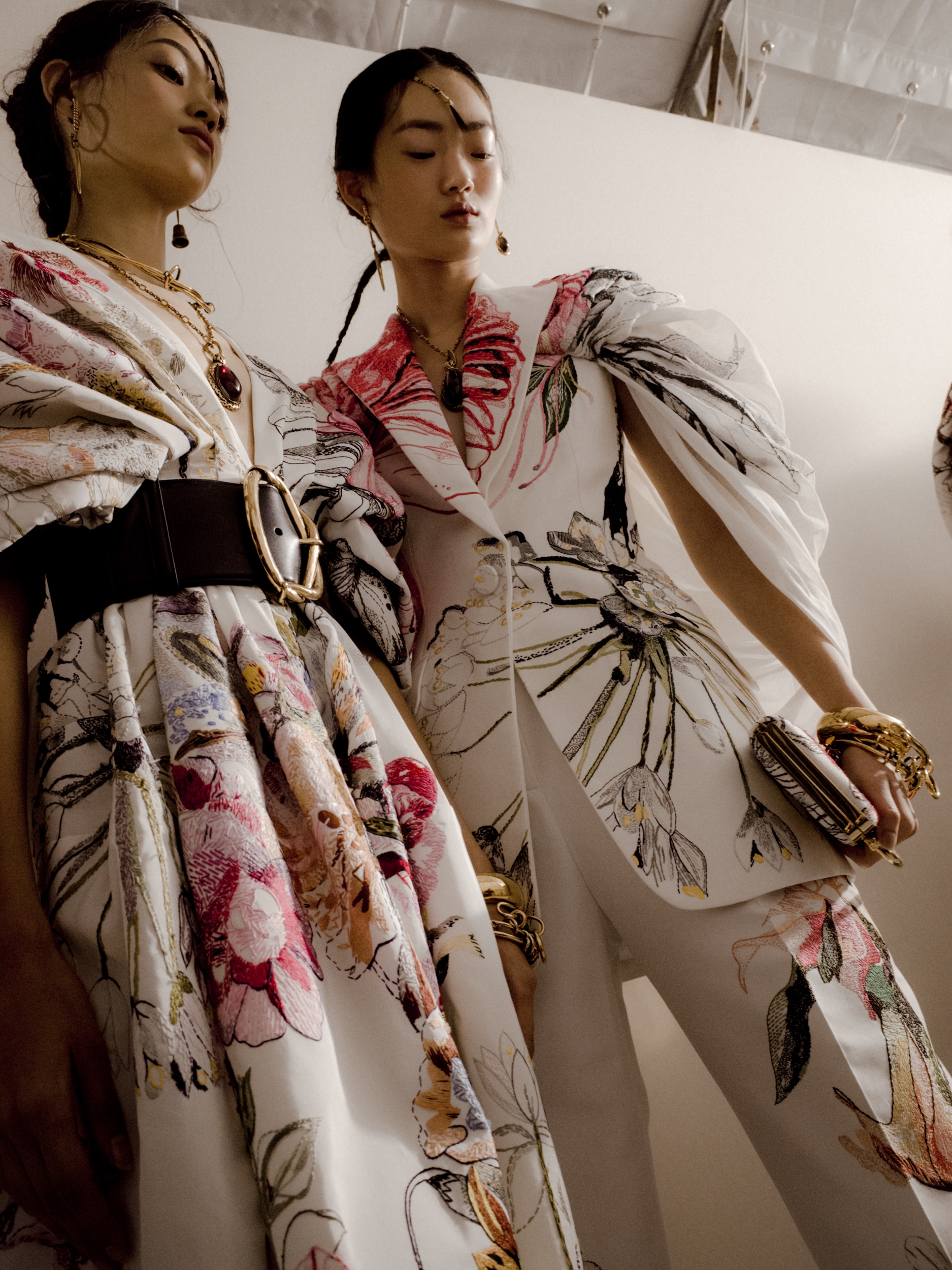 From Boss Boots To Barely-There Bags, Elevate Autumn Dressing With These Accessory Trends

The Shoot: Dior’s Lord Of The Manor For MOJEH Men