SS15: A Memory In Fashion

In a season that saw a changing of the guard between the old and new, it was the collections themselves that showcased a sense of nostalgia… for the future. 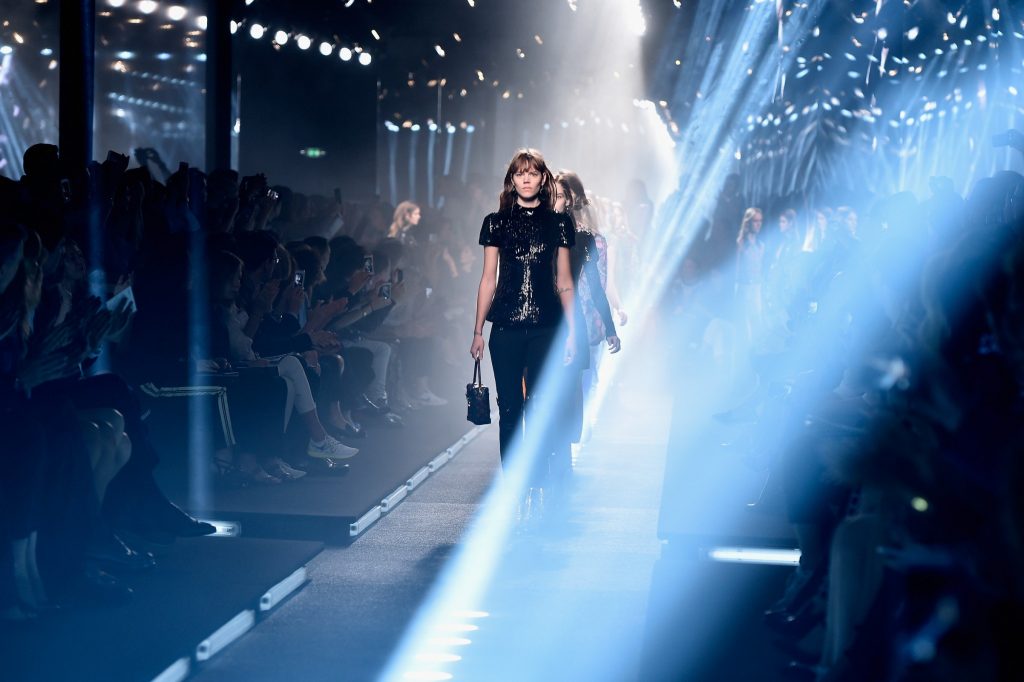 Designers drew inspiration from a period when clothes were a product of their time and where idealism was a genuine alternative to make the world a better place. That sense of naivety born from optimism is worlds apart from the fast fashion we’re consuming today. With a turnover of five annual collections (six if couture is concerned), designers have long suffered under the weight of market expectations. Instead, SS15 reclaimed past inspirations with designers reanimating ideas they originally conceived of in their early years.

This was perhaps most evident in Scottish-born, London-bred Christopher Kane’s collection. Kane dedicated his show in homage to the passing of Central Saint Martin’s fashion lecturer Louise Wilson, who died in May. While the nuance of a colour palette drenched in prim Bordeaux and silk satin called on a new sophisticated eye for Kane, it was the techniques he honed in on that brought his collection to life. Kane referenced past sketches he made as a student while at Central Saint Martins – in particular the rope configurations that interspersed between forms from bright to dark. They spoke of a new integrity for the designer, one that tied the relationship between him and Wilson, between his student days and now, between his original aesthetics (transformed from old memories) and his new concepts.

At Dior, Raf Simons fashioned his latest collection from the archives. As with other designers this season, Simons’ influence of the old didn’t depend on recalling inspiration from centuries past, rather a more forward thinking interpretation of his own concept of what the past was. It could be seen in the myriad of petticoat quilting that riffed on his pannier silhouettes from his couture collection in July. The ergonomic boiler suits also presented a fresh perspective on sportswear like that of Simons’ couture interpretation of the astronaut suit. There the focus was on clothes that were informed by subsequent time periods – evocative of sci-fi – only updated using archival silhouettes.
This notion of using the old for the new played into designers enjoying a new sense of familiarity. Take the unabashed final production from the legendary Jean Paul Gaultier, who announced that last season would be his last ever foray in ready-to-wear. His collection didn’t recall any deep or meaningful message; instead it celebrated JPG’s own history. It showcased a beauty pageant display of ‘Miss Jean Paul Gaultier’ hopefuls that marched around the stage in classic Gaultier stripes. The show continued through nine categories – from footballers wives to caricatures of iconic fashion personalities – as a parade of greatest hits from his illustrious career. 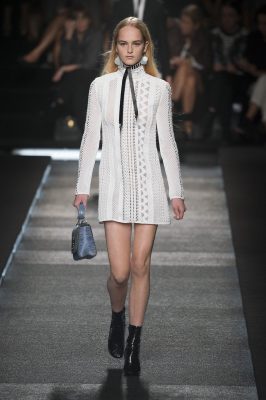 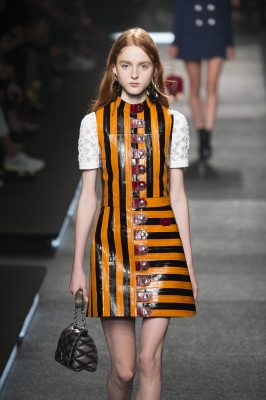 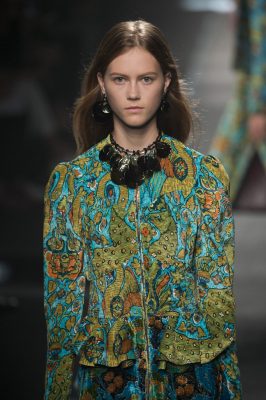 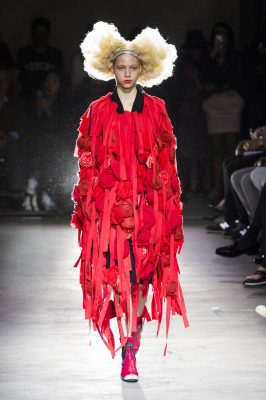 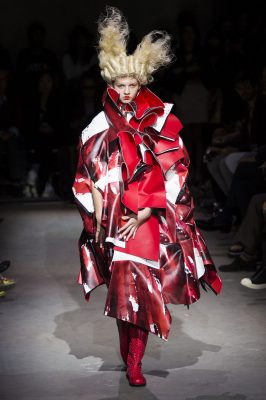 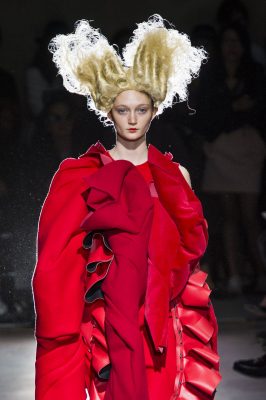 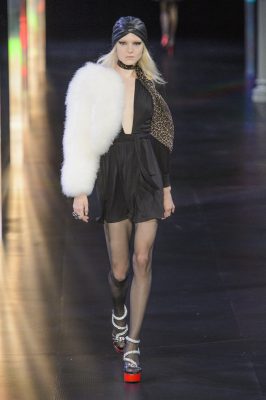 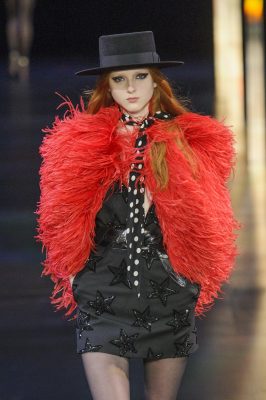 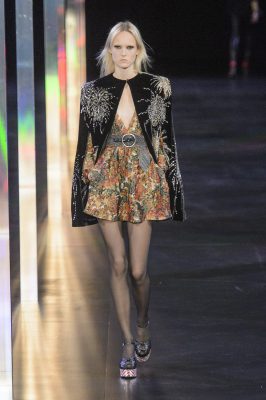 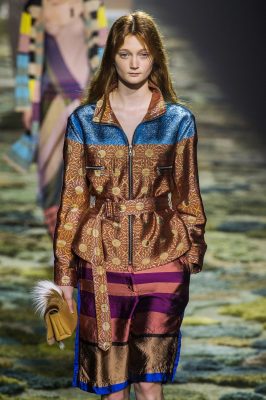 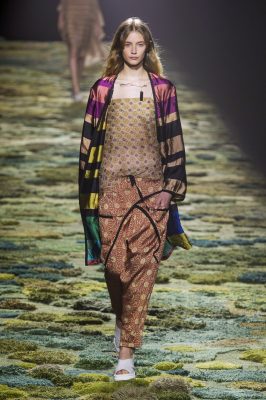 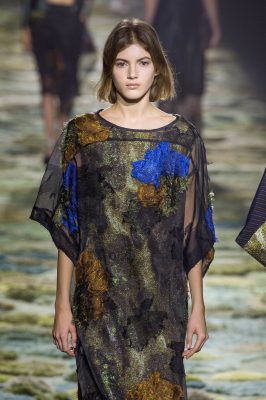 Nostalgia made its mark on Dries Van Noten too, whose version took on a somber undertone following news coverage of the Middle East conflicts. His artisanal hand referenced John Everett Millais’ Ophelia, the key representation of the Pre-Raphaelite art movement. Van Noten reimagined the scene with a dusk lit runway laden with moss – which in fact was a bespoke carpet crafted by Argentinean artist Alexandra Kehayoglou. His rendering of a new bohemian woman resounded at the shows finale, with models settling on the mossy ground. Outside of the abstract, Van Noten’s collection underpinned both optimism and melancholy, just like Hamlet’s doomed girlfriend. During hardship and war, he reminded us of fashion’s job to interpret beauty while taking a moment to consider present woes.

Whilst Van Noten transported us to a different, much brighter world, Rei Kawakubo’s Commes des Garçons show explored the harsh reality of the present. Her visceral reaction to mounting political tensions saw a collection defined in saturated forms – utilising red on stained garments, as if wounded by colour. Kawakubo’s perturbed notion was less about impressing the fashion world and instead an acknowledgment of wider issues.

At Louis Vuitton those wider issues were confined in an aerodynamic Fondation Louis Vuitton show space designed by Frank Gehry. Aligned with Simons’ modernism, Nicolas Ghesquiere tread on a similar retro sci-fi periphery for his Vuitton muse. With lighting reminiscent of Spielberg’s 1977 space classic, Close Encounters of the Third Kind, Ghesquiere began his show with a hologram projection of faces screened around the catwalk. His message for Louis Vuitton was clear – we can journey to any part of the universe without motion. 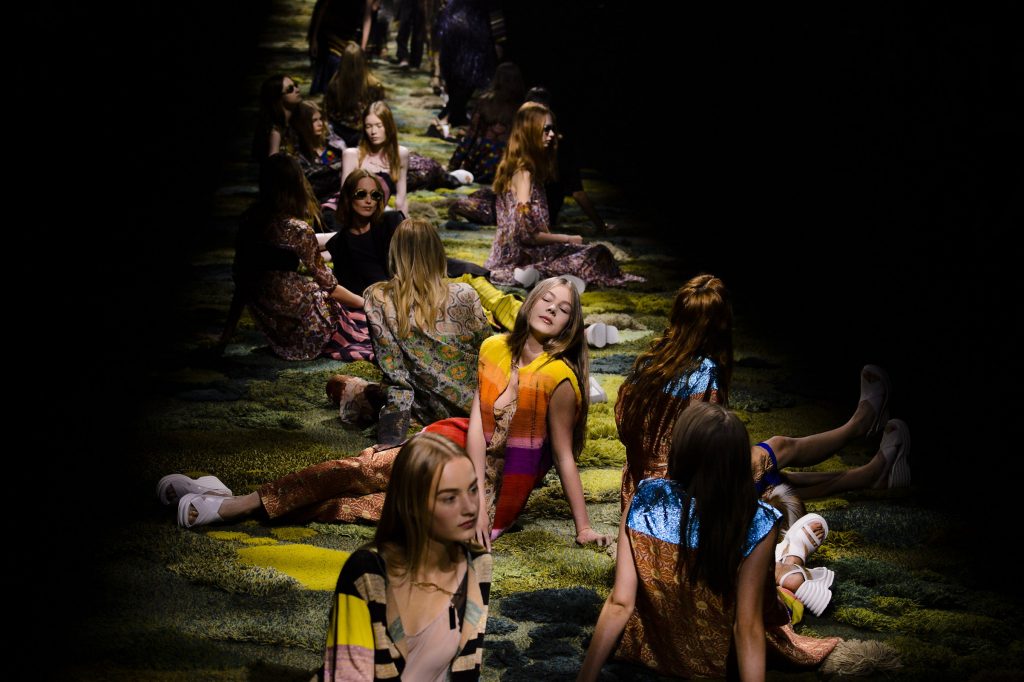 During his time at Balenciaga Ghesquiere proposed space dress in spongy neoprene shell tops and ergonomic footwear. Including 2007’s wildly successful C-3P0 leggings. This season however, the look was less cliché. The clothes he fabricated looked backward in a forward-thinking way – however retro that notion was. In every element of the collection – the multi-textured velvet, lacquered leather, patchwork and knitted pieces – echoed Ghesquiere’s throwback to the late sixties, early seventies concept of space age travel. As Simons questioned the meaning of modern for today, Ghesquiere took us back to the future by grasping the literal interpretation of it from decades past.
Given how fractured trends are season after season, it’s little wonder why certain designers continue in the same creative vein. Take Hedi Slimane at Saint Laurent. Apart from dropping the ‘Yves’ from the masthead, Slimane has transformed a house so deeply engrained in Parisian fashion into a commercially viable superbrand. Nostalgia for Slimane encapsulates his familiar Cali club kid. For spring that meant distilling his already established seventies zeitgeist through the stages of rock, and this season called on glam rock.

Miuccia Prada’s typically maverick take on nostalgia juxtaposed fabric manipulations in intended ugly formations. At her namesake Prada show she celebrated traditional workmanship by topstitching appliqued fabrics and purposely fraying hems. Those unfinished elements were an obvious ode to a time before fast fashion where fabrics were appreciated for their beauty. That beauty was twisted and dark for spring with clothes that comprised luxury with scraps of raw cotton and brocade. Prada repurposed the old with the new, rather than replacing it. 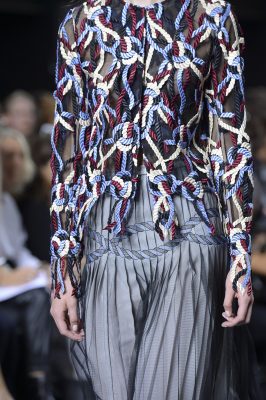 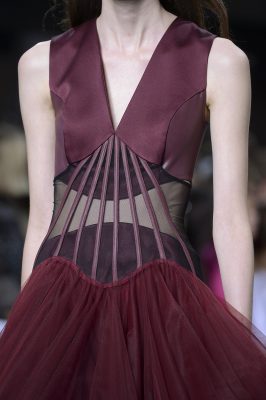 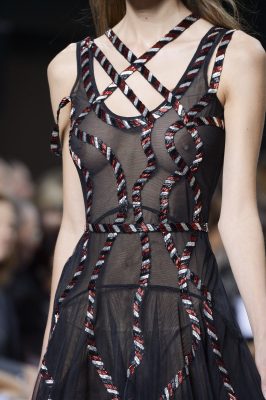 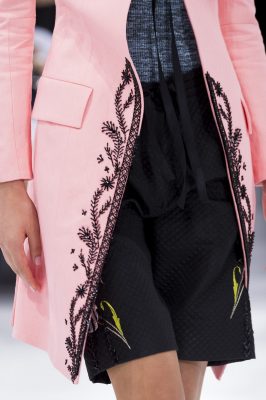 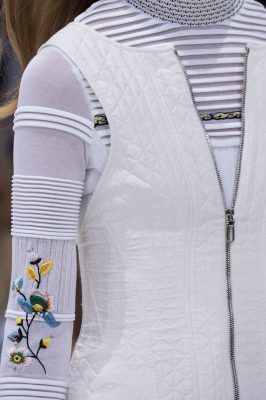 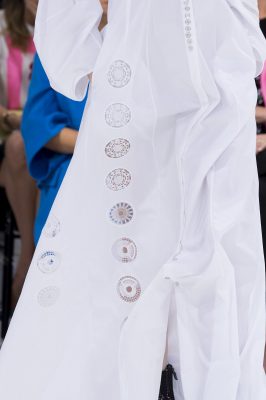 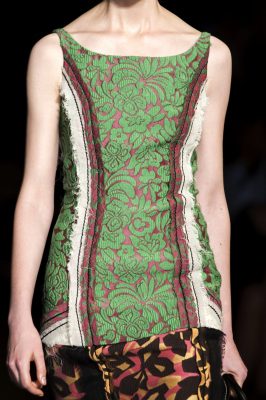 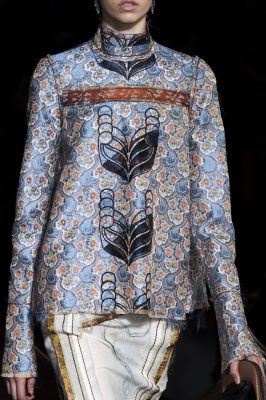 In a season that saw designers push references into new interpretations, fashion adopted a new type of language – one that acknowledged the past but projected it into the future. Whether modernism reminisced retro idealism, or the origins of nostalgia derived from past archives, we were made to stop and consider.

#NeverForget: Lebanese Creatives Reflect One Year After The Beirut Explosion

A Day In The Life Of… Fitness Expert Goli Hashtroudi Cramer