In 1918, Gabrielle Chanel acquired an 18th century building situated at 31 rue Cambon. It was at this address that Coco began to build her tweed-infused empire and establish her couture house. The ground floor was occupied by a boutique; the first floor housed a reception room to present collections and hold fittings; and Gabrielle Chanel’s own private apartment — a Baroque realm filled with treasures — was nestled on the second floor; while the remaining levels provided studio space and workshops for ateliers.

Today, the address is still the beating heart of the house — linked by the magical Art Deco mirrored staircase where the couturier would watch her shows from afar. The walls of 31 rue Cambon have seen over a century of creation, from Gabrielle Chanel herself, to Karl Lagerfeld and now, Virginie Viard. 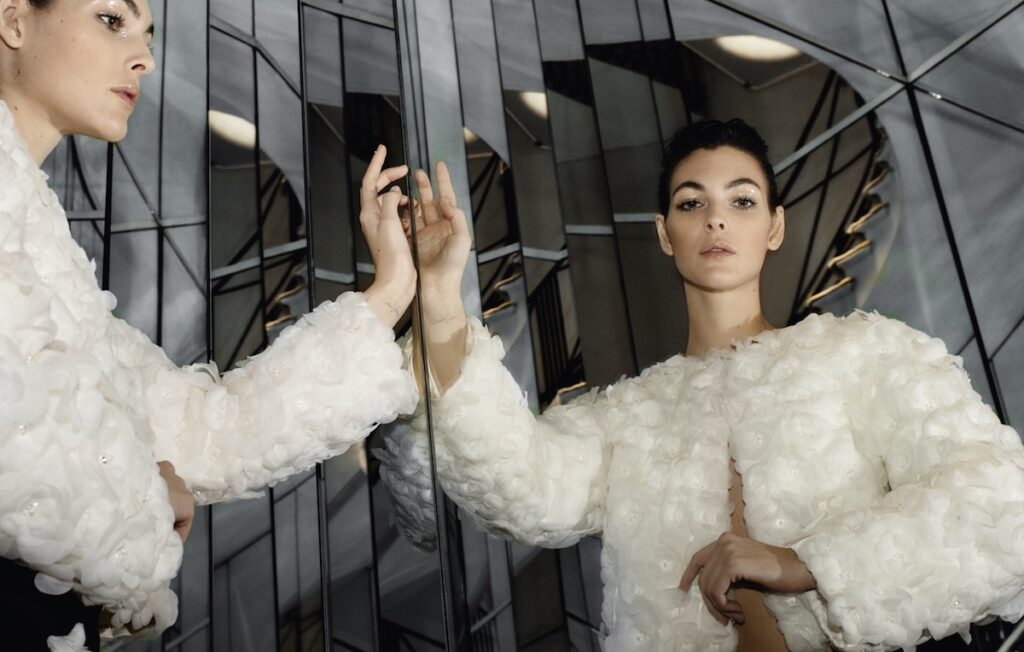 For the 2019/20 Métiers d’art collection, held last December at the Grand Palais, Viard recreated 31 rue Cambon’s haute couture salons, Mademoiselle Chanel’s apartment and the renowned mirrored staircase which was also used as a backdrop to the collection campaign. The campaign was photographed by Melodie McDaniel and directed by acclaimed American filmmaker, Sofia Coppola, who also assisted Viard on the runway decor for the show.

Comprised of satin crêpe ensembles, fluid dresses, richly embroidered tweeds and quilted bronze coats, the  Métiers d’art collection was bursting with house emblems and motifs — from a minaudière in the shape of a golden cage (reminiscent of a little bird cage in Mademoiselle’s apartment) to a white cape in silk organza printed with camellias (Mademoiselle’s favored flower).

To mark the arrival of the collection in boutiques, Sofia Coppola has created a film that celebrates the iconic 31 rue Cambon address and poetically looks back at its past and present. Watch the short film below…

Read Next: Chanel’s couture muse is a punk princess

Dior Cruise 2021: Dresses For Every Day Of The Week, Artist Pietro Ruffo, And More