The Style Safari: How To Wear The Trend

While January positions itself as the month of paring back and detoxing, it’s also the month when the spring summer collections start to drop. And while we might just be on the cusp of a new season, fashion insiders have already been getting a head start on the trends set to define this summer.

When hot-footing around the spring summer shows it was clear autumn winter’s affair with utilitarian style would seamlessly transcend into summer. Although for warmer climes you need to shift from heavy boiler suits and outerwear, to light linens and Meryl Streep in Out Of Africa-inspired separates. 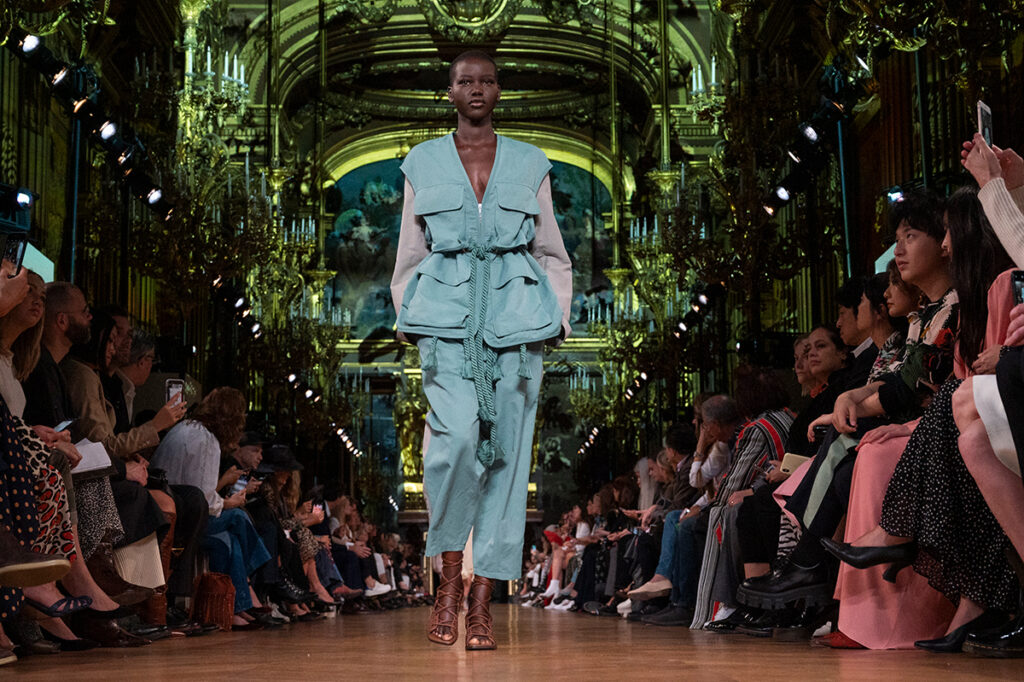 While the safari trend is one that crops up regularly, fashion’s current and thoroughly modern take on the African-inspired utility wear is a luxury juxtaposition of textures and fabrics which make it utterly wearable.

Show goers were seen in beige, camel and khaki coloured separates offering a very grown up and feminine take on utilitarian safari style. Over all, chunky boots and chunky accessories were left behind in favour of heels, and other more ladylike add ons. 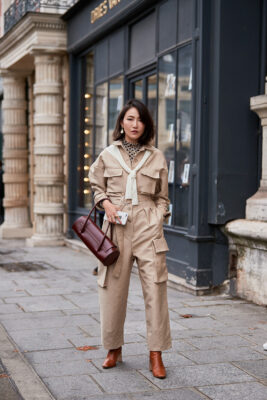 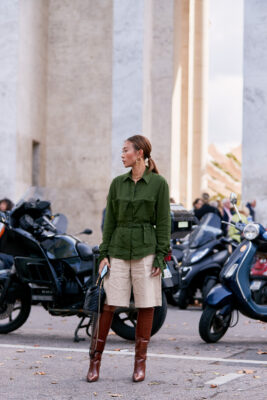 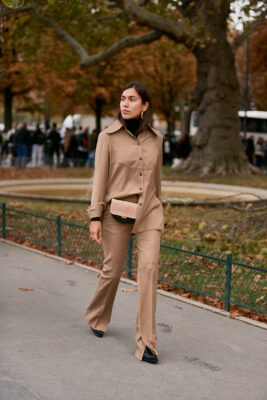 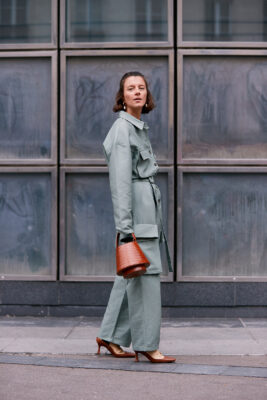 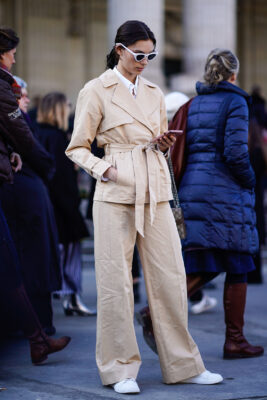 The focus of the trend lies heavily on jackets, like the heavy ‘trucker’ or ‘utility’ shirt-style jackets everyone was obsessed with for AW19, but for SS20 they have been given a fresh and light make-over. As long as it boasts over-sized pockets and some semblance of a belt, you’re on the right track. Light linens are also a winner.

The Dolce & Gabbana’s SS20 show led the fashion safari for the season. With the show space kitted out like a ‘Sicilian jungle’ – a leopard print carpet paved the way for giant palm trees and an army of models who took to the catwalk in safari suiting interspersed with animal print and topped off with pin-up girl scar headbands. 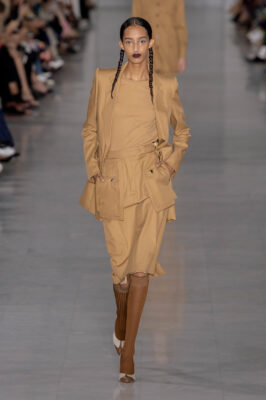 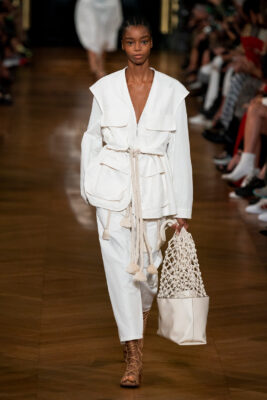 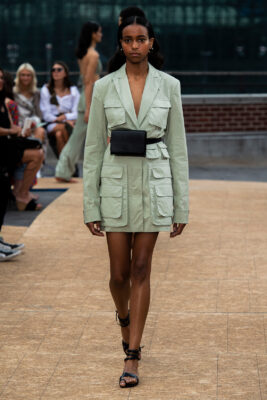 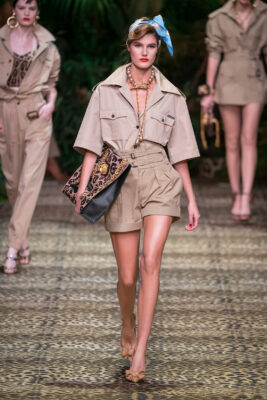 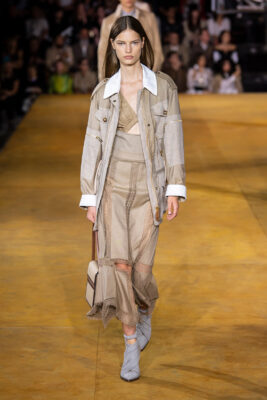 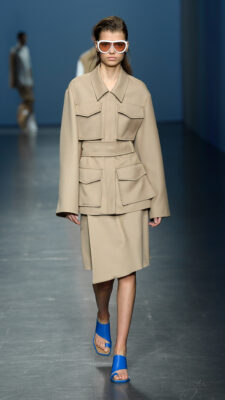 Boss offered a spin on a classic two piece suit by adding a quad of extra large pockets, Burberry’s safari-style co ord was deconstructed with contrasting fabrics, zips buttons and a white cuff and collar. Stella McCartney offered oversized tailoring an off-duty feel with exaggerated lapels and pockets – all tied up with ropes.

All in all, fashion’s new take on safari oozed wearability. So join the style set and shop our picks of the best pieces available now… 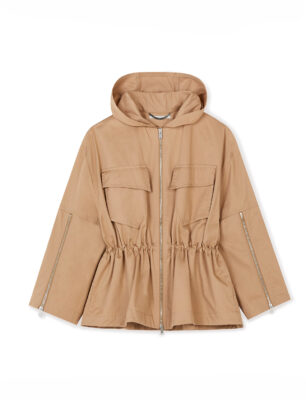 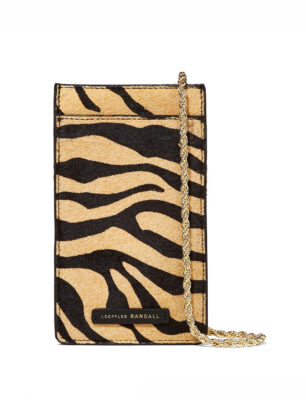 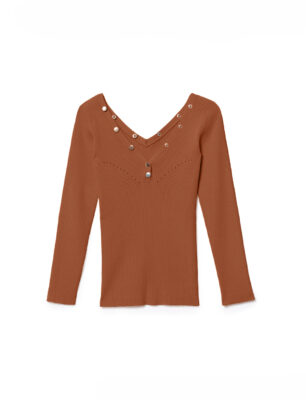 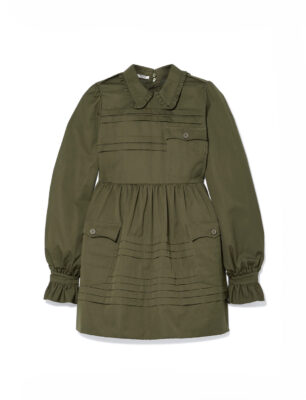 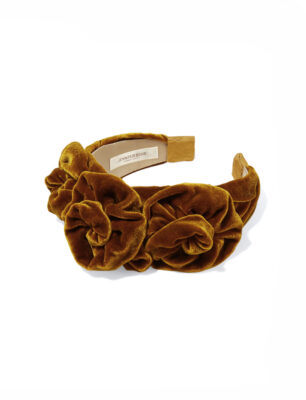 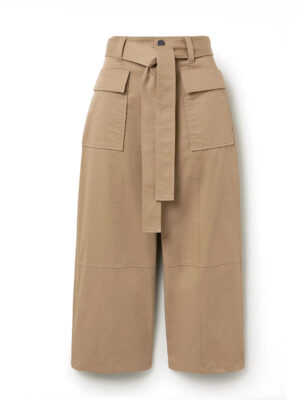 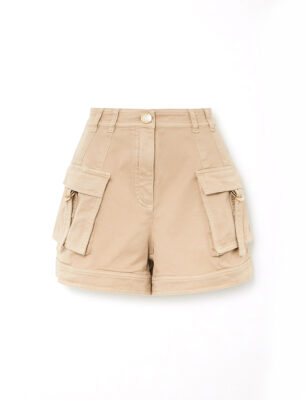 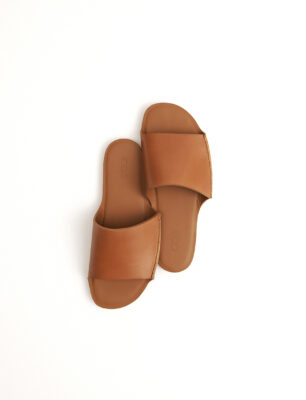 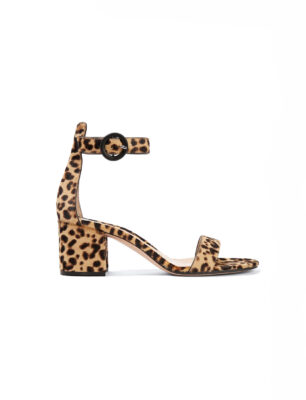 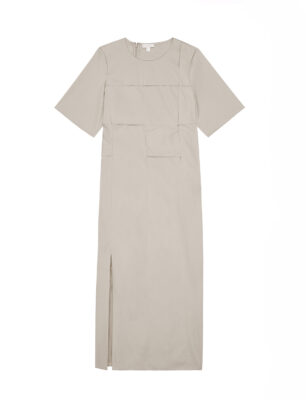 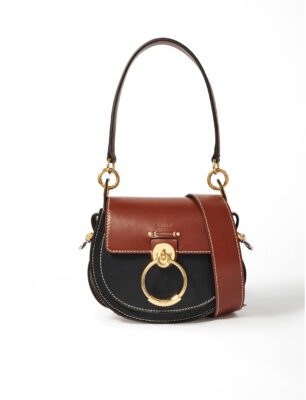